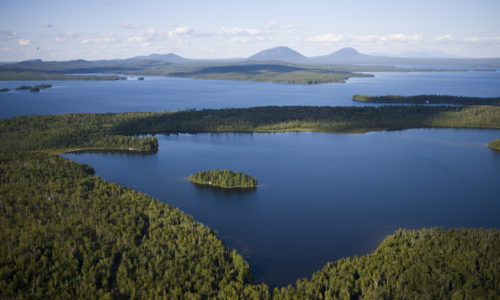 NRCM Executive Director Brownie Carson says that the world has changed enormously in the past year, making Plum Creek’s massive development proposal for Moosehead Lake seem like nothing but land speculation. At a press conference before a final session of Maine’s Land Use Regulation Commission, Carson said “We are urging the Commission in the strongest END_OF_DOCUMENT_TOKEN_TO_BE_REPLACED

Vast boreal forestlands in Alberta, Canada, are being ripped up by the world’s largest oil companies to extract “tar sands,” in what some have called the most destructive project on Earth. These tar sands are converted into a petroleum product destined mostly for sale in the United States. Maine currently imports very little gasoline from tar END_OF_DOCUMENT_TOKEN_TO_BE_REPLACED

For “Commute Another Way Week” I parked in Gardiner and ran six miles up the Kennebec Rail Trail to Augusta.  The trek saved a small amount of gasoline and emissions, but fueled me for the day with great images of a vibrant river, and thoughts about the role NRCM has played in cleaning up this END_OF_DOCUMENT_TOKEN_TO_BE_REPLACED

The Natural Resources Council of Maine encourages you to join others around Maine for Commute Another Way Week next week – May 11-15, 2009.  We thought we would give you some ideas of ways to commute to work that won’t pollute or harm the environment.  Let us know how you are commuting to work, END_OF_DOCUMENT_TOKEN_TO_BE_REPLACED 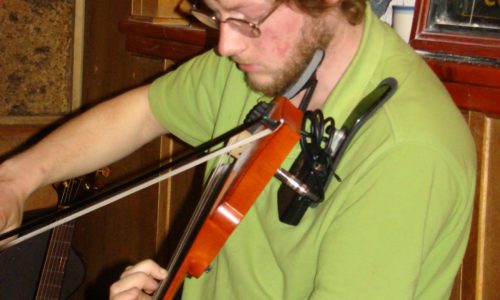 Last night, NRCM hosted “Music Inspired by the Environment” — an open mic night at the Liberal Cup in Hallowell.  What a FUN evening, filled with amazing musicians from all over the state.  We had 16 performers and a full house at the Cup! The songs were all inspired by the environment, and some were original END_OF_DOCUMENT_TOKEN_TO_BE_REPLACED

NRCM co-sponsored this year’s Edmund S. Muskie Lecture at Bates College on Wednesday night.  The lecture was given by former Maine governor Angus King, with an introduction by Brownie Carson, NRCM’s executive director. I was very excited to attend this event, and I got to bring Marshall Burk with me – NRCM’s first-ever paid staff END_OF_DOCUMENT_TOKEN_TO_BE_REPLACED

Tweet, tweet. That’s not the sound of a robin or a chickadee, that’s actually the sound of NRCM social networking with you to keep you informed about our latest work to protect Maine’s environment and ways that you can get involved. NRCM is now “Tweeting” on Twitter and continuing to make “Friends” and “Fans” on our Facebook page.  You can END_OF_DOCUMENT_TOKEN_TO_BE_REPLACED

Everyone at NRCM is very saddened by the death of Harry Richardson.  As a leader of the Republican party in the Legislature in the late 1960s and early 70s, Harry championed many environmental causes, including leading the effort to create the  Land Use Regulation Commission. He was appalled by Plum Creek’s proposal to develop the END_OF_DOCUMENT_TOKEN_TO_BE_REPLACED

Once again Plum Creek’s bad behavior has put them in the spotlight.  When Seattle-based Plum Creek came to Maine in 1998 they had a reputation as the “Darth Vader” of the timber industry – a brand put on the company by a Republican congressman from Washington state who was upset over the company’s aggressive and END_OF_DOCUMENT_TOKEN_TO_BE_REPLACED