Establishment of the Katahdin Woods and Waters National Monument

On August 24, 2016, President Barack Obama designated about 87,500 acres east of Baxter State Park as the Katahdin Woods and Waters National Monument (KWW). Landowner Elliotsville Plantation, Inc. (EPI), a nonprofit foundation founded by Burt’s Bees entrepreneur Roxanne Quimby, donated the property to the United States. EPI also donated $20 million in stewardship funds and is committed to raising additional funding in support of the Monument. NRCM played a central role in this campaign, working with citizens in the Katahdin region and across Maine to conserve this spectacular piece of Maine’s North Woods.

On April 26, 2017, President Trump issued an Executive Order taking the unprecedented step of reviewing all National Monuments exceeding 100,000 acres, which have been designated since January 1, 1996. KWW was added to the list after Governor LePage lobbied the President and, in testimony before Congress, falsely claimed the majority of Mainers opposed the designation.

In 2017, Former Secretary of Interior Ryan Zinke recommended prioritizing “active timber management” on the Monument. If such management were to be used for commercial purposes, it would violate the Monument’s proclamation (and NRCM opposes any violations of the proclamation). However, no commercial logging activity has taken place thus far and we have been told that none is planned.

At his confirmation hearing at the end of March 2019, Interior Secretary Bernhardt told Senator King that the Monument was “rock solid […] You’re part of the Park Service.” In fiscal year 2019, the federal budget included $400,000 for the Monument’s operating budget, a signal of confidence from Washington, DC.

KWW is already helping to revitalize the economy of nearby towns while permanently conserving a portion of Maine’s iconic forests, safeguarding more than 30 miles of pristine rivers and streams, and protecting prime habitat for beloved and rare wildlife. The Monument offers spectacular views of Katahdin and Maine’s North Woods, special ecological features, and extensive, nationally important, historical and cultural resources. Adding to its significance, in May 2020, the Monument became the first internationally recognized dark sky sanctuary on the U.S. eastern seaboard.

NRCM’s members, activists, and staff have a connection to KWW that runs deep. We are committed to playing an active role in developing the Monument’s management plan, and to ensuring an appropriate balance between conservation and public use.

The National Park Service held three planning meetings in June 2019, as part of its ongoing process to determine how Katahdin Woods and Waters will be managed in the future. The Park Service solicited feedback on the draft management framework that outlines policies for protecting the Monument’s ecological, cultural, and recreational resources. The draft framework also outlines how different areas of the Monument will be managed. Thanks to all who attended one of these meetings.

Members of the public play a key role in the planning process. Since the Monument’s designation in 2016, the National Park Service has convened multiple meetings for the public to offer management suggestions. As of December 2022, a final management framework had not been released, but NRCM was assured that the final version is very similar to the 2019 draft. 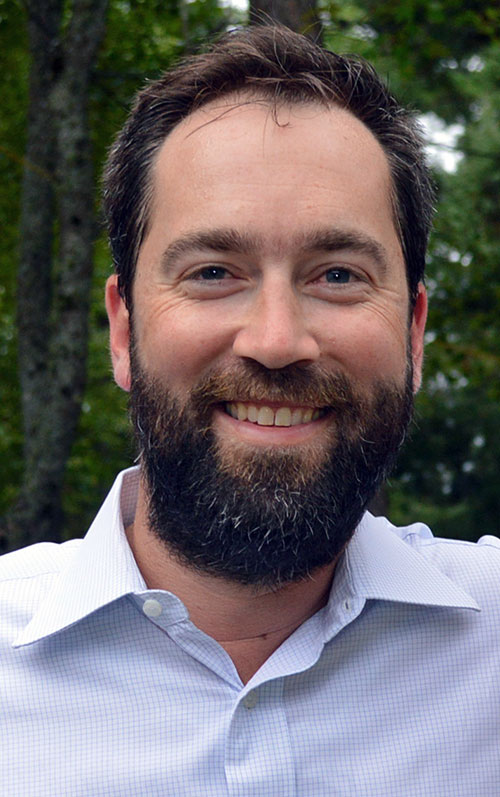 "The Natural Resources Council of Maine worked tirelessly with me to establish the Katahdin Woods and Waters National Monument. Their persistence, expertise, and willingness to collaborate were instrumental in the establishment of the Monument in 2016. They did an outstanding job of reaching out to communities in the Katahdin region and people across Maine who had questions, concerns, or wanted to get involved. Now, NRCM’s ongoing support and vigilance, working with the Friends of KWW, will help this incredible new National Monument provide strong economic and community strength and help share one of Maine's most cherished natural resources and the region's cultural heritage with the rest of the world."

In addition to providing input for the draft management framework, these meetings informed Katahdin Woods and Waters’ draft foundation document. This document outlines the significance, values, and key resources of the Monument.

The National Monument is open to visitors, with opportunities for hiking, biking, cross-country skiing, and, fishing, and on the east side of Monument, hunting and snowmobiling. Learn more about how to enjoy our new public lands here and plan your visit using our list of local accommodations and maps of the property.

NOTE: The Katahdin Loop Road closes each winter when there is a lot of snow and reopens again after mud season (late spring). Find out the latest news about road conditions and road status on the National Park Service's KWW web page.

Katahdin Woods & Waters—Our Monument, Our Community, Voices from the Region This report features business and civic leaders from the Katahdin region describing how Katahdin Woods and Waters National Monument is providing positive benefits to their communities. The report was issued to coincide with the one-year anniversary of the National Monument, which was established on August 24, 2016. Read the report.

We want to help you make the most of your visit to Katahdin Woods and Waters National Monument. Download or request a copy of our Visitors Guide to Katahdin Woods and Waters National Monument to find out more about the area, view a map of the Monument, and find the best places to hike, bike, and paddle. We have also created a full list of excellent food and local accommodations. Have fun exploring!