A New Planning Process for the Moosehead Lake Region

In 2020, the Land Use Planning Commission (LUPC) kicked off a new regional planning process for the Moosehead Lake region to determine how to rezone nearly 17,000 acres owned by Weyerhaeuser.

On December 14, 2022, the LUPC approved a Final Moosehead Region Planning Package recommended by staff. The plan created 6 new development zones in 4 townships and removed 10 townships and areas surrounding 3 lakes (Indian Pond, portions of Brassua Lake, and a portion of Long Pond) from being considered for development (i.e., eliminating the current primary and secondary locations in those specific areas).

Although not perfect, NRCM believes the proposed plan strikes a good balance between economic development opportunities and conservation of the region’s natural resources and lands.

Protecting the Nature of the Moosehead Region

The Moosehead Lake region is a place of spectacular beauty that supports Maine’s vibrant tourism and outdoor recreation economies as well as the forest products industry. With hiking, boating, fishing, and ATVing in the summer and snowmobiling, cross-country skiing, and ice fishing in the winter—with the proximity of the expansive North Woods at its doorstep—Moosehead  is exceedingly rich in outdoor opportunities.

Wilderness guides and traditional sporting camps take clients to explore this region known for breathtaking wildlife encounters and exceptional fishing and hunting opportunities. A popular spot for retirees and vacationers seeking respite, Moosehead Lake is a draw for its natural beauty, close-knit community, and slow pace. Any land use and planning decisions in the region will have a lasting impact on the state and the local economy for years to come. 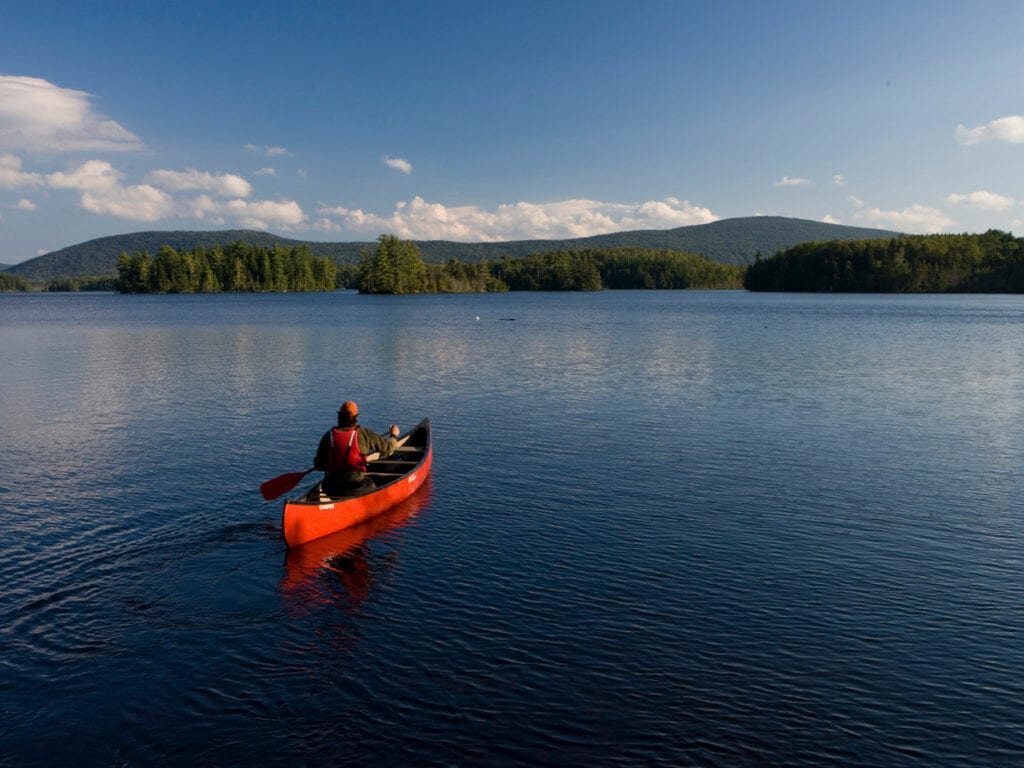 In 2009, after years of intense debate and hard-fought advocacy on behalf of NRCM and local residents, the LUPC approved Plum Creek’s Concept Plan to develop nearly 17,000 acres around Moosehead Lake. Though the Concept Plan, which came under Weyerhaeuser’s ownership when the company bought Plum Creek in 2016, was concerning because of the size, scope, and location of development, it was an improvement over Plum Creek’s original proposal because of the opposition raised by NRCM staff experts and supporters and by the Moosehead community.

In the years since the Concept Plan was approved, there has been no development, but more than 360,000 acres of additional habitat are now protected from most development in perpetuity by easements. Almost 30,000 acres were transferred to the Appalachian Mountain Club and the Bureau of Parks and Lands for permanent protection. To mitigate environmental impacts of development, Plum Creek/Weyerhaeuser also paid $1 million to the Bureau of Parks and Lands for the construction and maintenance of hiking trails.

Weyerhaeuser announced in September 2019 that it intended to “terminate” the Concept Plan. That decision was made official by the LUPC in July 2020. Although Weyerhaeuser still owns the land, the LUPC was required, according to the Comprehensive Land Use Plan, to designate appropriate replacement zoning since the Concept Plan was terminated. Most of the land previously designated for development temporarily became a General Management (M-GN) subdistrict, which is intended for forestry and agricultural activities but permits some commercial and residential development. The exceptions were a few pockets of protection subdistricts and three acres designated for a camp that is zoned differently. 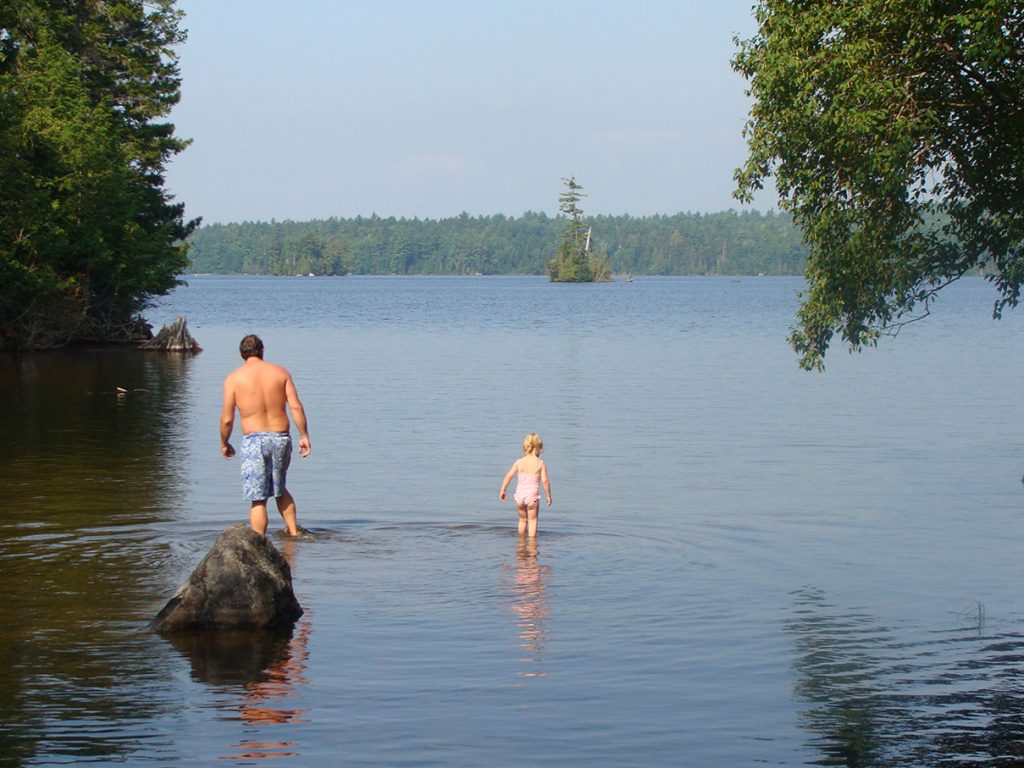 NRCM’s Priorities for the Process

Throughout the planning process as we spoke with stakeholders, NRCM strongly believed that to spoil the character of the region, its natural beauty, and recreation opportunities with sprawling or misplaced development would be detrimental to the way of life and long-term economic viability of the area. We were cautiously optimistic that through this new planning process the LUPC would protect critical wildlife habitat and make smart development decisions that would enhance the area’s recreation and tourism-based economy without sacrificing its scenic beauty and ecological importance. To achieve that, it will be essential for the LUPC to hear from a full diversity of voices to determine the future of this critically important region.

We also believed economic growth in the region should be focused on strengthening existing communities and business areas, not on sprawling development that only profits out-of-state corporations with no stake in the future wellbeing of Maine. Well planned, new construction and development concentrated around existing development in Greenville and Rockwood could provide accessible new jobs and services and affordable housing for the local community. As always, we be pushed for strong environmental protections and compatible development that benefits Maine’s land and people, and that builds toward a vibrant economy decades into the future, especially with climate change impacts and heightened real estate interest in mind.

View a photo journal by local photographers of the Moosehead region and the many uses it supports on our blog. 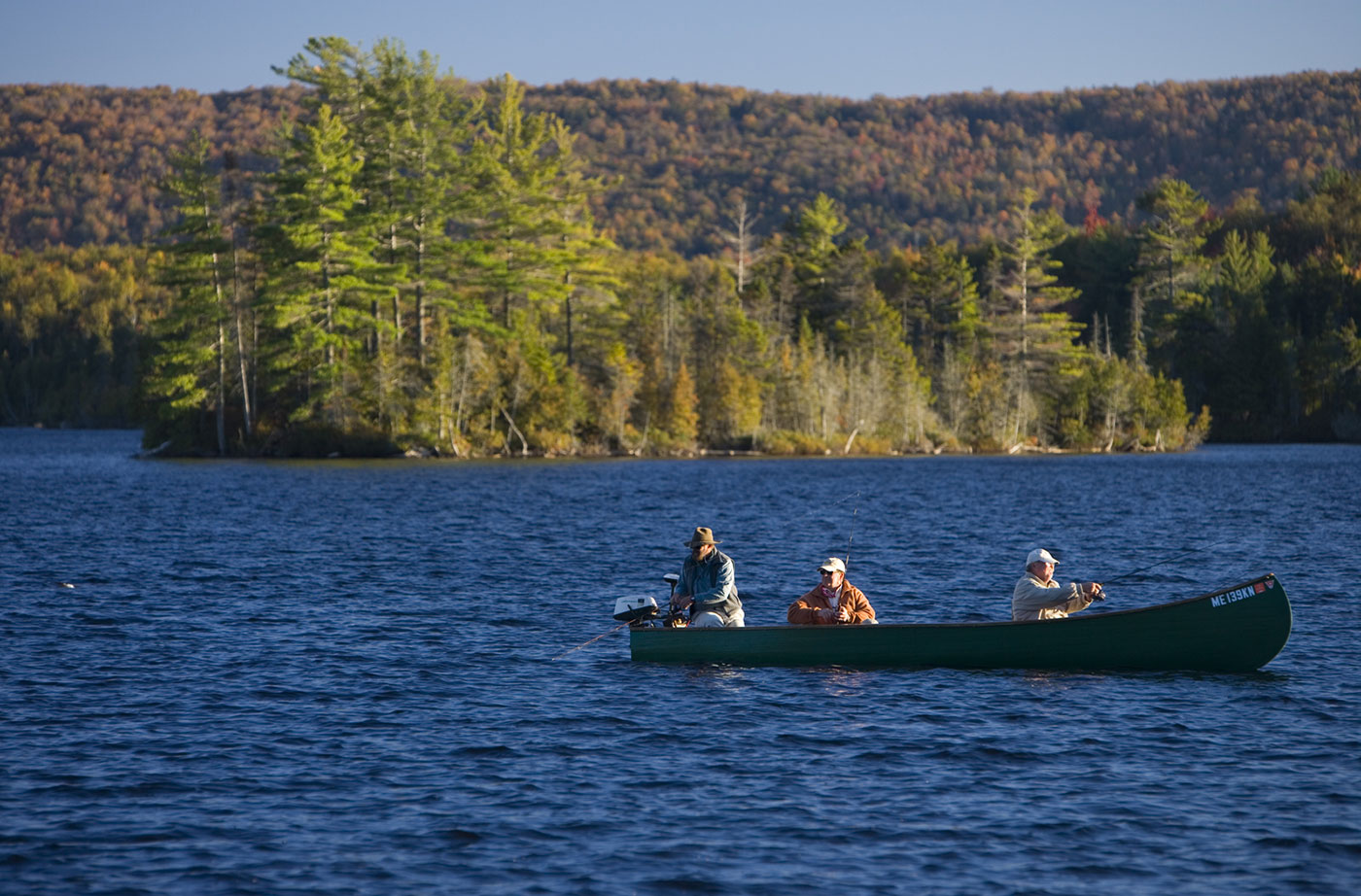