Home » About NRCM » History of NRCM 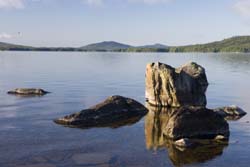 For more than 60 years, NRCM has been protecting the nature of Maine. Photo of Moosehead Lake by Jerry and Marcy Monkman.

The Natural Resources Council of Maine (NRCM) has a long legacy of environmental leadership in Maine. NRCM was founded in 1959 as a small, volunteer-based environmental advocacy group, made up of organizations from across the state that shared environmental concerns. NRCM fast became a strong voice in Maine's major environmental debates of the 1960s, and '70s — the Allagash Wilderness Waterway, the Dickey-Lincoln hydro project, the clean-up of Maine's rivers, the establishment of the Land Use Regulation Commission (renamed the Land Use Planning Commission in 2012), and others.

NRCM was instrumental in passing much of the important state environmental legislation of the 1970s. During that time, the nature of environmental advocacy required more of a focus on lobbying, "watching-dogging," and legal action. NRCM hired its first staff attorney in the mid-1970s. 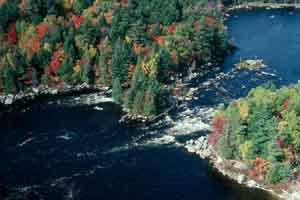 The Penobscot River's West Branch was protected from the Big "A" dam.

By 1981, NRCM had grown to six staff members, and in 1988, the NRCM board of directors voted to discontinue affiliate representation, in response to the challenges of managing an 80-member board representing diverse interests and goals. In the same year, the number of individual members continued to climb. This growth was fueled by notable NRCM victories during this period including the defeat of the proposed Big A Dam (1984-86), the establishment of the Growth Management Law (1988), and the campaign for Maine's solid waste and recycling law (1989). 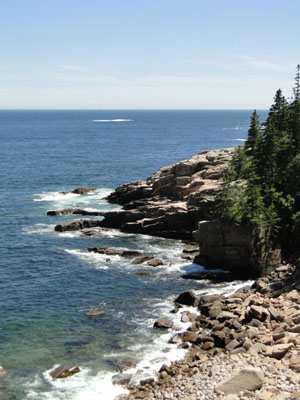 Increased successes improved the power of NRCM to carry out its mission to protect Maine's environment. In the 1990s, victories included passage of the Toxics Use Reduction bill (1990), a successful referendum campaign to stop the widening of the Maine Turnpike (1990-1991), and, working with local groups, the fight against a proposed coal-fired power plant in Bucksport (1991-1993).

During the 1990s and up to the present, NRCM has played the vital role of watchdogging the Land Use Planning Commission, the Department of Environmental Protection, the Maine Legislature, and assisting towns in implementing the Growth Management Law.  At the same time, a significant amount of NRCM's effort since 1990 has been devoted to defending significant environmental achievements against increasingly sophisticated and powerful special-interest groups.

Today, NRCM has 27 staff members and is the state's largest, most effective environmental advocacy organization, with more than 25,000 members and activists. We continue to take on Maine's most pressing environmental threats — mercury contamination, global warming pollution, land development. Keeping Maine a special place to live, work, and visit will remain at the heart of the Natural Resources Council of Maine. 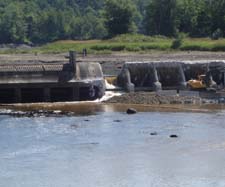 In July, 2008, after more than five years of legal battles by NRCM and our partners, the Fort Halifax Dam at the mouth of the Sebasticook River in Winslow was finally removed.

Thanks to many NRCM victories, Maine is a leader in many environmental policies. NRCM has worked extremely hard to ensure that threats from products that contain mercury and other toxics are banned or recycled. The autoswitch and e-waste bills are good examples.

But Maine continues to face colossal challenges. NRCM was the first group to boldly speak out against a global real estate development company with designs on Maine's beloved Moosehead Lake region. The land once owned by Seattle-based Plum Creek has since been purchased by Weyerhauser, who relinquished the massive development plan. But Maine's North Woods continues to be a target by mining companies. In 2017, we helped pass the toughest mining laws in the country, but that hasn't stopped some companies from pushing for mines, including near Baxter State Park and the Katahdin Woods and Waters National Monument.

In the early 21st century, the lack of environmental ethic at the federal level meant huge impacts for Maine. NRCM continues to fight any federal proposal that puts the interests of polluters ahead of people, wildlife, and our environment. We continue to push hard for clean energy policies to reduce climate change and the health and environmental problems it causes.

Our members are central to our work. For our 50th anniversary in 2009, we celebrated throughout the year with special events and activities. We look forward to the next 50 together! 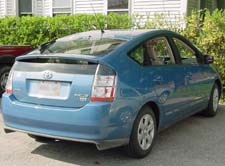 Maine passed the Cleaner Cars Law in 2005. NRCM is a leader in the efforts to bring cleaner cars to Maine.

NRCM can see not only the challenges but also many victories that lie ahead. These victories are in large part thanks to our more than 25,000 supporters. Thank you for your continued support for NRCM, and for caring about Maine's environment. If you are not already a member, we encourage you to become one today.