The Natural Resources Council of Maine has received many honors and awards for our work protecting the nature of Maine. We thank all of the groups who have named NRCM as a recipient of their award and share our commitment to keeping Maine’s environment clean and healthy. 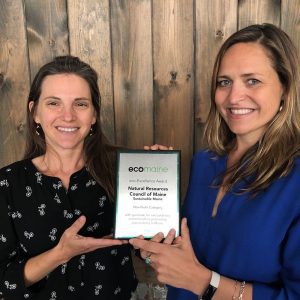 2012 - Green Building Advocate of the Year from the Maine chapter of the US Green Building Council for all of our work, but especially on energy, energy-efficient building codes, toxics, and Forest Stewardship Certification.

2008 - Along with the other members of the Penobscot River Restoration Trust received a 2008 Cooperative Conservation Award from the U.S. Department of the Interior. The award recognizes the unprecedented collaboration to restore 11 species of sea-run fish while rebalancing hydropower generated on the river.

2007 - NRCM received a Climate Protection Award from the Climate Protection Partnerships Division of the U.S. Environmental Protection Agency. According to the EPA, the prestigious award “is given to recognize exceptional leadership, outstanding innovation, personal dedication, and technical achievements in protecting the climate.” NRCM was selected for its work demonstrating the effects sea-level rise resulting from global warming would have on the Maine coast.

Candidates for the EPA’s Climate Protection Award are selected from all over the world. The EPA says winners are chosen based originality and public purpose; persuasive, moral, or organizational leadership; global perspective and implication, and reduction in greenhouse gas emissions. The EPA assembles an international panel of judges from government, industry, and non-governmental sectors. The panel advises, and the EPA makes the final selections.
In addition to NRCM, winners for 2007 include Robert Redford, Staples, and 11 other individuals, businesses, and organizations from around the globe.

2005 – Common Good Award given by Bowdoin College to executive director Brownie Carson for “extraordinary, profound, and sustained commitment to the common good, in the interest of society, with conspicuous disregard for personal gain in wealth or status.” 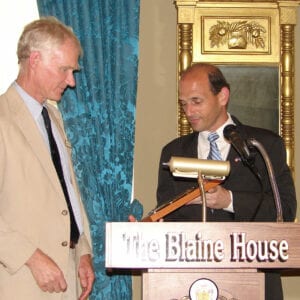 2005 – Down East magazine’s Environmental Award given to executive director Brownie Carson for environmental leadership in the state of Maine.

1999 – Chosen as the League of Conservation Voters’ “Group of the Month.”

1999 – Affiliate of the Year Award from the National Wildlife Federation. NRCM is recognized for our noteworthy accomplishments in the effort to remove the Edwards Dam and reduce toxic pollution in Maine. 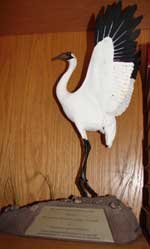 1999 – Affiliate of the Year Award from the Atlantic Salmon Federation for the NRCM-backed Kennebec Coalition’s efforts to remove the Edwards Dam.

1997 – Certificate of Recognition and induction into the Grassroots Hall of Fame from the Center for Health, Environment & Justice for Natural Resources Council of Maine’s distinguished effort to attain environmental justice in their community.

1996 – Certificate of Recognition from EPA’s Transportation Partners presented to NRCM for making smart moves for healthier transportation choices in Maine.

1993 – The Natural Resources Council of Maine, along with the Maine Metal Products Association and three state agencies, received the Special Teamwork Award from Governor John McKernan for the Council’s collaborative toxics use reduction project with Maine’s metal product industry.

1993 – The Maine Transit Association awarded Beth Nagusky, staff attorney for NRCM, the Friend of Transit award for her work in founding the State’s Sensible Transportation Policy.

1993 – Patagonia, Inc. chose NRCM’s efforts to restore the Kennebec River by removing Edwards Dam in Augusta for its national campaign on saving wild salmon and other important fish species threatened by dams.

1993 – The Bicycle Coalition of Maine recognizes NRCM for their collaborative efforts to promote bicycle access, safety and education in Maine.

1992 – Best Bet for 1992 for Environmental Leadership from the Center for Policy Alternatives ( Washington, D.C.) for Initiative to Stop Expansion of Maine Turnpike

1992 – Maine Association of Planners Award in recognition of outstanding contribution to the Planning Field to Natural Resources Council of Maine for “Sprawl Stoppers.”

1990 – Maine Association of Planners Award in recognition of outstanding contribution to the Planning Field to NRCM for “A Sense of Place.”

1983 – Silver Trout Award from Trout Unlimited Sunkhaze Stream Chapter – for outstanding contributions to the conservation of the cold water fisheries of Maine.

1982 – Distinguished Service Award from the National Wildlife Federation for outstanding contributions to the wise use and management of the nation’s natural resources.

1970 – Award of Merit from American Association of Conservation Information for our continuing efforts to educate Maine citizens in the value of their state’s natural resources.

1965 – Conservation Service Citation from the National Wildlife Federation for outstanding and distinguished service in the field of natural resource management.