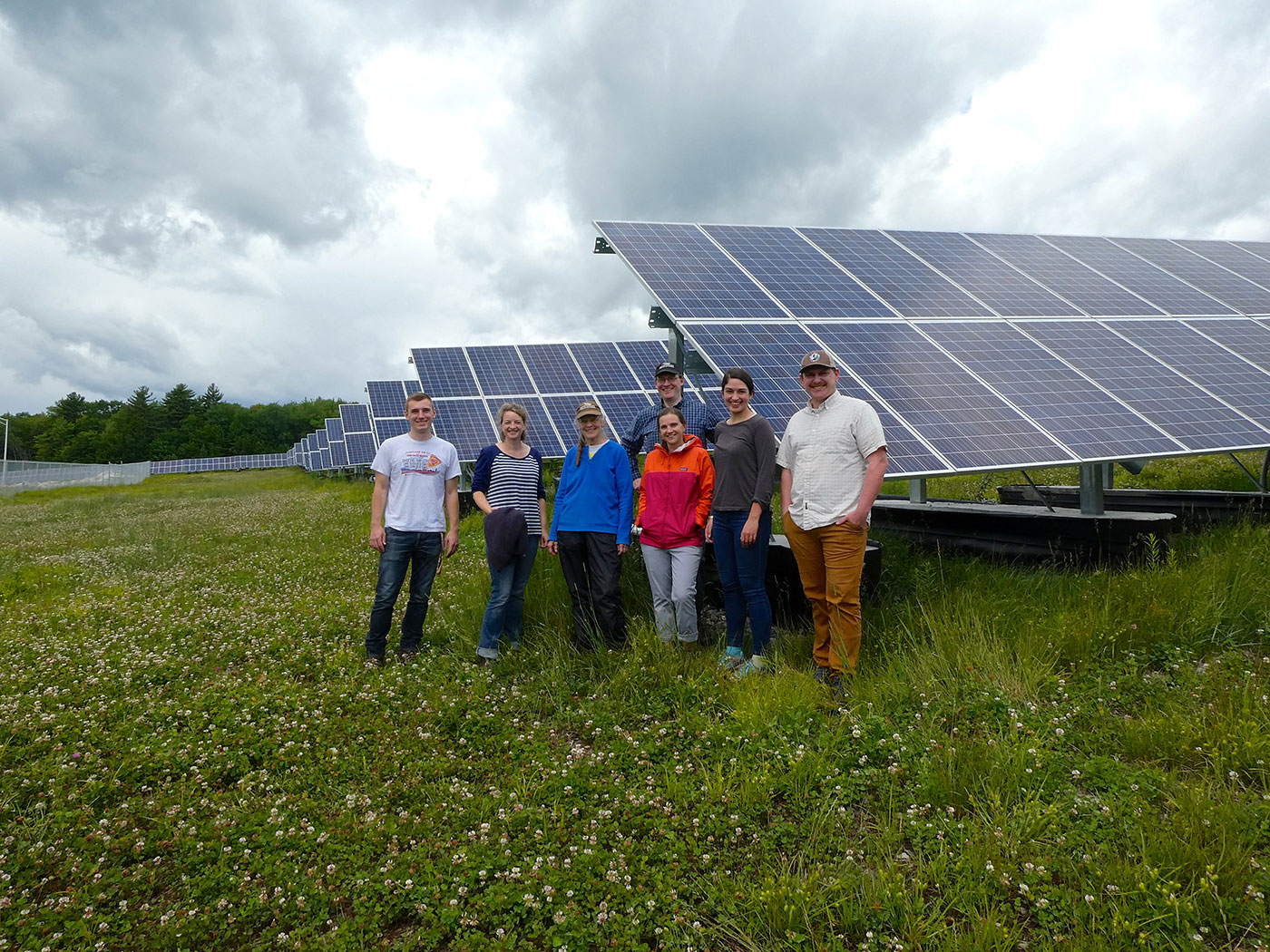 I’ve seen plenty of solar panels before. Several years ago, my hometown of Cherry Hill, New Jersey, installed panels no bigger than cafeteria trays on every streetlight in town. My high school had a spattering of panels on the math building’s roof. At Bowdoin College, where I’ll be a junior in the fall, there are END_OF_DOCUMENT_TOKEN_TO_BE_REPLACED

The governor’s energy director says the 14 members of the advisory panel will be identified once the body is prepared to meet. by Tux Turkel, Staff Writer Portland Press Herald news story Gov. Paul LePage’s administration is refusing to identify the members of a public commission charged with reviewing the impact of wind farms on END_OF_DOCUMENT_TOKEN_TO_BE_REPLACED

The state needs a governor with the vision and patience to build an ocean wind industry. The Editorial Board Portland Press Herald editorial It’s too soon to know the identity of Maine’s next governor, but the one we’ve got now just gave us all a good reminder of why we need a change. The three END_OF_DOCUMENT_TOKEN_TO_BE_REPLACED

by Bill Trotter, BDN Staff Bangor Daily News news story In a move seen as a major setback for a pilot offshore wind project under development by the University of Maine, state regulators voted Tuesday to reconsider the contract terms by which Central Maine Power agreed to purchase electricity from the project. The Public Utilities END_OF_DOCUMENT_TOKEN_TO_BE_REPLACED

Says ‘no’ to thousands of jobs and millions of dollars of investment in Maine’s clean energy future. NRCM news release “The LePage Administration’s anti-wind rampage continued today with his Public Utilities Commission’s (PUC) decision to renege on its offshore wind agreement. “In 2013, the global energy giant Statoil withdrew its proposal to begin building floating END_OF_DOCUMENT_TOKEN_TO_BE_REPLACED

By Lori Valigra Bangor Daily News news story Maine could use its offshore wind power expertise to boost manufacturing and support 2,100 jobs in that industry, according to a report released late Wednesday. Based largely on advances in floating platforms for wind turbines developed by the University of Maine, the report by the American Jobs END_OF_DOCUMENT_TOKEN_TO_BE_REPLACED

Eight in 10 voters in a new survey support Katahdin Woods and Waters National Monument, opposed by Gov. Paul LePage. Public News Service news story AUGUSTA, Maine — A new poll shows Mainers are not in sync with Gov. Paul LePage when it comes to the environment. Most voters want to replace him with a END_OF_DOCUMENT_TOKEN_TO_BE_REPLACED

by Maureen Milliken Mainebiz news story When NextEra Energy’s planned 20 megawatt solar project in Fairfield received Maine Department of Environmental Protection approval in last month, it was the first of several large-scale projects planned for Maine. The solar array is the largest approved by the department in the state so far, but if the END_OF_DOCUMENT_TOKEN_TO_BE_REPLACED

Mainebiz news story The town of St. George has flipped the switch on its new solar array, which is expected to supply 90% of power to municipal buildings. The PenBay Pilot reported the 225-panel array is located on the roof of the town’s transfer station. ReVision Energy will own and get the tax credits and END_OF_DOCUMENT_TOKEN_TO_BE_REPLACED