An astounding 40% of the food produced in the United States is wasted. This excessive and unsustainable amount of food waste is a real tragedy for both our environment and our people. The U.S. agriculture industry accounts for about 10 percent of our total energy used, 80 percent of our freshwater consumption, and 50 percent of our land. And almost all uneaten food ends up in landfills where it decomposes and releases methane gas—which has 25 percent more heat-trapping capability than carbon dioxide. When we waste food, we waste all of the resources used to make that food, and we contribute harmful greenhouse gas emissions to the atmosphere. Read news stories about food waste in Maine.

Maine K-12 schools generate an estimated seven million pounds of food waste annually (1). That is a staggering amount for our small state, and it reflects the larger, global food waste problem. At home, almost one-third of the garbage Mainers throw out is food waste and scraps. Meanwhile, one in five Maine kids may not END_OF_DOCUMENT_TOKEN_TO_BE_REPLACED

By Susan Mustapich Village Soup news story CAMDEN — A simple suggestion from staff at the Camden Sea Dog Brewing Co. is rapidly cutting down on the number of plastic straws used at the restaurant and brewpub. Earlier this month, wait staff and bartenders stopped putting straws in most drinks, including water, unless a straw END_OF_DOCUMENT_TOKEN_TO_BE_REPLACED

By Juliette Laaka The Forecaster news story SOUTH PORTLAND — Since its inception last May, a pilot program to collect food waste has increased recycling rates in two participating neighborhoods. About 600 households in the Knightville and Meetinghouse Hill neighborhoods received 6-gallon buckets to use for curbside compost collection. Additional bins were set up at END_OF_DOCUMENT_TOKEN_TO_BE_REPLACED 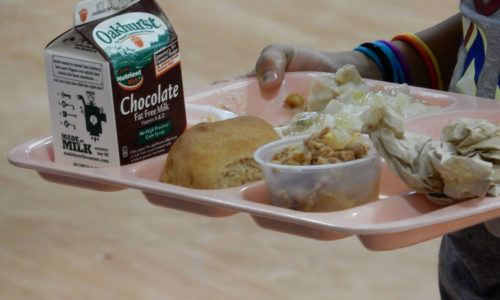 Tackling climate change, food insecurity, and economic waste one meal at a time Licia Goodridge knows just how expensive food waste is. Since food is mostly water, which weighs eight pounds per gallon, and hauling contracts are based on weight, she knew her school district was wasting money transporting something to the dump that could END_OF_DOCUMENT_TOKEN_TO_BE_REPLACED

It would be great if more gardeners and volunteers joined in to deliver surplus produce to our neighbors. by Laura McCandlish, of Brunswick who formerly wrote “The Farm-to-Table Family” column for the Maine Sunday Telegram’s Source section Portland Press Herald op-ed As I ripped out spent Sun Gold vines and planted garlic at my Tom Settlemire END_OF_DOCUMENT_TOKEN_TO_BE_REPLACED 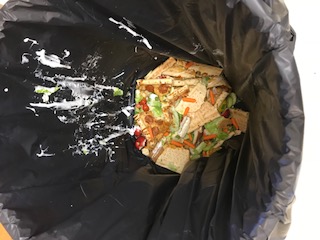 Sebago Elementary School principal, Kirsten Goff, received an email in August that intrigued her. NRCM’s “Food Guy,” Ryan Parker, had reached out to the principals of Maine’s K-12 schools with some information about reducing food waste in Maine’s public education system. Principal Goff immediately contacted Ted Bridge-Koenigsberg, who teaches science and language arts at the END_OF_DOCUMENT_TOKEN_TO_BE_REPLACED

by Maureen Milliken Mainebiz news story The eco-focus that’s helped spur the local food movement is also galvanizing the other end of the food chain: food waste disposal. Two municipal pilot programs this year are being watched to see if Maine residents will commit to regular composting. But those who handle the waste say they END_OF_DOCUMENT_TOKEN_TO_BE_REPLACED 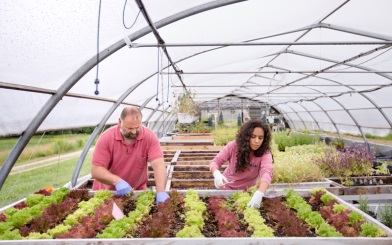 Unity College was recently recognized by the National Association of College and University Food Services for its commitment to sustainability! That’s good news, not only for the college but for other educational institutions throughout Maine. Unity’s efforts include initiatives that look at every level of the Food Recovery Hierarchy as a tool in the toolbox END_OF_DOCUMENT_TOKEN_TO_BE_REPLACED