Taking a Bite Out of Food Waste

Tackling climate change, food insecurity, and economic waste one meal at a time

Licia Goodridge knows just how expensive food waste is. Since food is mostly water, which weighs eight pounds per gallon, and hauling contracts are based on weight, she knew her school district was wasting money transporting something to the dump that could be put to a higher use. Licia, RSU 19 Facilities Manager, had been trying, unsuccessfully, to make this point to superintendents for years. When RSU 19 hired a new superintendent in 2016, Licia figured, “What the heck, I’ll try again.”

Mike Hammer needed little convincing. His reaction, according to Licia, was, “Food is heavy; let’s get it out of there!” Thrilled, Licia contacted NRCM.

RSU 19 is one of Maine’s largest school districts, covering Corinna, Dixmont, Etna, Hartland, Newport, Palmyra, Plymouth, and St. Albans and total nearly 2,000 students plus staff. That’s a lot of food waste, and a lot of expense for the school.

RSU 19’s decision to tackle food waste has tremendous benefits for the school and the environment, which is why NRCM’s Sustainable Maine project staff already had begun working on the issue when Licia Goodridge called. We had been learning about the issue and sharing information at events, including 14 screenings of the food waste documentary, “Just Eat It.” People were responding, and we realized we were scratching the surface of something huge. 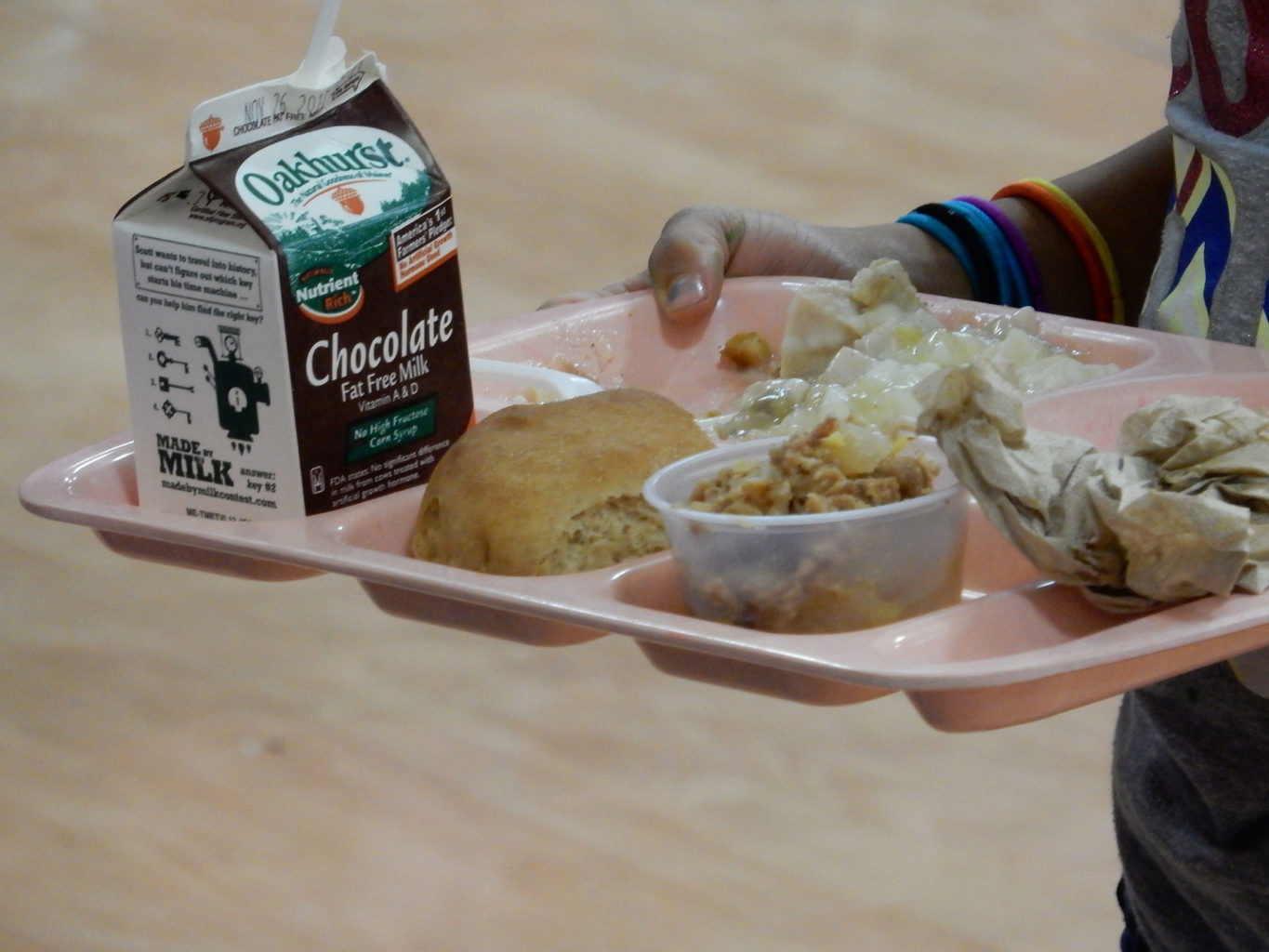 of the food produced annually for human consumption in the United States is wasted. To put this into perspective, imagine buying a bag of 10 apples and throwing 4 of them straight into the garbage. Now imagine doing that with 40 percent of all the food you purchase. This waste costs the average family of four $1,500 per year. Ninety-seven percent of food waste goes into the landfill, representing the largest component of our municipal waste and costing Maine property tax payers hundreds of thousands of dollars each year. It gets worse: Food waste in landfills creates millions of pounds of methane gas, affecting the earth’s climate even more than CO2, which also, ironically, is making it harder for farmers to produce food. This doesn’t even account for the staggering amount of land, water, energy, and infrastructure wasted when we throw away the food those resources produced.

Contrary to popular perception, the majority of this waste comes not from farms, restaurants, grocery stores, or other institutions, including schools. It comes from households. At just the moment when NRCM was trying to figure out how to tackle this problem, Licia called. NRCM helped RSU 19 create and facilitate a steering committee of teachers, custodial and dining services staff, the superintendent, several principals, local farmers, community members, and students.

As work got underway we began to recognize patterns and wondered if other school districts faced the same challenges to reducing food waste. We began to reach out to, and hear from, other schools around Maine and realized the challenges to reducing food waste in schools are nearly universal. So, too, are the statistics and reasons behind food waste in educational settings. Our research indicates this consistency holds across the country.

It has been a little over a year after NRCM began working with RSU 19. We are now in discussions with 44 schools around the state. We help schools look at every opportunity within the food recovery hierarchy. Schools have a lot of options, from creating share tables (where uneaten food can be returned and used by other students), feeding waste to livestock, setting up on-site composting, and school garden programs. They often just need a little help navigating and implementing these programs.

In addition to our expanding work with schools, NRCM continues to support efforts to help reduce food waste throughout the state. We strongly support LD 1534, which would help create tax credits for small farmers that donate food, strengthen liability protections for donors, and establish a study commission to make additional policy recommendations. NRCM is part of the working group that developed as a result of LD 1534. We are tasked with researching legislative policies that could reduce food waste in Maine. We are also founding members of the Food Recovery Coalition and worked with the Maine Gleaning Network to establish the first-ever Maine Gleaning Week, which rescued more than 14,000 pounds of produce and provided 66,000 servings of food to Maine people through distribution partners like Wayside Food Programs. This is against the backdrop of skyrocketing food insecurity. One in four Maine children, and 16.4 percent of Maine’s overall population, is food insecure. Reducing food waste by 20 percent, through initiatives like gleaning and school share tables, could provide enough food for 454 million people annually.

Aside from the ethics of throwing away nearly half of our food while our neighbors go hungry, food waste is killing the climate, contributing the equivalent of 4.4 gigatons of CO2 emissions. Reducing food waste by 50 percent would result in avoided emissions equal to 26.2 gigatons by 2050. This is why Paul Hawken’s book, Drawdown, indicates eight of the top twenty, and three of the top five, steps we can take to reverse climate change relate to food.

How Much Food is Your School Wasting?

To find out, multiply the number of students by 36.5 and you’ll have a fairly accurate estimate of the number of pounds of organic waste coming out of the school lunch, breakfast, and snack programs annually. It doesn’t matter what grades, rural or urban, affluent or not, this average is remarkably consistent. Just in Maine, it’s over seven million pounds a year just in Maine.