By Former EPA Administrator Gina McCarthy and Rev. Mitch Hescox The Hill op-ed The Environmental Protection Agency (EPA) is in the business of protecting public health and our environment — or at least it used to be. The agency and its acting administrator, a former coal lobbyist, have been waging an offensive on public health END_OF_DOCUMENT_TOKEN_TO_BE_REPLACED

Sen. Collins should protect her constituents and vote against Andrew Wheeler’s confirmation as permanent agency chief. by Tony Owens of Cape Elizabeth, an emergency room doctor at Maine Medical Center Portland Press Herald op-ed CAPE ELIZABETH — Throughout my career, I have focused on ensuring that families and children, both here in Maine and across END_OF_DOCUMENT_TOKEN_TO_BE_REPLACED

by Matthew Brown AP news story BILLINGS, Mont. (AP) — As the Trump administration rolls back environmental and safety rules for the energy sector, government projections show billions of dollars in savings reaped by companies will come at a steep cost: more premature deaths and illnesses from air pollution, a jump in climate-warming emissions and END_OF_DOCUMENT_TOKEN_TO_BE_REPLACED 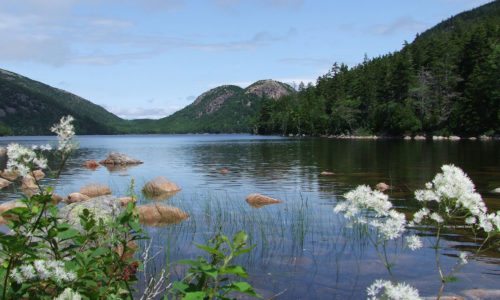 The Natural Resources Council of Maine (NRCM) closely monitors policy developments related to environmental issues in Maine and at the federal level. We actively promote policies to protect against air pollution and water pollution, ensuring clean air and clean water in Maine. We work to conserve land for public access and for healthy Maine wildlife END_OF_DOCUMENT_TOKEN_TO_BE_REPLACED

A proposed policy would no longer count a regulation’s benefits, just its costs to polluters, in deciding the severity level of environmental protections. Los Angeles Times editorial Reprinted in Portland Press Herald President Trump’s Environmental Protection Agency recently released a proposal that would undermine not only current regulations, but regulatory efforts in the future by disavowing END_OF_DOCUMENT_TOKEN_TO_BE_REPLACED

Statement of Emmie Theberge, Federal Project Director, Natural Resources Council of Maine “The Trump Administration has taken the first step to dramatically roll back the 2011 Mercury and Air Toxic Standards, federal protections that limit toxic mercury pollution from coal-fired power plants nationwide. In its announcement he EPA says ‘that it is not appropriate and END_OF_DOCUMENT_TOKEN_TO_BE_REPLACED

Statement of Emmie Theberge, Federal Project Director, Natural Resources Council of Maine “The Trump Administration’s proposal to scrap the Clean Water Rule is the wrong move for Maine and for our country. If finalized, this ‘Dirty Water Rule’ would strip safeguards from streams and wetlands across the country. In a state like Maine, it would END_OF_DOCUMENT_TOKEN_TO_BE_REPLACED

Supporters praised Trump for scaling back what they said was federal overreach and ‘never about clean water.’ By Ellen Knickmeyer and John Flesher, Associated Press Portland Press Herald news story WASHINGTON — Cabinet chiefs and Republican lawmakers celebrated alongside farm and business leaders Tuesday as the Trump administration made good on one of its biggest END_OF_DOCUMENT_TOKEN_TO_BE_REPLACED