During migration, birds mysteriously come and go—the sudden appearance of ducks in the bay or at your local pond. Maybe you’ve noticed a warbler or sparrow flitting about in the backyard shrubbery that you hadn’t seen the day before—or maybe even for weeks or months? Maybe you wondered where it was headed next? Perhaps you wonder about where the Osprey whose nest you watch every year may spend its winters?

A new online bird migration atlas called the Bird Migration Explorer (birdmigrationexplorer.org), released last week by the National Audubon Society and nine founding partner organizations, now lets you answer these and many other questions as you delve into the details of the migratory movements of more than 400 species of birds. This revolutionary, web-based platform brings together migratory tracking data from hundreds of individual studies (the largest compendium ever assembled), combines them with eBird maps modeled from millions of observer records (including yours!), and displays them using leading-edge animated maps.

The Bird Migration Explorer took years to build, tapping into a large team of scientists, programmers, mappers, designers, and writers. It’s easy to use and visually stunning, making it fascinating not only for the avid bird enthusiast but also for those with just passing interest.

Bonus: Kids will love it! It’s exactly the kind of tool that makes screen time perfectly acceptable, even encouraged! Who doesn’t want their kids to learn more about birds—and to be able to formulate AND answer their own questions about their movements? 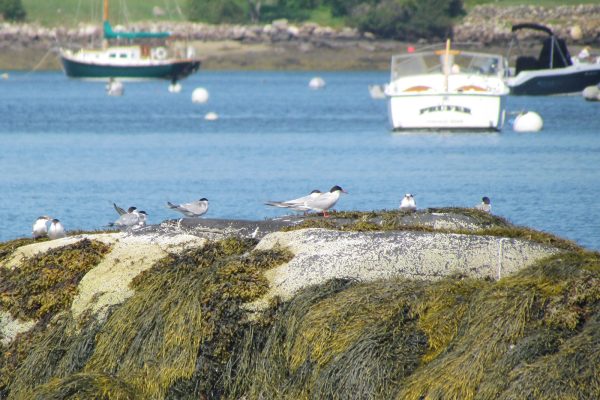 The authors used the Bird Migration Explorer to check the whereabouts of Common Terns and found their movements extending from Maine to the shores of northern South America by mid-August, with some continuing on to southern South America. (Photo by Jeff & Allison Wells)

We have seen, used, and helped develop tools like these, so we had high but reasonable expectations. So we were pleased to have our minds blown when we tried the Bird Migration Explorer for the first time.

We checked out the whereabouts of Common Terns and found it exciting to see their movements from Maine to the shores of northern South America by mid-August, some continuing farther on to southern South America. In contrast, we saw that Gulf of Maine breeding Arctic Terns traversed across the Atlantic and the globe—yes, the globe!—to Africa and south into sub-Antarctic waters.

Tracking data from Ring-billed Gulls that breed in the St. Lawrence River of Quebec shows their late-summer movements into Maine and the eventual exodus of most of them south from New Jersey to Florida by late December.

We challenge anyone not to be completely captivated by the animated map showing the migrations of tracked Blackpoll Warblers from their Canadian and New England breeding range to their northern South American wintering range.

Did you know that Herring Gulls from midcoastal Maine have been found as far north as northern Hudson Bay, south to northern Mexico and Florida, and west to north Texas? Incredible!

Consider this: A Common Redpoll banded in Maine was recovered near the Arctic National Wildlife Refuge on the North Slope of Alaska more than 3,000 miles away! 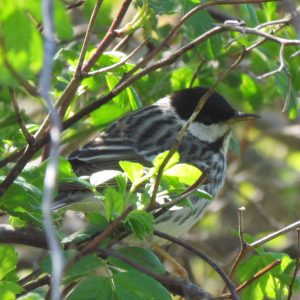 Did you know that more than 8,000 banded or tracked birds connect Maine to at least 16 other countries across the hemisphere? These Maine bird connections range from 3 Snow Geese located 2,000 miles to the north in High Arctic Canada to a Blackpoll Warbler 3,500 miles to the south in Yaquerana, Peru! We didn’t know these facts either until we discovered them using the Bird Migration Explorer. This fantastic tool really illustrates the point that the future of the birds that we all love is a responsibility that is shared with people and nations across the world.

Along with wowing people with these amazing bird migration stories and connections, the Bird Migration Explorer and the datasets behind it will prove invaluable in guiding future bird conservation efforts. We hope it will also be an inspiration for world leaders, reminding them of the need to raise their collective ambitions and increase national funding commitments and other efforts to protect our planet.

Try out the Bird Migration Explorer at: birdmigrationexplorer.org

—by Jeff and Allison Wells