It’s not every day you get to meet a rock star. They tend to perform on their own terms and make public appearances when and where they darn well please. Often, they live far from the crowds who admire them; when seen, they may or may not accommodate your request for a selfie.

This past Sunday, we had the good fortune of meeting a real “rock star”: the Rock Wren that has famously (in birding circles, including among many bird-loving Natural Resources Council of Maine members) been hanging out at the stony berm at Perkins Cove in Ogunquit. 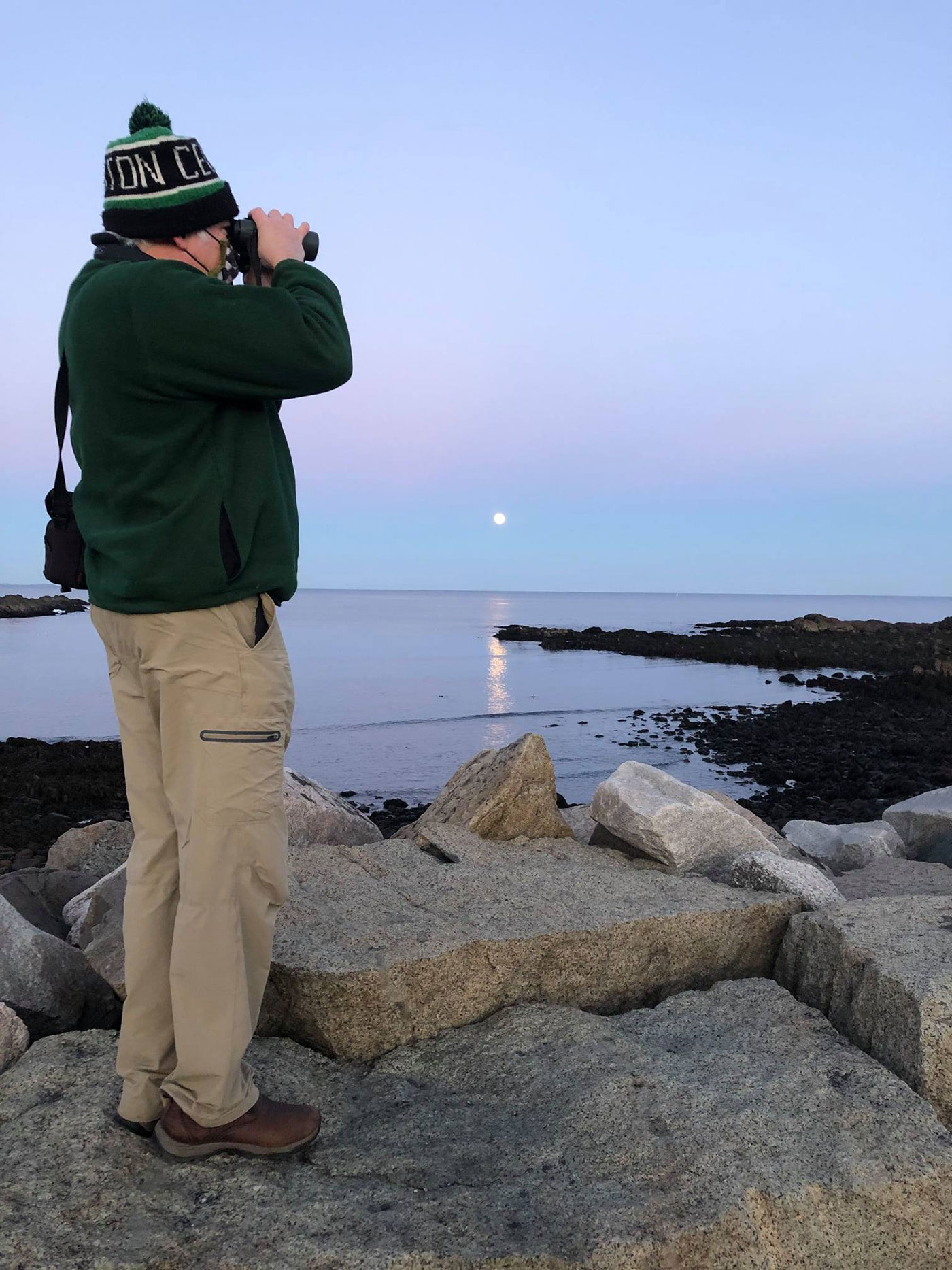 In the West, where the species is typically found, such rocky places are usually in the mountains and canyons. The best substitute this wayward bird could find was the jumbled stones behind the rocky beach at Perkins Cove. 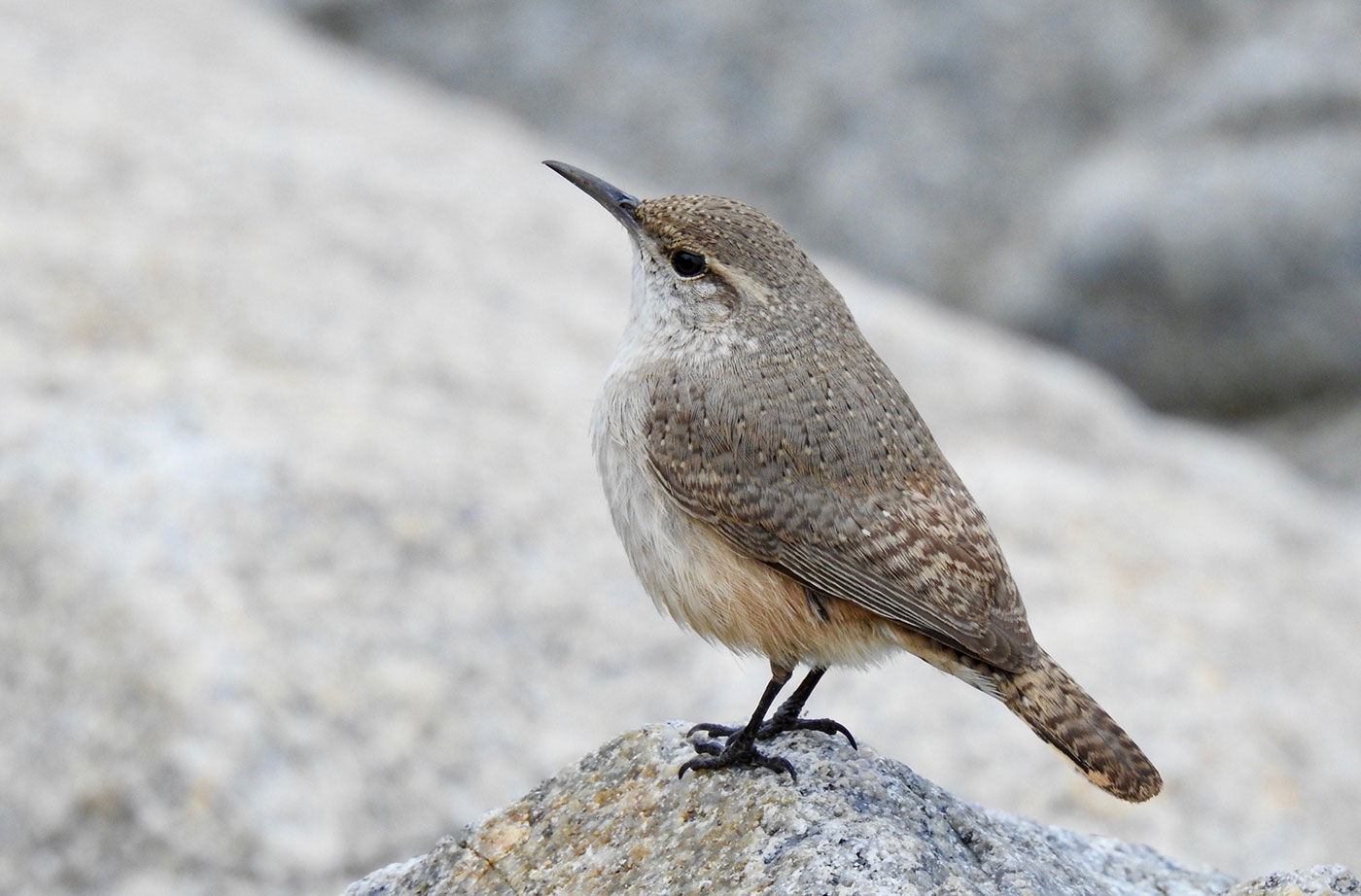 This Rock Wren, found recently in Ogunquit, was only the second documented record of the species in Maine. (photo by Weston Barker)

Word of the Rock Wren first flashed through the birding community several weeks ago. As is often the case with celebrities, this one was first spotted at a restaurant, a fan happened to see the bird scuttling among the rocks just outside the window and snapped a photo. It was quickly identified as a Rock Wren—only the second record for the species in Maine.

Groupies and the paparazzi, socially distanced, descended. Jubilant reports and photos of the Rock Wren appeared across social media.

The Rock Wren is really a bird of the western part of the continent, breeding from southwestern Canada south to Mexico and Central America. The closest it normally gets to Maine is western North and South Dakota—about 1,500 miles away.

Rock Wrens in the northern part of their range migrate south, and because of that, occasionally, individuals get off-course and end up in places where birders get very excited to see them—like Maine. A Rock Wren had been seen and described in Trescott back in October of 2013. It was the first and, until now, the only record for the state. There are a few records from other states in the Northeast, but not many.

So when they are discovered in unlikely places like Maine, birders show up—when possible, ourselves included. Unfortunately for us, our first journey to see the bird was a bust. When we arrived, only one other birder was in sight, and he was clearly searching for but not seeing the wren. The bird had not been seen for at least an hour, he told us, though it had been there all day, he had been told. We scanned and walked and listened. No wren.

The moon rose over the sea, illuminating a silver streak across the calm, dark water. As our eyes followed the moonlight, we noticed some small ducks in the cove. Five gorgeous Harlequin Ducks bobbed near the shore beside the rocky ledges. Although we did not see the Rock Wren on that adventure, we left feeling fulfilled, thanks to the Harlequin Ducks in the beautiful Maine coast moonlight. 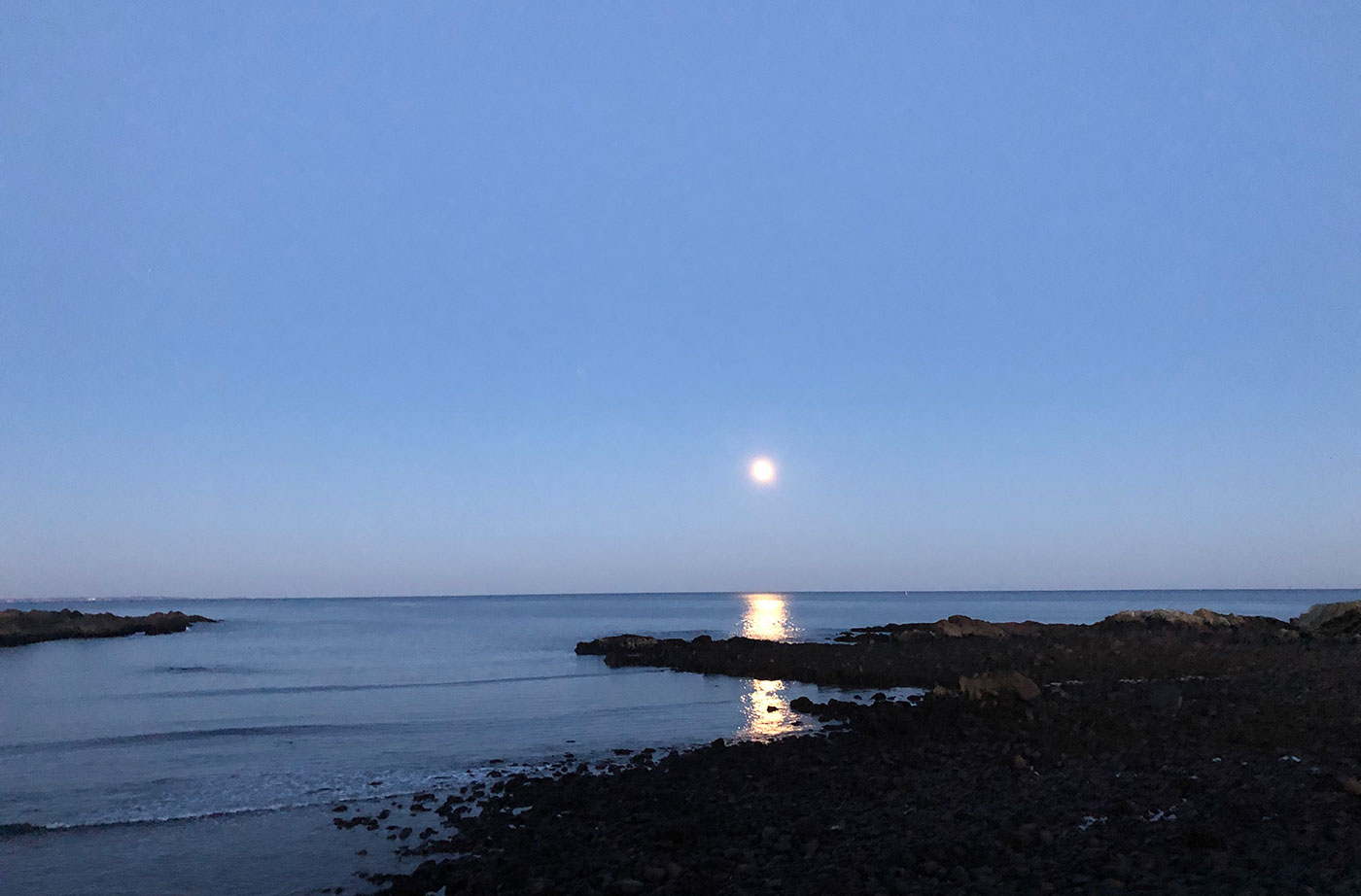 Moonrise, Perkins Cover, Ogunquit, with Harlequin Ducks in the distance.

To our good fortune, the rock star continued to stick around. So we made another go this past Sunday.

This time, when we arrived at Perkins Cove, there was a person with a camera sitting on the edge of the sidewalk—and it did not appear to be the scenic coastline he was snapping photos of! Sure enough, he was observing and photographing that spunky little wren as it played hide-and-seek among the jumbled rocks.

The Rock Wren allowed us, and the other birders who showed up and socially distanced, fabulous views as it bobbed up and down on its jet-black legs and flitted quickly about after insects under, over, and between the rocks. One fine detail that we admired with the close looks at the bird was the rufous color on the lower back/rump area; it was surprisingly vivid when the bird was facing away. 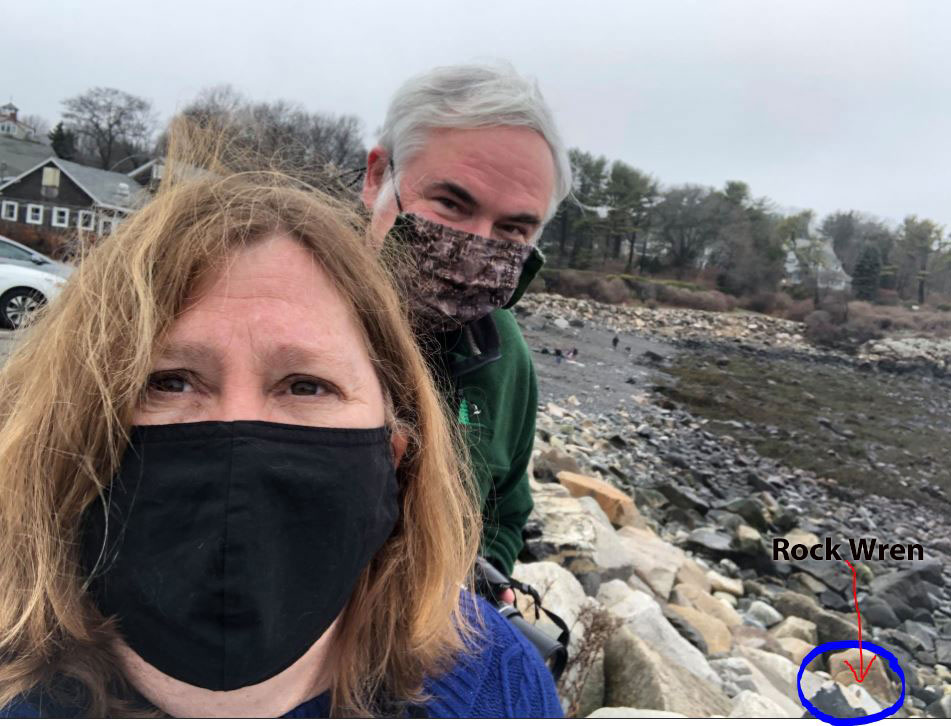 To our great delight, we were able to get a selfie with the bird, albeit, not a great one.

When you think about it, it makes sense that this rock star would make an appearance in Ogunquit. Celebrities like Sally Struthers, Jonathan Edwards, and Paula Poundstone perform regularly at venues here. Now, Rock Wren is on the list.