You may recall that in early 2019, we announced our pursuit of a Maine Mindfulness Big Year. Since our blog is (mostly) monthly, and we enjoy writing about a wide variety of bird-related topics—including special birding events with members of the Natural Resources Council of Maine—we only occasionally posted updates here.

So you likely have been burning to know, what was our final tally? That’s what we hope, anyway!

Of course, the more birds we found, the slower our list accumulated, but by October, we had found 214 species in the state since January 1st. Not a bad Maine Big Year list, considering we weren’t chasing every rarity or yet-to-see species reported by the masses. We knew, though, there were many we were missing and would be nice to see. So we made a before-the-lake-freezes-over pilgrimage to Sabattus Pond, a place that often holds a bounty of waterfowl. Sure enough, we found a number of duck species that had been missing from our list.

But the greatest pleasure from that trip was the “mindfulness” moment when we discovered a large flock of restless Black Scoters on their way to sea for the winter.

That was a major goal of our Maine Mindfulness Big Year—to connect to the natural world that people are so much a part of, even though we’re often faced with distractions that can leave us feeling distanced from it. More and more evidence shows the physical and mental health benefits that accrue when we humans allow ourselves to fulfill the ancient need to be in nature. This Maine Mindfulness Big Year helped us to step back and ensure that we took time to make that connection to the pulse of our planet. 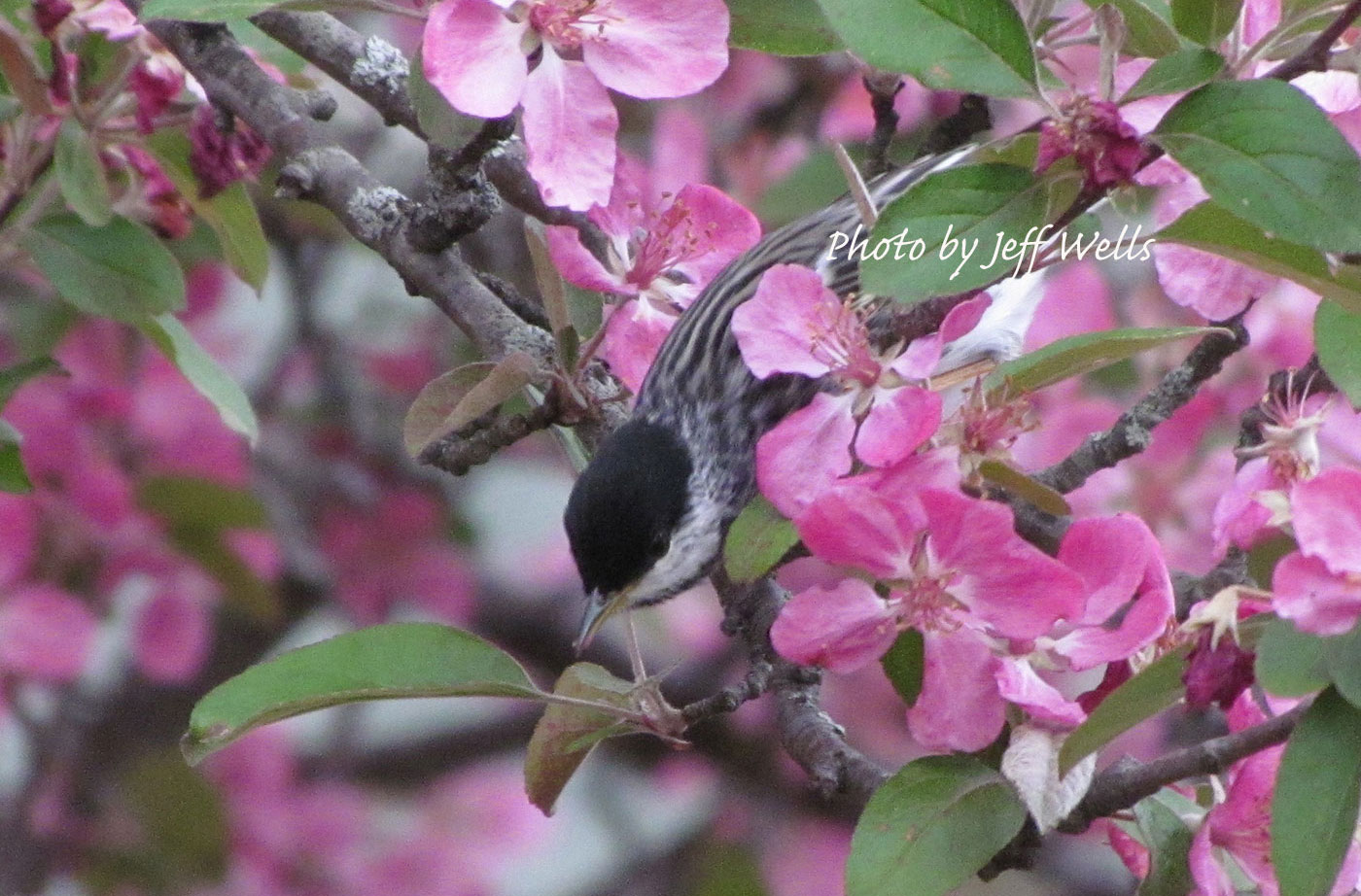 There were the incredible May mornings along the Harrison Avenue Nature Trail in Gardiner where we scanned the treetops, wowed by warblers on their way north to the boreal forest. (Courtesy of Jeff Wells)

We ended up adding another 12 species to our list after October, less than we could have if we had done a full push. But we were satisfied with our “mindfulness” total of 226 species counted in Maine in 2019.

We used eBird to keep track of our numbers for us, and it was kind of fun to see that we had submitted 338 checklists in Maine throughout 2019 quest. That seems like a lot, but it has already started us thinking—could we make it at least 365 in 2020? Surprisingly, we submitted more checklists in February, March, and April than in other months of the year although, not surprisingly, we saw the most species in May and June. 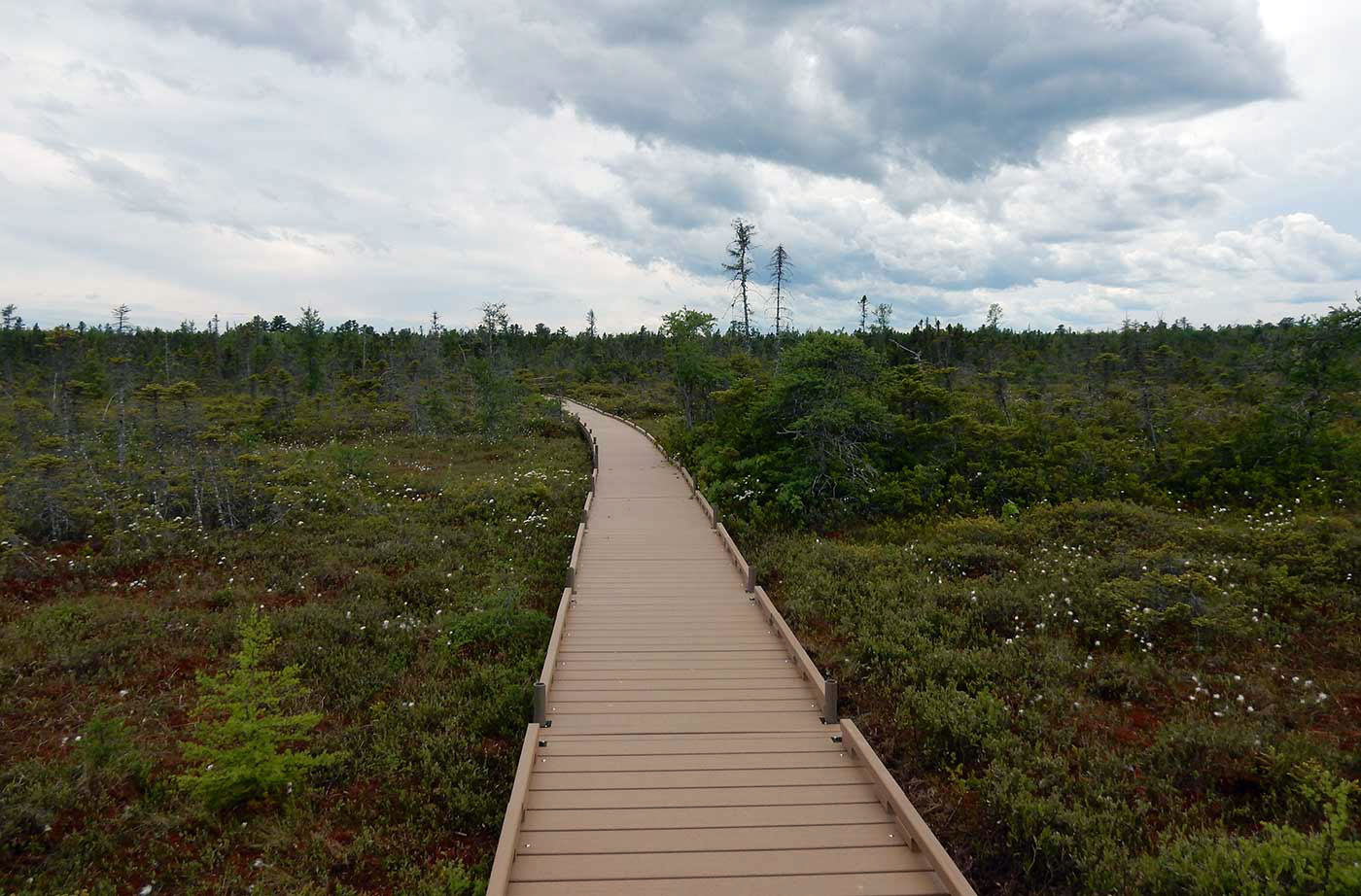 Our Mindfulness Birding Big Year took us on a wonderful Father’s Day adventure to the Orono Bog Boardwalk to look and listen for Lincoln’s sparrow. We dipped on the bird, but the trip was a success because we reconnected with a beautiful place we hadn’t visited for a few years. (Courtesy of Jeff and Allison Wells)

We’re flooded with wonderful “mindfulness” memories as we look back through the list. We scanned across the ice at Damariscotta Mills in search of the lone male Canvasback that wintered there (we saw it). We stood on the icy path at Two Lights State Park, eyes tearing up in the cold and wind coming off the ocean as we watched a flock of Harlequin Ducks bobbing in the surf. There were the incredible May mornings along the Harrison Avenue Nature Trail in Gardiner where we scanned the treetops for Bay-breasted Warblers on their way north to the boreal forest. Or how about that wonderful Father’s Day adventure to the Orono Bog Boardwalk even though we didn’t find the hoped-for Lincoln’s Sparrow? 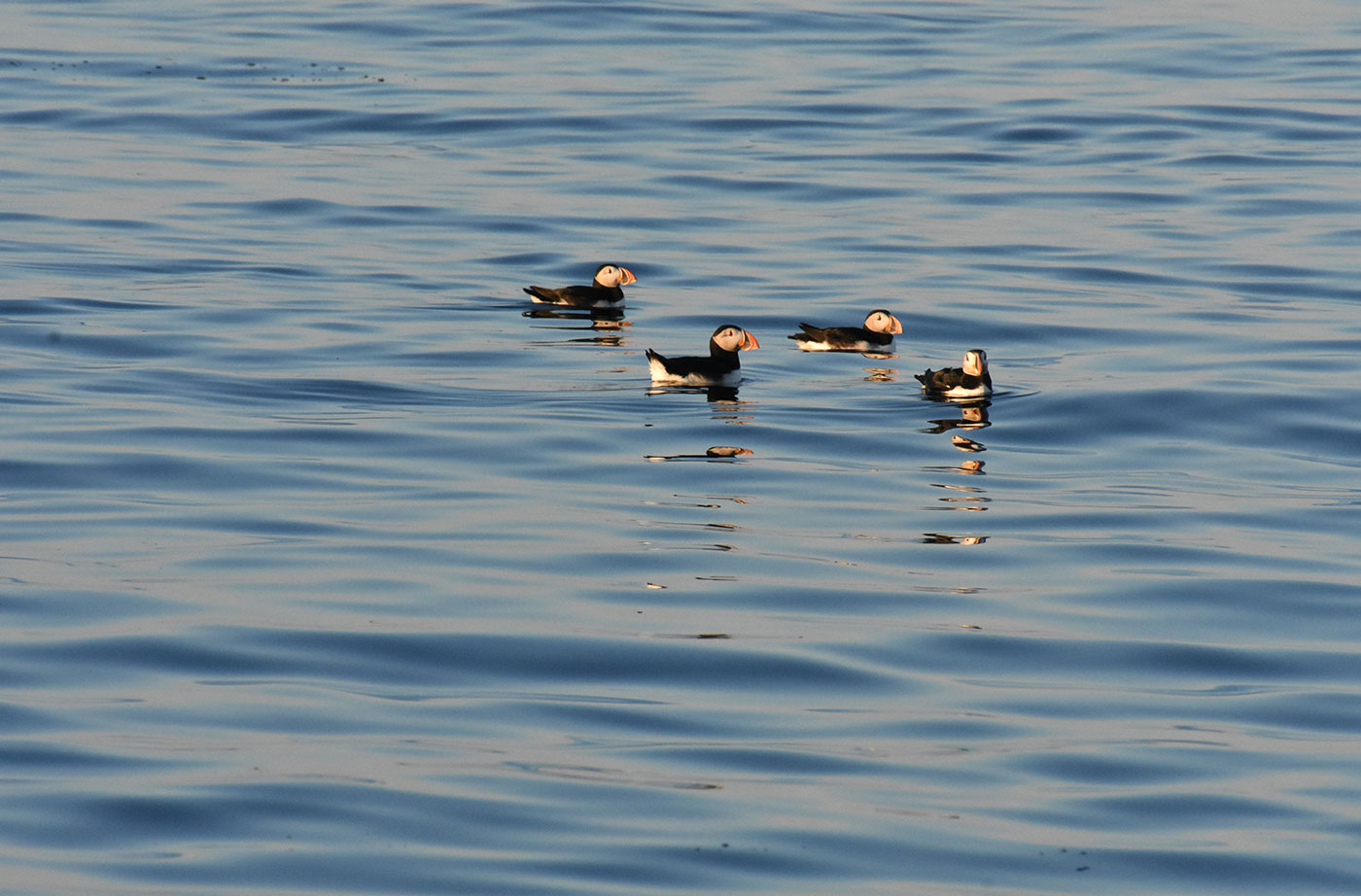 Unforgettable was our time on the Hardy Boat when it was filled with fellow nature lovers, all members of the Natural Resources Council of Maine, gently rocking off Eastern Egg Rock with Atlantic Puffins on the water all around us, punctuated by a brilliant sunset on our way back to New Harbor. (Courtesy of B.Comeau/NRCM)

Unforgettable was our time on the Hardy Boat when it was filled with fellow nature lovers, all members of the Natural Resources Council of Maine, gently rocking off Eastern Egg Rock with Atlantic Puffins on the water all around us, punctuated by a brilliant sunset on our way back to New Harbor. Another NRCM member birding event led us to Mt. Agamenticus for an afternoon of hawkwatching. 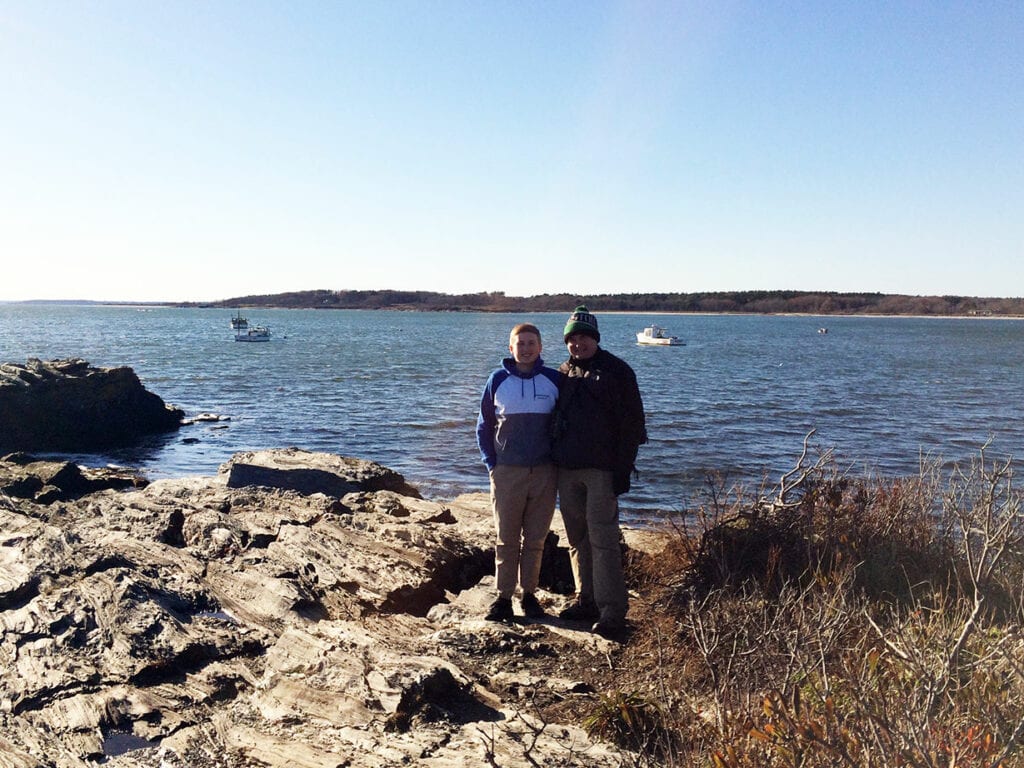 The only Snow Bunting we saw during our Mindfulness Big Year 2019 was on the beach at Kettle Cove in Cape Elizabeth. This “mindfulness birding” adventure also helped us create a special memory with our son. (Courtesy of Allison Wells)

In the end, it was the number of mindfulness nature memories that came from our 2019 Birding Big Year that made it a triumph. Still, 226—can we beat that number this year? We may just give it a try!