From Hawk Hunting to Hawk Watching: A Day Celebrating Hawks at “Mt. A” with NRCM Members

This fall, we spent an enjoyable afternoon on top of Mt. Agamenticus in York, leading a hawk-watching adventure for members of the Natural Resources Council of Maine (NRCM). If you’ve visited “Mt. A,” as this place is often affectionately known, you know it’s a fascinating place. The mountaintop hosts a town-owned-and-operated nature center that was formerly a small ski lodge. A well-maintained road provides easy access to the summit (hiking enthusiasts can enjoy trails leading up from the base), and there are ample parking locations and multiple viewing platforms where you can enjoy spectacular views. The mountaintop panoramic scenes extend to the mountains of New Hampshire and western Maine and to the vast ocean and Maine coastline. 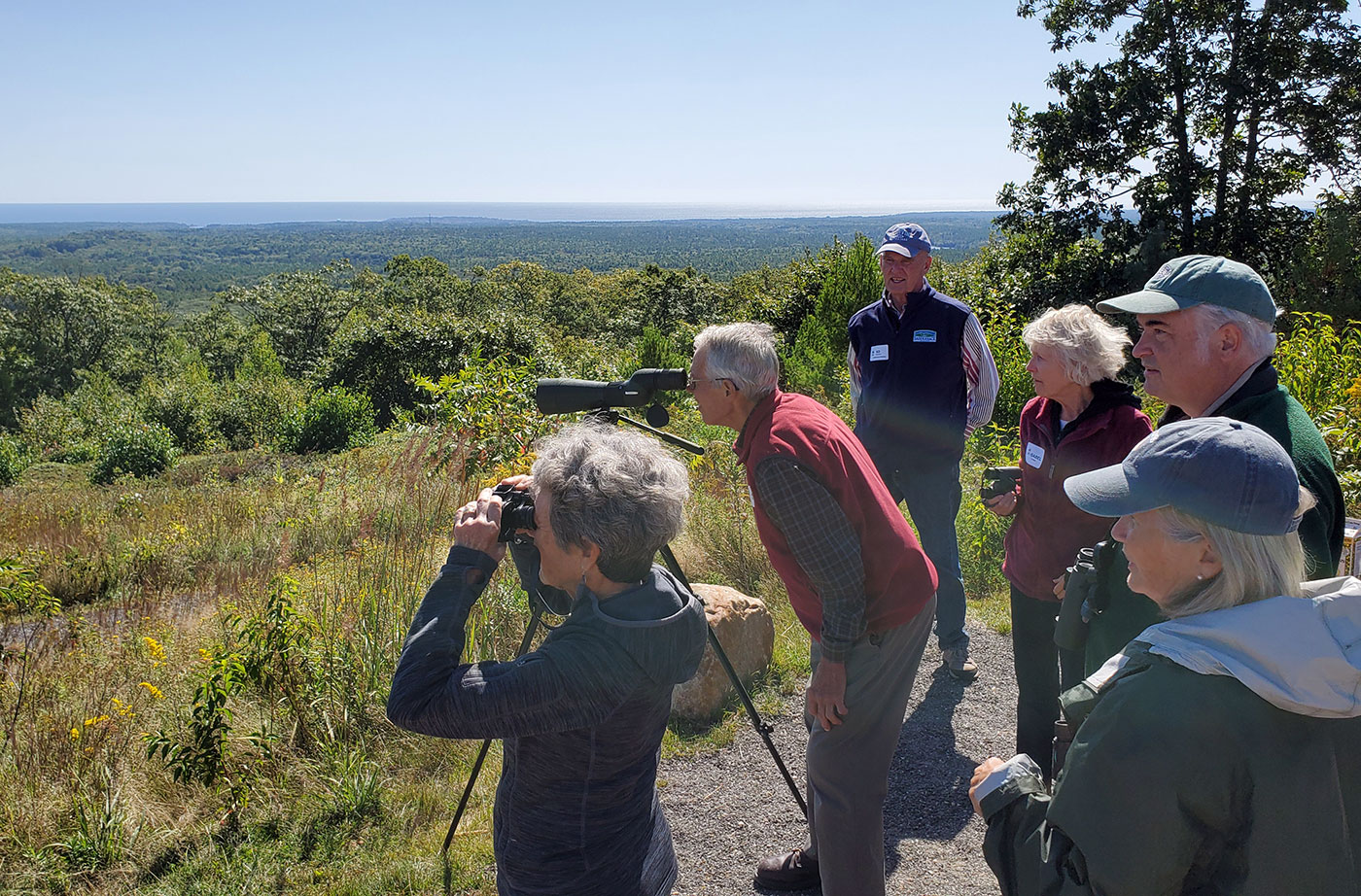 Imagine standing in a place like that as hawks of all sizes zoom past, often at eye level, teetering on a northerly wind—sometimes dozens of them in a single view. No wonder hawkwatching has become such a popular pursuit among many birders, especially in the fall, when hawkwatching is at its best. 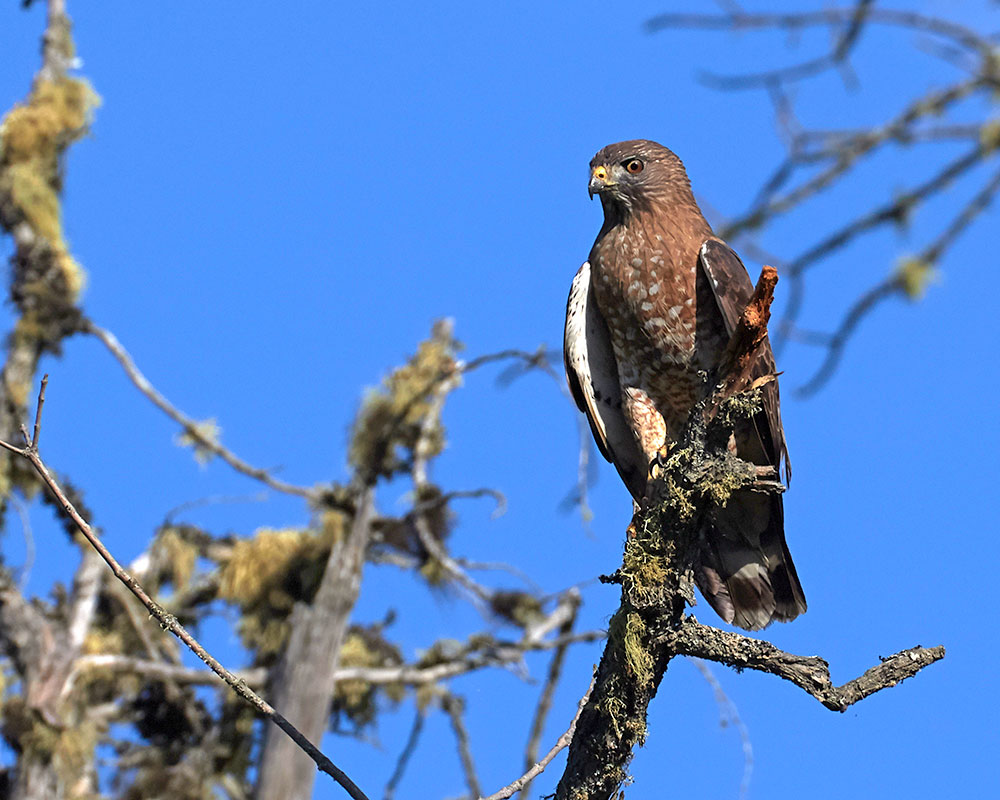 Thousands of Broad-winged Hawks migrate through Maine in the fall. (Photo courtesy of Pam Wells)

But not so many years ago, fall was considered a time for shooting large numbers of hawks, rather than watching and admiring them. In fact, two of the most famous hawk-watching spots in the world—Hawk Mountain in Pennsylvania and Cape May in New Jersey—were sights of some of the worst annual hawk slaughters. Hawk Mountain became a bird conservation flashpoint when ornithologist Richard Pough published photos showing piles of dead hawks killed there in the early 1930s. A conservation activist named Rosalie Edge saw these photos. In 1934 she leased the land and hired a warden, effectively ending the killing of hawks at that location. Roger Tory Peterson recounted being at Cape May in the 1930s and watching as gunners killed hundreds of Sharp-shinned Hawks as the birds crossed an open area, unaware of the cruelty that was about to befall them. And that seems like nothing compared to the 1,400 hawks killed in a single day there in 1920!

Fortunately, attitudes and laws have changed. Now, both Cape May and Hawk Mountain are famous meccas for hawkwatching, hosting thousands of visitors annually who enjoy being in the presence of these magnificent creatures. 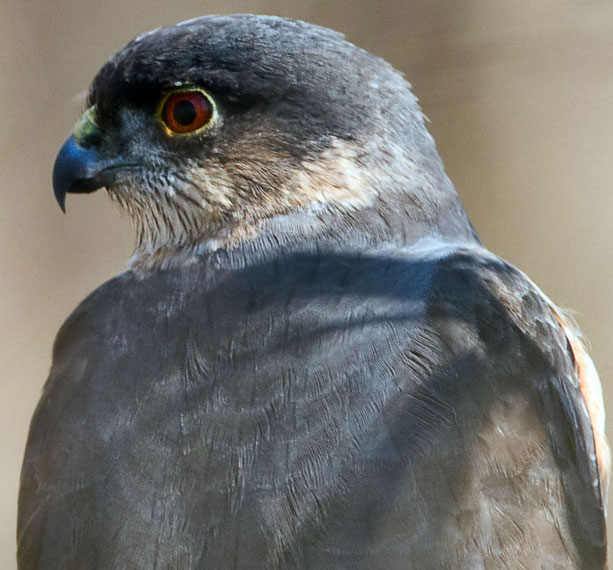 Fortunately, Mt. Agamenticus does not have the sordid hawk-killing history of other famous hawk-watching locales, but it has been a popular spot for hawkwatching for decades. Thankfully, it has been protected with funds from the Land for Maine’s Future program. And a great many people consider it a hawk-watching home away from home. We well remember our old friends, Rena Cote and June Ficker, both now passed on, who ensured that the hawks were diligently counted each fall for many years from the summit of Mt. Agamenticus. 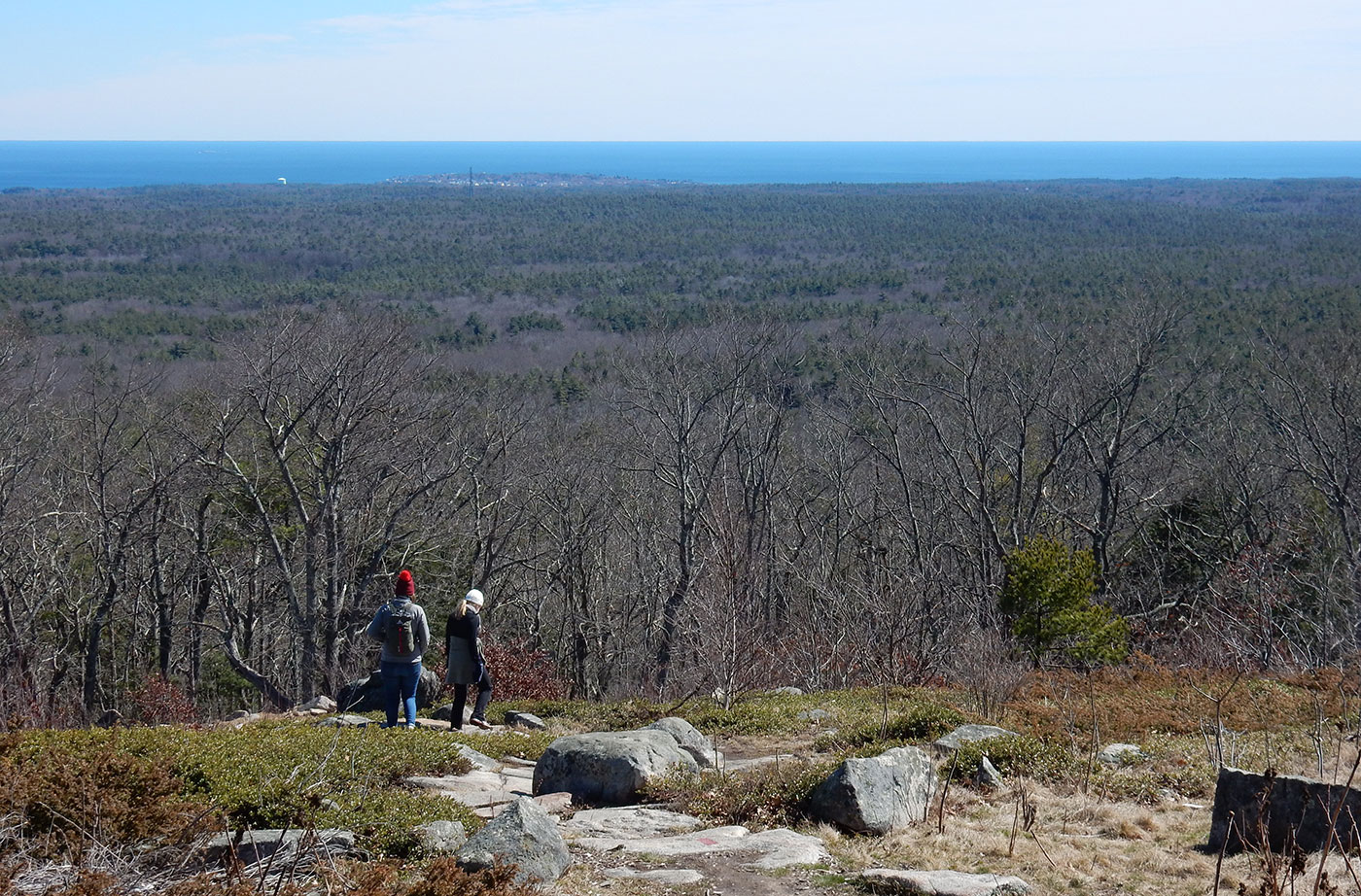 Mt. Agamenticus, protected in part thanks to the Land for Maine’s Future program, is a great place for bird watching, hiking, and more.

On the day of our NRCM member event, we were just hoping to see a few hawks to show those who had joined us for this special occasion. As birders know well, good hawkwatching, regardless of location, depends largely on the date and the weather. We had a beautiful, clear day but with only light winds (hawks like some wind to keep them in the air and moving south). We hoped we might see decent numbers of Broad-winged Hawks, which tend to peak in migratory numbers in September. We did indeed see a few broad-wings, but at a distance that made it hard for some of our guests to see well.

What we did see well were several Red-tailed Hawks. Red-tails are among the most common hawks across North America. They are adaptable and can be found along highways, in overgrown fields, and even right in cities. The Red-tailed Hawks of Central Park in New York City have become quite famous (there’s at least one book written about them), and the famous Great Black Hawk of Portland was regularly harassed by the many city-dwelling Red-tailed Hawks that are resident there. 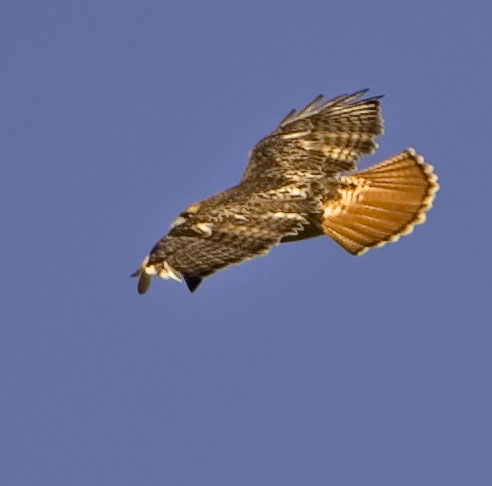 During our NRCM hawk-watching adventure, a Red-tailed Hawk swooped in and landed a hundred yards away, affording great views for all.

The height of Red-tailed Hawk migration here in Maine is in October, so we were a little early to be seeing migrant red-tails on our September visit to Mt. Agamenticus. But we were blessed when a gorgeous Red-tailed Hawk—likely one of the local resident birds that had nested nearby—swooped in and landed a hundred yards away. A line quickly formed at our telescope, affording great views for all. The show got even better when the bird dropped down into the brush, grabbed a snake, and ate it while we all got to see the cycle of life in action.

Shooting hawks is not a natural part of that circle; thankfully, it was outlawed in the U.S. decades ago. Hawkwatching, however, will remain a regular part of life for many of us who enjoy the nature of Maine.