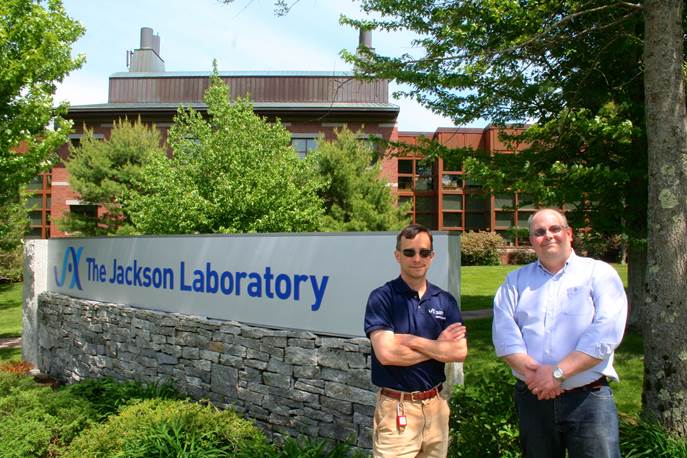 Jackson Laboratory ‘s David Kuchta and Norm Burdzel oversaw the Lab’s installation of a state-of-the-art wood pellet-fired steam power plant that provides both heat and power to the Lab campus while cutting electricity costs and oil use.

While businesses across Maine are scrambling to deal with the electric price increases that are slated to hit customers this winter, Jackson Lab has already taken steps to help ease its exposure, through wise energy-efficient investments over the last few years.

“With help from Efficiency Maine and its RGGI funds, we were able to build a combined heat and power plant, fueled by Maine-grown and made wood pellets,” said Norm Burdzel, Facilities Engineer, Jackson Laboratory. “It has slashed Jackson Lab’s heating oil use while generating clean electricity we can use, too.”

Jackson Laboratory is a premiere biomedical research facility dedicated to finding cures to cancer and other risks to human health, like cardiovascular disease, diabetes, and obesity, among others. The Laboratory also supplies mice to research facilities around the world.

As Hancock County’s largest employer—with more than 1,200 people— and a need for finely tuned temperature and humidity levels to raise mice, the company’s heating, humidifying, and cooling bills would go through the roof this winter, if its energy investments had not been made.

The Lab’s new 600-kilowatt turbine works in conjunction with its wood pellet-fueled boiler, which generates steam for various heating needs. Excess steam drives the turbine, generating electricity on site and cutting costs further. By generating some of its own power in a sustainable, cost-effective fashion, the Lab also helps insulate itself against some of the volatility in electricity markets, and its energy-efficient lighting and other improvements have further cut overall power needs.

The boiler/turbine project cost $730,000, $365,000 of which came from the RGGI-funded Efficiency Maine Large Customer Program. Jackson Laboratory projects it will save $140,000 per year and repay its investment within 2.6 years, reducing its need for power purchased from the grid by 8 percent.

Brewer-based Kinney Electric completed all of the electrical work for both the pellet boiler and the turbine at Jackson Lab. Kinney Electric is no stranger to Efficiency Maine-funded projects, most commonly for lighting improvements in commercial spaces, like warehouses.

“This kind of work is important to us,” said Dan Kinney. “It might seem like a small project for a small company, but here in Maine, almost everyone is a small company.” Kinney employs seven people. Kinney says working on this and other Efficiency Maine projects has been great. “The whole process was very smooth; it went very well for us.”

Other contractors that worked on the Jackson Lab project include Pizzagalli Construction Company of Portland, R.F. Jordan of Surry, Johnson & Jordan of Scarborough, Babcock & Wilcox of Yarmouth, and Maine Wood Pellets of Athens, among others.

At this point, all lighting, heating, ventilation, and air-cooling systems at the Lab meet LEED standards; all lights have been upgraded to fluorescents, on motion sensors where applicable, and exterior lights are used less at night to cut light pollution, and on-demand water heaters provide hot water efficiently, while new, non-HFC chillers provide cold water efficiently, too. 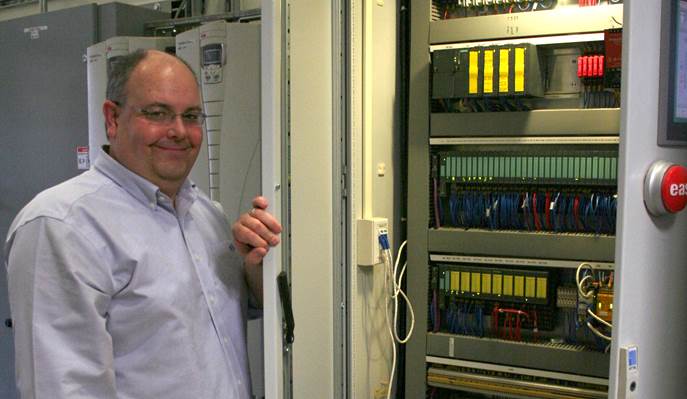 The Regional Greenhouse Gas Initiative (RGGI), which supplies funds to Efficiency Maine for this initiative, is a market-based effort among nine states to reduce climate-changing carbon pollution from power plants and spur investments in energy efficiency and clean energy. The program began in 2009, and today delivers cleaner, more efficient electricity, and a more energy-independent and competitive economy for Maine.

“Maine energy consumers are reaping enormous benefits from RGGI,” said Dylan Voorhees, Clean Energy Director for the Natural Resources Council of Maine. “Not only are we participating in a historic program that shows how cutting carbon pollution can be consistent with economic growth, but the specific decision by lawmakers to invest RGGI funds in energy efficiency is paying big dividends through lower energy bills.”

RGGI is central to Efficiency Maine saving millions for homes and businesses. While the largest portion of RGGI funds has gone to large customer projects, from paper mills to hospitals, substantial RGGI funds have also gone to households and smaller businesses to help them cut electric bills. In late 2013, Efficiency Maine began using RGGI money to fund weatherization programs that predominantly reduce home heating oil bills. Going forward, 35% of all RGGI funds are being used to help homeowners insulate and tighten up homes, and for investment in high-efficiency heating equipment. So far this weatherization program has helped homeowners reduce heating bills by an average of 33% or $1,100 per year.

RGGI gains new relevance in 2015, as the U.S. Environmental Protection Agency is working to establish national carbon limits for power plants to help address climate change. The EPA plan rewards Maine’s leadership with RGGI, and our economy and climate will benefit as our other regions come closer to our standards of clean power.