The Truth about Maine’s Extended Producer Responsibility for Packaging Bill

Maine people want to recycle, but it has become too costly and too confusing. This is because much of our packaging waste cannot be easily recycled, and Maine’s municipalities are struggling to foot the bill and must raise taxes to support recycling programs. It’s high time to require the corporate producers of packaging waste—like Amazon, Walmart, and Procter and Gamble—to do their fair share and take responsibility for their part in the recycling of packaging. Just like is done all over the world.

LD 1541 is just the bill to bring an Extended Producer Responsibility (EPR) for Packaging program to Maine. This policy has the support of dozens of Maine’s municipalities, the environmental community, solid waste professionals, and many of Maine’s responsible business owners. It is modeled on successful programs used throughout the world to increase recycling and is the product of several years of study and stakeholder collaboration. Now is the time to finally let Maine’s municipalities know that help is on the way.

But, as lawmakers prepare to vote on LD 1541, the billionaire multinational corporations that would prefer that Maine taxpayers continue to pay for their packaging waste are ramping up their opposition to the bill by purposefully spreading misleading and false information. Companies like Clorox have funded research being used to create bunk studies using flawed data from the Consumer Brands Association that deter lawmakers from supporting EPR; and multinational plastic packaging manufacturers like Novolex have created phony environmental groups to disguise their shameful agenda to keep making more trash. These groups are also conducting biased polls and purposefully spreading false information.

Here are the facts you need to know about LD 1541 and EPR for Packaging:

FACT: Legitimate studies show there is no correlation between costs of goods and EPR programs; no evidence that it affects consumer prices.

“Given the lack of clear correlation between higher prices and the existence of EPR policy, it is likely that pricing is more influenced by other economic factors, such as energy or labor costs, local taxes, distance from distribution hubs, competition, or other operating expense differences.”

FACT: EPR for Packaging is the single most effective policy tool we can use to reduce waste, increase recycling, and save taxpayer money. 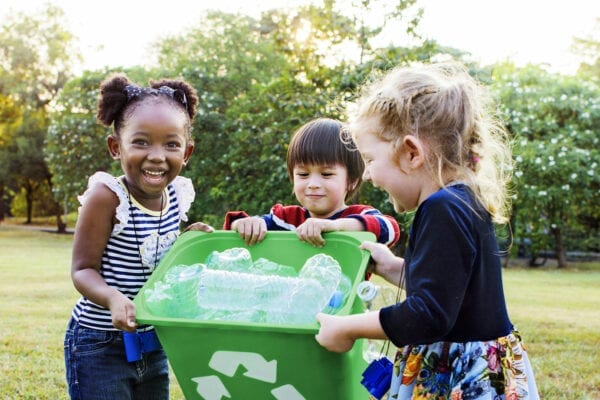 Here is the truth you need to know about the so-called “York University studies” that LD 1541 opponents refer to before repeating their false claims:

The so-called “studies” for New York and Maine that opponents to LD 1541 have cited as reasons not to support this policy should not be taken seriously. They are not peer reviewed, not based in real data, and do not even use correct math. The single author has not published an academic paper since 2017 and admitted recently his paper was “hypothetical” and not statistically significant. There are zero citations for the assumptions used in the “Maine Study,” which reads more like a biased opinion piece than legitimate research. A team of researchers at the University of Maine has also expressed deep skepticism with the results.

This so-called study does not pass the academic straight face test, but here are just a few of the many reasons why this should be treated as patently false information:

In other words—the total cost the author leads people to believe will be passed on to Maine households is three times more than the total cost figure they arrived at! I mean, bad data is one thing, but we should at least use good, simple math.

Sarah is a waste policy expert and leads NRCM’s local and state efforts to reduce waste and litter, encourage reuse, and increase recycling and composting in Maine. Prior to joining NRCM in 2014, she spent several years working to improve recycling programs in rural communities. She earned a master’s degree from the Bren School of Environmental Science and Management at the University of California Santa Barbara, where she specialized in environmental policy, and has a bachelor’s degree from the University of New Hampshire in Environmental & Resource Economics. Sarah is from Bath, and resides in Cumberland.