Postcard from Vienna, Austria in the Year of the Bird

Since Jeff has just returned from a conference abroad, we decided to share his experience and perspective with readers of our column.

Members of the Natural Resources Council of Maine (NRCM) have seen firsthand the power of working with like-minded allies. The recently completed Penobscot River Restoration Project is a great example. NRCM, a founding member of the project, joined forces with government agencies, like-minded NGOs, the owner of the dams, and the Penobscot Indian Nation to restore fish passage to the state’s largest watershed, yielding great results. Although the governor vetoed solar, the vast number of coalition partners and supporters means this issue continues to be poised for success. Currently, the CMP transmission line issue, which would destroy important habitat and scenic values in the famed Kennebec Gorge (with no gain to Maine people), is an important reminder that when threats happen, our environment and wildlife need all hands on deck. 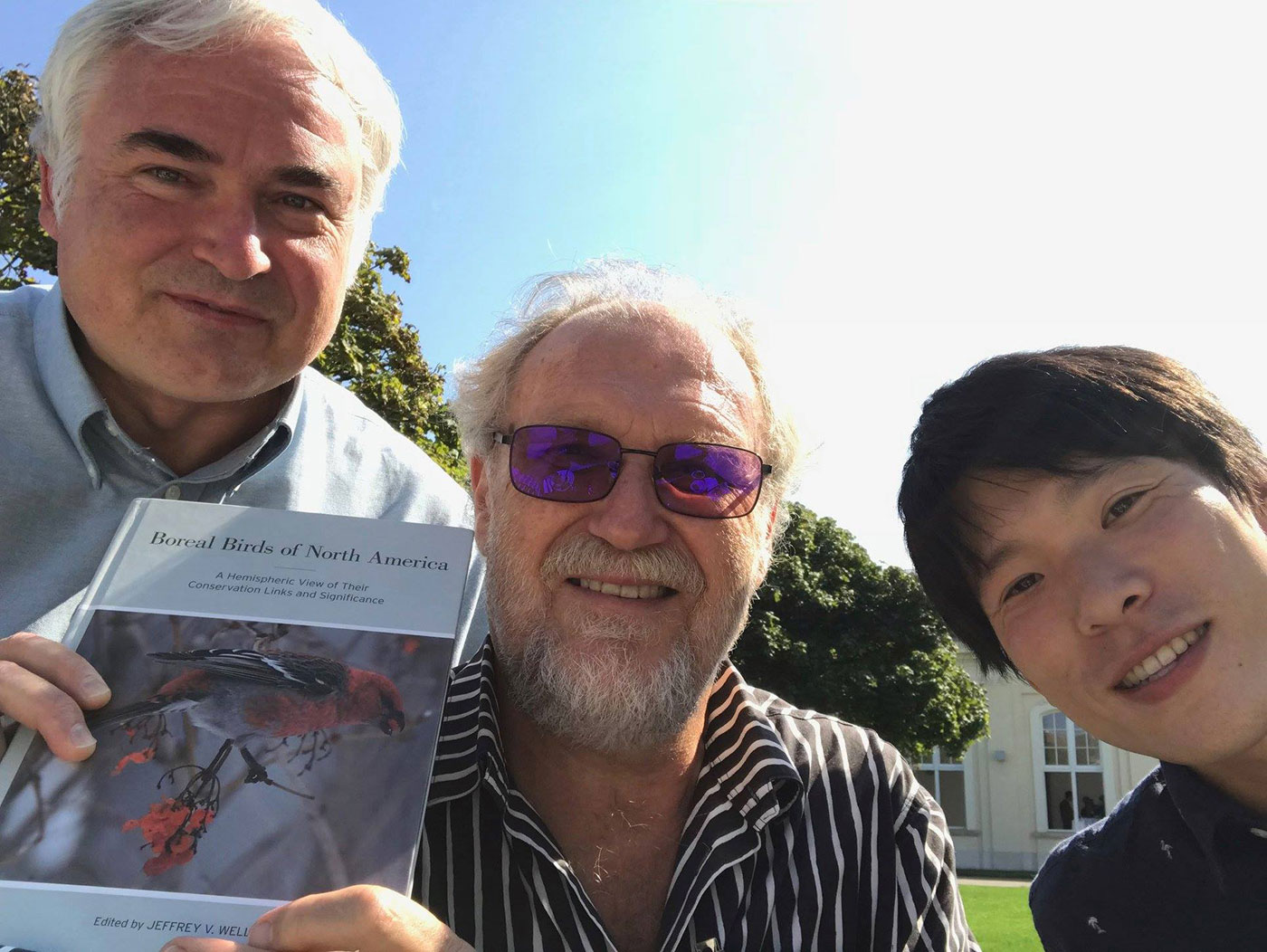 Jeff Wells with scientists from Sweden and Japan.

The past week, I spent five days in Austria at the Cool Forests at Risk Conference, a meeting of the International Boreal Forest Research Association. Held at one of the former summer palaces of the Habsburg dynasty near Vienna, the conference included participants from nearly 30 different countries including most European nations, plus the U.S., Canada, Mexico, Russia, and even New Zealand, Taiwan, Japan, South Korea and Mongolia. The purpose of the meeting was to bring together a diverse community of experts in the science and conservation of boreal and mountaintop forests, to share new research findings and experiences with the hope of establishing a stronger collective voice for conservation of those forests. 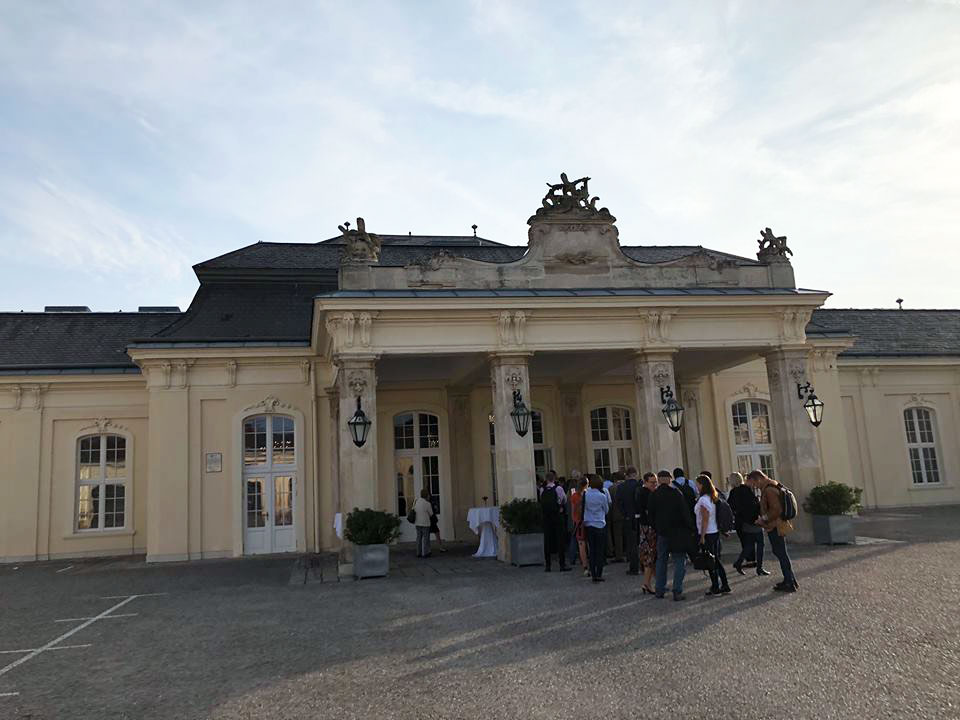 Schloss Laxenberg was a far cry from the bland hotels where many conferences are held.

It felt a bit odd to be meeting in the rather elegant setting of a former palace when most such gatherings take place in bland, modern hotels but the meeting was generously hosted by the International Institute for Applied Systems Analysis, now headquartered at the former palace. This organization does much work related to the environment and is also exceptionally good at running and hosting international meetings. 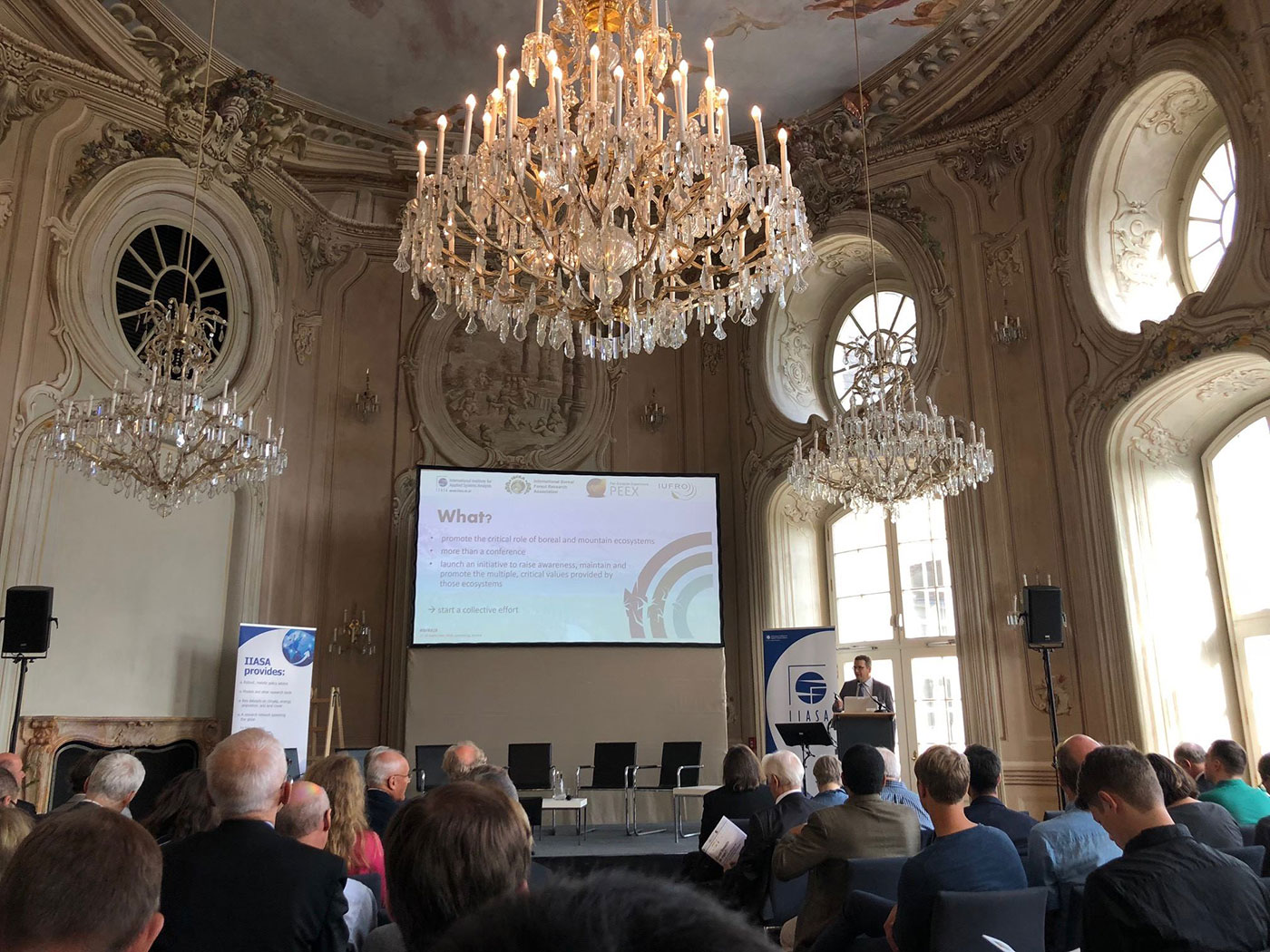 The coming together of like-minded people, even across cultures and languages, to work together for a common goal—in this case, the conservation of boreal forest and mountaintop forest ecosystems—is our only hope for a positive future that includes healthy ecosystems, including thriving populations of birds.

Since 2018 is the Year of the Bird, and given the purpose of the trip and my surroundings, I was reminded that just over 100 years ago, a similar coming together of like-minded people spanning great distances and cultures resulted in one of the world’s most important agreements that saved many of our most beloved bird species from extinction. That historic agreement was the Migratory Bird Convention (Treaty) that, for the first time, committed two massive nations—the U.S. and Canada—to ensuring protection of the migrating bird populations shared between them across the North American continent. Here in the U.S., the Migratory Bird Treaty Act was passed by Congress and signed into law by President Woodrow Wilson in 1918. That is why 2018 is being celebrated as the Year of the Bird to commemorate this historic event.

Interestingly, in the ensuing years since the treaty was first signed, other nations have added themselves to the agreement including Mexico in 1936, Japan in 1972, and even Russia (then the Soviet Union) in 1976.

While birds and birding were not the primary reason for this trip, I did spot a few species on my occasional strolls around the adjoining park lands and on a fieldtrip to the Austrian mountains that was part of the conference agenda. I watched Eurasian Kestrels soaring over a mountain ridge, a small flock of rosy-colored Common Crossbills huddled in the Norway spruces near Schneeberg (“Snow Mountain”), a tiny glowing-blue Common Kingfisher along a stream, and ever-present gray and black Hooded Crows strolling the palace lawns in search of food. As I observed, I was struck by how crucial a meeting like this was for the future of birds.

In the Year of the Bird, I hope and expect that the Cool Forests at Risk Conference may eventually help to increase the collective global voice for conservation of boreal and mountaintop forests. Such a voice and a vision will be good for birds and for our world.