Today, the future of the Kennebec River is at a turning point. Maine can continue the highly successful restoration of the river that has taken place over the past 20 years and help save Atlantic salmon from becoming extinct. We can improve the health of the river and enhance communities along the Kennebec. Doing so, however, will require Brookfield – the international, multi-billion-dollar energy giant that owns four dams between Waterville and Skowhegan – to be a productive partner.

To help Mainers better understand this opportunity and the issues involved, we have compiled some answers to frequently asked questions and explained how you can help.

Why Now? Why the Kennebec? 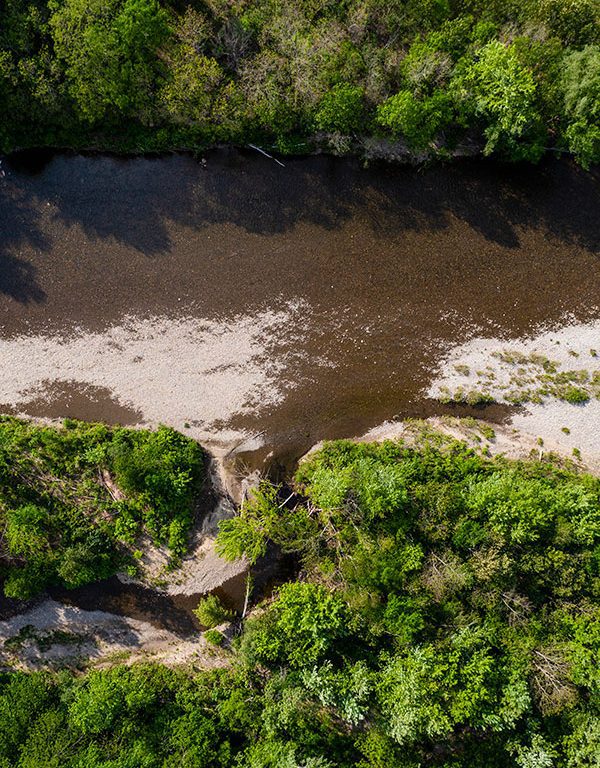 The Kennebec was once the most productive river in Maine for sea-run fish, with Atlantic salmon runs in the hundreds of thousands. The removal of the Edwards Dam in Augusta in 1999 has been one of Maine’s biggest environmental success stories, with millions of river herring returning annually, along with shad, sturgeon, and other species.

But the good news story stops at Brookfield’s dam in Waterville, the first in a series of four dams that prevents Atlantic salmon from reaching the Sandy River, a tributary of the Kennebec that has some of Maine’s best spawning and rearing habitat for salmon. The dams block access and create dangerous conditions for Atlantic salmon and other sea-run fish that support the health of Gulf of Maine commercial fisheries.

Today, Atlantic salmon are struggling to survive and have been listed as an endangered species under the federal Endangered Species Act. Fisheries biologists believe that Atlantic salmon will go extinct in the U.S. without safe access to the Sandy River to spawn. Removing these four dams would open the Kennebec River to its confluence with the Sandy, helping Atlantic salmon recover and restoring millions more American shad, American eel, and river herring as well.

How is Brookfield Harming Salmon and Other Fish Species?

Brookfield’s four dams between Waterville and Skowhegan produce only 0.43% of Maine’s electricity yet threaten salmon with extinction and damage the habitat of other sea-run fish.

The harm these dams cause far outweighs the benefits from their small renewable energy output. That’s why the Natural Resources Council of Maine (NRCM) and our conservation partners have called for the removal of these small dams to restore the health of the river, while keeping in place much larger dams further inland that produce the bulk of the region’s hydroelectric power.

In 1998, NRCM and our Kennebec Coalition partners signed a legal agreement with the owners of these dams that was supposed to result in rapid restoration of sea-run fish in the Kennebec. Twenty-four years later, things have only gotten worse because Brookfield and previous dam owners have failed to live up to their responsibilities, and the Federal Energy Regulatory Commission (FERC) has failed to enforce the agreement.

Brookfield is violating both the 1998 legal agreement as well as the Endangered Species Act. Instead of working with state and federal agencies to come up with solutions, Brookfield has sought to change Maine state laws in its favor, sued the State of Maine, and attacked the work of Maine marine scientists. The company proposes to build outdated fish passage facilities that won’t work in Maine because they have not worked for Atlantic salmon or American shad anywhere else in the world where fish need to pass four dams.

What about the Sappi Mill?

Maine Governor Janet Mills, state agency officials, and conservation organizations, including NRCM, have all made clear the only path forward for river restoration that they support involves protection of the Sappi mill in Skowhegan and its jobs. We believe that both goals are achievable: a healthy mill and healthy river.

The Shawmut Dam currently creates an impoundment that serves as a water source for the Sappi mill. When dams of a similar size have been removed, new infrastructure was installed to provide an alternative water source. That outcome should be achievable for Sappi.  It is also possible that a nature-like bypass could be constructed around the Shawmut Dam to allow fish to reach upstream habitat. If such issues cannot be resolved, then the Shawmut Dam would remain and enormous progress could still be achieved through removal of three dams.

Brookfield knows that this is the position of parties calling for removal of its dams, yet the corporation insists on trying to scare Maine people with misinformation in its efforts to continue making profits at the expense of our environment.

This is Our Chance to Act. What Can Be Done?

Right now, the Shawmut Dam, the third dam upriver from Waterville, is undergoing relicensing. This entails a detailed review by the federal government that only happens once every 30-50 years, so this is our best chance to shape the future of the Kennebec. Here is an outline of the various agencies and organizations that are involved. 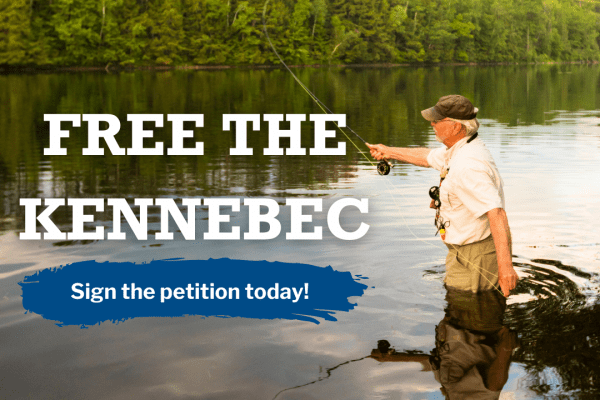 How Can Maine People Get Involved?

People across Maine played a critical role advocating for the removal of the Edwards Dam in Augusta in 1999, which has enabled the river to surge back to life. Mainers increasingly see this as the next critical step to continue that successful effort to achieve a new balance for the river and its riverside communities.

Hundreds of Mainers have already begun to speak out against the damage caused by Brookfield’s dams between Waterville and Skowhegan. You can join this effort to create a new future for the Kennebec River. Sign up to receive email updates from us to find out when you can weigh in.