Fatal Flaws in Brookfield’s Proposal for the Kennebec

If we are to save endangered Atlantic salmon and restore healthy populations of other sea-run fish, it’s clear that removing four dams on the Kennebec between Waterville and Skowhegan must happen. The best available peer-reviewed science shows that all of the proposals for fish passage being made by the owner of the dams, Brookfield Renewable, will fail.

To make this point, the Natural Resources Council of Maine joined with our partners at the Kennebec Coalition and Conservation Law Foundation to file a detailed objection to Brookfield’s flawed Species Protection Plan (SPP) for endangered Atlantic salmon, Atlantic sturgeon, and shortnose sturgeon at three of its dams on the Kennebec between Waterville and Skowhegan – the Lockwood, Hydro-Kennebec, and Weston dams.  The SPP was filed with the Federal Energy Regulatory Commission (FERC) and shares the same fatal flaws as Brookfield’s plans for continued operations at the Shawmut dam that sits between the Weston and Hydro-Kennebec dams. 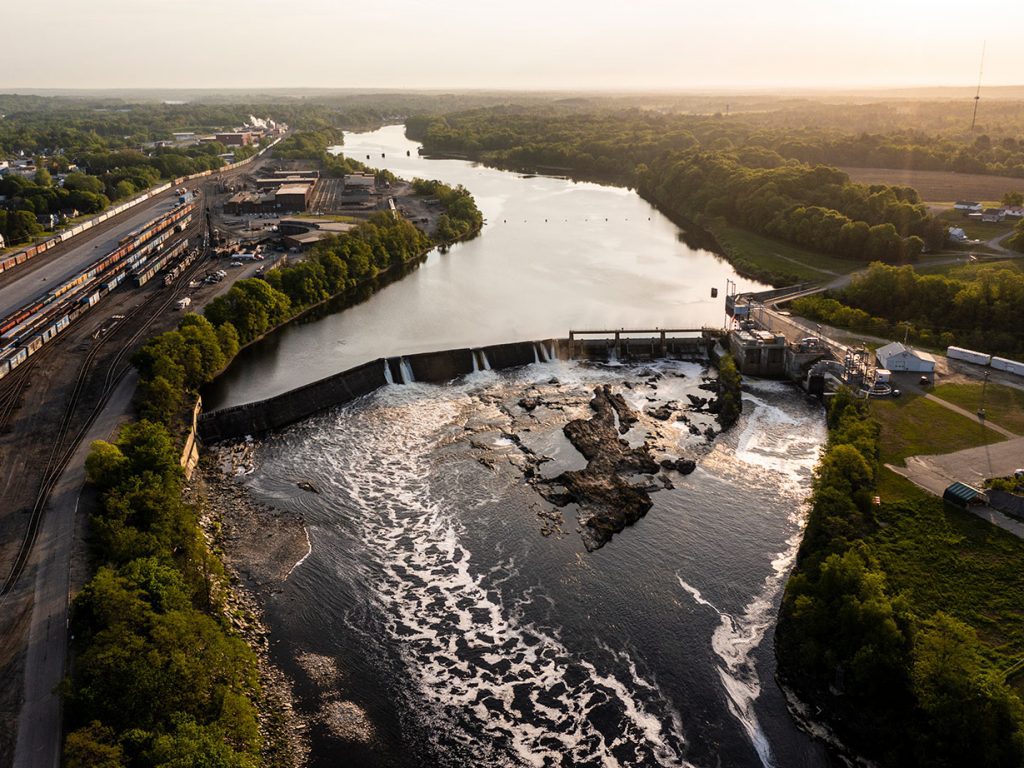 Hydro-Kennebec Dam on the Kennebec River in Waterville. (Photo by J.Monkman/NRCM)

“Even if everything Brookfield proposes in the SPP were to work according to plan, which best available science and information show is not possible, it would still result in unacceptable mortality for Atlantic salmon.”

“Brookfield’s failure to guarantee successful passage for other sea-run species is another nail in the coffin of Kennebec salmon, and in any efforts at fish restoration on the Kennebec.”

“Brookfield does not have a suitable solution to the problem of these hydropower projects’ permanently impairing sea-run fish restoration on the Kennebec and never will.”

The filing was submitted by the Kennebec Coalition (Atlantic Salmon Federation, Kennebec Valley Chapter of Trout Unlimited, Natural Resources Council of Maine, and Maine Rivers) and the Conservation Law Foundation. Below are some of the key takeaways from the document:

On August 16, our groups joined nearly 800 Mainers and supporters of dam removal to call on FERC to conduct a full Environmental Impact Statement as part of the relicensing of the Shawmut dam. In June, routine operations at Brookfield’s dams stranded and injured endangered Atlantic salmon. And in May, several of our groups announced they intend to sue Brookfield Renewable for violations of the Endangered Species Act.