This is the time of year many critters are released from the Duck Pond Wildlife Center, although if animals are old enough and sufficiently rehabbed, releases also take place throughout the summer. Chipmunks and squirrels are usually not turned out after mid-October, as their primary natural food sources have dwindled. This year’s fawns are still small and likely unable to survive the first winter on their own, so will be kept for May release. By August, the first to go are the opossums, then the raccoons, skunks, and foxes. To date, Don Cote and his volunteers have released nine of last year’s fawns, more than a dozen possums, six skunks, thirteen red foxes, and one gray fox. Several squirrels, skunks, and 16 raccoons were transferred to another rehabber, the latter of which had been fully inoculated against the parvo virus when they left the Duck Pond Center. Unfortunately, the other rehab facility did lose quite a few raccoons to parvo, but we hope our transfers were protected from this highly contagious disease. 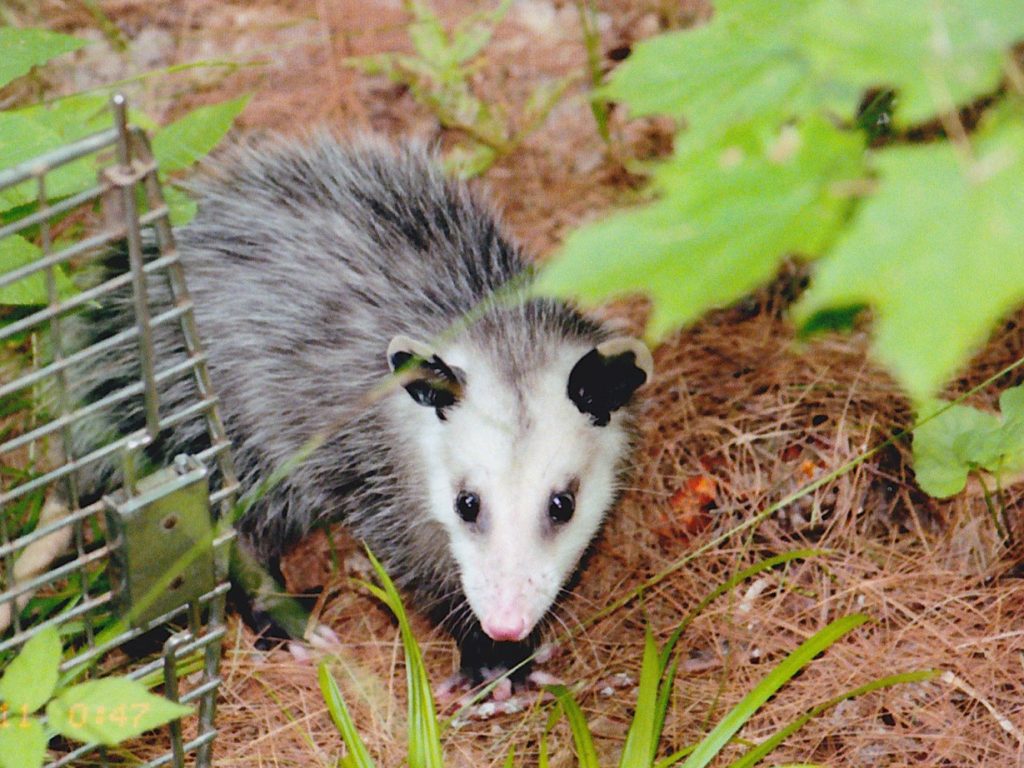 There are still 25-35 Canada geese and ducks on site, nine tiny fawns, the three bobcat kittens I wrote of in August, an opossum which needs vet evaluation to determine if its vision is compromised, and several gray squirrels. I asked Don if he would release the kittens together or separately. He explained they’ll be released individually and in different locations for several reasons: 1) they need to establish their own territories; 2) food resources need to be considered; and 3) bobcats don’t necessarily want or need companionship, even of their siblings; they tend to live solo except during mating season.

I also wondered if there were special site requirements for different species and if the time of day for release mattered. Don said he looks for nearby water in all areas, whether it’s a marsh, pond, or an active brook or stream. Deer are usually turned out in the morning, foxes in the afternoon, all on empty stomachs so they won’t get sick during travel and will begin to actively seek out food in the wild. 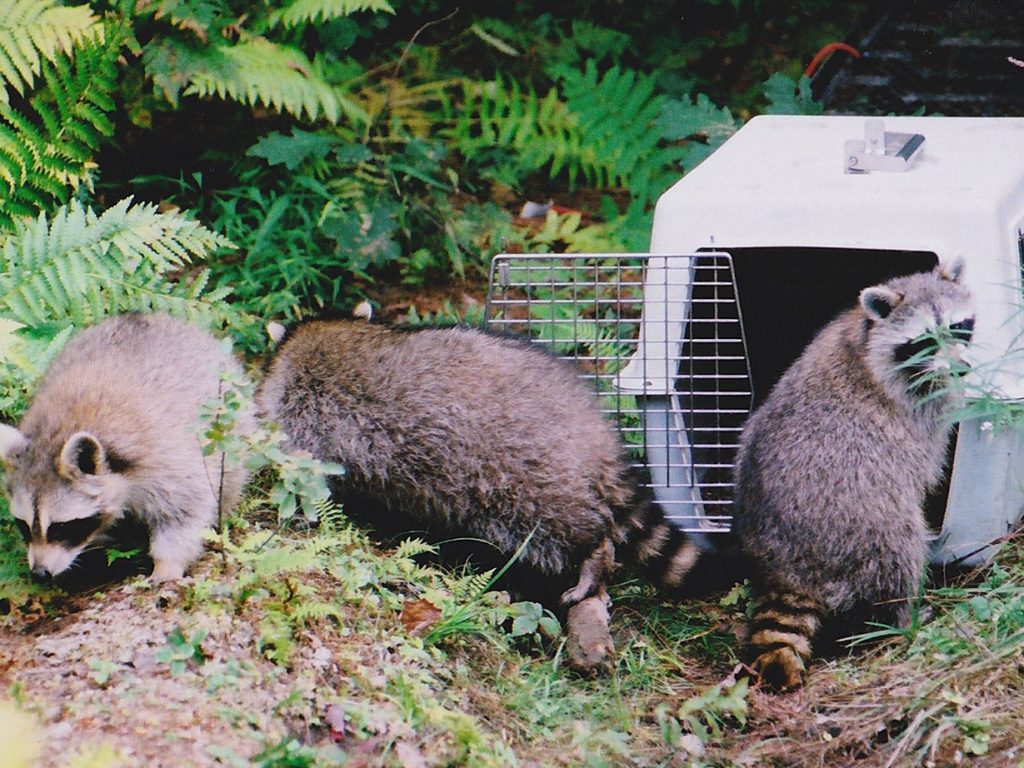 In looking through some of Carleen Cote’s columns, I found one from October 1996:

“There are events in everyone’s life that are memorable. We will never forget one release – that of our first fawn. The month of May had arrived and we looked for a site where the fawn would not be harassed nor, hopefully, hunted. We discussed many sites before choosing one, finally realizing there was no way to forever protect it from being hunted. We had given it a second chance at life; it belonged in field and forest to run and frolic. We called the people who owned the property we thought would be a good release site. ‘Yes,’ they said, they would be thrilled to have the fawn released on their land and would watch over it to the best of their ability, notifying us if problems developed.

“Release day arrived. We loaded the deer into a specially constructed transport crate and headed out. A dirt road led to the field where the deer would be set free, but a rainy spring had turned it to mud. Despite using four-wheel drive, the wheels got stuck. The landowner and his son helped Donald slide the crate from the truck and after carrying it on foot, the deer was released into an open field. As we walked up the muddy trail to the truck, I glanced back. There, right behind us, was the deer. It followed us right back to the farm house! The landowners later reported the deer visited them on a daily basis and had become quite fond of Fruit Loops!”

A reader recently asked what type of items she could donate to the Center. The “Wish List” always includes bleach, cleaning supplies, heavy duty garbage bags, towels, dry dog and cat food (no dye), canned dog and cat food (no dye), paper towels, frozen berries (no syrup), birdseed, and even apples (not from recently sprayed trees). Please be advised that leftover, torn or opened bags of pet food cannot be accepted.

The Wildlife Care Center greatly appreciates the continuing assistance from other rehabbers to help while Don and his long-time volunteer, Amy, deal with health issues. We ask that you check these websites to see if there is a rehabber closer to you to help make critter care at Duck Pond more manageable: www.mainevetmed.org/wildlife-rehabilitation or www.maine.gov/ifw/fish-wildlife/wildlife/living-with-wildlife/orphaned-injured-wildlife/rehabilitation.html. Thank you!