Some days are better than others.

That’s true when it comes to birding (though there’s no such thing as a bad day of birding), and it’s definitely true when it comes to warbler watching. Any opportunity to avoid the dreaded “warbler neck” (the cramping that comes from staring up at these tiny birds as they flit about for insects in the tree tops) is a welcome one.

Such has been the case this spring, when birders discovered, and others trekked to, hot spots—including in our own fair city of Gardiner—to experience the wonders of warblers.

This spring, over the past week or so there have been a number of locations that have yielded huge numbers of bright, breeding-plumaged warblers (tiny song birds, most about the size of your thumb, that spend the winter in Central and South America and the Caribbean but breed in or migrate through Maine). The parade began a few weeks ago, with Yellow-rumped Warblers and Pine Warblers appearing at suet feeders in backyards across the state. 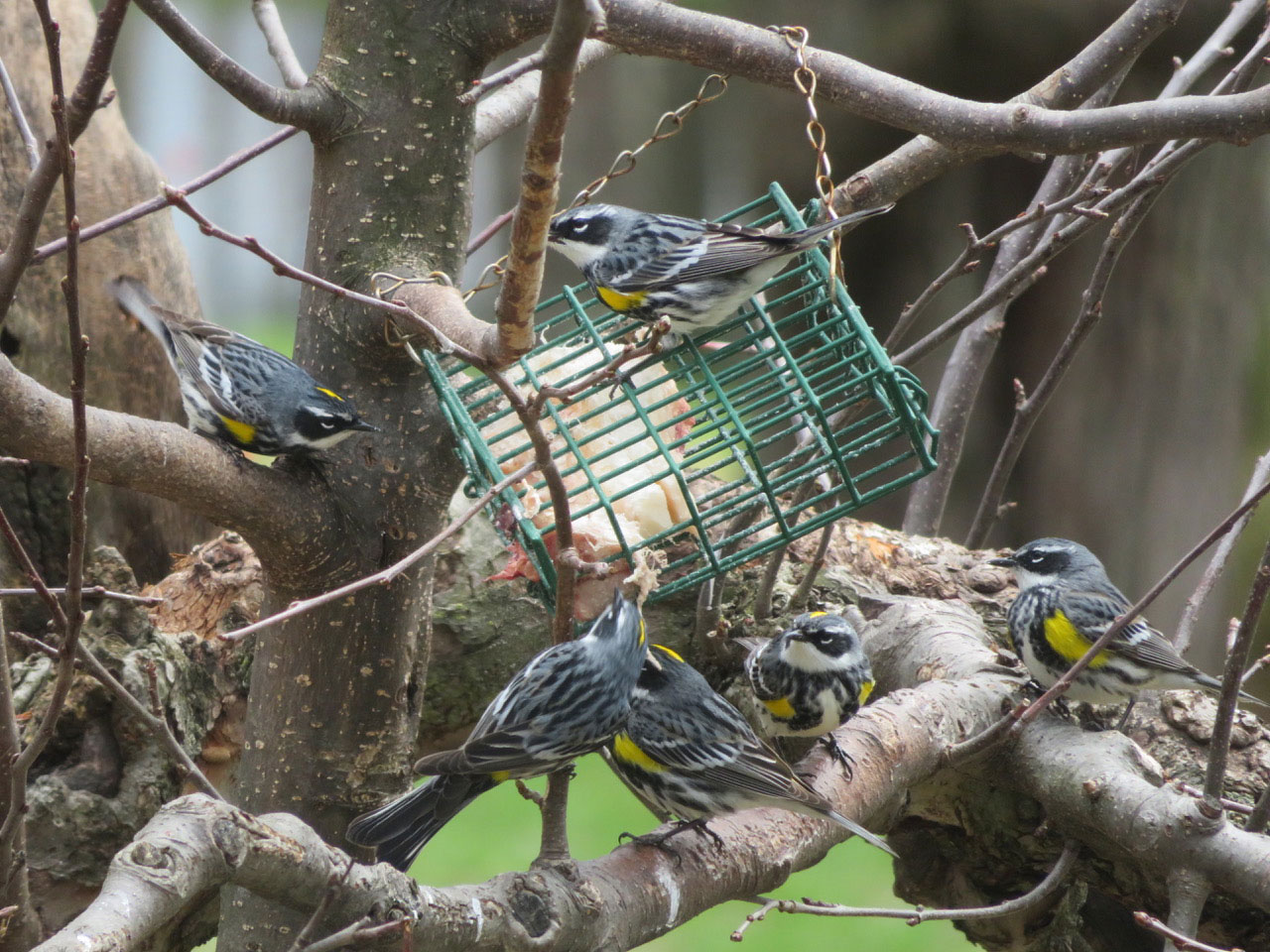 Yellow-rumped Warblers at a suet feeder, by Janet Galle

After that came even more warblers. Right in our own backyard we had tiny blue and yellow Northern Parulas, zebra-striped Black-and-white Warblers, and lemon-colored Yellow Warblers. 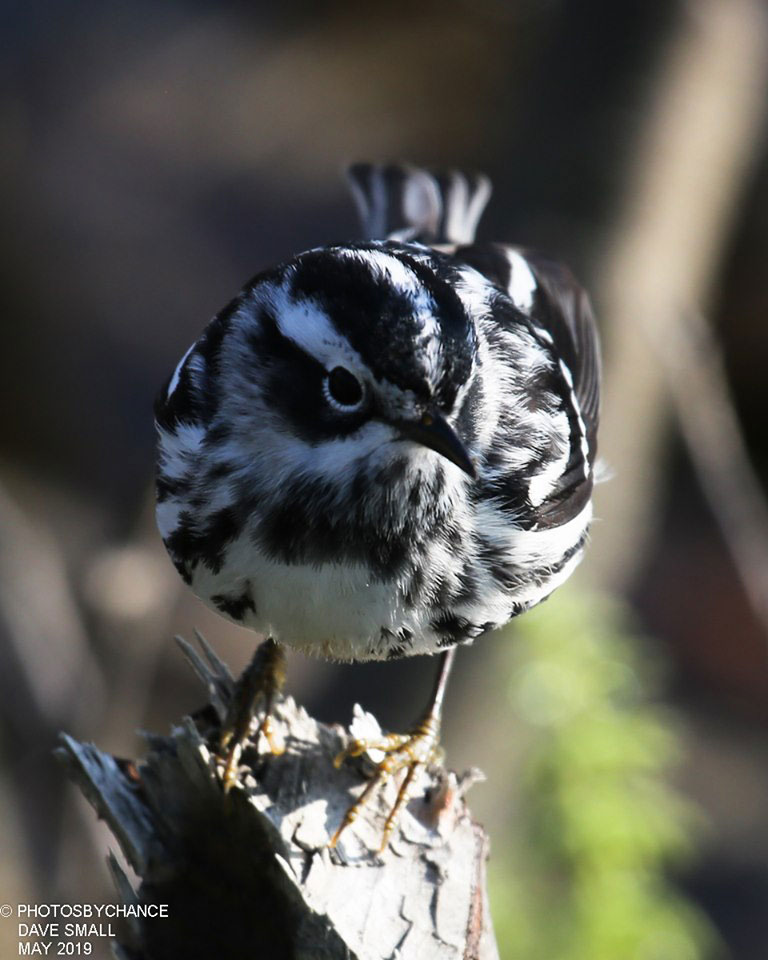 With each passing day we and dozens of other birders across the state began reporting trees  dripping with bountiful warbler riches. Black-throated Greens, their yellow cheeks blazing, sang their cheerful, buzzy “zee-zee-zee-zoo-zee” from the newly leafed-out maples. Black “robber masks” contrasting against their yellow under parts, just-arrived Common Yellowthroats skulked in the brush. Sporty little American Redstarts flashed the bright orange patches in their jet black tails and wings. 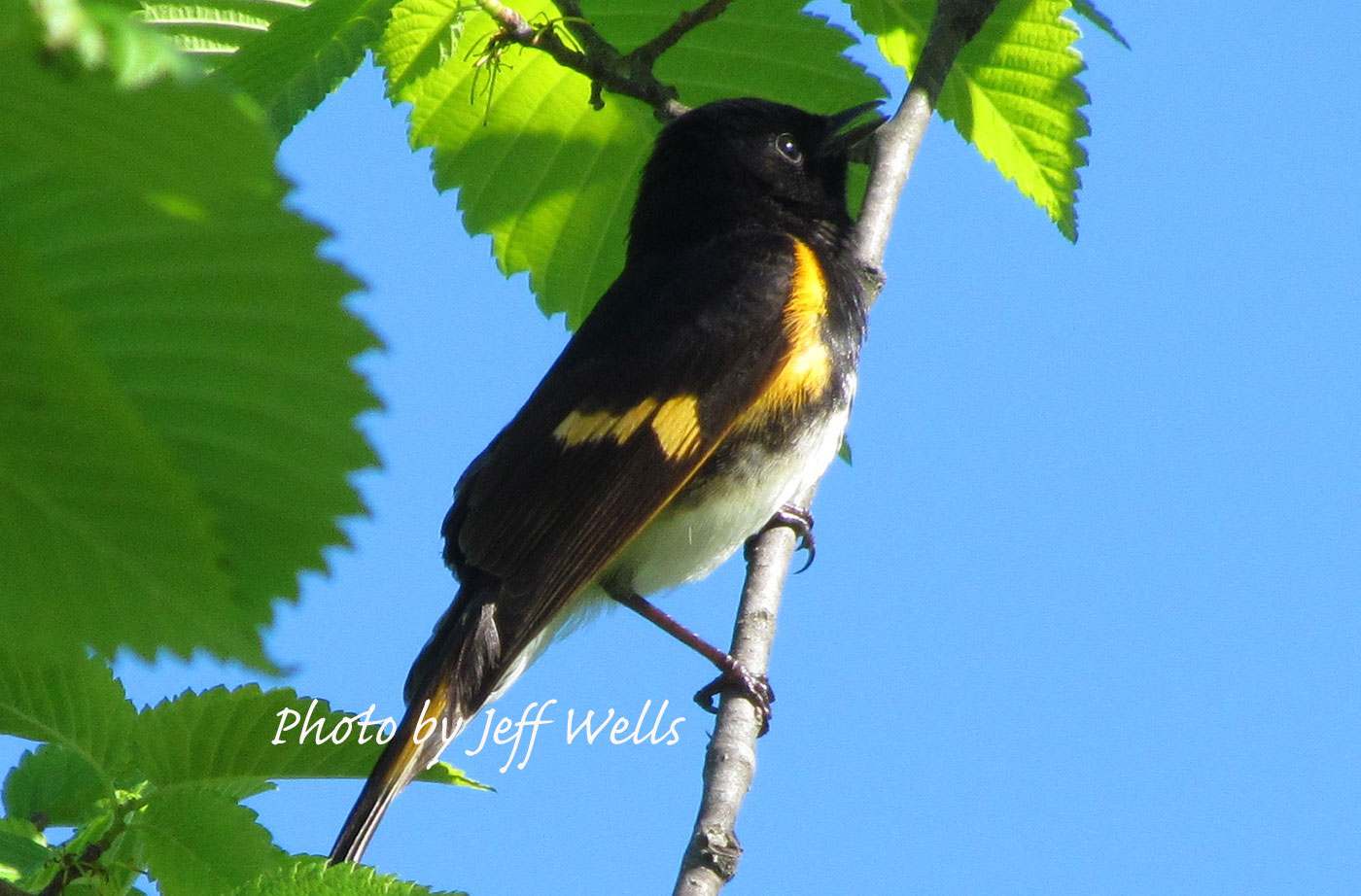 Birders found incredible concentrations at specific spots, reporting 50 or more individuals of some warbler species in a single morning! The numbers and diversity was the result of the up-and-down weather of late (the short duration warm-and-calm days followed by periods of cold and rain).

Migrant birds arrived here in Maine only to find themselves waiting for the next good opportunity for continuing their travels. Birds would build up in certain spots that had more insects, pollen, and maybe a little nectar. Such spots are often near water and in locations with a rich array of flowering and newly leafing-out trees.

The Boothbay Region Land Trust’s Lobster Cove Meadow is one spot. A birding friend reported 46 species of birds including 13 different kinds of warblers on a field trip there on May 11.

Down over the hill from our own backyard in Gardiner, along Cobbosseecontee Stream, a newly official nature trail called the Harrison Avenue Trail (yes, it’s right off Harrison Avenue, if you are trying to find it) became one of the best go-to birding hotspots last week. First discovered during bird walks promoted by Upstream (a group of local citizens working with experts on fish passage along Cobbossecontee Stream), this became the go-to warbler haven for a week or more. Birders reveled in watching an astounding abundance of migrant warblers at close range, including many that can be hard to find in migration, such as the flame orange-throated Blackburnian Warblers, red-cheeked male Cape May Warblers, and brick-red sided Bay-breasted Warblers. Vibrantly contrasting yellow-black-and-gray Magnolias, black-capped Blackpolls, bright yellow-breasted and bluish-backed Canada Warblers—all these and more were like a feast to the eyes, and at eye level and even lower. No warbler neck! 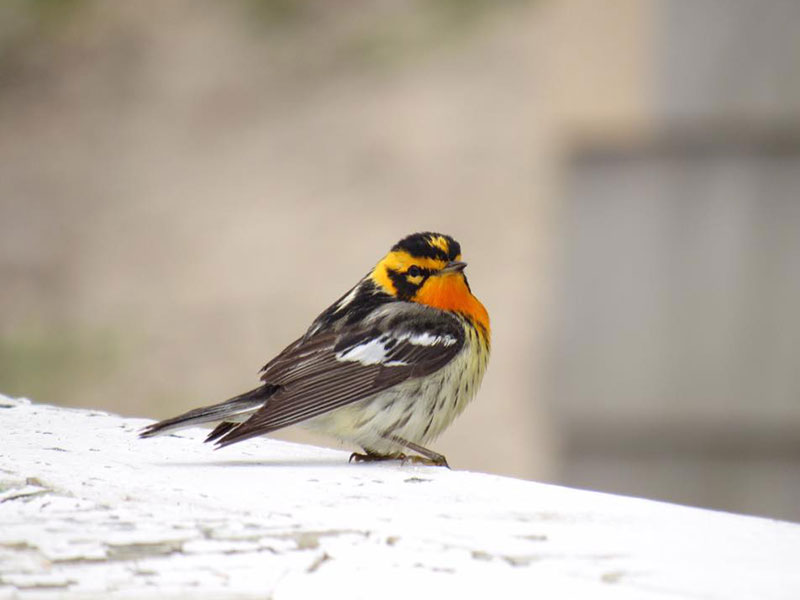 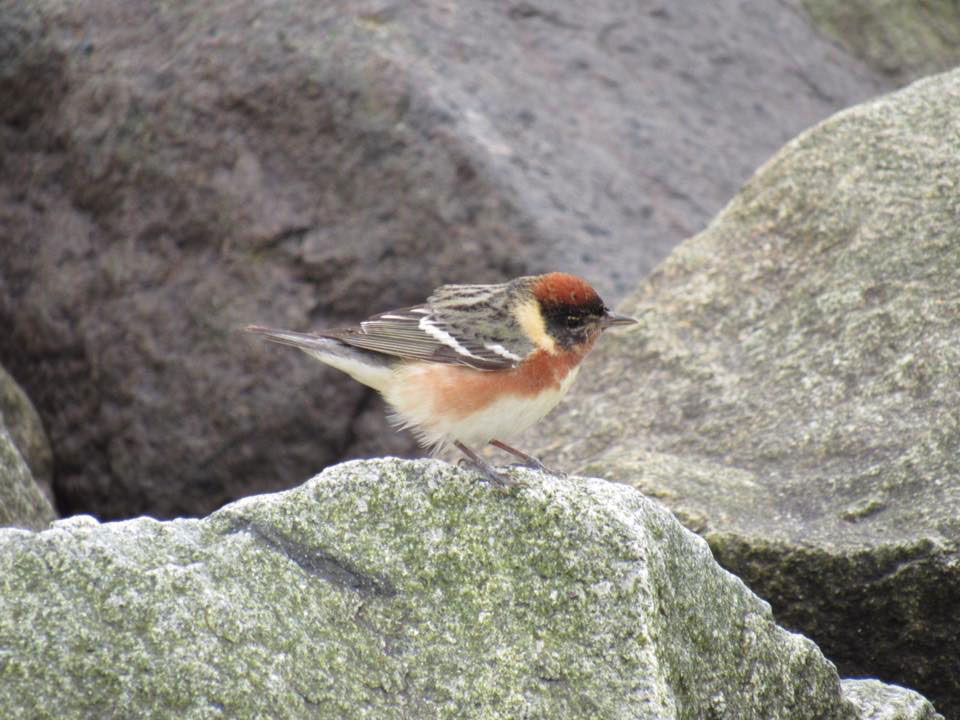 At every opportunity (a run to the grocery store, or picking up our son at tennis practice, for instance), we’d swing by. Given this exceptional opportunity, it would have been a shame not to! We couldn’t get enough, and even now, remembering, we want more. 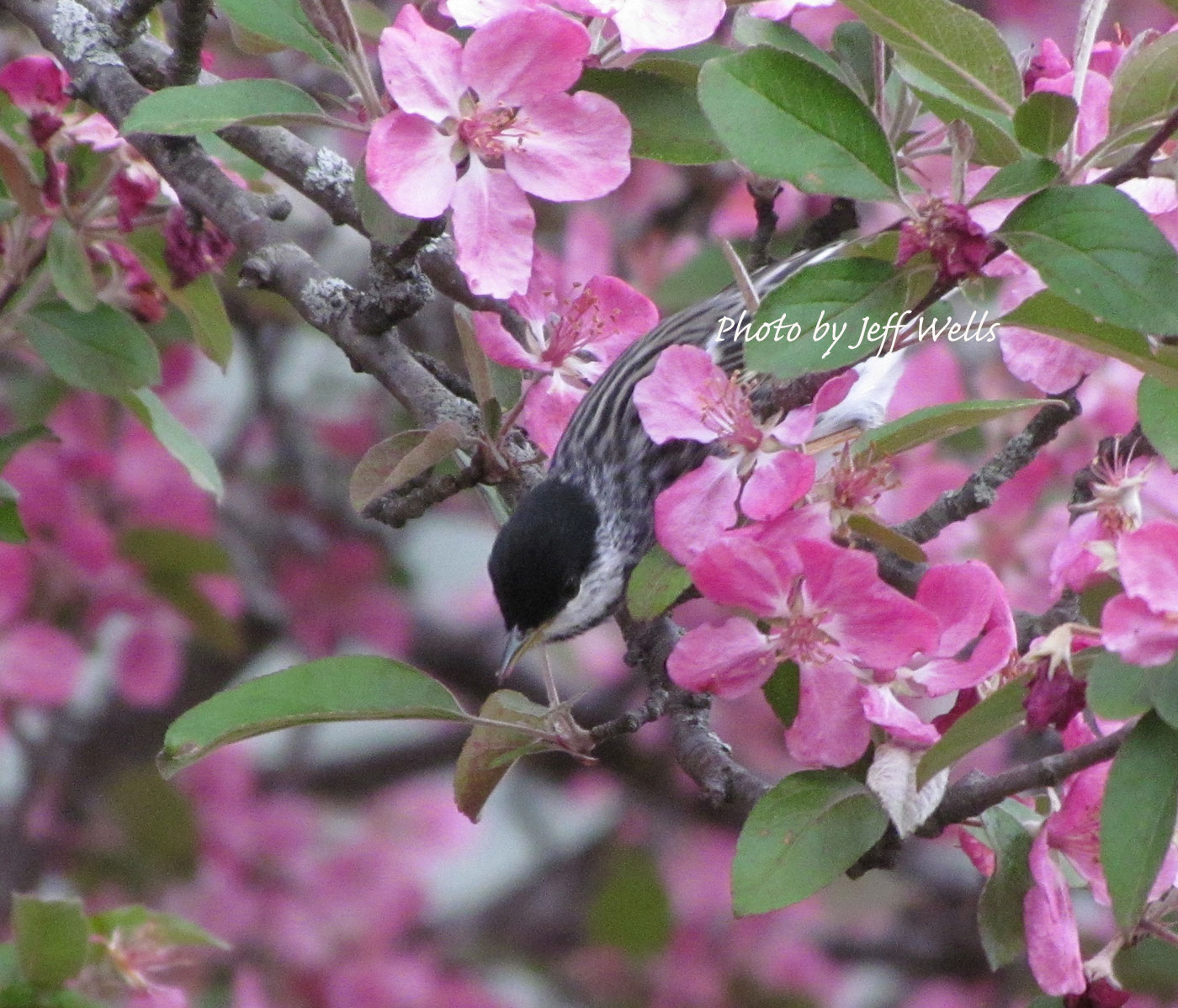 Soon, most of these species will be gone from here as they continue on to their breeding grounds, perhaps here in Maine, perhaps up into the vast Boreal Forest of Canada. 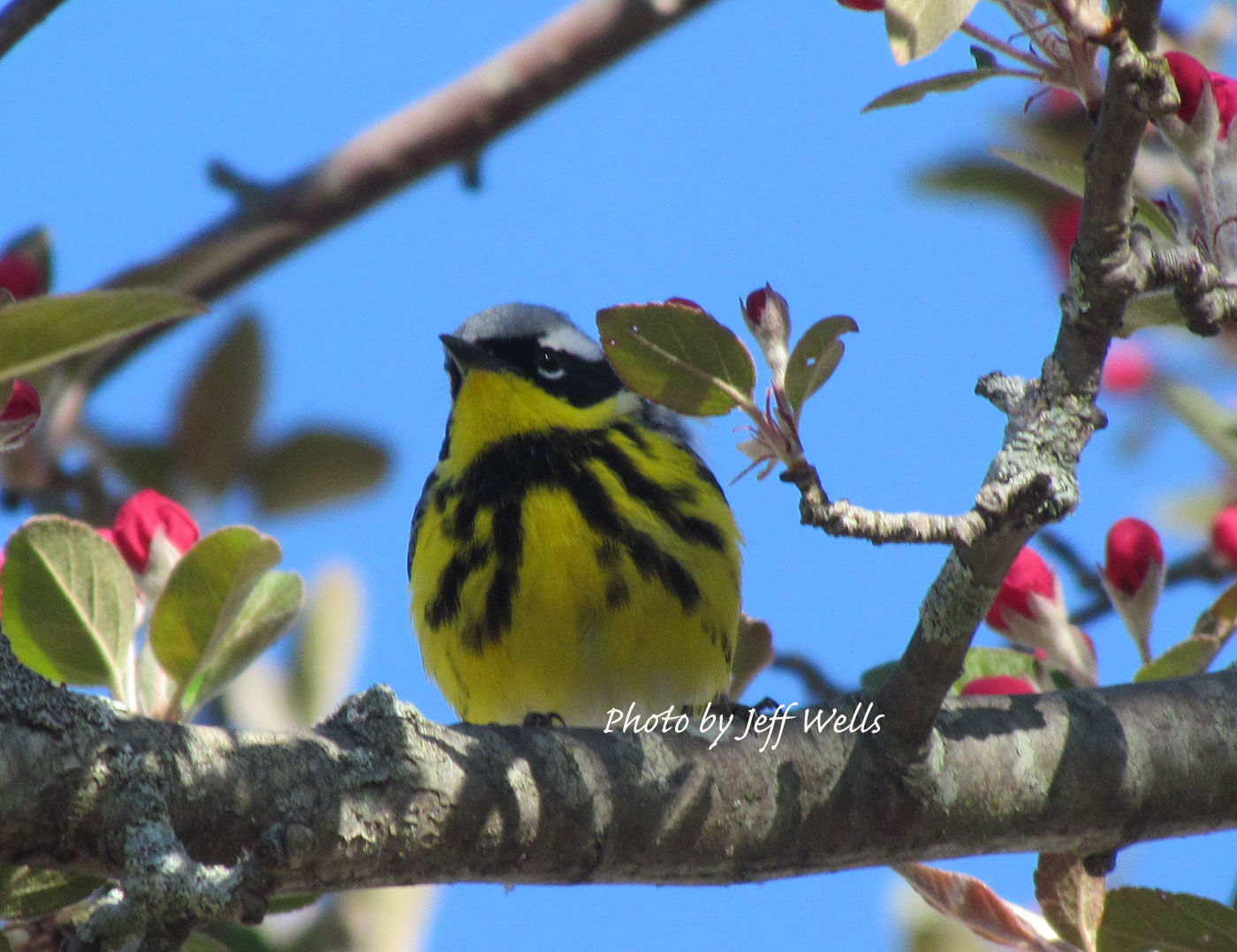 Such is the dilemma of birding in spring. Migration is a burst of life that engulfs us only once each year. We will continue to rejoice in it, in every bird—letting each overflow our senses just as spring bursts upon the senses of all living things. 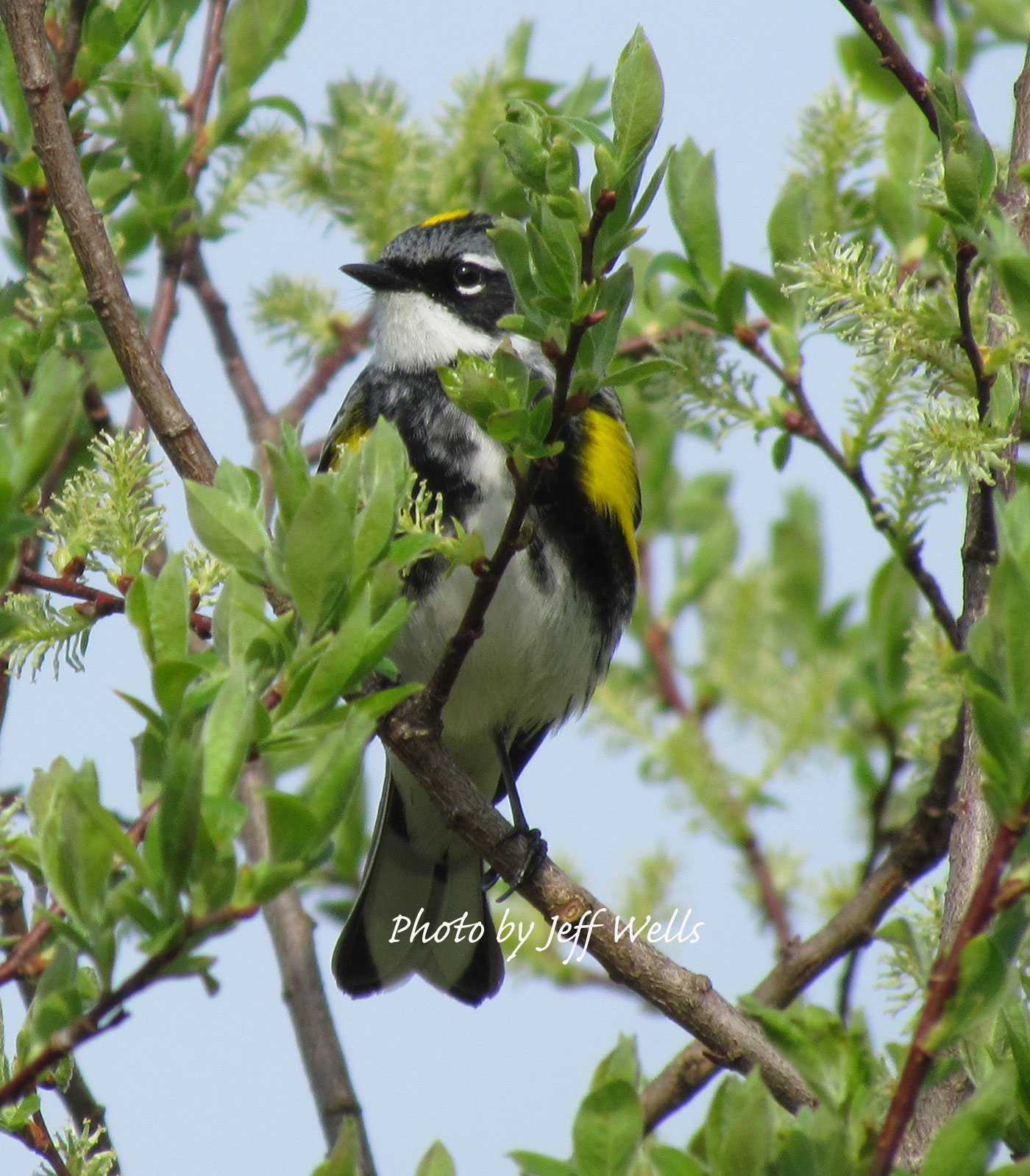