Two in five Baltimore Orioles have been lost since 1970. (Photo by Pam Wells)

Those of you who have asked us why the number of birds you now see in your yards, feeders, or favorite birding spots, appear to be far fewer than you remembered decades ago may now have your answer.

A study published in the rigorously academic journal Science found that there are nearly three billion fewer birds in the U.S. and Canada today than there were in the 1970s. Birds tracked via night migration radar, the research also showed, have declined by 14% in the last decade alone—largely across the Northeast, which includes here in Maine.

For those of us who love birds, that’s heartbreaking news.

It’s also a clear signal to people everywhere that this amazing, complex system that makes air for us to breathe, water for us to drink, and food for us to eat—the natural world—is undergoing some pretty serious changes, and not for the better. Birds are more sensitive to environmental changes than we are. That’s why coal miners, in the days before human-engineered monitoring devices, used to bring caged birds down into the mines with them. Those birds would be the first to succumb to dangerous gases leaking into the mine chamber. If the birds stopped chirping or became lethargic, the miners knew that they were next unless they got out of there fast.

Such a steep decline—three billion birds—is just as critical to respond to today, in the face of new technology and all sorts of other advances. 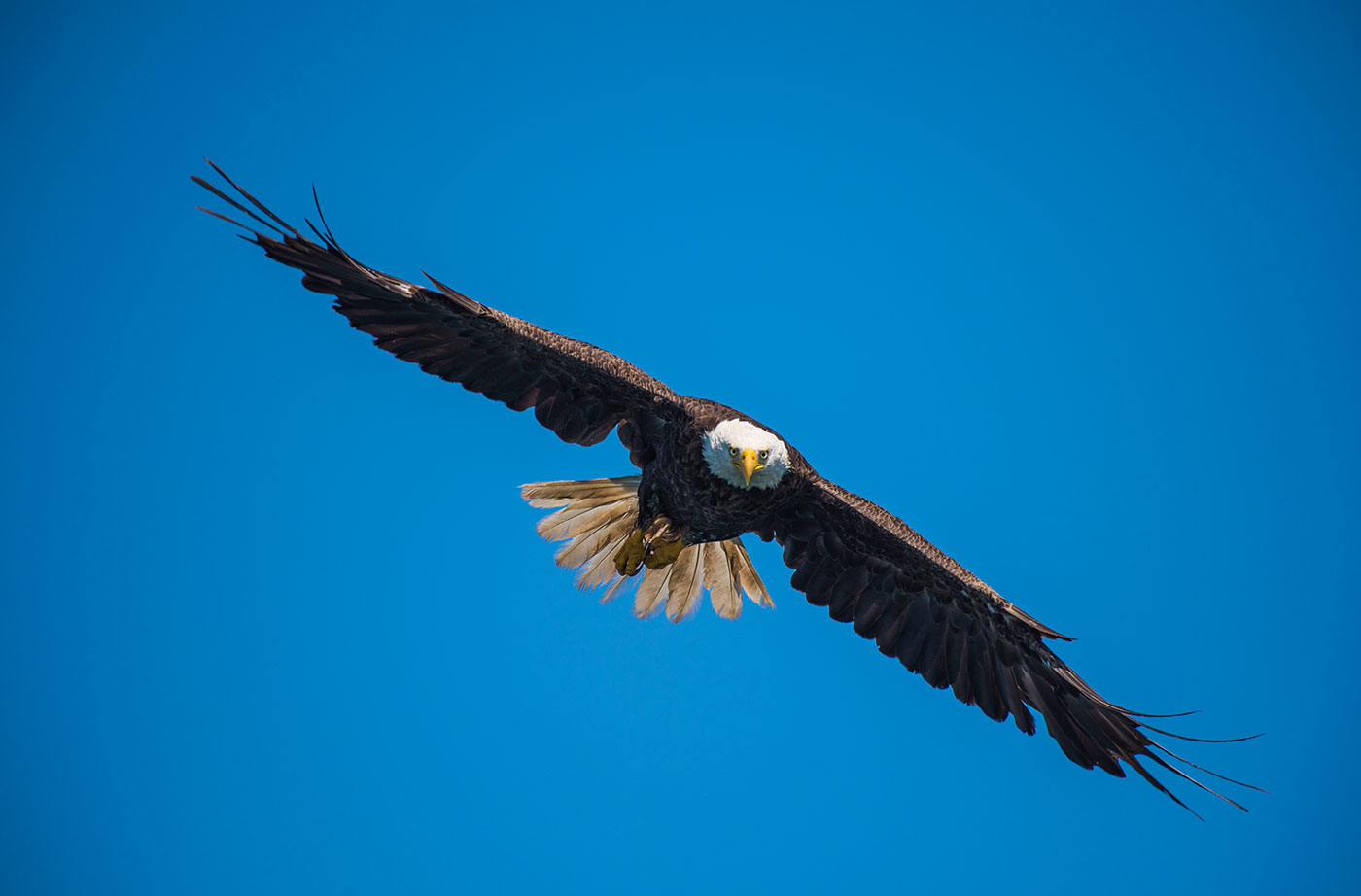 Bald Eagle in flight over Bar Harbor, by Larry Mingledorff

Though the news is sickening, hope is not lost. We humans have addressed terribly difficult challenges to bird populations and our natural world in the past—and succeeded. Rachel Carson, inspired from her time right here in Maine, sounded alarm bells about the loss of many bird populations as a result of unregulated pesticide use, in her book Silent Spring, published in 1962. At that time, we were rapidly losing all sorts of birds. Here in Maine, Peregrine Falcon, Osprey, and Bald Eagle populations were among many birds that were decimated, primarily as a result of DDT. Collectively, through government actions, we addressed the problems and now all three species continue to nest here and their populations are doing well in the state.

Turn the page even further back in Maine history and you’ll find that we had lost many of our seabirds and saw major declines in a broad array of species due to unregulated hunting. As we have written about previously, concerned people saw the need to fix the problem, and the end result was the signing of the Migratory Bird Treaty. 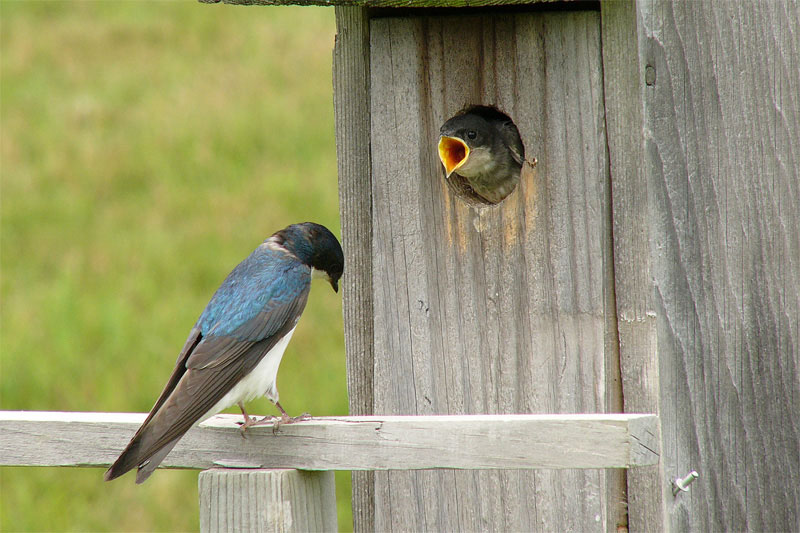 Migratory bird species have suffered a 28% decline since 1970. (Tree Swallows, by Tony Nazar)

That treaty and its accompanying legislation is now more than one hundred years old, but is remains credited with the comeback of Maine birds such as Common Eiders, Wood Ducks, terns, and even gulls!

So, rather than fall into despair at the recent news of the massive bird declines, we must get to work as people before us have done. Below, we assembled some easy actions you can take to protect birds and their habitats.

Like you, there are many like-minded people today working to do the things necessary to stabilize and restore bird populations. The birds have let us know there is a problem. Now let’s all get to work and together make things better while we still can.

1. Vote for the birds. Find out which candidates understand the importance of legislation that protects birds and their habitats—which we all need for healthy lives. Don’t just vote for them, work for their campaigns to ensure they succeed. And remember, birds do not belong to any political party!

2. Become a member of local, state, and national environmental organizations such as the Natural Resource Council of Maine and the National Audubon Society. Your membership dollars provide resources necessary for staff to do the heavy lifting necessary for science-based research, education, and advocacy to ensure success on individual legislation.

3. Plant for the birds. Make your yard more like natural habitat. Shrink the size of your lawn, plant native plants, and remember, long after native flowers have died, their seeds often provide food for birds, so don’t cut them down. Check out Deb Perkin’s blog, First Light Wildlife Habitats, for more info on native plantings.

4. Keep your cat inside. We love cats (we have two!), but they’re not part of the natural landscape—and they kill more than two and a half billion birds annually in the U.S. and Canada alone. After habitat loss, it’s the top human-caused reason for bird declines. Keeping cats inside is safer for birds and cats.

5. Reduce your use of plastics. This unnatural substance is wreaking havoc on our planet, especially the ocean and the birds and wildlife that rely upon it. Fortunately, Maine has banned single-use plastic shopping bags and foam food containers. Much more needs to be done. Start by saying “no thanks” to straws and avoiding products with excess, unrecyclable packaging.

Thank you for caring, and for taking action!