We were captivated one recent evening by the songs of American Robins. As we listened to their carols echoing around our neighborhood during a lull in the rain showers, we started thinking about how adaptable robins are. We’d seen small flocks here and there over the winter, and just last week saw them in Florida where large numbers of them spent the winter. Robins are found in suburbs and parks throughout most of the U.S. and southern Canada, in openings in the Boreal Forest of Canada, and even in the open tundra even farther north. Open a field guide to a map of their breeding distribution of American Robin and you’ll see that they nest over virtually the entirety of Canada and the U.S., and south even into the highlands of southern Mexico.

That makes them an amazingly adaptable bird, at least based on total range size.

But is the American Robin the most adaptable bird in North America—or even Maine—based on size of the breeding range?

We decided to dive into data compiled by the Partners In Flight coalition and maintained by a nonprofit called the Bird Conservancy of the Rockies (formerly Rocky Mountain Bird Observatory). The database includes an estimate of the total area of the breeding range of all the birds of North America.

We did a quick sort and arranged the species from largest breeding distribution to smallest, fully expecting to find American Robin near the top.

Nope. It wasn’t there. 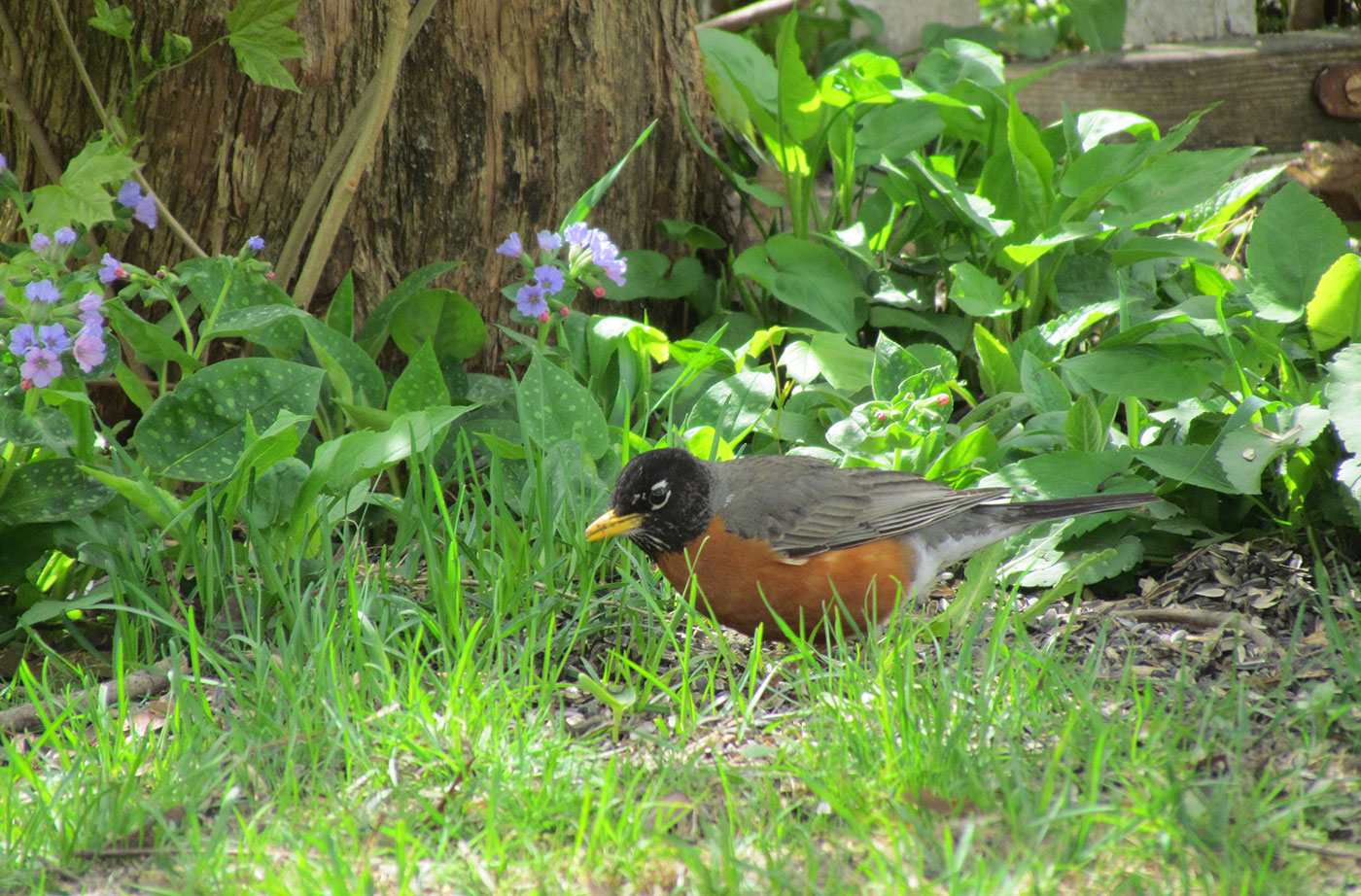 Inspired by the early evening caroling of robins in their neighborhood, the authors decided to look into whether the American Robin is the most adaptable bird. (Photo courtesy of Jeff Wells)

We were shocked to discover that American Robin was in 57th place!

Now, 57 is still high up on the list when you consider that there were more than 700 species considered.

But still, why wasn’t this highly adaptable bird higher?

We found two categories of species that are more globally widespread than American Robin. One group is made up of species that have truly global distributions. Some are because of human-made introductions and subsequent expansion of the species. That includes the number one species on the list: Rock Pigeon (the familiar “town pigeon”). It also includes introduced bird species like the now ubiquitous House Sparrow and European Starling. 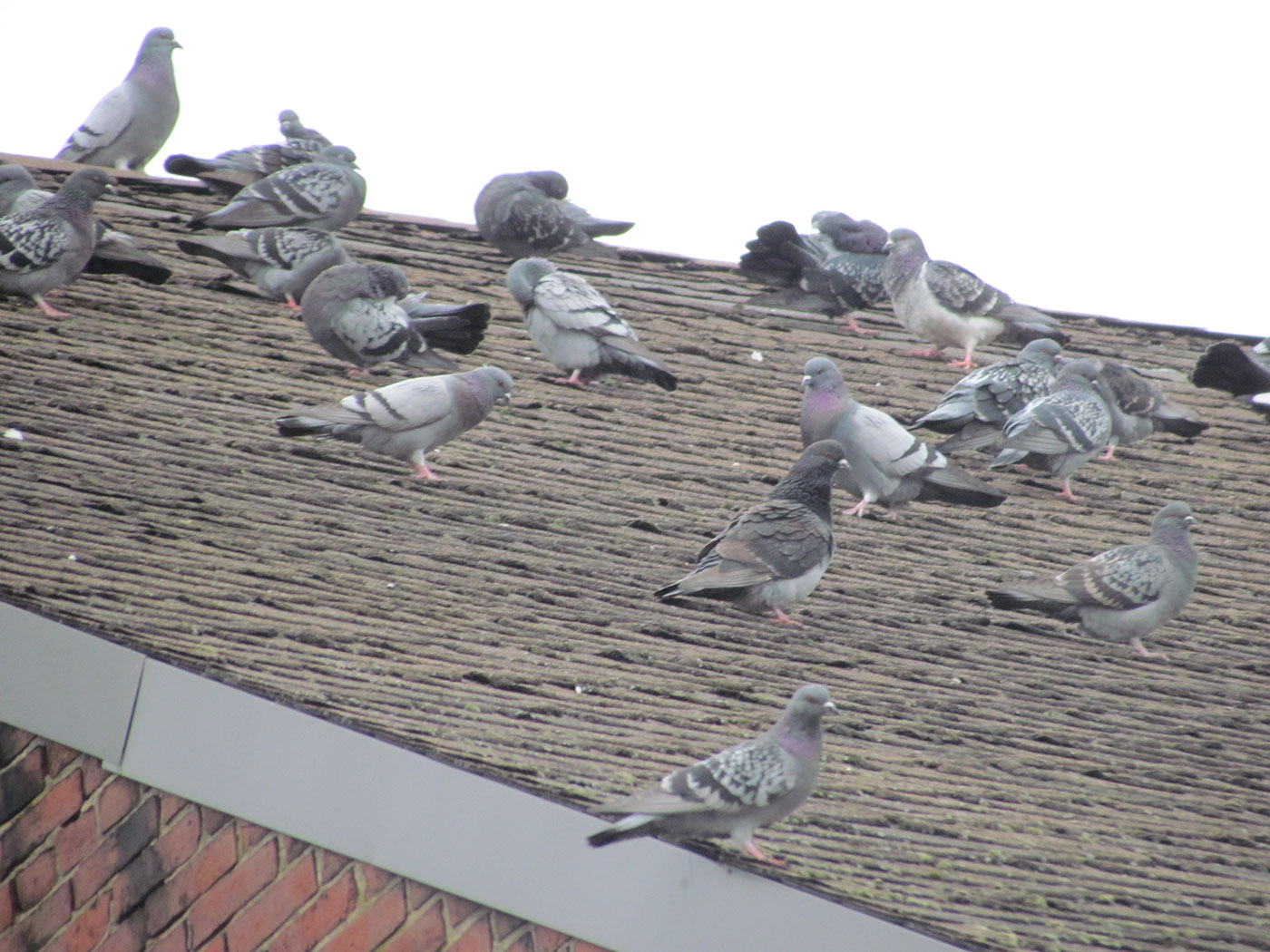 Where did the common Rock Pigeon fit in the big picture of bird distribution, the authors wondered. (Photo courtesy of Jeff Wells)

Other species on this list have a naturally occurring global distribution, like Short-eared Owl, Barn Swallow, Cattle Egret, Mallard, Bank Swallow, and Northern Shoveler. Some of these may eventually be split into New World and Old World species, in which case the global range size of each of the sibling species would obviously be much reduced. But for now at least, they are considered all of the same VERY widespread species. 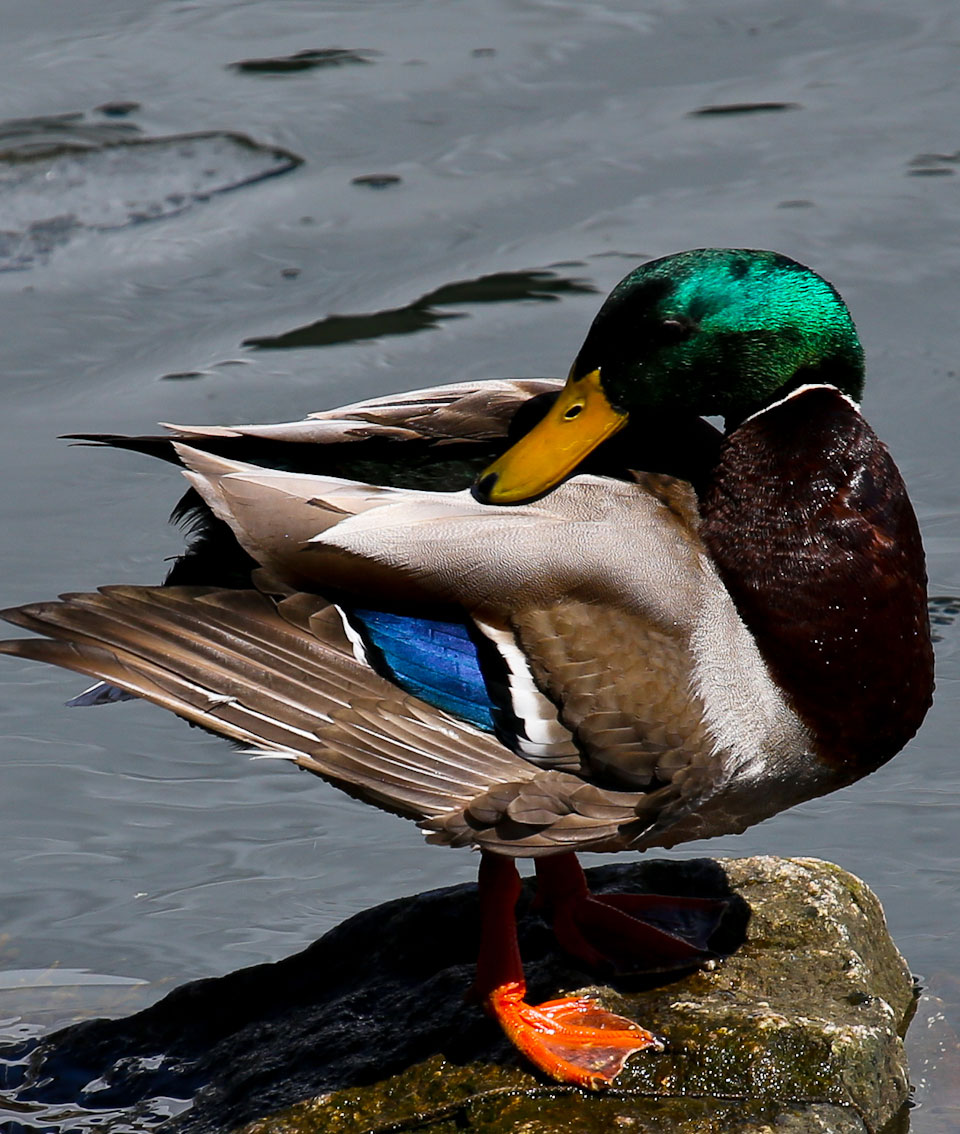 Experienced birders might expect the familiar Mallard to be the most adaptable bird. But is it? (Photo by David Small)

Our results showed that American Robin is…#12! 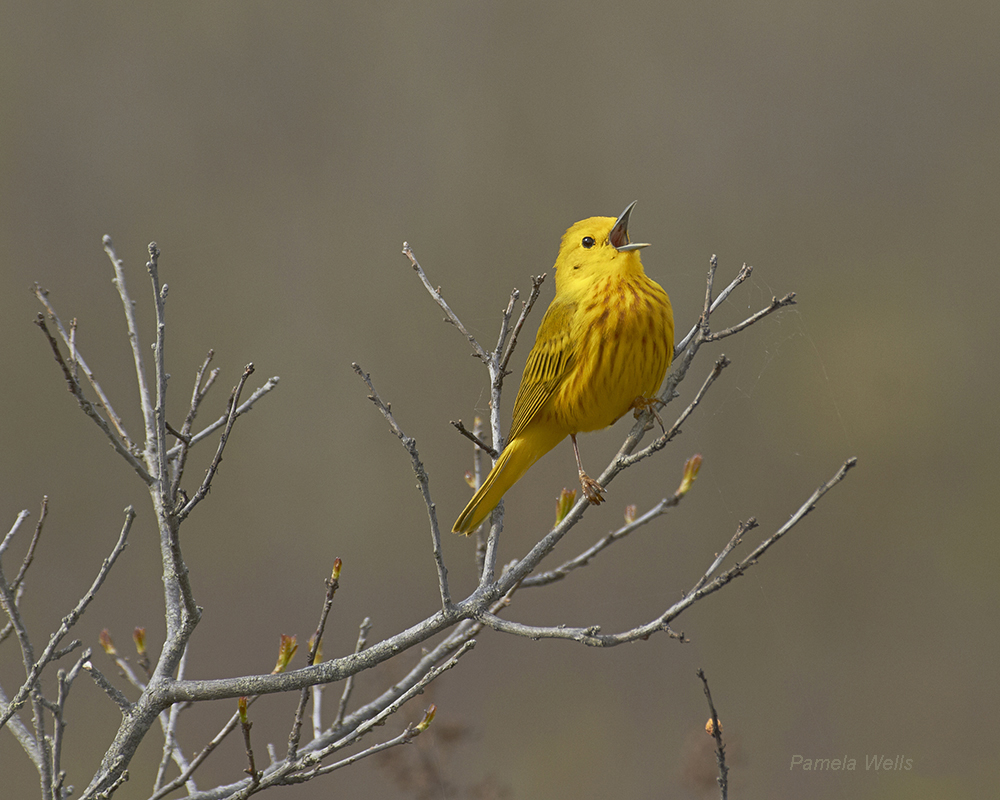 We followed our whims and looked into other species we would have considered among the most widespread. Yellow Warbler registers at 72, Red-winged Blackbird at 80, and Chipping Sparrow at 85. 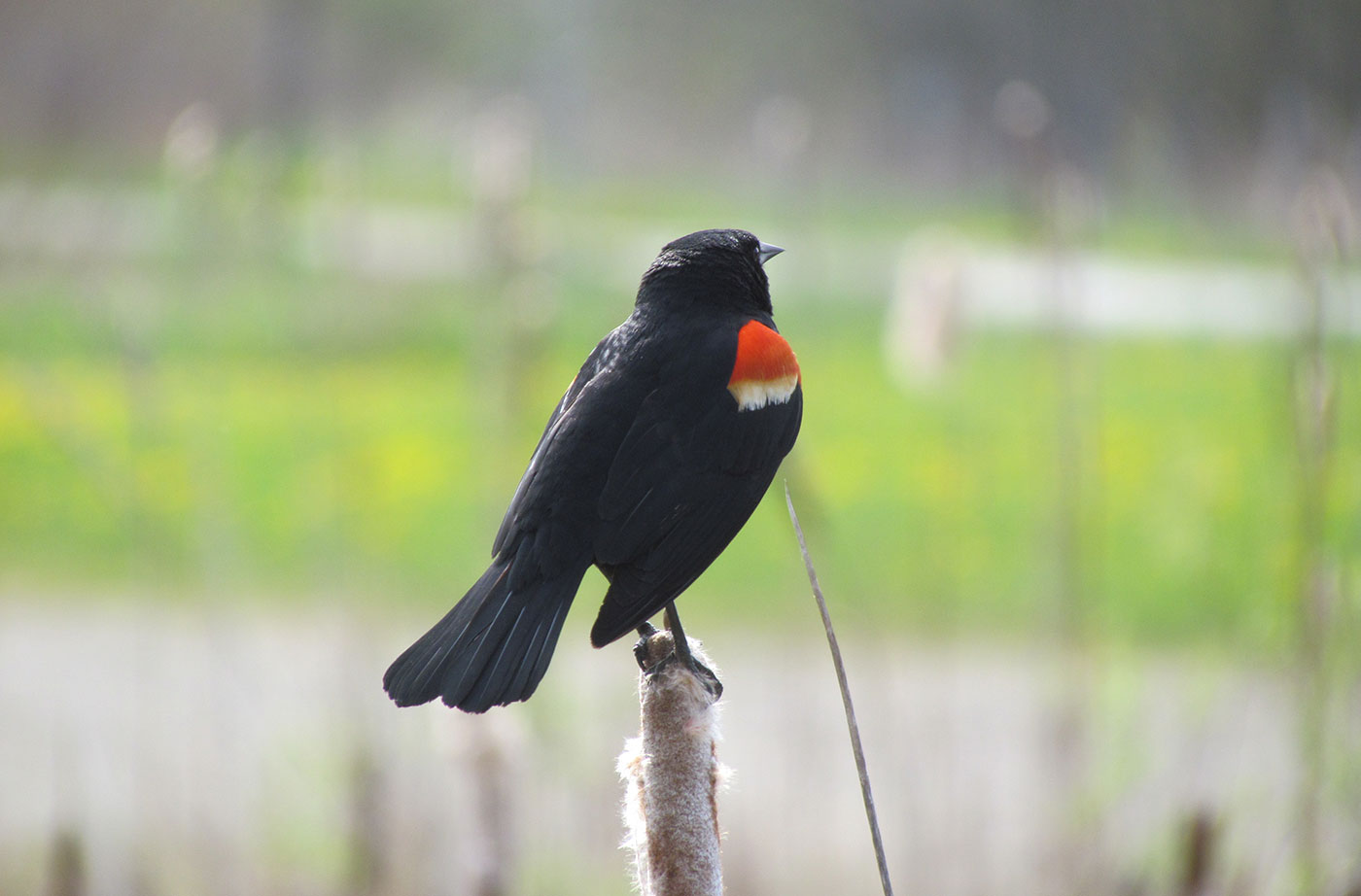 The Red-winged Blackbird is among the most widespread species in the western hemisphere. (Photo courtesy of Jeff Wells)

But we digress. Back to our robins.

Wait for it…American robin is #1!

By the time we finished looking through the data, the robins in our neighborhood had stopped singing. Hopefully it wasn’t because they were disappointed to have lost the “most adaptable bird in the world” crown to the pigeon.