Cool autumn air descended upon us here in Maine from Canada this past week. It brought with it those beautiful, sunny blue-sky days and nighttime temps that drop maybe a little lower than what we’d like for this time of year. So far, we’ve remembered each night to move our porch-dwelling geranium into the garage for a sleepover. The gardeners among us have brought out the tarps to cover the gardens in the hope of preventing a frost kill and coaxing a few more weeks’ growth from various late-fall vegetables and flowers.

With this cool air has also come increased numbers of southward migrating bird species that we might have expected later in October. Colleagues at the Natural Resources Council of Maine, working from home, are noting the uptick of birds that they hadn’t seen during the summer. Among those making their presence known in greater numbers now are Dark-eyed Juncos, White-throated Sparrows, Palm Warblers, and Swainson’s Thrushes. Ducks won’t be far behind. We’ve also already seen waterfowl, like scoters and scaup, in a few spots, in numbers that will probably start building early with this weather. 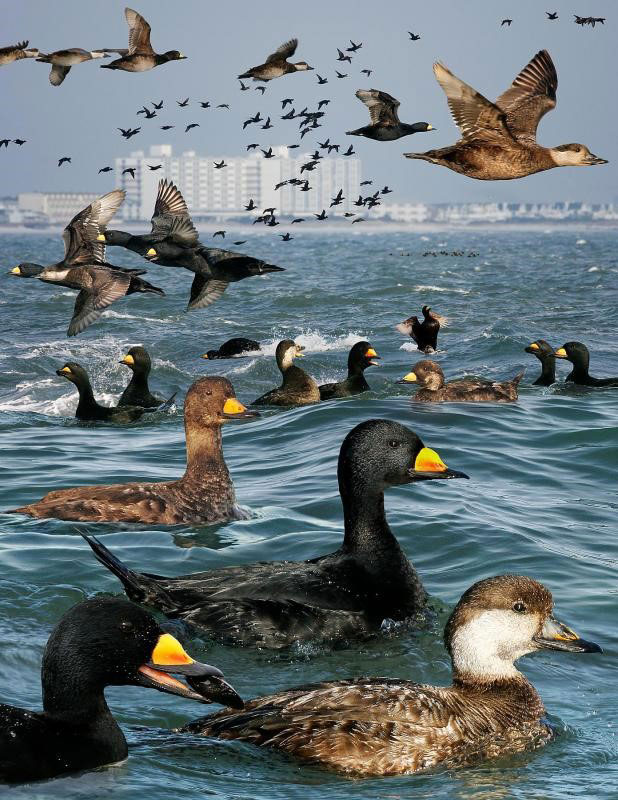 Black Scoters winter along our coast but breed in the Boreal Forest of Canada. Places like the Seal River Watershed are especially important for the species, as shown in a recent Ducks Unlimited Canada report. Courtesy of Richard Crossley from the “Crossley ID Guide to Eastern Birds.”

A great majority of these birds began their southward migration from breeding grounds in the Boreal Forest region of Canada, where an estimated one to three billion—yes, billion—birds nest and raise their young.

A recently released report by Ducks Unlimited (DU) Canada, Oceans North Canada, and the Manitoba Government described the results of surveys in the Seal River Watershed of northern Manitoba, where many of these birds could be originating. The Seal River Watershed is a 12-million-acre landscape of forests, wetlands, lakes, streams, and rivers that flows eastward more than 200 miles from near the Saskatchewan border to the ocean of Hudson Bay. The Seal River has no dams on its entire length, allowing both fish and the seals that follow them to travel far inland, hence the river’s name. The new DU Canada report details the number and variety of ducks and geese counted from low-flying airplane-based surveys from 2013-2015 in the easternmost part of the watershed. 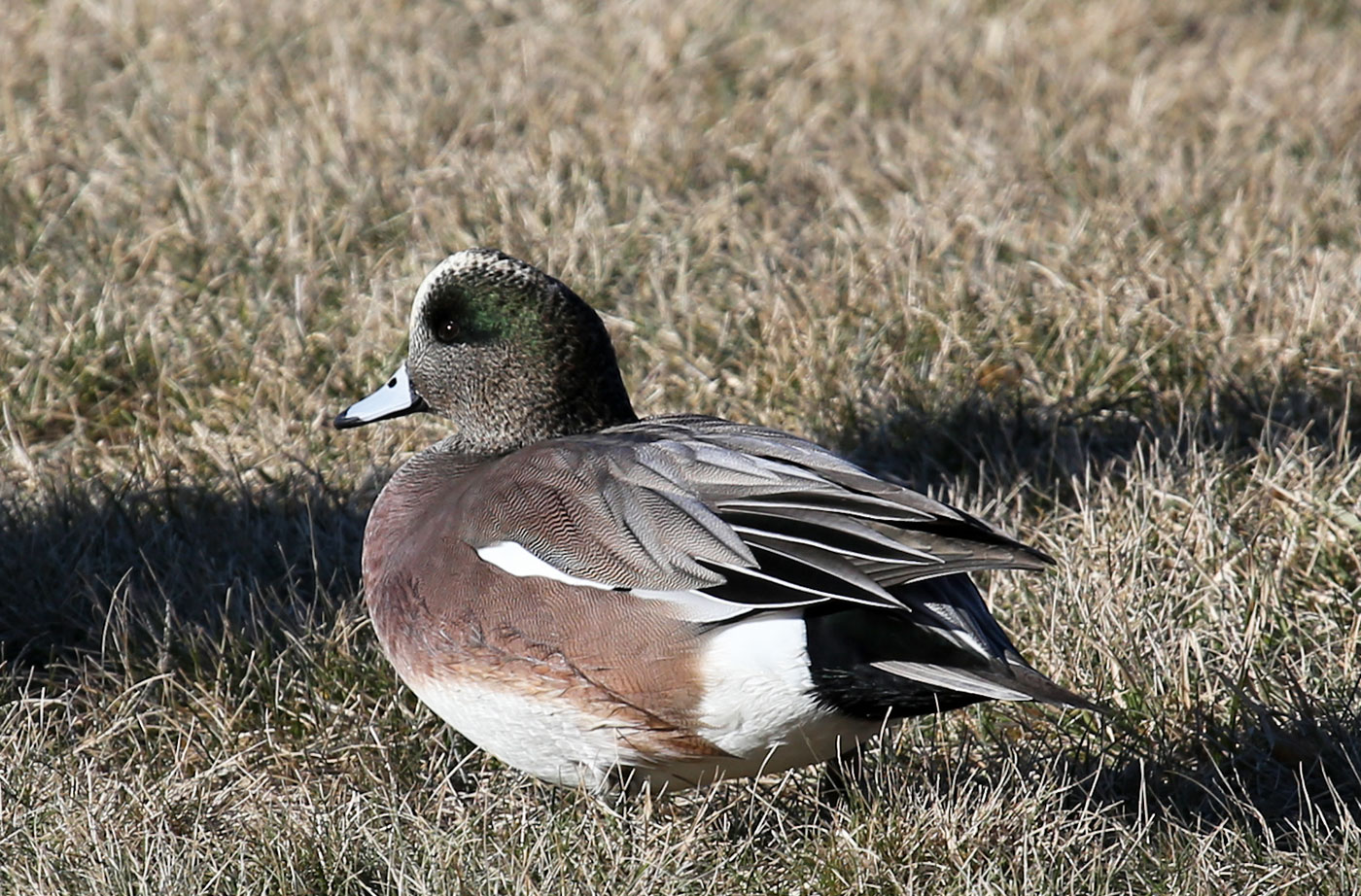 Thousands of dabbling ducks, such as the American Wigeon, were counted in a new survey published by Ducks Unlimited Canada. Photo by David Small

The numbers are impressive and include many seaducks that Mainers enjoy as part of our coastal wintering bird communities. Black Scoters—the males, jet black with bright orange bill knobs—were one of the most abundant of the breeding and migrating ducks documented in the report, with thousands estimated to occur in the area. Numbers of other seaducks and diving ducks were also impressive including Long-tailed Ducks, scaup (the aerial surveys could not differentiate between the two very similar-looking species) and, in migration, Common Goldeneye. Dabbling ducks such as Green-winged Teal, American Wigeon, Northern Pintail, and Mallards also were found in the thousands. The observers in the planes carrying out the surveys also noted loons and Sandhill Cranes. Interestingly, they documented both Common and Pacific Loons. 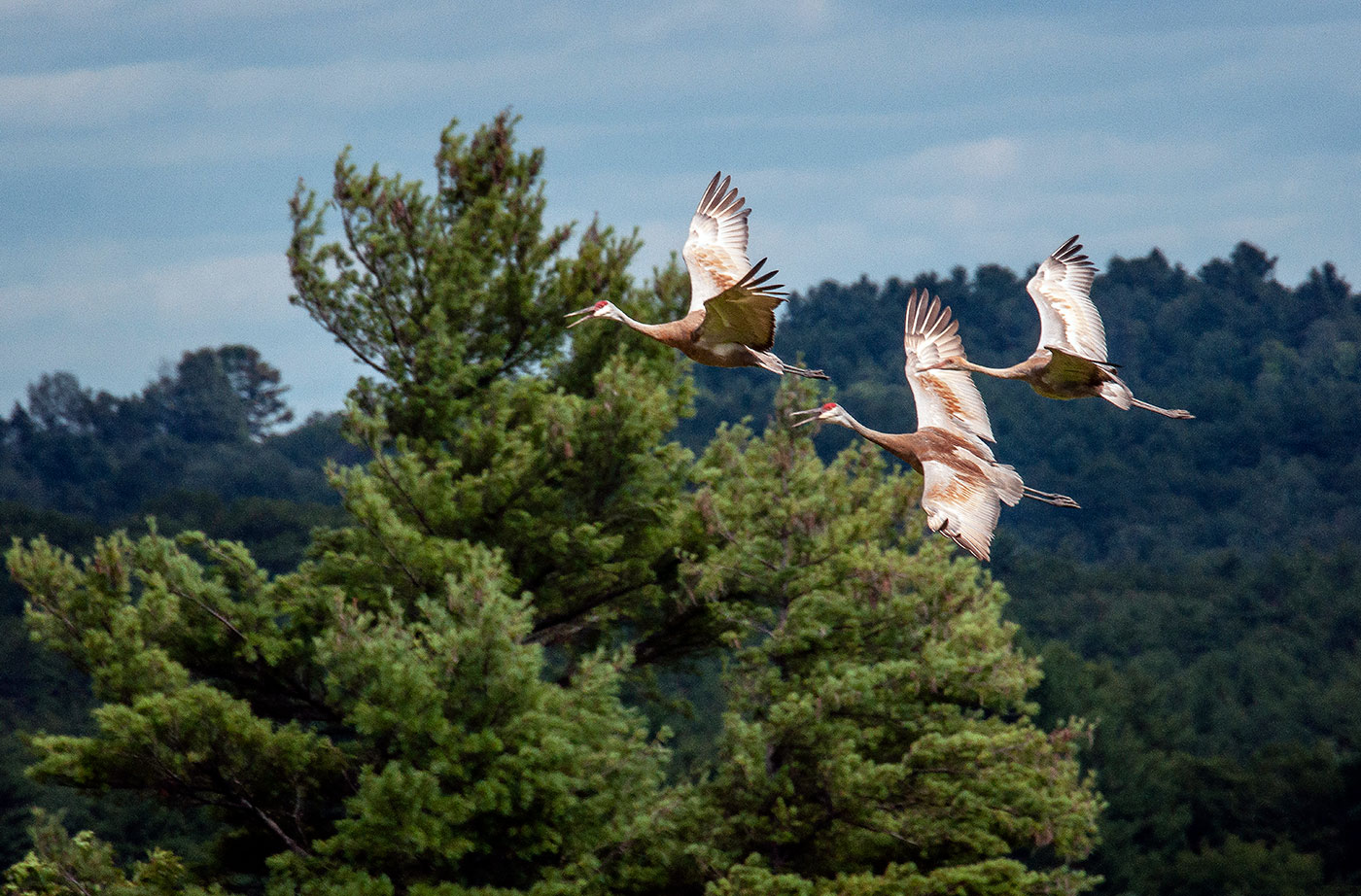 This report shows that the Seal River Watershed is a critically important breeding and migratory stop-over for huge numbers of waterfowl. It also illustrates the interconnectedness of places, and how birds know no state or national boundaries. They need habitat to breed and raise their young. Fortunately, lots of that still exists in the pristine region of the Seal River Watershed, a place of great benefit to “Maine” birds.

Meanwhile, the increase in bird activity we’re seeing now in our state during migration makes the point about how important Maine’s lands and waters are to these same birds who breed thousands of miles away. This is why programs like our Land for Maine’s Future (LMF) are essential. And why our Public Reserved Lands and Ecological Preserves are such gems. NRCM has made obtaining funding for LMF and protection of conservation areas a high priority. They nurture people and nature. Although birds and other wildlife should be able to take these habitats for granted, humans must not. We must do all we can to protect special places like these and, whenever possible, add to them.

Fortunately, a coalition of five Indigenous governments called the Seal River Watershed Alliance is working to establish a new protected area that would encompass this massive landscape—an area half the size of the state of Maine! Their efforts, if successful, will mean that millions of birds will have a vast landscape to nest and raise their young forever. Those same birds will migrate south from the Seal River Watershed to bring joy to birders across southern Canada and the U.S., including us right here in Maine. 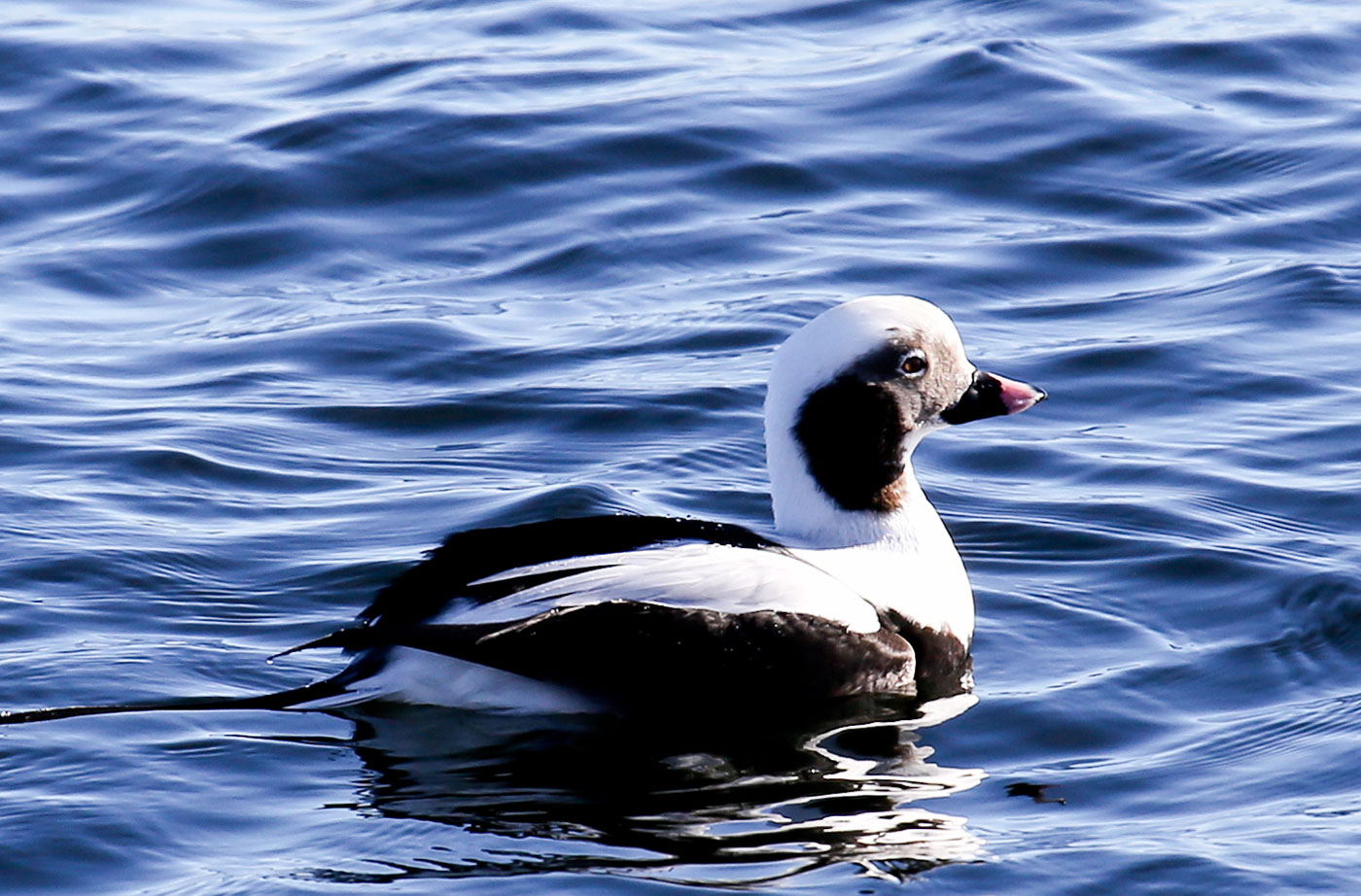 The report notes impressive numbers of Long-tailed Ducks and other waterfowl. Photo by David Small

Hopefully, the new report released by Ducks Unlimited Canada and partners will give the Manitoba government and the Canadian federal government even more resolve to follow the lead of the Indigenous governments of the Seal River Watershed Alliance as they work for protection of this amazing Boreal landscape—a place thousands of miles from Maine that provides tremendous benefits to the nature of Maine.