Millions of Americans – ourselves included – enjoy feeding and watching birds up close. In celebration of these fascinating creatures and the activity that provides us with an opportunity to get to know, February is National Wild Bird Feeding Month. We thought we’d celebrate it with members and supporters of the Natural Resources Council of Maine who, like us, enjoy wild birds.

First, we recognize that when the congressman from Illinois entered in a declaration into the Congressional record in 1994 to first establish National Wild Bird Feeding Month, it was probably more or less to appease the bird feeding industry at the time. Of course it continues to be promoted by them. But the 50 million people who regularly put out bird feeders in the U.S. are very likely delighted as well!

When people first began feeding birds, they did so with the common-sense idea that they would be helping wild birds. In the early years, people probably noticed birds picking up grain spilled around farms, saw birds picking seeds from manure, and couldn’t help but notice other birds that would scavenge at dead animals and offal. It wouldn’t have been too hard to imagine that someone, perhaps with a soft heart for wild birds or just an interest in getting a close look at them, might start intentionally putting grains and food scraps out somewhere nearer the house where the birds could be seen from the kitchen window. 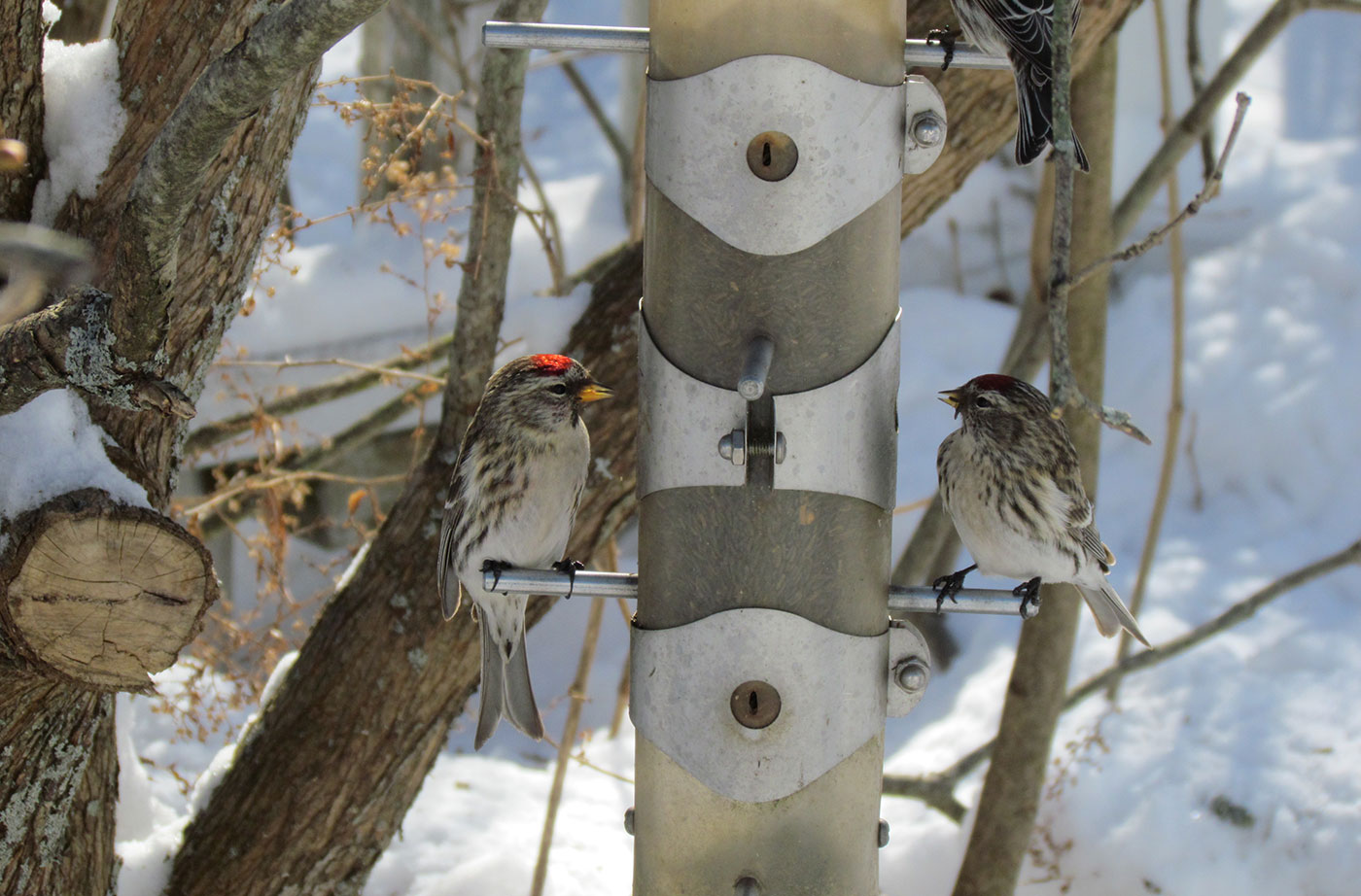 We don’t know the full history of bird feeding in the U.S. but we do know that people were regularly feeding birds by the late 1800s, as evidenced by books written around that time that mention the idea of feeding birds. In her book “Birdcraft” published in 1896, Mabel Osgood Wright, an early ornithological and bird conservation pioneer, wrote about the special bird food that she made and left out for wild birds. In the 1897 book, “Bird Neighbors,” author Neltje Blanchan suggested hanging a raw bone out for the birds.

Today, birds have a smorgasbord of food provided to them. In fact it can be confusing to know which birds prefer which seed. We provide tips in our column, A Bird’s Tale, in the Boothbay Register.

But the offer of bones and other agricultural bounty coincided with the birth of the Audubon bird conservation movement that culminated in the signing of the famed Migratory Bird treaty, whose 100-year anniversary we have been recently celebrating. Much work was going on around the turn of that century to educate people about birds and their needs, and to encourage people to attract birds and watch them. There were millions of new-found recruits to the bird conservation movement at the time and they wanted to be able to help the birds that they were hearing about that were in conservation need.

But even back then, people were aware that one of the biggest reasons to attract birds was just to be able to enjoy them and to feel connected to nature. We love this quote from Frank Chapman’s 1918 book “Our Winter Birds” that, to us, encapsulates the duel purposes of feeding birds: “Our pleasure in attracting the birds to our homes in winter is measured not only by our success in giving them shelter and food during the bleak and barren season, but also by the extent to which we gain their confidence and win their companionship.”

Bird feeding eventually came to support businesses that grew and distributed seed, suet, and feeders along with various accessories. In the 1980s, bird feeding appears to have really taken off in popularity, and today, there are tens of millions of people who feed birds in the U.S. supporting an industry that generates billions of dollars in sales. 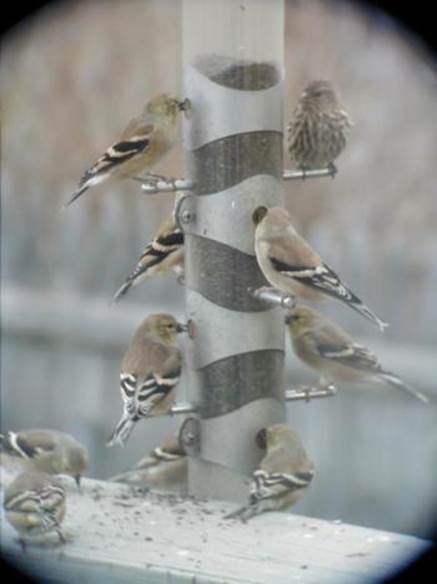 But at its core, the activity of feeding the birds is still what it was back in 1896: a very local and personal action that is undertaken in our own backyards. It may be undertaken primarily just to see, enjoy, and interact with the birds and other creatures of the natural world that we can sometimes feel disconnected from, especially if most of our time is spent working and living in urban settings. It may be because we hope to help some birds survive the cold and snow of winter. We may not even know exactly why we do it.

But there is no doubt that millions of people make and maintain connections to the natural world through feeding birds—connections that embody values that can lead them to learn more about and become active in efforts to care for the environment that we share with those birds and all other living things. The Natural Resources Council of Maine provides many opportunities; every time you send an email or write a letter to the editor of your local paper, or otherwise urge our elected officials to take action on a specific issue—climate change, NECEC, and clean water, for example—you are speaking up for wild birds. And as NRCM celebrates its 60th anniversary year this year, it’s important to remember that bird feeding, like bird watching, is a great family activity, one that can be passed down along the generations.

Enjoy National Wild Bird Feeding Month and the birds that helped inspire it!

Read more from Allison and Jeff in their “Year of the Bird” blog.