Birds, Trees, and the Air We Breathe

Trees and people share the same breath. As Earth Day approached in April, we found ourselves having that discussion. Fascinating, when you think about it. Willows, pines, oaks, spruce—they also share their breath with birds. And with every oxygen-breathing creature on Planet Earth. Every minute of every day, we breathe deep into our lungs the oxygen that trees have released into the air. We, in turn, share carbon dioxide that trees and other plants take in. Consider this: they incorporate our expelled breath into their very tissues. 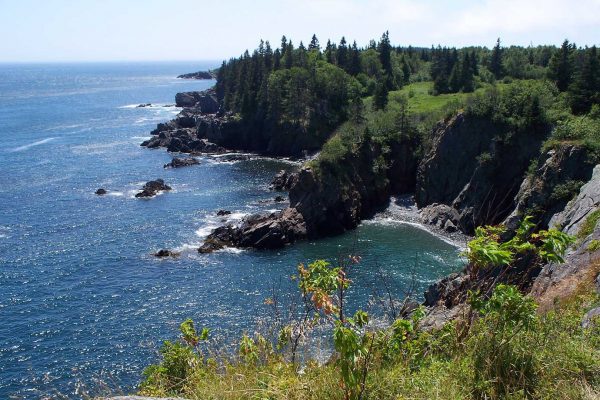 How much more connected could we be?

Yet, for the last few years, we hear the buzz of chainsaws coming from neighborhood streets as more and more homeowners, it seems, are convinced that cutting down their trees is in their best interest. Maybe they’ve been convinced by insurance companies that the tree poses a risk to their home. Some have been told by tree removal companies that a particular tree is “rotten” (what does that mean, anyway?). Some are forced to remove limbs overhanging power lines (a reminder of our outdated electrical grid system!) and wind up convinced it’s easier to just take down the entire tree. Heck, one neighbor cut down two perfectly healthy trees apparently just to use it as fill to expand their back lawn! 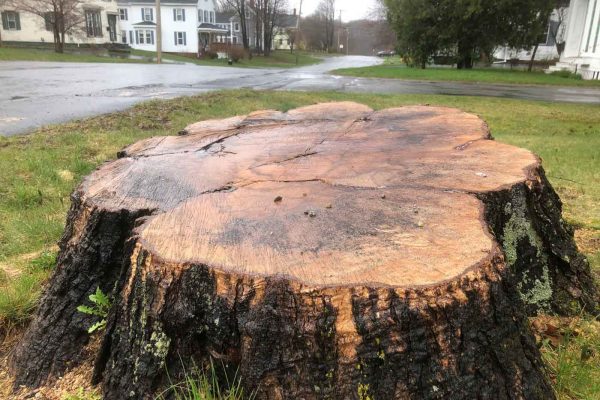 Cutting down trees in neighborhoods means less shade, hotter roads and sidewalks, increased carbon into the atmosphere, and fewer places for birds to find food and shelter, nest, and raise young. (Photo by Jeff Wells)

This is painful. It means less shade—and hotter roads and sidewalks—as we take our dog on his walks around our wonderful neighborhood. It’s also difficult to see the stumps of big, beautiful trees, some hundreds of years old, that were downed because they were inconvenient, for whatever reason. When we see those stumps, we can almost visualize the carbon that had been stored there now hovering about in the atmosphere, contributing to climate change, no matter how small it may seem.

Then there are the birds. They need trees for food, shelter, nesting, raising young, and more. Other wildlife needs them, too.

If we think losing trees along neighborhood streets is tough, imagine the decimation of entire forests. That’s why Maine’s Public Reserved Lands and programs like Land for Maine’s Future, supported by the Natural Resources Council of Maine and other groups, are so important.

Take the white pines at the Boothbay Region Land Trust’s Pine Tree Preserve or Oak Point Farm, for example. The Pine Warblers that trill exuberantly from these sentries are completely dependent on those pine trees for food, shelter, and nest sites. You will be hard-pressed to ever hear a Pine Warbler singing from anything but a pine tree. We, too, are dependent on that pine tree, including for the oxygen it produces. Fortunately, we also get to breathe in the wonderful piney smells that are such a part of the Maine aura. 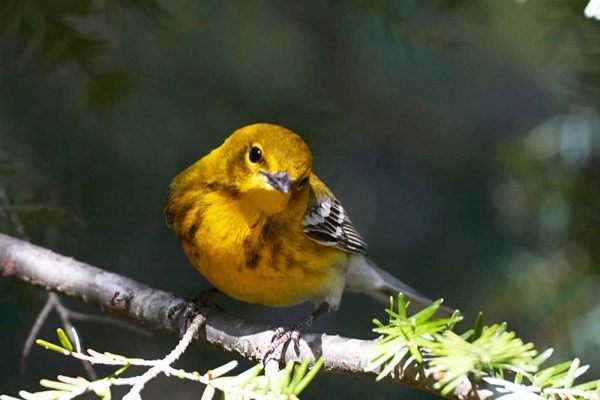 Newly arriving Yellow-rumped Warblers (one of the other earliest warbler migrants here in Maine) are dependent on trees of different kinds at different times of the year. Right now, they are seeking out willows and maples, which have early flowers that attract the insects that the yellow-rumps need for survival. Later-arriving Yellow-rumped Warblers (often the females migrate later) will search for newly leafing out oaks and ashes. Still later, when establishing breeding territories, yellow-rumps will be found almost exclusively in spruce and balsam fir trees, including in places like the Bold Coast Public Reserved Land.

It will be only a week or two before birds like the Ovenbird will arrive here in Maine, announcing its presence with a loud “TEACH-er TEACH-er TEACH-er” song. Where will that song be emanating from? You guessed it—a forest. In this case, it will very likely be a forest of maples and oaks on the more mature side. The Ovenbird (which is a kind of warbler) will sing from the lower to mid-level of the forest but spends much of its time walking around the forest floor among the dead leaves, stepping deliberately with its rather oversized feet as it searches for insects. It builds a nest on the ground with a cover like a little Dutch oven—hence its name! 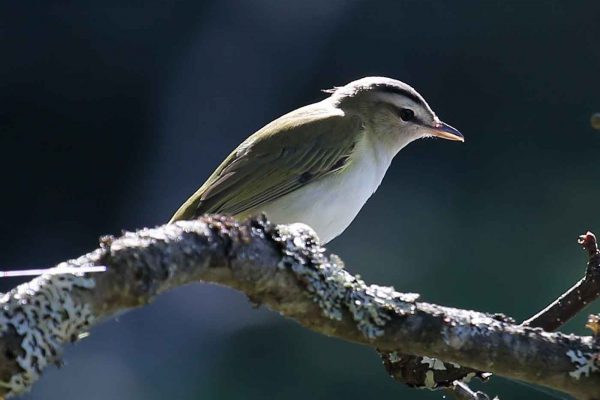 The trees that sustain these and so many other birds and wildlife are sharing their breath with them. With us, too. And us with them. It’s a great reminder that we are all on this planet together, all part of the same cycle of give, take, share. Breathe in. Breathe out. We are the land, the trees, the birds. What better reason to take care of the environment we are part of?