As we’ve been talking to friends and meeting fellow birders along the trails, two words seem to be making it into our conversations: avian flu. 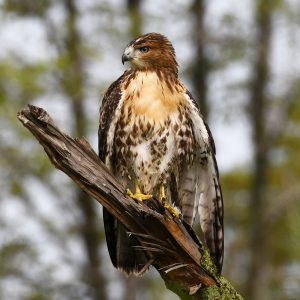 Birds like the Red-tailed Hawk can become infected with HPAI by feeding on birds already infected with the disease. (photo by USFWS)

While we humans have been dealing with the tragic implications of COVID-19, birds have been dealing with their own deadly virus. It’s called Highly Pathogenic Avian Influenza (HPAI). For more than a century, various forms of avian influenza have been found in birds. Commercial poultry are particularly vulnerable, given that birds in these operations are typically (sadly) housed in close proximity to each other such that the virus spreads rapidly. And the HPAI strain of avian flu is not only highly contagious, it’s also highly lethal. To prevent its spread, all birds in an infected poultry operation must be euthanized and destroyed. Tens of millions of chickens have died or been euthanized already this year across the U.S. and parts of southern Canada.

But HPAI isn’t just a threat to commercial poultry. Unfortunately, the virus also has been found in wild migratory waterfowl populations including those of geese, swans, and ducks, which have seen major die-offs in some areas. It’s also been documented in Bald Eagles, Red-tailed Hawks, Snowy Owls, Great Horned Owls, Turkey Vultures, American Crows, Common Ravens, Great Black-backed Gulls, and Herring Gulls, which may feed on carcasses of birds that have died from the virus.

Many bird rehabilitation facilities in parts of the country where there are major outbreaks of the virus have been forced to stop taking in birds for rescue because of the risk of infecting the birds currently in their care. Facilities that provide long-term care for injured eagles, hawks, and owls have been especially concerned because those birds have shown particular susceptibility to the virus. 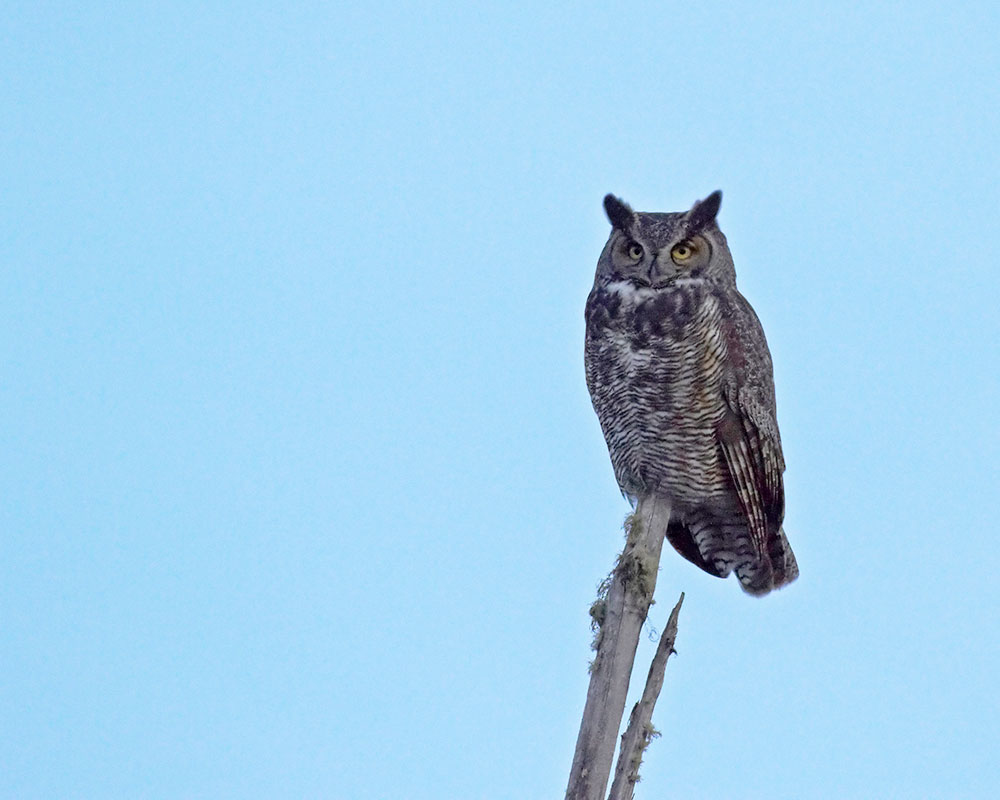 Great Horned Owls are among the wild bird species that seem to be susceptible to the HPAI strain of avian flu. (photo by Pam Wells)

Fortunately, the HPAI virus does not appear to be of major risk to songbirds or to humans.

Here in Maine, the virus has been detected in poultry flocks and, as of this writing, in nine individual wild birds. Six American Black Ducks in Washington County were found to have the virus in February. A dead Canada Goose found in York County in March and a dead Bald Eagle there in April both tested positive for the virus; another dead Bald Eagle from Lincoln County in early April was infected.

As most waterfowl move north and spread out across the breeding grounds—and are not in as close proximity to each other—the hope is that the virus will have less opportunity to spread, and the prevalence of HPAI will greatly decrease. The warmer temperatures of summer are also expected to make the virus less able to survive outside infected birds, which will also make it harder to spread. 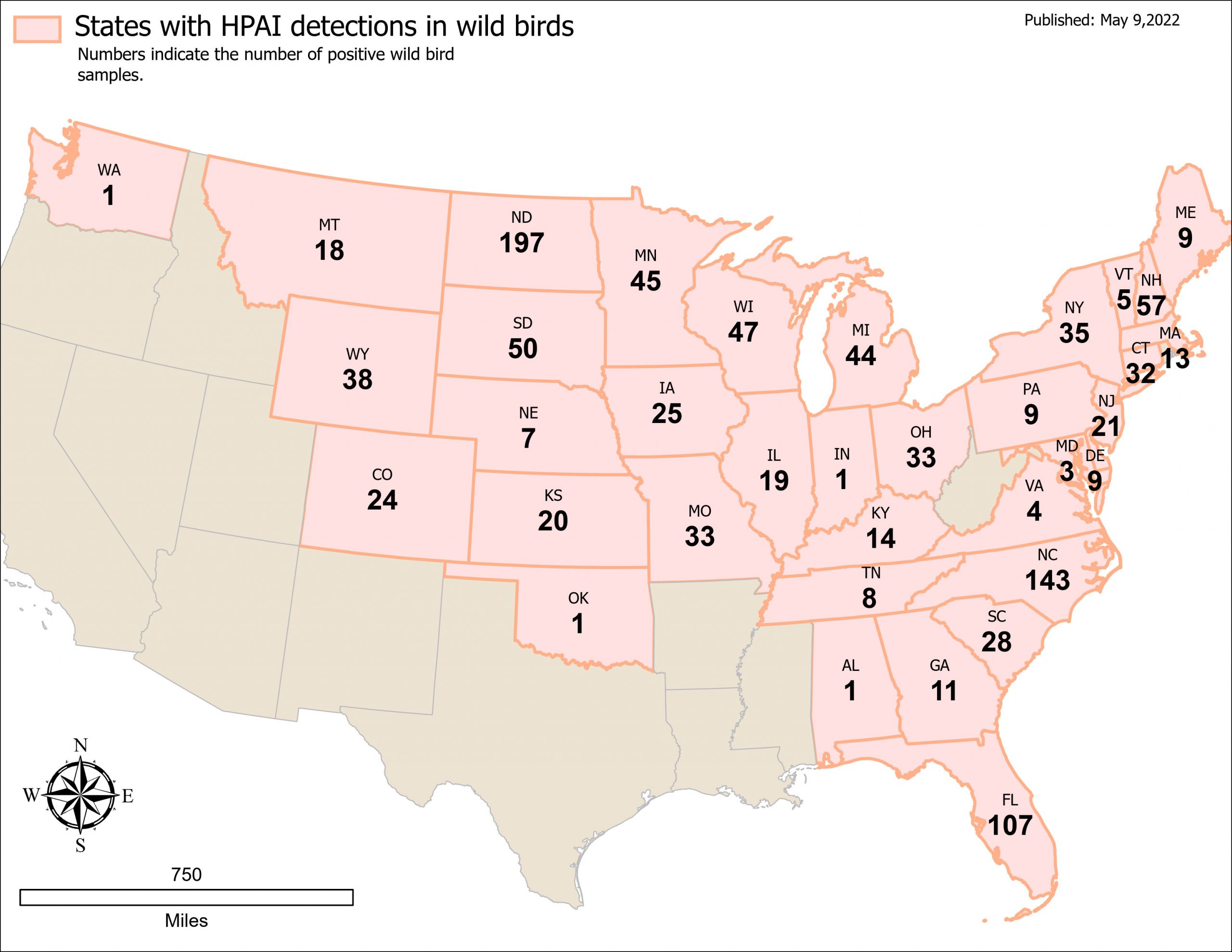 Confirmed detections of Highly Pathogenic Avian Influenza (HPAI) in wild birds in 2022 as of May 9, 2022, as reported by the U.S. Department of Agriculture. (Click on image to enlarge map)

Because the virus does not appear to be infecting most birds that frequent bird feeders, there has been conflicting advice about whether to keep feeding wild birds. If you do continue to feed birds, it is always recommended that feeders be thoroughly cleaned regularly and that areas under feeders be kept free of fallen seeds and debris. Other diseases can infect feeder birds, like avian conjunctivitis. If you see signs of birds with disease, it is safest to discard the remaining seeds in the feeder, thoroughly clean the feeders, and consider not feeding the birds for several weeks. There’s plenty of available natural food for them so not to worry.

—by Jeff and Allison Wells