The acoustic sounds of spring. This time of year, it’s hard to miss them, as birds are winding up to establish breeding territories and to attract mates. Do you have favorites? Maybe you have some that, when you hear them, make you say, “Yup, spring has arrived!” 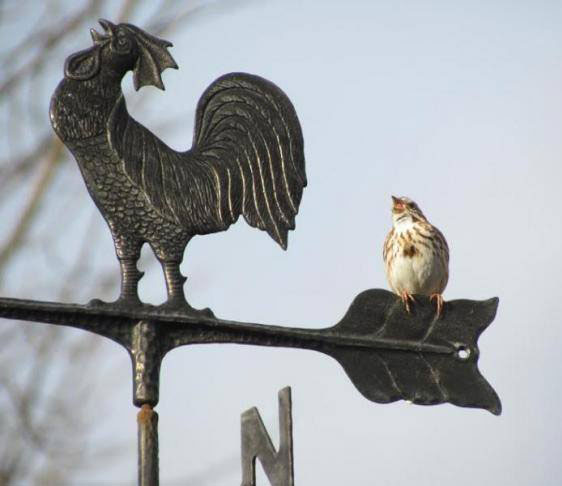 For us, there are many. The first whistled “hey-sweetie” songs of Black-capped Chickadees, even when heard sometimes as early as January, are a reminder that spring is on the way. This year, soon after the chickadees, we began hearing the rough, warbling songs of House Finches and the first halting trills and twitters of the neighborhood Song Sparrows. Tufted Titmice have been loudly proclaiming “peter, peter, peter” across the landscape, too, and a supremely confident male Northern Cardinal belts out his “teer-teer-teer” in an apple tree just outside our bedroom window at dawn.

Now that we are well into March, our acoustic signs of spring include the first low, buzzy “peents” followed by the high twittering sounds of displaying male American Woodcock in the evenings. That is certainly a sound of spring for us.

American Robins are returning in great numbers. Soon we will be hearing their caroling echoing in every city and town in the state. By April the loud evening choruses of spring peepers will be a welcome sign of spring to many. 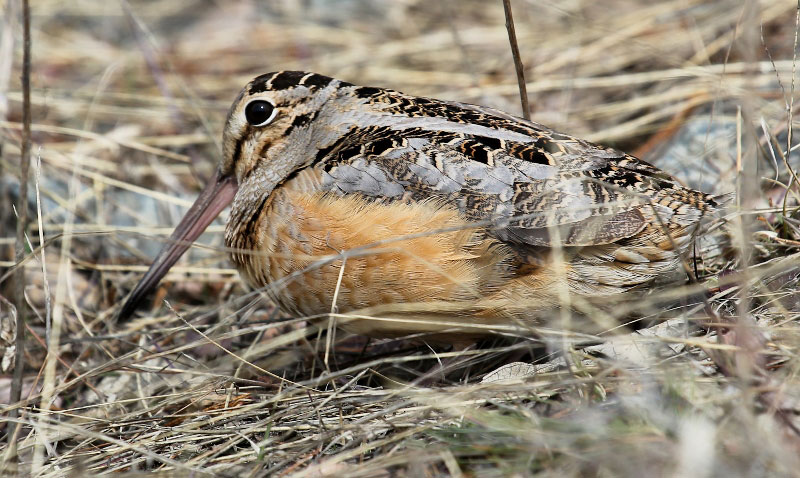 The American Woodcock, aka the “timberdoodle,” is a much-loved Maine bird—listen for the “peents” in brushy fields for a sure sign of spring. Photo by David Small

By the time May rolls around, the volume of bird sounds at dawn and frog sounds in the evening will be amazing and complex, with dozens of species seeming to celebrate the season in any one spot. Some single locations will have hundreds of individual vocalizing birds and frogs. When we reach the warmer month of June, the high-pitched sounds of insects will be part of the soundscape.

In the past, we have written about the use of automated sound recording devices to study birds. As you can imagine, researchers using such devices can capture thousands of hours of recordings of the sounds in any environment. And while it is possible to have bird sound identification experts review some sample of those recordings to identify the species present, the sheer volume of sound recordings tends to outpace that capacity. Researchers are increasingly developing automated detectors that can find and identify the sounds (or at least some of the sounds) of some species. But even these automated computer algorithms are not foolproof and require an expert to review the identifications and correct any mistakes. 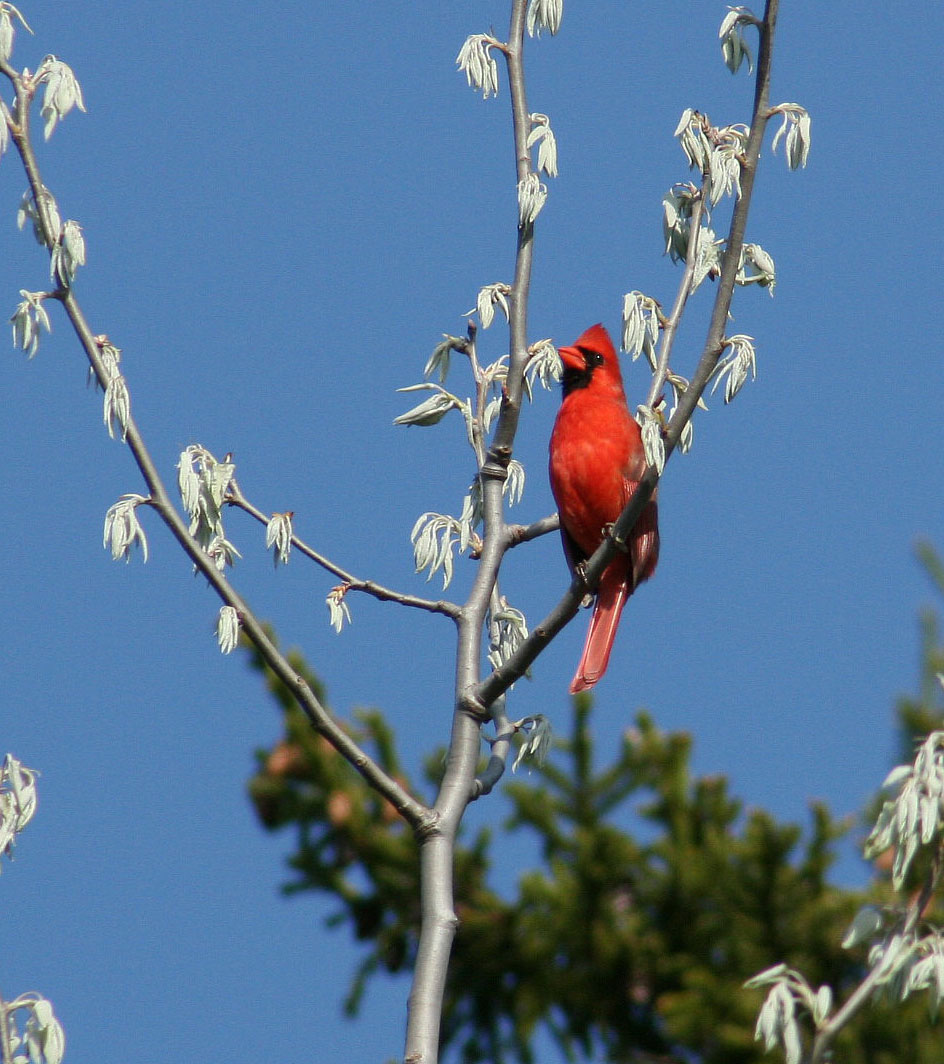 It’s hard to miss a male Northern Cardinal for his bright plumage regardless of season, but in spring, his voice is an undeniable sign of spring. Terry Sprague photo

There is another avenue for using sound recordings to understand more about the environment and its biodiversity that skips over the need to identify individual species.

Imagine contrasting the total soundscape of birds and the environment around your home in January with the soundscape in May. Without even knowing what any of the birds were, you could follow the crescendo of natural sounds from birds and other creatures as it moved through January to May, documenting the changing seasons and, in particular, the coming of spring.

Acoustic indices can be used to study how climate change may be impacting the timing of peak song activity, in general or for certain frequencies. It is possible to develop indices of human-caused noises, like cars and other industrial sounds, and to contrast those with indices of natural sounds to study impacts on birds and other sound-producing creatures as a result of various human activities.

Even without sophisticated sound recording units and computers, we humans have our own built-in acoustic indices that tell us when the seasons change. We will enjoy the soundscape of spring with our own ears as it unfolds around us day by day. We hope you will, too.

To inspire you, here’s a soundscape we captured from a June morning at the Ocean Point Preserve in East Boothbay. Enjoy!