50 Years of the Clean Water Act

Progress Made but Challenges Remain 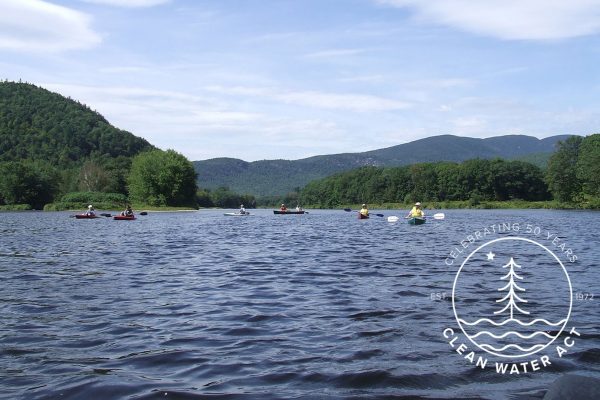 Paddling on the Androscoggin River near Bethel, by AWells/NRCM

Clean water is central to Maine’s identity and vital for the future of our economy and way of life. We love our rivers, lakes, streams, and coastal waters. That’s why we’re excited to celebrate the 50th anniversary of the nation’s Clean Water Act, which has played a critical role in Maine and across the nation in improving the quality of waters that once were treated like open sewers.

As many people know, former U.S. Senator Edmund Muskie provided the necessary leadership to develop and secure passage of the Clean Water Act of 1972. Less well known is the fact that state-based conservation groups like the Natural Resources Council of Maine (NRCM) helped create vital early support and momentum for national action to address the sorry state of our polluted waterways.

Muskie grew up in Rumford, on the banks of the Androscoggin, and knew firsthand that the river had become a disgrace, largely from untreated waste and chemicals dumped into the river by the paper mills—including the Oxford Paper Company in Rumford.

On October 4, 1972, after years of work by Senator Muskie and others, Congress approved a final version of the Clean Water Act (CWA) and sent it to President Nixon for his signature. Nixon vetoed it, on October 17th, complaining about the bill’s high cost for cleaning up municipal treatment facilities. But the next day, the U.S. Senate and the House both debated and voted to override the veto, by 52-12 in the Senate—with 17 Republicans voting to override—and 247-23 in the House, with 96 Republicans voting against their President.

In 2012, speaking at Bates College in Lewiston, Maine, a city located along the Androscoggin, I spoke at an event honoring the CWA’s 40th anniversary. In my presentation, I detailed the unique role that regular Maine people like Bates College Chemistry Professor Walter Lawrence and NRCM supporters like NRCM’s former board president Bill Townsend played in passage of the CWA.

In June 1965, Senator Muskie’s Subcommittee on Air and Water Pollution began 13 days of field hearings on federal water quality programs—and they selected Portland, Maine, as the location for their first hearing. At the invitation of Senator Muskie, President Johnson’s Clean Water Advisory Board also held its first meeting in Portland, and Bill Townsend was there to share a piece of his mind about how bad the situation was in Maine’s rivers.

At that hearing, Bill said, “…During the past week thousands of fish have been found dead along the shores of the Kennebec River above Merrymeeting Bay…Possibly a fish kill like this and the steadily growing concern of the people of Maine for its natural resources will create enough public sentiment so that some action will be taken.”

Bill was an avid sportsman all his life. He knew something needed to be done because the pollution was destroying a natural resource that was dear to him.

In a piece entitled “Kennebec Memories” for Maine Audubon’s journal Habitat, Bill wrote, “I witnessed the Kennebec nearly die, for men can murder rivers, and there are those who still wish to do so… Yet even when the Kennebec was near death, there were men and women who saw the spark of life still in its waters and who spent long and weary years nursing it back, in legislative halls, in administrative hearings, by writing letters, supporting political candidates, and in a dozen other ways.” 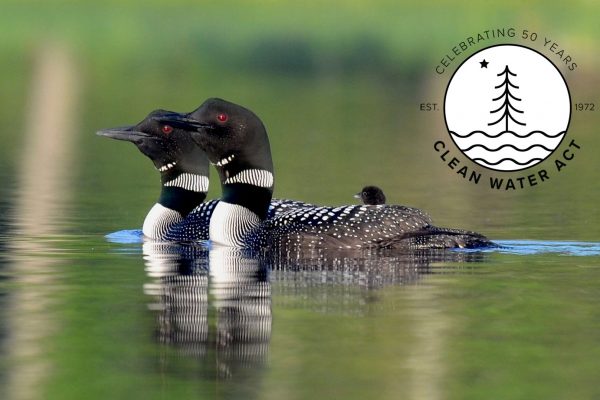 Loons on Dyer Long Pond in Jefferson, by Callie Wronker

Walter Lawrence, as a Bates College chemistry professor, was an intrepid advocate for cleaning up the Androscoggin. In the early 1940s, Professor Lawrence was hired as a consultant by the State of Maine following the first of several lawsuits brought by the State against the three major paper mills on the Androscoggin. For decades, the paper mills had claimed that their raw sewage discharges into the river weren’t causing a problem, but Professor Lawrence and his Bates assistants showed that 90% of the pollution in Maine’s rivers was coming from the paper mills. A situation that had to change.

Maine’s most polluted industrial rivers, including the Kennebec, Androscoggin, and Penobscot, drove people to act and motivated Senator Muskie to become the champion for clean water he proved to be. Across Maine, other champions for clean water emerged, fighting to protect the lakes, rivers, and streams that meant so much to them. Over the past 50 years, countless thousands of Maine people and local groups have worked to improve the quality of our waterways—including staff at the Department of Environmental Protection, municipalities, businesses, volunteers with the Lake Stewards of Maine program, members of lake associations and land trusts, and state organizations like NRCM, The Nature Conservancy, Conservation Law Foundation, Friends of Casco Bay, Maine Rivers, and Maine Audubon.

Maine has been fortunate to have so many wonderful waters, and so many champions eager to protect them. As one of many examples, NRCM was founded in 1959 to protect the Allagash River.

Since the CWA became law in 1972, we’ve experienced a dramatic improvement in water quality. Millions of sea-run fish now migrate annually into the very rivers that once were written off as near dead. 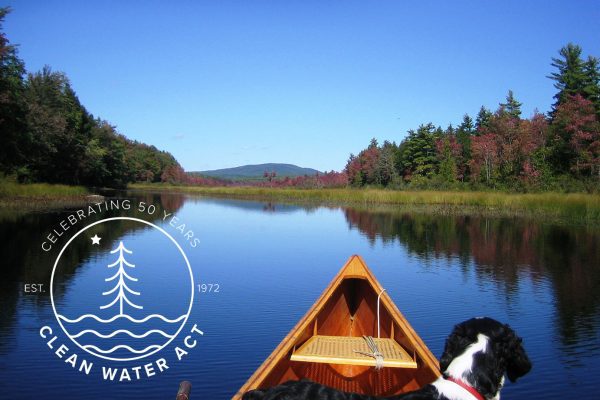 But our work is not finished. Maine’s lakes face the challenge of invasive species. Municipal wastewater treatment plants still release nearly half a million gallons of wastewater into rivers and the ocean when overloaded during extreme rain events. Stormwater runoff is causing algal blooms and nutrient overloading in many waters. Numerous dams across the state pose unacceptable, ongoing obstacles to the further restoration of our rivers. And some proposed industrial activities, such as mining operations or massive off-shore aquafarms, pose major pollution risks to Maine’s water resources and the life within them.

As Mainers, our connection to clean water comes from many places. A favorite river walk or stream to fish in. A memorable canoe paddle or boat trip. Tasty beer brewed with water that requires no treatment because it’s so clean. Water brings us closer to nature and supports our economy.

With more than 30,000 miles of rivers and streams, and more than 6,000 lakes and ponds across the state, we are all connected to water. As Mainers did in 1972, we must continue to stand up and speak out for clean water. While the CWA remains a cornerstone environmental law, we must not let up our guard or become complacent. This signature accomplishment by Senator Muskie must be defended from any efforts to weaken it, and we must also respond to the new threats to water quality posed by climate change, development, pollutants such as PFAS and pesticides, and other pressures that threaten water quality.

So, as we celebrate the 50th anniversary of the CWA through activities and events this year, I hope you will reflect on the progress we’ve made. Think, learn, and have conversations about the time when nobody wanted to spend time in, on, or near our foul, polluted rivers. And also use this time to commit to helping protect a favorite river, lake, stream, or stretch of coastal waters that matters to you.

When the Clean Water Act was signed into law on October 18, 1972, the nation made a decisive choice for a healthy environment over pollution. We are blessed by those who continue to work to advance the law’s goals of eliminating all discharges to our waters and making all our waters fishable and swimmable, and by the people and organizations that made the Clean Water Act a reality.