Through the Head Harbor Passage, among the legendary swirling tides, powerful currents, and whirlpools of Passamaquoddy Bay sits Eastport, Maine.  It was here in 1973 that a New York-based conglomerate, the Pittston Company, sought to construct a massive marine terminal and crude oil refinery.  The proposed development would have included a 250,000 barrel-per-day refinery, a large crude oil storage facility, and a marine terminal capable of servicing “Very Large Crude Carrier” (VLCC) class oil tankers.

From the beginning, NRCM strongly opposed the project, arguing that the passage of large tankers through the waters of Eastport posed an environmental risk that far outweighed any potential benefits. NRCM’s concerns were well founded.  Just one year prior, the Tamano, a Norwegian oil tanker, spilled an estimated 100,000 gallons of industrial grade oil into Casco Bay after the ship’s hull was torn open by scraping against Soldier Ledge in Hussey Sound. This disaster, which occurred in the relatively easy to navigate waters of Casco Bay and involved a much smaller class of oil tanker, provided a vivid example of the risks involved in the Pittston Refinery proposal. Captain Amos Mills, the only person licensed to pilot vessels into Eastport at the time, noted that, “he didn’t know of any port between New Brunswick and Puerto Rico that compared with Eastport in difficulty of maneuvering currents.” This, combined with the company’s insistence that VLCC oil tankers—ships capable of carrying over 2 million barrels of crude oil—be allowed port entry through the treacherous waters of Head Harbor Passage, presented an unacceptable level of risk to the region and helped to cement broad based opposition.

When the Bureau of Environmental Protection granted initial approval of the Pittston Refinery proposal, NRCM responded immediately, petitioning then-Governor James Longley to direct state agencies to appeal the ruling to Maine’s Supreme Judicial Court. When the EPA granted the company an air emission license in 1978, NRCM successfully challenged the determination on the grounds that it violated the Clean Air Act. When Pittston sued the City of Eastport, charging that the city was required to convey city airport property vital to the proposed development to the company, NRCM’s chief counsel at that time, Ginger Davis, actively participated in the legal challenge that led to Maine’s Supreme Court denying the company’s claim. 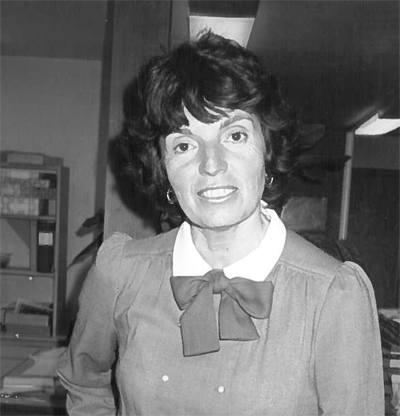 Then NRCM Board President Meredith Murray

For almost a decade the project was delayed by challenges in the courts and regulatory agencies of both the U.S. and Canada. Finally, in 1983, after legal and regulatory setbacks began to mount, the Pittston Company announced plans to terminate the project. In response to the announcement, NRCM Board President Meredith Murray reflected on the lessons of this decade long battle: “There can be no doubt that NRCM’s tenacious opposition was a major factor in the ultimate demise of the project. Every time Pittston rounded a corner, they faced the council head-on.” In opposing the Pittston Company, NRCM was forced to employ strategies somewhat afield of traditional environmental arguments, but in doing so greatly expanded the horizons regarding the options available to shape environmental decision-making. Today, Passamaquoddy Bay remains a special place, important for Maine’s fishing industry and the region’s tourism.