A bill that will expand the Maine Ecological Reserve System and thereby better protect the state’s natural habitats and resources was signed into law by Governor Janet Mills on March 29th, 2022. This law, titled An Act To Enhance the Ecological Reserve System, enables Maine’s Bureau of Parks and Lands (BPL) to add to its system of 19 ecological reserves, which cover less than 1% of the state, but nevertheless offer substantial benefits to nature and people.

Maine’s ecological reserve (“eco-reserve”) system was established by the State Legislature in 2000 and was created to preserve high-quality examples of each type of habitat found within the state. Ecological reserves are conserved lands where limited types of human use are permitted but timber harvesting and other forms of extraction are not allowed. The benefits of the eco-reserve system have been plentiful and significant since its foundation. It has bolstered the state’s biodiversity, protected some of its most endangered species and oldest trees, and preserved several of its most beloved areas, including the Cutler Coast, the Bigelow Range, and the Mahoosucs. Additionally, ecological reserves absorb 30% more aboveground carbon than average lands in Maine on a per acre basis, and they serve as excellent scientific research sites, making them an important part of Maine’s efforts to understand climate change impacts and meet targets of Maine Won’t Wait, Maine’s four-year climate action plan.

While the 2000 legislation was a major step in the right direction, there was still room for improvement. The law included a 100,000-acre cap on the eco-reserve system and stated that no more than 6% of BPL’s operable timberlands could be designated as ecological reserves. Since they lacked solid scientific backing, these caps were essentially arbitrary, and they unnecessarily restricted Maine’s eco-reserve system and its positive influence on the state’s nature and people. Furthermore, a key goal of the eco-reserve system was to preserve examples of every type of habitat in the state, and there are still gaps that need to be filled in, such as oak-pine forests and eastern lowland spruce flats. The southern part of the state has very few eco-reserves, which is especially problematic since this is a biologically diverse region of the state, and the plants and animals in this area are generally more susceptible to habitat loss to development. For these reasons among others, the expansion and eventual completion of Maine’s eco-reserve system has been a priority for NRCM.

LD 736 was introduced to the 130th Legislature by Rep. Nicole Grohoski of Ellsworth with the purpose of removing arbitrary caps in statue that were impeding progress toward meeting the goals of the eco-reserve system, in addition to making other improvements. Ultimately in a compromise with the forest products industry, some of the size limitations on the eco-reserve system were retained but, importantly, they were increased. The final bill allows for habitat gaps in the eco-reserve system to be filled in and for the establishment of eco-reserves in southern Maine where there are disproportionately few eco-reserves, thus protecting vulnerable habitat types and helping residents of the state’s most populated area more readily enjoy the benefits that these invaluable lands have to offer. It will help safeguard Maine’s biodiversity through the protection of intact Maine habitats, making it a win for the plants, animals, lands, and people of the state.

LD 736 ultimately received unanimous support from the Agriculture, Conservation, and Forestry Committee and bipartisan support in the House and Senate. The bill will allow BPL to designate at least 11,500 acres of additional ecological reserves on existing public lands, with the potential of expanding the ecological reserve system further through new public lands added to the Bureau’s management. 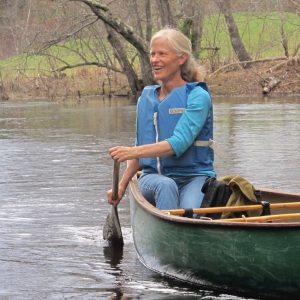 “Maine’s ecological reserves provide critically important refuges and source areas for native plants and animals in the face of a warming climate and changing land use practices. They also serve as indispensable benchmarks that help us understand how best to manage and conserve Maine’s rich variety of habitats—from mountains to working forests to streams and wetlands. Completing a Maine Ecological Reserve System is an urgent need. LD 736 will help us achieve this goal.” – Janet McMahon, ecologist and member of the Ecological Reserves Scientific Advisory