South Portland, ME – A group of business people and clean energy experts gathered today to report on the year in solar energy, both nationally and in Maine. They reported that solar technology is taking off around the country, due to dramatically lower prices and a surge in solar installations – from individual households, right up to utilities – spurred on by supportive state and national policies. The group gathered outside of Day’s Inn in South Portland, which recently installed 415 solar panels on its roof—just one of many solar projects going onto Maine roofs this year. However speakers warned that Maine’s lack of a solar energy policy to attract investment in solar means the state is losing out compared to our neighbors, and is in danger of falling further behind.

According to the Solar Energy Industries Association, more than 4,000 megawatts (MW) of solar had been installed in the U.S as of October 2014. The year-end forecast is for 6,500 MW, 36% greater than 2013. That’s enough solar energy installed in one year to power more than one million homes. So far in 2014, solar power represents 36% of all new energy installations in the U.S., compared to 10% in 2012, making it the second largest source of new power for the second year in a row.

Suresh Gali is the owner of the Day’s Inn in South Portland, which recently installed more than 400 solar panels on its roof. He proudly welcomed the group to his hotel. Rocky Akroyd, of Green Sun, installed the solar system and spoke about it.

“Green Sun is proud to partner with business owners like Suresh to design and install alternative energy solutions that create a win-win for our customer’s wallet and the environment,” said Rocky Akroyd, owner and founder of GreenSun. “Energy independence isn’t a pipe dream anymore – it’s reality, and more affordable than most people realize. As one of the largest solar arrays in southern Maine, the Days Inn and Suresh are shining examples of what a meaningful impact alternative energy can have on your balance sheet, your carbon footprint, and the value of your property.”

“There is no question that Maine businesses and people want to go solar,” said Dylan Voorhees, Clean Energy Director at the Natural Resources Council of Maine. “However, compared to neighboring states, and the nation on the whole, Maine is lagging behind because it is the only state in New England with no policies to help homeowners or businesses invest in solar energy. As a result, Maine is failing to attract investments, grow our solar industry, and provide people access to their own source of clean, renewable solar energy. Shouldn’t the stable costs and economic benefits of solar be available to all?”

The national solar market has tripled in size in the last three years. The fastest growth has been in states with policies encouraging solar investment, including Northeastern states like Massachusetts, New Jersey, and New York (see chart). All three were in the Top 10 for new solar last quarter, installing 82 MW, 39 MW, and 39 MW respectively last quarter.

Even tiny Vermont (with half the population of Maine) ranked 13th nationally, by installing 14 MW. Maine installed less than 1 MW. New Hampshire, with roughly the same population, installed more than twice as much new solar as Maine last quarter.

Maine-based solar installation business, IRC Roofing, spoke about the growth in solar projects, citing increasingly attractive economics, but also said that it is finding increasing amounts of work out of state, in New Hampshire and Massachusetts, a trend shared by other burgeoning solar companies in Maine.

“IRC is a 70-year-old roofing company that started doing rooftop solar projects on commercial buildings several years ago,” said Kurt Penney, head of Business Development at IRC Solar Roof Systems. “Solar is a great way for businesses to lower their energy bills, and the economics of solar have really taken off. That’s great news for our business and our workers, but we see clearly that there is more growth in neighboring states like Massachusetts and New Hampshire.”

“Solar energy is undergoing a transformation nationally, with record levels of investment coupled with dramatically lower prices for consumers,” said Steve Clemmer, Director of Energy Research for the Union of Concerned Scientists. “In fact, more than one-third of all new electric capacity installed in the U.S. so far this year was zero-carbon solar power, with the biggest growth happening in states that have strong solar policies.”

The third quarter of 2013 included a record-breaking 300 MW of new solar power in U.S. households, and 2014 is on track to see residential solar installations 50 percent higher than in 2013.

“While our family began looking at solar power for environmental reasons, the financial benefits sealed the deal,” said Deb McDonough, a homeowner in Scarborough. “Our investment in solar will pay for itself in reduced electricity bills and insulates us from volatility in energy prices as we plan for retirement.”

Maine is the only state in New England with no specific policies to reduce barriers and costs for homeowner or business investments in solar energy. That means that despite the economic attractiveness of solar technologies today, barriers like up-front costs, and limits on the kinds of solar projects allowed by Maine laws and regulations, are preventing the kind of growth evident elsewhere.
During the 2014 session, the Maine Legislature passed a bill requiring the Public Utilities Commission to study the value of solar. The Legislature has been actively debating solar policy but has not yet enacted a comprehensive solar bill.

“It’s time for Maine people and policy makers to think about how to spur solar access for Maine people and businesses,” said Voorhees. “Solar technology has undergone a transformation, making it more attractive and economical than ever before. 2015 will likely be an even better year for solar. The question is, will we be standing here a year from now telling you how Maine is still losing out on the benefits and falling even further behind?” 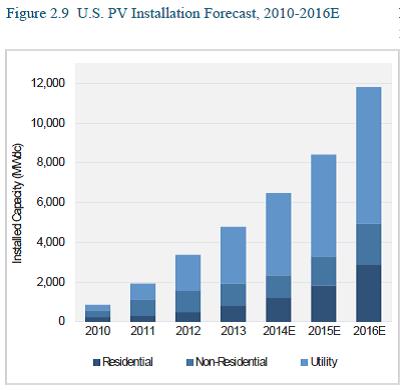 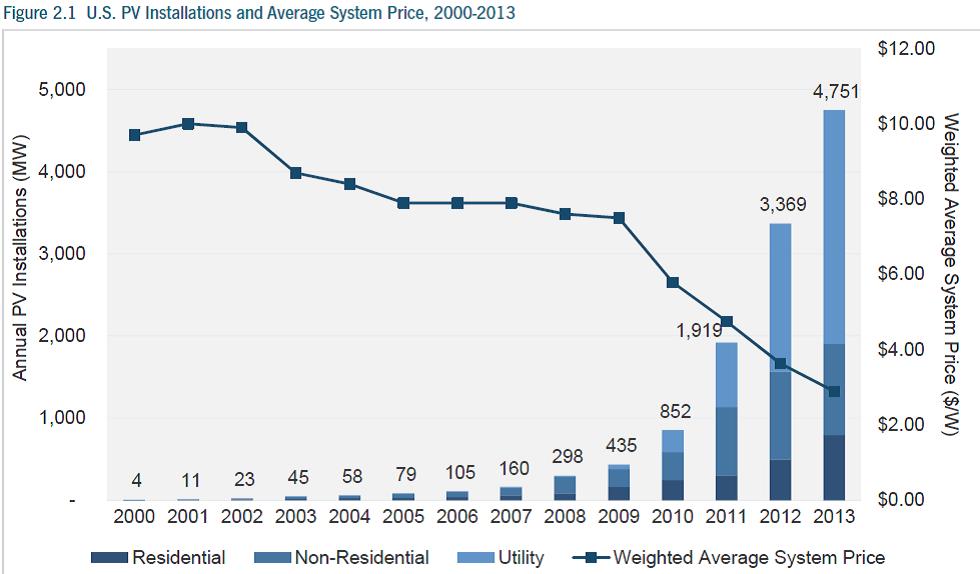