Portland, Maine – October 28, 2016 – Today, the Natural Resources Council of Maine (NRCM) hosted a group of courageous sailors arriving in Portland Harbor aboard their 50-foot sailboat, the S/V Pachamama, after traversing the Northwest Passage across the Arctic. They report that climate change is no longer an abstract future threat; it is here now and they have seen the effects of it in their travels. Exhibit 1 is the warming and melting Arctic, as evidenced by the fact that they just sailed through the Northwest Passage without the use of an icebreaker. 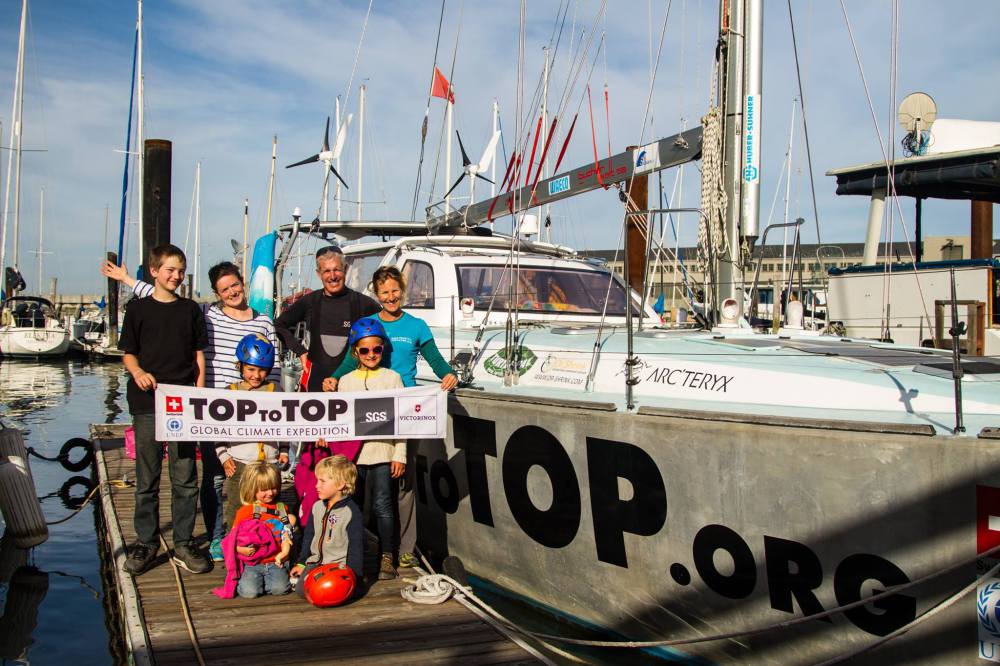 The Expedition, operating through the nonprofit organization TOPtoTOP, has sailed all of the world’s seven seas and team members have climbed six of the highest mountains in the world all in an effort to witness and report on climate change and its solutions.

“We hosted this Expedition to help bring awareness to climate change in Maine, which includes rising sea levels due to glaciers melting at accelerating rates, as well as a warming ocean,” said Dylan Voorhees, NRCM’s Climate and Clean Energy Director. “Fortunately, Maine, the region, and the nation are moving forward with important climate and clean energy solutions, such as the Regional Greenhouse Gas Initiative, which limits power plant carbon emissions in the Northeast, and the EPA’s Clean Power Plan, which will do this nationally.” 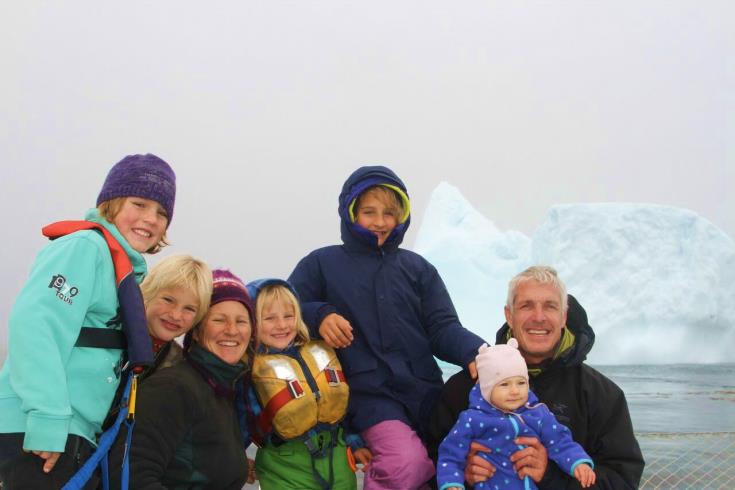 The captain, Dario Schwörer, is a climatologist and international ski and mountain guide. The Expedition co-leader, Sabine Schwörer, is a nurse, mountain climber, and mother of the five children on board. And, amazingly, five of the explorers on this team are under the age of 12! The Schwörers have been circumnavigating the globe for more than a dozen years, and stopping on each continent to witness the impacts of climate change and to collect examples of positive action people are taking. They travel by sailing, cycling, hiking, climbing, and walking. Now, they are in Portland to report on their findings.

“Given what we have seen, it is clear that climate change is well underway but we still have a chance to reduce the gravity of its future impacts,” said Captain Dario Schwörer. “And, we have a moral obligation to protect our children by cutting our carbon pollution and using clean energy and efficiency solutions in our communities. If we do, we can start building a safer and stronger world today. According to recent Arctic studies, climate change is going to affect Maine by driving up sea levels, causing more coastal flooding, changing ocean circulation in the Gulf of Maine, altering fish habitat, and even creating more storms, especially in the winter.”

“We are thrilled to host the Global Climate Expedition and the Schwörer family in Maine,” said Voorhees. “Their experiences remind us that we are all in this together when it comes to climate change. Mainers are increasingly aware of and concerned about the changes they see right here at home. Clean energy solutions are readily available if we have the courage and the political will to escalate our response.”

Dario, born in the Swiss Alps, has been climbing mountains and sailing since he was young. He became an international ski and mountain guide and when he began to recognize the impacts of climate change on his beloved mountains, he felt he needed to take action. Sabine joined him and together they started by climbing Europe’s highest mountain, Mont Blanc. Since then, they’ve summited the Aconcagua in South America, Mount Kosciuszko in Australia, Mount Everest in Asia, Kilimanjaro in Africa, and Denali in Alaska. The last summit to climb is Mount Vinson in Antarctica.

Each of their five children—Salina, 11, Andri, 10, Noe, 7, Alegra, 5, and Mia, 10 months—were born during TOPtoTOP’s expeditions, and on different continents. Their boat, the S/V Pachamama (which means Mother Earth in Inca), is rigged to be fully sustainable and seaworthy, and uses a variety of clean renewable energies including wind turbines and solar panels that feed electricity into a battery pack stored below deck to power lights, navigation aids, the refrigerator and freezer.

The Expedition’s first-hand experiences with a changing climate mirror those of Maine people. Six out of 10 Mainers now say climate change is already negatively affecting the state, according to a poll of likely voters conducted earlier this month. (An additional 15% said harmful impacts were coming within a decade or two.) This is significantly higher than national results and reflects the close relationship Mainers have with the outdoors and nature professionally and recreationally.

The Expedition does scientific work; helping to document changes in ocean currents and conditions by sampling certain areas, and sending the samples to a lab in Hawaii to be tested for radiation levels from the Fukushima Daiichi nuclear power plant accident following the 2011 earthquake and from nuclear test sites. The team is also collecting and measuring micro-particles of marine debris and mailing them to labs for additional testing TOPto TOP has also conducted whale research in collaboration with institutes tracking underwater sounds that affect whales.

The family can be contacted directly at www.toptotop.org or dario@toptotop.org.