Robin Hunting—and Eating—and the Year of the Bird 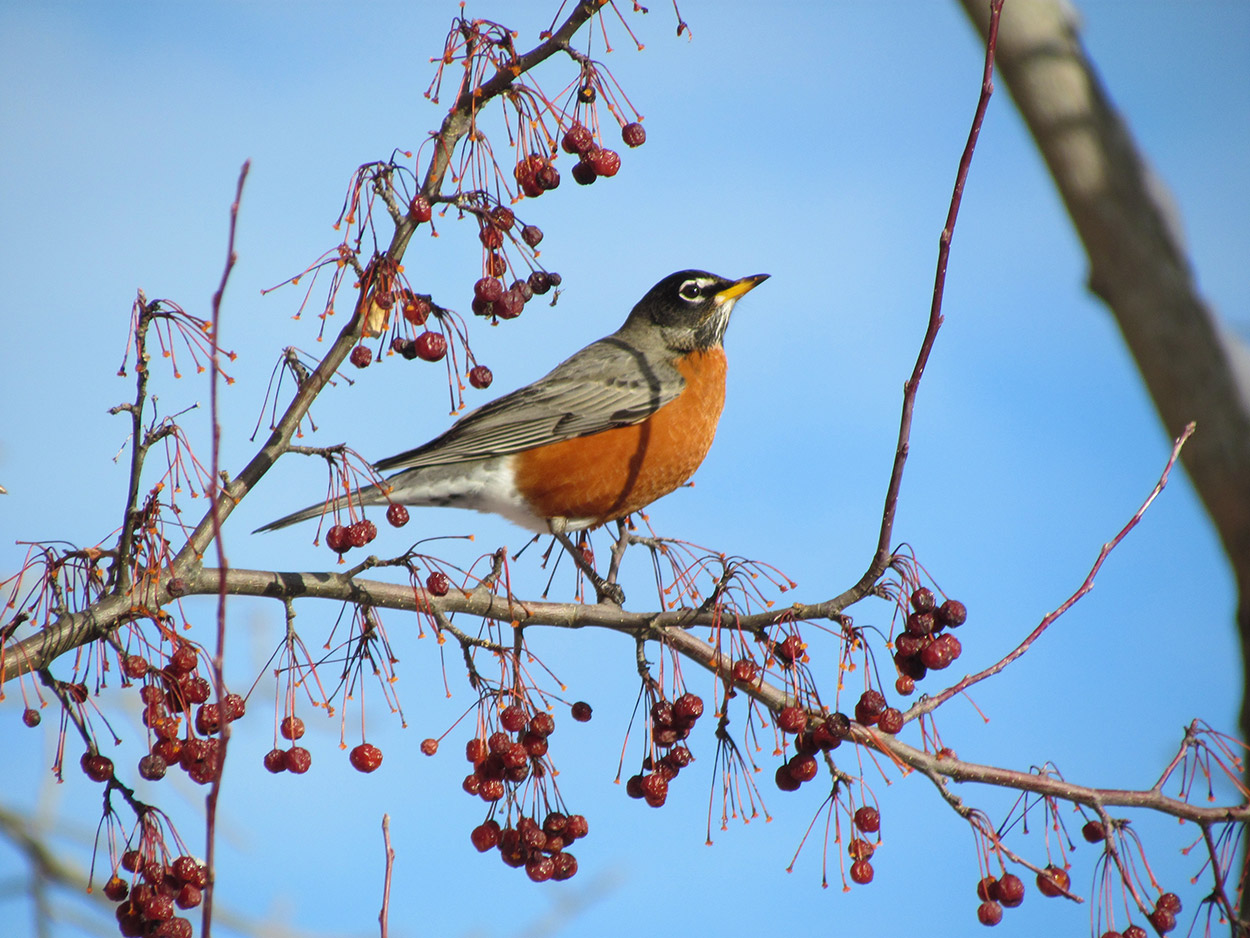 You may know that the early settlers to North America named the American Robins we know and love today. But did you know they also ate them?

When the first European settlers saw the bird, they named the species “robin” based on the robins they knew back in Europe. That species, now called the European Robin (the Brits still often call it just the “robin”) has a reddish breast similar to the American Robin but is smaller and is now considered part of the old world flycatcher family rather than the thrush family.

They may have eaten those, too. They definitely shot and ate American Robins, as disturbing as that may seem to us today. Because of American Robins’ propensity for forming large flocks in migration and winter, especially near fruit-bearing trees and shrubs, it was easier to shoot them then many other birds and animals.

We have a fascinating book, published in 1867, called “The Market Assistant” with a proclamation that it contains “a brief description of every article of human food sold in the public markets of the cities of New York, Boston, Philadelphia, and Brooklyn…” On page 175 (across from the long and immensely sad section on the now-extinct passenger pigeon), is the entry for “Robin or red-breasted thrush” in which is written, “Large numbers of these well-known birds are found in our markets, and thousands are also shot by all sorts of sportsmen, in the months of September and October, when they are fat and delicate eating.”

Knowledge of that kind helps ensure we no longer take for granted one of our country’s most familiar, widespread, and abundant birds. American Robins nest from the Arctic south into the highlands of Mexico and from the Atlantic Coast to the Pacific. In each season, they are just about everywhere within the U.S. and Canada. Although often considered a sign of spring in Maine and elsewhere, it’s a bit misleading. The truth is, robins stick around more or less the whole winter. We had one calling in our yard even as we wrote this blog, as we stare out at several feet of snow still carpeting the ground. When the robins start singing in a few weeks, then we’ll get our hopes up.

Meanwhile, we honor our beloved American Robin in celebration of the Year of the Bird. It is another of the many species that benefitted from the signing of the Migratory Bird treaty and the subsequent passage of the Migratory Bird Treaty Act here in the U.S. one hundred years ago. That treaty, and its enacting legislation in the U.S. and Canada, gave the first-ever conservation protections for songbirds like the American Robin and hundreds of other bird species. In the Year of the Bird, we remember this historic and still crucial legislation that ensures that birds like the American Robin will be around for generations of people to enjoy—by observing them, not eating them!