Explainer: Why the CMP Corridor is a Bad Deal for Maine and the Climate

CMP and Hydro-Quebec (HQ) are mounting an aggressive and expensive political campaign using terms like “clean energy corridor” to try to convince Mainers otherwise.  In fact, CMP has now spent $10.53 million and HQ $6.24 million to push this unwanted project on Mainers. The company’s primary messages on this complex project are delivered through a never-ending stream of TV and online ads and slick brochures mailed directly to your home. You may have noticed that this deluge of CMP promotional material is high gloss but low content. CMP opts for lots of pretty (or scary) pictures and dire warnings because the facts just aren’t on their side.

So, we’re going to unpack this issue for real.

Let’s say you are going on a long plane trip and want to offset the emissions from your flight by purchasing carbon offsets because you care about climate change.

You do some online research and buy some offsets from a company that promises to plant trees on your behalf.

Weeks go by but then you read a story in the newspaper about how the company you bought the offsets from hasn’t planted any new trees and was selling those same offsets not just to you but also to other people all over the region. Though there are many reputable carbon offset programs, it turns out this one was a scam.

You’d be upset and frustrated because the impact you were promised (and paid for!) wasn’t real. You were lied to.

This is exactly what is wrong with the CMP corridor:

The climate benefits promised by CMP simply aren’t real in the ways that matter.

Science and policy experts here at the Natural Resources Council of Maine have spent the past two years poring over studies and reports related to CMP’s corridor proposal. One thing became clear as we learned about the project: There is zero reliable evidence that the project would result in an actual, verifiable reduction in global greenhouse gas emissions.

If there are no reductions in global emissions, there is no benefit to the climate. 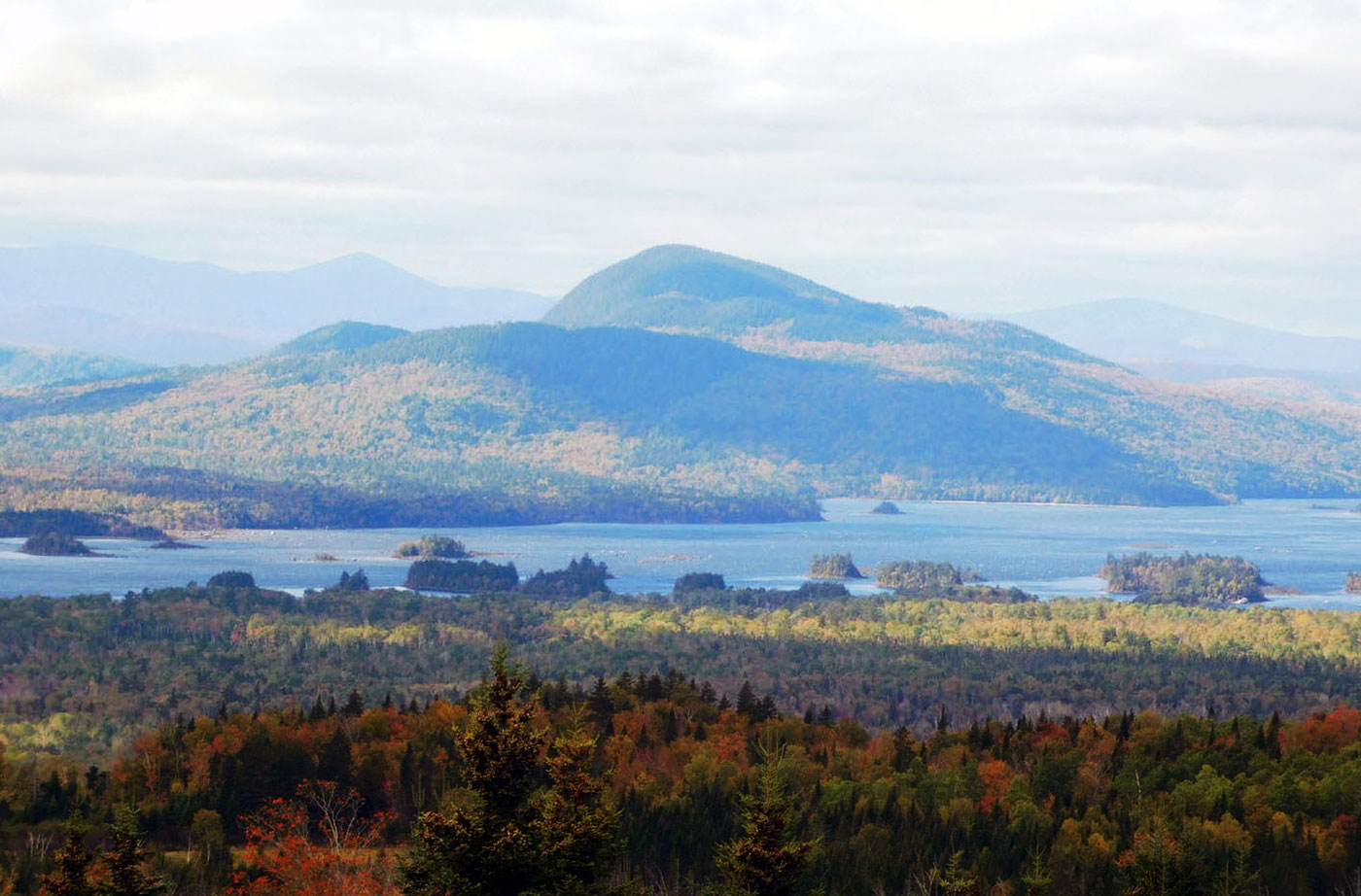 Attean Pond from Route 201 in Jackman, near the path of the proposed CMP corridor. Photo by Beth Comeau

Faced with the looming specter of climate change, Maine can’t afford to make mistakes like this. If we are going to act on the timeline that scientists say is necessary, it’s critically important that we pursue solutions that result in real, additional reductions in carbon pollution. We can and must do this while also strengthening Maine’s local economies.

Just to be clear, CMP’s corridor would not do that. Instead, CMP and Hydro-Quebec (HQ) are engaging in a shell game, merely shifting electricity from one market to another, with the sole purpose of making billions in profits at the expense of Maine’s environment.

And it’s not just in New England where HQ is trying to make money selling false claims about its hydropower, marketing it as a climate solution. They said the same thing about the failed Northern Pass project in New Hampshire.[1] And now the company is making the same exact claims to promote a project to sell power to New York City.[2]

Somehow, without building any new hydroelectric facilities in Quebec, HQ is claiming it can provide an enormous amount of hydroelectric energy (1200 megawatts) to New England through the CMP corridor and the same amount to New York through a different transmission line, all without adding any new hydropower generation. It just doesn’t add up.

Legal filings by the Massachusetts Attorney General to the Massachusetts Department of Public Utilities reinforce our concerns that CMP’s corridor will not result in new (“incremental”) delivery of power, and therefore has no tangible climate benefit.[3] The filings detail how, without new generation of electricity, Hydro-Quebec has the ability and a financial incentive to simply shuffle power from existing customers outside of New England, and send it to Massachusetts customers who will pay more.

We’d love to get information about this from HQ but the company has been absent from all ongoing review process for the corridor in Maine, and thus have avoided testifying about the claims its spokespeople or CMP make on its behalf.

CMP’s lawyers and lobbyists have also fought every attempt by NRCM and others to require an independent evaluation of the total climate impacts of their proposed corridor. That includes killing a bipartisan bill passed by the Maine Legislature last year whose sole purpose was to ask the Maine Department of Environmental Protection to conduct such an analysis.

CMP and its allies often cite a study that was conducted by London Economic International (LEI) for the Maine Public Utilities Commission. That study was deeply flawed because LEI failed to consider any greenhouse gas impacts outside of New England even though this is an international project.

This is a critical oversight because it is the project’s impact on global emissions that matters for our climate.

Evidence unearthed by the Bangor Daily News shows a conflict of interest that creates even more doubt: At the time LEI was developing the report for the PUC it was also doing work for HQ who stands to make billions off the project.

The LEI report also contains several serious, well-documented errors including an assumption that energy from HQ produces zero carbon emissions, a serious and misleading assumption. Depending on the age of the reservoir, energy from large-scale hydro can create even more emissions than a natural gas plant, according to scientists.

Beyond the question of emissions, there is also the very real possibility that the CMP corridor will suppress the development of new, local, clean energy projects, like wind and solar. This is because the transmission line is a one-way “DC” line with the sole purpose of selling hydropower to Massachusetts from Canada. Local clean energy projects will not be able to connect to the line, and the increased flows from the project could further constrain the flow of Maine’s renewable energy to markets in New England. In fact, former Governor Paul LePage, an opponent to clean energy, was hired by CMP to promote this project and has cited the fact that the CMP corridor would stop new wind and solar as a reason why he is supporting the project. Local renewable energy businesses that support hundreds of good-paying jobs in Maine have raised these concerns throughout the process. 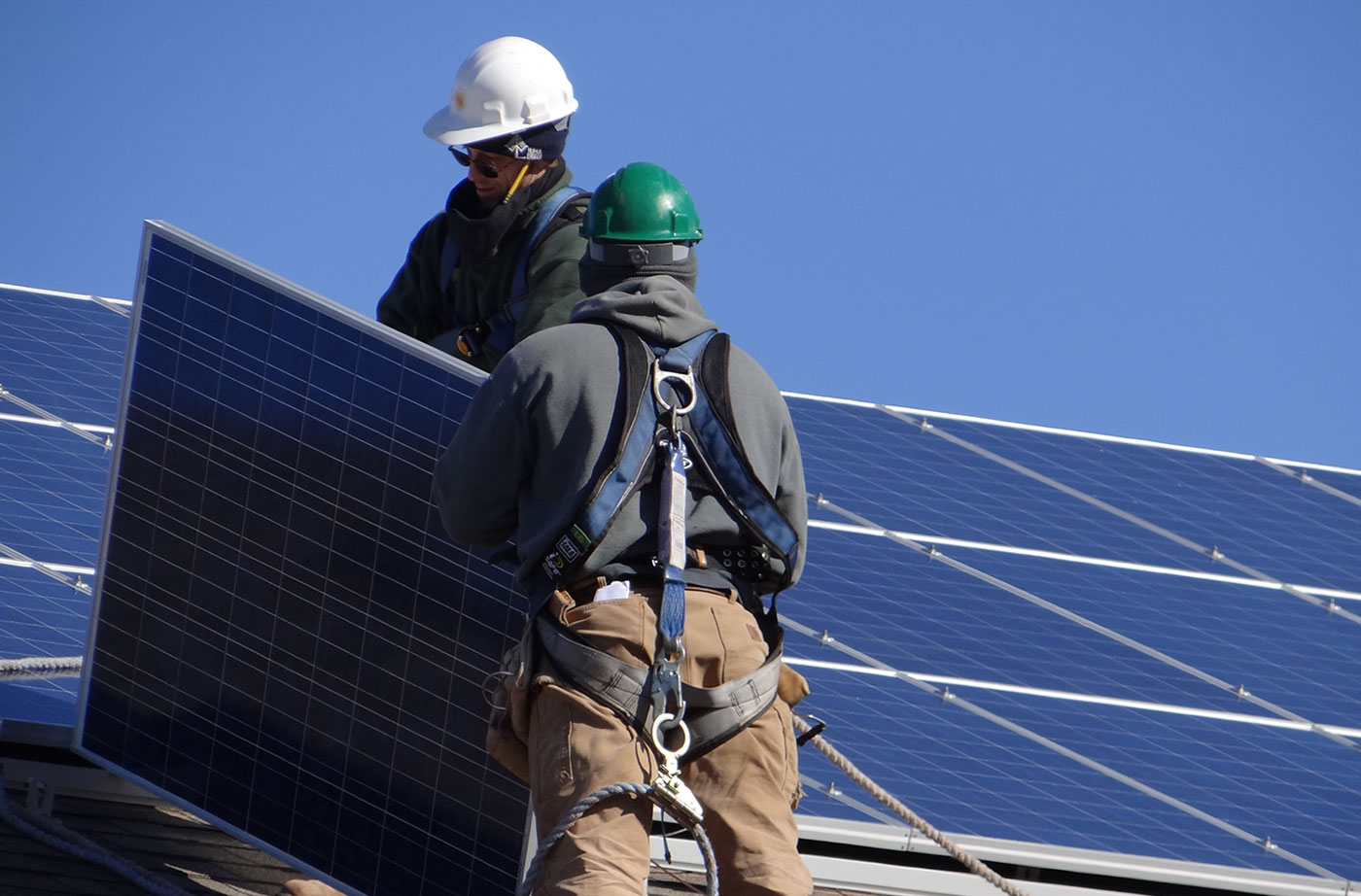 Instead of building a transmission line that wouldn’t support local clean energy, we should support infrastructure that will accelerate the installation of new clean energy projects here at home. Maine-based renewable energy projects will deliver real reductions in emissions, help reduce electricity costs for everyone, create good-paying jobs here at home, and grow Maine’s economy. That’s exactly the type of economic development that we need here in Maine, now more than ever. It doesn’t make any sense to slow that progress just so CMP’s shareholders can make more money.

The bottom line is that Mainers deserve the right to know all of the facts about the CMP corridor project, especially on the question of whether or not it would actually benefit the climate. HQ has never provided the necessary evidence, under oath, about how much energy it has to send to New England and where that energy would come from.

Earlier this year, HQ sent out an alert to its customers telling them to cut back on their electricity use because the HQ system was straining to keep up with demand. This plea was sent at the same time HQ’s CEO was printing full-page ads in Maine newspapers saying “rest assured, we have plenty of power to sell you.” This only reinforces our concern that HQ will provide power to Massachusetts by shifting power it is currently selling to New York or other markets.

What we find especially disconcerting is CMP’s attempt to fool Mainers by using a multi-million-dollar advertising and political campaign to rebrand its destructive corridor project as a “clean energy” project by spending millions on a Clean Energy Political Action Committee and directly coordinating with an organization it helped set up called Mainers for Clean Energy Jobs, to support CMP’s dubious claims. It is all a ploy to profit off the fears of people who care about climate change. This is why CMP glosses over what is a complex issue. But in this case the details matter.

CMP is also hoping we all forget that the company and its allies have a long history of obstructing local progress on clean energy at the State House. Instead of helping Mainers install clean energy projects in their homes and towns or improving the energy efficiency of Maine’s homes and businesses, CMP spent the last decade opposing renewable energy and energy efficiency policies.

No, this is about profit for CMP and its shareholders, not the climate. The climate is just an effective marketing approach, which is why CMP continues to spend its time, and millions of dollars, forcing a transmission line through a state where the people do not want it.

Why does all of this matter? In order to rapidly reduce our reliance on fossil fuels, we should be bringing clean energy projects online at a much faster pace than is happening now. We don’t have time for misleading projects like CMP’s corridor that get in the way of a local clean energy future.

When it comes to our changing climate, time is literally ticking away. We must move aggressively to reduce carbon pollution by embracing verifiable, local, clean energy projects that will create new jobs, strengthen Maine’s economy, and protect our environment. Instead of sending us down this path, the CMP corridor would take us in the wrong direction. Moving forward with this troubled project would be a mistake for our climate we can’t afford to make.

[1] The New Hampshire Site Evaluation Committee denied Northern Pass’ application for a Certificate of Site and Facility and found that “no actual greenhouse gas emission reductions would be realized if no new source of hydropower is introduces and the power delivered by the Project to New England is simply diverted from Ontario or New York.”  New Hampshire Site Evaluation Committee, Decision and Order Denying Application for Certificate of Site and Facility, Dkt. No.2015-06, p. 161.