What Mainers Can Learn from the Arctic

As I sit on an outcrop watching the moon rise above the Alaskan skyline and mighty Taku Glacier, I can’t help but wonder how many years into the future this great ice mass will remain. Recent research suggests up to 60% of Taku will be gone in the next century if our climate continues on its current warming trajectory. These are humbling numbers given Taku reaches close to a mile deep and represents one of the thickest mountain glaciers on Earth. While I ponder, college students participating in the Juneau Icefield Research Program (JIRP) scurry around the rocks in front of me to capture different photos of the rising moon and setting sun over the surrounding terrain. I capture a few shots of these wide-eyed young adults standing in awe, speechless from the powerful scene. 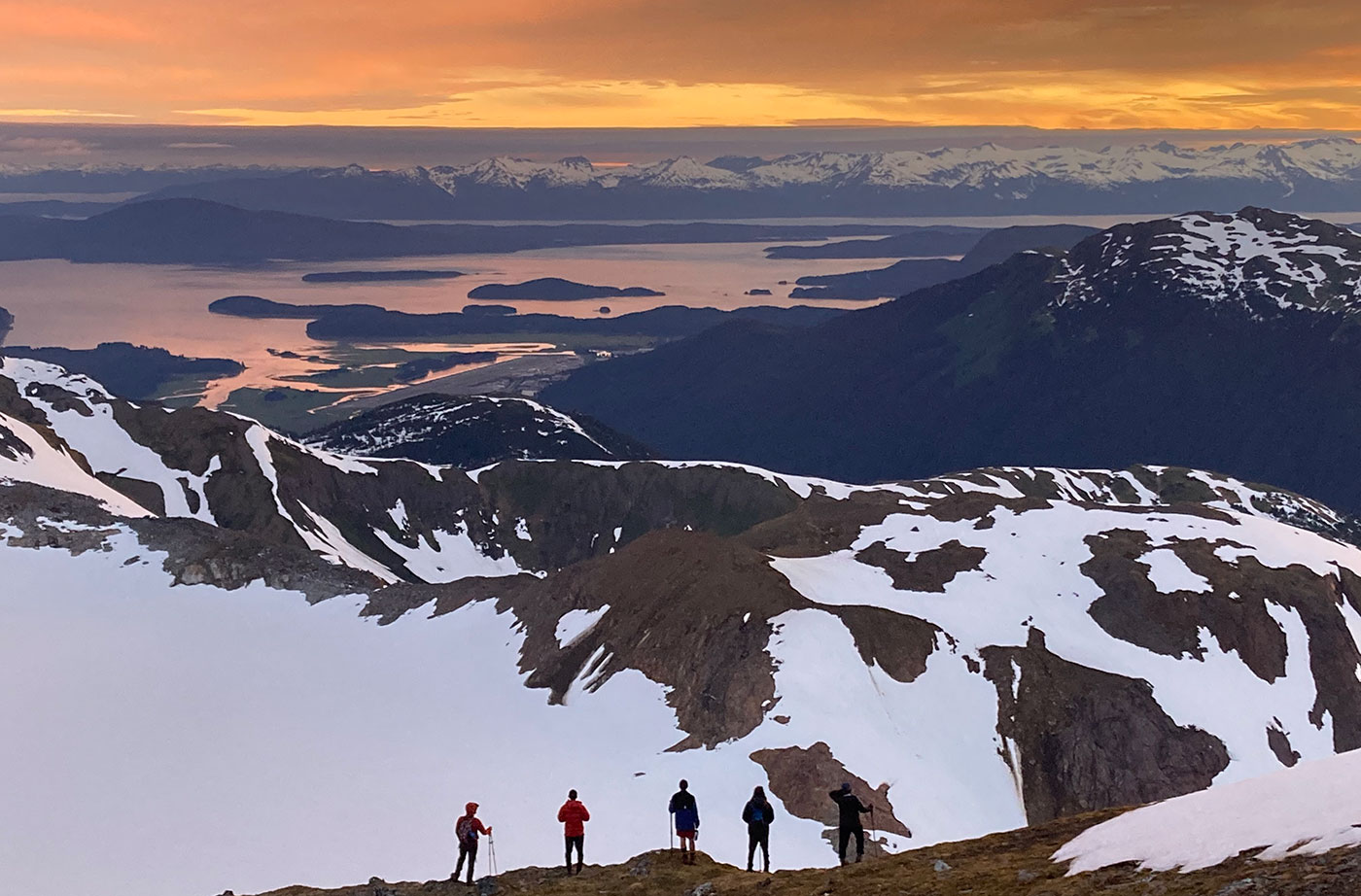 JIRP students watch the sunset over Juneau, Alaska, and Glacier Bay National Park off in the distance (Photo by Seth Campbell)

Of the 60 students, staff, and faculty I led this year to the icefield to conduct research, learn about Polar Earth systems, and ultimately disseminate their science knowledge back to their own communities, 10 were from Maine. One of those was a young coastal Maine fisherman, Maine business owner, and engineering student. Three others were Earth & Climate science students. One recently moved to Down East Maine and had a mixed interest in political science, science policy, and Earth sciences. Myself? I’m a climber, paddler, fisherman, hunter, trapper, glaciologist, and climate scientist. We all have different backgrounds but certainly have at least one similarity: we are all concerned about the future environment of Maine and beyond.

I am a Mainer, born and raised, but have spent more than 6 of the past 20 years in the most remote places on Earth conducting research. Much of this time has occurred in the great white north of Alaska to study how and why its glaciers and permafrost (or ground that remains frozen throughout the year) are changing, and to translate those changes into other potential impacts. It turns out that what happens in the Arctic significantly impacts other regions of Earth, including our own cherished state of Maine. 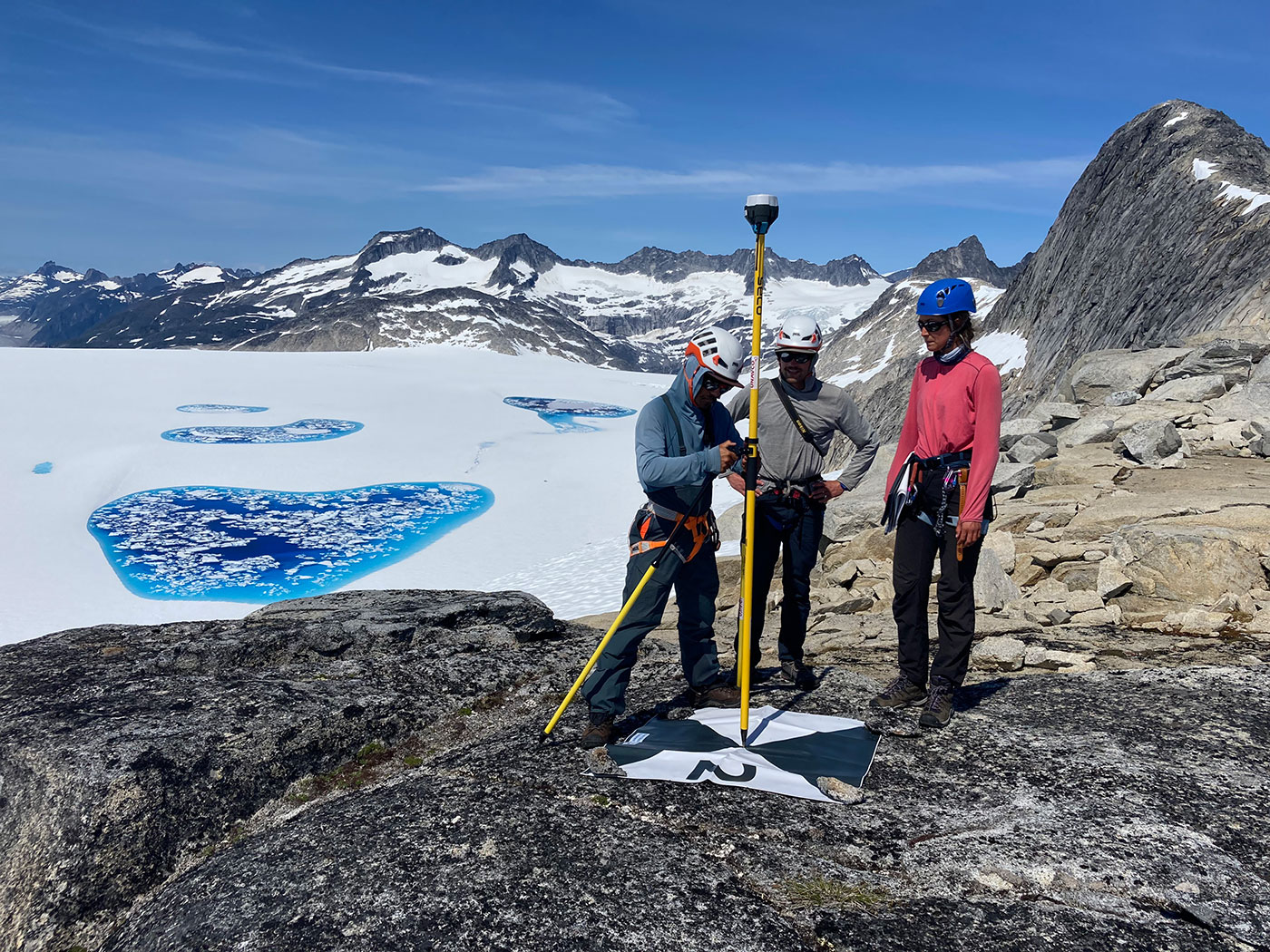 For example, coastal Maine waters are warming faster than nearly anyplace else on Earth. This is caused, in part, by increased meltwater from Greenland and other Arctic glaciers influencing ocean circulation patterns. We also face ocean acidification caused by increasing levels of carbon dioxide in the atmosphere being absorbed by ocean waters. Shellfish are particularly susceptible to this, given acidification makes it hard for them to grow a protective shell. In short, the drilling for and burning of fossil fuels directly causes continued atmospheric warming, glacier melt, ocean warming, and ocean acidification, putting Maine fisheries at risk. This is one example of dozens that exemplify the risks to Maine’s livelihood, economy, and environment if we continue to rely on fossil fuels. Our coastal economy won’t need to worry about stricter environmental policies or offshore wind impacting their fishing sets because before long, the prime lobster or other fisheries habitat may shift to Canada based on its current trajectory. Just ask Massachusetts how their fisheries have changed over the last few decades. 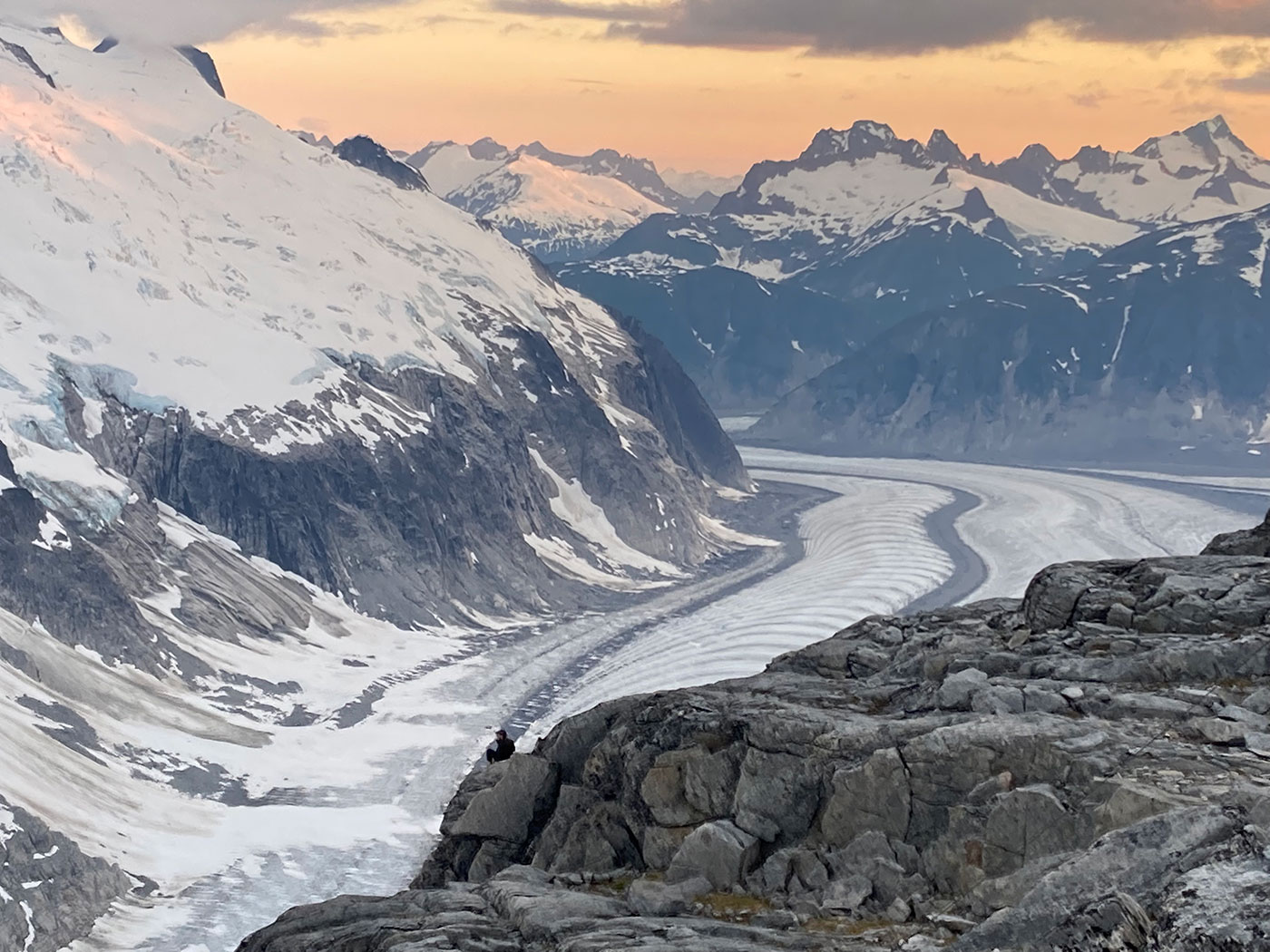 As Mainers, we must recognize and act on global issues influencing our local environment because we have much at stake. Protecting parts of the Arctic is perhaps one of the most valuable expressions we as a society can do to assure a healthy local and global environment for generations to come. Despite never seeing the Arctic National Wildlife Refuge (Arctic Refuge) myself, it is one of the last great wilderness regions on Earth and a testament to our ability as humans over the last few decades to preserve our natural environment. Protecting the Arctic Refuge as is not only preserves its wildlife, fisheries, and intrinsic scenery. It also cancels the risk of further natural gas and oil development, which is literally damaging our own Maine environment with every extracted drop. This concept should be one ideal that we all can get behind as Mainers, whether a conservative, liberal, Republican, Independent, Democrat, hiker, paddler, fisherman, or hunter. Preserving our last great wildlands from destruction and exploitation must be a priority for us all.

For more information about why the Arctic Refuge is at risk, check out the Natural Resource Council of Maine’s blog.

Author Bio:  Seth Campbell is an Assistant Professor in the Climate Change Institute and School of Earth & Climate Sciences at the University of Maine. He is also the Director of the Juneau Icefield Research Program, which is the longest operating Polar research and training program in North America. The views expressed here are his own.