The Time is Now for Tribal Sovereignty

The time is now to heal and fix how Maine interacts with the Wabanaki Nations that have existed in our homeland for thousands of years before Maine was a state or the United States of America was a country. The 1980 Maine Indian Land Claims Settlement and Implementing Acts have set up an environment of paternalistic and colonial rule of the state over the tribal nations, which has had a disastrous effect on our sovereignty and self-determination, but the good news is that we have a way forward. LD 1626, legislation sponsored by Assistant Majority Leader Rachel Talbot Ross and wholeheartedly endorsed and supported by the five Wabanaki Nations as well as a coalition of more than 100 allied organizations and businesses throughout the state including the Natural Resources Council of Maine, can restore fairness to the Wabanaki-Maine relationship 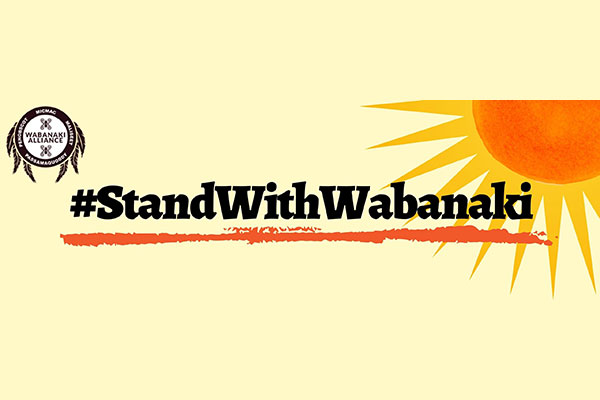 The 1980 act was the result of a lawsuit brought by the Penobscot and Passamaquoddy tribal nations and the federal government against the State of Maine because of land (roughly two-thirds of the state) that was illegally taken from the tribes because the treaties overseeing these transfers were not ratified by the federal government per the Nonintercourse Act. The Maliseet Tribe joined the negotiation process in 1979. The Micmac tribal nation is also federally recognized and have a community in Maine but were not part of this lawsuit although they are in the Wabanaki Alliance and have been in strong support of LD 1626.

The settlement reached in this lawsuit had some problematic additions by the Maine Congressional delegation. The tone of their negotiating was that they did not favor tribal sovereignty and did not want “nations within a nation.” In essence, nations within a nation is what federally recognized tribes should be viewed as.

In the settlement, there is language that courts have interpreted relegating the tribes to municipality status in regard to jurisdiction and control over tribal lands, resources, and people. There is also language that effectively blocks the tribes from having access to any federal legislation meant to benefit tribes. Since 1980 there have been approximately 150 such laws that we have been unable to access. These are laws like the Violence Against Women Act (VAWA) and the Stafford Act and the shutting out of the Wabanaki tribes from acts like these has created inequity and injustice in our communities. We were able to pass a state law extending VAWA jurisdiction to tribes in Maine, which is a great step forward, but the best way to gain access to these laws in a manner that respects and honors our sovereignty is by amending the federal settlement act. Other hardships caused by this act have been legal battles over water quality, lack of clean drinking water, costly and confusing jurisdictional issues, and not being able to take full advantage of our status as federally recognized tribal nations. This doesn’t just hurt the tribes, it hurts all of Maine.

If it was such a bad deal, why did we take it? This is a valid question. The tribal leaders that were negotiating this deal were faced with a lot of pressure to get something beneficial for our people who had been living under the lasting effects of colonization, attempted genocide, theft of land and resources, taking of children, and intergenerational trauma that takes many generations to heal from. The promise of any deal that would expand our land base and get resources into communities that were suffering from poverty and oppression was a risk the leaders saw hope in. They were also told that this agreement could be amended over time.

Now is the time to update and modernize the act.

LD 1626 is the result of a task force convened by the state government that included tribal leaders, bipartisan lawmakers, and representatives from the Attorney General’s Office and the Governor’s office. This historic and successful collaboration produced a slate of recommendations that seek to amend the settlement act and restore much of the self-determination and self-governance to the Wabanaki. A majority of these recommendations are included in LD 1626, including areas of criminal jurisdiction, civil jurisdiction, fish and game, land use, natural resources, taxation, and access to federal laws. Tribal gaming under the Indian Gaming Regulatory Act was a task force recommendation but was run as its own bill last year and not part of 1626. The gaming bill was sponsored by Rep. Ben Collings and passed the Veterans and Legal Affairs Committee, House, and Senate, but was vetoed by Governor Mills. The governor has since expressed interest in negotiating on tribal matters and those talks are ongoing.

LD 1626 has a public hearing in the Judiciary Committee on Tuesday February 15th with work sessions to follow. We are hopeful for a positive committee vote and success in both chambers.

We have worked tirelessly through our tribal leaders and communities, the Wabanaki Alliance, and broad coalition of support that includes environmental organizations, faith groups, businesses, private individuals, lawmakers, and advocates for justice of all kinds. We have been so honored and impressed by the level of support for tribal sovereignty in Maine. After a long and painful history we can feel the shift, and we know that we stand on the shoulders of our ancestors who cared for these lands and our people under immense suffering and persecution. We know that our identities and culture that are at the core of our values and connections have survived and persisted because of the strength of their spirit as Wabanaki people. We keep reaching for fairness and equity because we feel that same spirit and know the pain and sacrifices of those who walked before us. We are nourished by those sacred reminders and we are thankful that so many friends and allies stand in solidarity with us in what could be a promising new beginning for the Wabanaki and all Mainers. 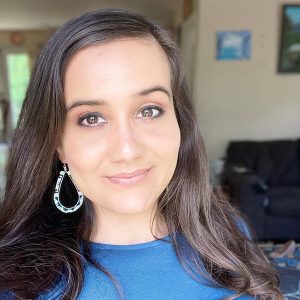 Penobscot woman Lucy Nicolar Poolaw cast the first vote allowed on the Penobscot reservation in 1955. We would not have the right to vote in state elections until 1967 (Maine was one of the last states to pass suffrage for Indigenous citizens). The institutionalized racism validated and upheld by government policy is not ancient history, and in many ways it is ongoing. As a Penobscot woman and tribal leader in 2022 with two daughters and one more on the way, I think about what Lucy must have felt that day. The pride and excitement for being able take part in democracy but also the shame and sadness about the system that had held her people down. The balance of wanting to better the lives of her people but the stress of the unknown and not wanting to be taken advantage of or further harmed. Much has changed, and much has stayed the same since she cast her historic vote.

Please see WabanakiAlliance.com for more information on how you can support LD 1626 and ongoing efforts of the Wabanaki Tribal Nations.