In late September 2020 the Maine Public Utilities Commission (PUC) approved 17 Maine-based renewable energy projects that are expected to generate more than 535 MW of electricity, support 450 construction and 30 permanent jobs, and reduce the state’s greenhouse gas emissions by more than 500,000 tons per year.

The PUC’s action was the largest procurement of renewable energy in Maine’s history, according to Governor Janet Mills. It is an exciting and important milestone for a major ramp-up of local clean energy development, as required by the bipartisan climate action and clean energy bills that were signed into law in 2019. The Natural Resources Council of Maine played a key role in leading a coalition of Maine residents and businesses to get these bills passed. These projects combined will bring us one step closer to realizing a clean energy future that works for all Mainers. 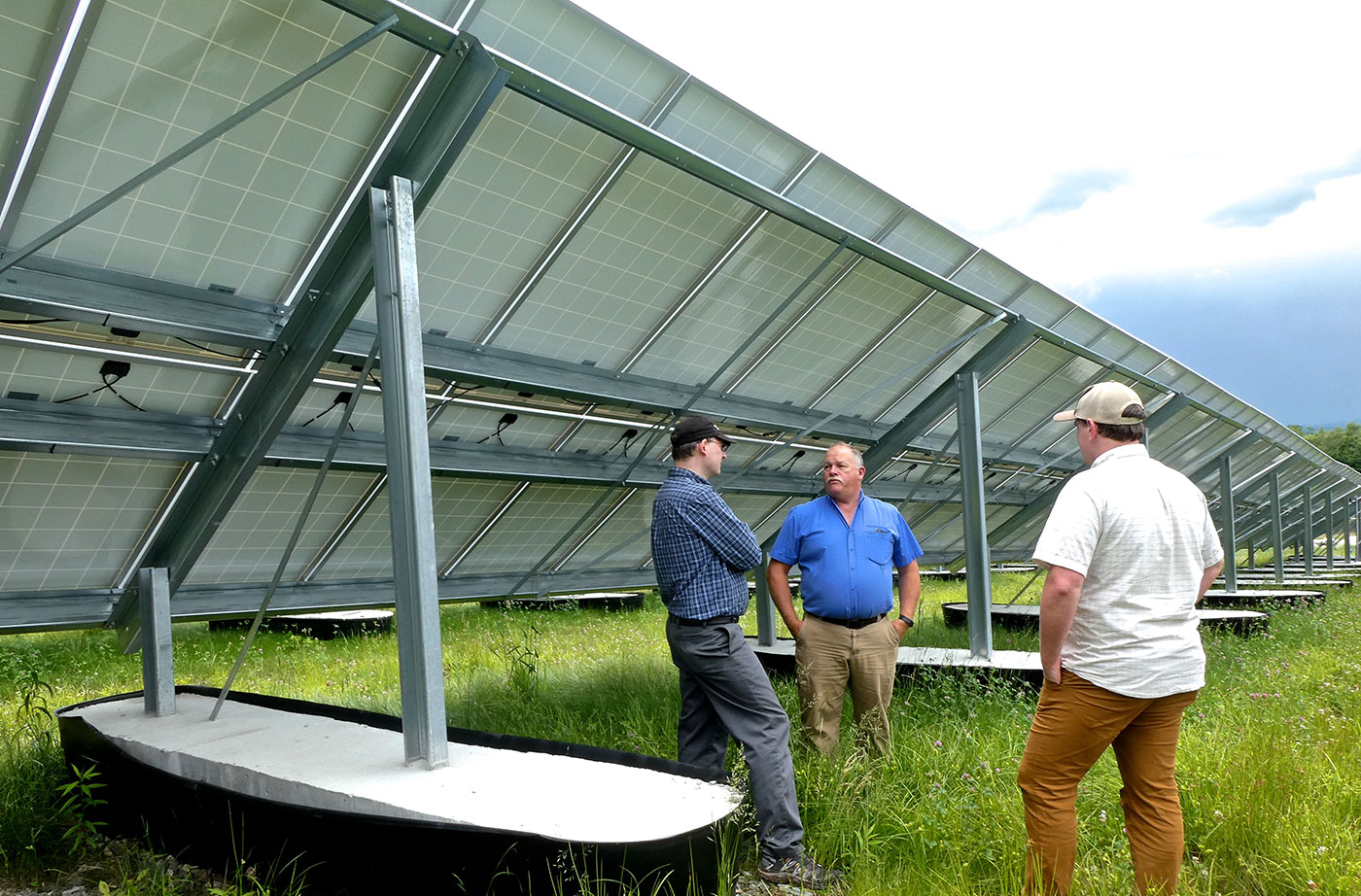 These renewable energy projects will have a positive ripple effect on our economy as well. Capital spending is projected to exceed $145 million; ongoing purchases of Maine-based goods and services are likely to be greater than $3 million annually; and annual tax and host community payments are estimated to be $4.7 million per year for the 20-year term of the contracts.

The procurement for this round of projects was triggered by the expansion of Maine’s Renewable Portfolio Standard in 2019 to require that renewable energy resources must account for 80% of electricity sales in Maine by 2030, and 100% by 2050.

The 17 projects were selected through a competitive process conducted by the PUC and evaluated based on the expected value they will provide to Maine consumers and the state’s economy. The selected winners will enter into 20-year contracts with one or both of Maine’s electricity utilities: Central Maine Power Company (CMP) and Versant Power.

PUC staff will work with the developers of the renewable energy projects to aid in finalizing contracts. The projects will be subject to final approval by the PUC and be reviewed annually to ensure they are achieving the benefits projected by the developers in their bids. In the event a project does not meet its committed benefits, the contract price may be adjusted downward. The projected first-year prices for energy from the new projects are very competitive, ranging between 2.9-4.2 cents per kWh.

This is the first of two rounds of procurement bids that will be managed by the PUC and represents a big step forward for Maine’s transition to powering the state’s businesses and homes entirely by clean energy.

As I told the Portland Press Herald, “Maine’s most secure, stable, and affordable future is one in which residents and businesses get electricity entirely from clean energy sources generated here in Maine, and supported by innovations like batteries, a modern electric grid, and continued investment in energy-efficient homes.”