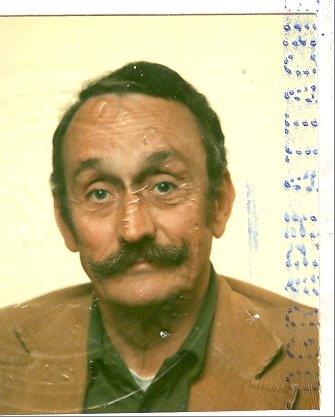 My dad, Clarence E. Gray, lived in Maine from the time he was a teenager and had to drop out of school and go to work in the Westbrook paper mill to help support his family. Later he was drafted into WWII, and before shipping out, worked in the shipyard in South Portland. He had deep roots in Maine going back to the 1600s, mostly in York and Cumberland counties. He continued his Yankee ways, including self-reliance, inventiveness, and thriftiness, for the rest of his life (although my mother blamed the latter on his also having Scottish roots!), most of which was spent in California where he took a job after I was born. He and his brother used to kid each other about moths flying out when they opened their wallets!

From California he would order clothing from L. L. Bean, sending shoes back to be re-soled, and when the shoes got too worn, getting a new pair and saving the old ones for yard work or other dirty jobs. He looked funny working outside in his old dress shoes! He planted a vegetable garden every year and encouraged me to help, allowing me, even as a young child, to select vegetables to plant and even to have my own beds to care for. I did swear off beets and Swiss chard for some time, though, because they were so successful they appeared too often on my dinner plate, a pile of them, boiled and plain. I love them again now but these days they appear in stews, tacos, and stir fries.

When I came home one day after learning about recycling at school and told my dad that we should recycle our glass, cans, and paper, he was on board immediately. He did not like waste and was a good re-user. He was a link to a generation that reused things out of necessity and because there simply weren’t disposable paper and plastic items. When I was small, we did use paper napkins, as did many American families, but when I got older we switched back to cloth.

As with shoes, when a shirt or pants got worn my father would either wear them to work on dirty projects like gardening or car repair, or tear them up into rags to keep in the “rag bag,” where we continued to retrieve them for cleaning up spills, long after other people were mostly using paper towels. He saved lidded containers, in which he would keep screws, washers, and various other hardware; pieces of old canvas and other fabric, which would become cases for tools or toiletries thanks to an old heavy-duty sewing machine; and scrap metal, which would be welded into various things, such as a pipe cutter he fashioned using an old electric motor he scavenged. Dad did all of the maintenance and most of the repair work on his vehicles, including installing a new engine in his pickup truck, and even fabricating a specialized tool for a particular repair instead of taking it to the dealer who had the only tool to do the job.

So, my dad’s ethic of not wasting has had a profound effect on me. I was proud of the things he made— including a book bag for school that he sewed out of military canvas and leftover upholstery. I enjoyed teasing him when I saw him in his workshop— “what are you inventing now?” The mindset of not wasting is so ingrained in me that I stockpile glass and number one plastic until I can find places to recycle them because they are not accepted by my town’s recycling program (however, that may change soon!). I used paper towels for a while when I was younger, but I realized that I really don’t like the waste. So now each sink in the house has a neat little stack of folded rags in the cabinet below, made from old flannel nighties, shirts, whatever.

It is fun for me to think of what my father would do with things others might throw away. Old sheets don’t go to the trash, they become painting drop cloths, covers to protect plants from freezing, or giant rags. Like my dad, I (and my husband) compost kitchen scraps and garden cuttings and raise veggies in our yard. He also taught me to save my money to buy good quality products that last instead of things you have to discard after a few years.

I am not as creative as my dad was but I do patronize local craftspeople who recycle and “upcycle.” A favorite is “One Woman Studio,” run by Ellsworth craftswoman Julia Ventresco, who creates many different types of bags made of salvaged feed bags, seat belts, and fabric among other things. She also makes fashionable skirts out of cast-off t-shirts!

I shop at second-hand shops, which my dad didn’t really do, except if you count junk yards, so feel like I am expanding a bit on this aspect of his legacy. Once he took that job in California, he never had to scrape for a living again, but kept his thrifty and creative ways because it was what he liked. Many people collapse on the couch after dinner, but he would often go out to his workshop in the garage and work on projects. He also made his own mailing envelopes of various sizes out of old shopping bags, which I do now too, but I use old calendar pages or maps to make them more interesting.

I feel a real satisfaction when I use a rag from one of my piles under a sink, and when I use one of the tools I inherited from Dad or solve an issue without buying something. I think of him whenever I am making a decision about a major purchase or deciding how to fix something. And I do get creative once in a while— a local weaver helped me make a rag rug out of my dad’s old khaki pants and colorful shirts that I couldn’t bring myself to throw away. I love seeing the cats run and slide on it!