Reflecting on a Summer Interning with NRCM

I distinctly remember my phone call with Lisa Pohlmann, CEO of NRCM. Beforehand, I made some mental preparations, assuming I’d be asked to discuss how my interests and proficiencies qualify me for an intern post. I had gotten to know NRCM more by visiting their website, too. I had read some blogs, played with the Explore Maine Map, and glanced at some Creature Features. The call was to be my first interaction with a live person at the Natural Resources Council of Maine.

There was just one problem: the more I thought about it, the more I realized I hadn’t the first clue about environmental advocacy. Sure, I knew it existed, and I knew conceptually what it was about, but all of a sudden it dawned on me: I’m showing up to a gunfight with a butter knife. The next thing I know, I’m on the horn with the CEO, who, after a pleasant introductory exchange, promptly asks me the aforementioned question.

I began speaking, and it was going well for the first 30 seconds until I felt myself losing traction (it could have been because I had 30 seconds worth of environmental advocacy knowledge, but I don’t know). It was then that Lisa—probably thinking “yikes”—politely informed me that NRCM already had an advocacy intern (many thanks, Noah!), and that she was curious if I would be interested in a Public Affairs and Communications role.

I am a rising senior at Bates College studying Philosophy and Sociology. But where does the environment fit in, Henry? Great question, and the answer is, it doesn’t—at least, I didn’t think so at first. This summer, Allison, my supervisor, sage, and guiding light, had a comprehensive list of tasks for her first intern. I wrote success stories, a book review, a staff pick, and an Explore Maine feature. Other sundry tasks included drafting Facebook posts for Levi and Beth, phone banking with Kristin, proofreading the newsletters, and cataloguing NRCM’s web-based Creature Features. For some bigger projects, I researched and wrote descriptions for dozens of Land for Maine’s Future (LMF) places for the Explore Maine Map and did the same for ADA-compliant and accessible-to-all outdoor locations for it. I also scoured Excel files for calendar quotes, reaching out far and wide to NRCM’s extensive member network. With the line twirled around my finger, the phone tucked into my chin, and my feet up on th—, I developed formal and informal relationships with Maine land trusts, conservancies, and alliances as well as with NRCM and NRCM Rising members.

Two major themes consistently hummed in the back of my head this summer. The first was that being valuable means being motivated. I witnessed hard work be rewarded, and I began to understand the excitement of having original work and ideas contribute to the team. I’ve thought plenty about the concepts of vocation and paid labor, and reasons why they exist in a society; in fact, I’ve written papers about it. But what papers and lectures can’t do is tangibly relay the feeling one gets from providing value, and from seeing that value affect the cause. However small, I felt some of that. It felt great, so great that it almost motivated me to have a career of my own when I’m older. 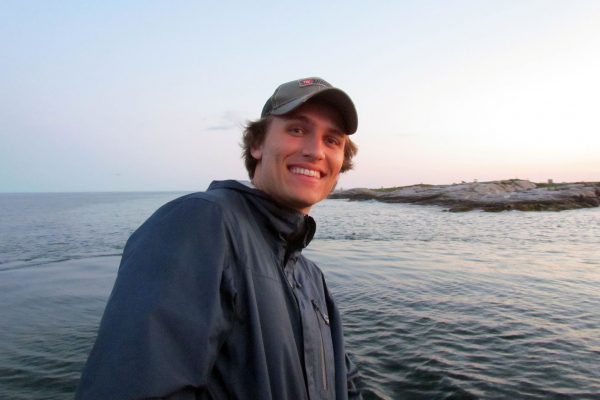 The second was that NRCM, Philosophy, and Sociology are actually kind of buddy-buddy. Philosophers contending a philosophical principle, sociologists presenting empirical data, and NRCM willing their way to legislative victory all have one thing in common: the formulation of a sales pitch. I’ve spent three years now learning the argumentation styles in Philosophy and Sociology. As is the case with all disciplines, they are unique in presentation. Things are said in a certain order, in a certain way, and for certain people. So when Pete brought me to the State House, and he started making his rounds to the Senators and House Representatives, I realized it was no different. He knew when, what, and how to make his pitch.

But of course, this goes for the entirety of NRCM. Social media posts, email blasts, success stories, blogs, features, and legislative report cards—just to name a few—all have a curated format that best complement NRCM’s master pitch. Thus, this summer I was introduced to a new style, particularly a new writing style. I used it in all of my work, and I plan do so in the future as well. The writing and communicating I did this summer was concise and, in a way, journalistic. Everyone knows that people don’t have all day to listen to sales pitches; they want the crux, on the rocks, with no fluff. I learned that when I was phone banking to urge support for the EPR for packaging bill and a woman on the phone said, “Say that all again, but in one sentence.” I also learned that while drafting descriptions for LMF sites; people want to see history/facts, where it is, and what you can do there in 6-10 dense sentences. Boom. Done (except those took me three weeks).

Now, some important thank yous. Thank you to Abben (and Codi) for always opening the front door for me. When Abben asked me who my favorite philosopher was, my knees buckled. Thank you to Caitlyn for helping with the calendar quotes. Thank you to Kathy for the sweet office set up—they really spoil their interns over here. Thank you to Leisa for her IT sagacity, particularly for the smooth transition to remote work in July. Thank you to Pete for letting me tag along at the State House (twice). It was surreal sitting inside the Senate and House chambers. I witnessed Senator Rick Bennett’s sizzling rhetoric as he exposed CMP’s foreign chain of command in an effort to sway his fellow senators in favor of the COU bill. Thank you to Beth for being a beacon of positivity and humor, and for being so responsive. If it weren’t Beth’s 50th birthday, I wouldn’t have had the excuse to bring in a guitar and eat cake (I didn’t get much done that day). Thank you to Allison for making me feel like a part of the team. The day she said, “There are no dumb questions,” I knew everything would be all right. I won’t forget the two or three times I walked over to her office at 3:45 to ask a quick question only to realize it was 4:30, at which point we were talking about parenting styles and Joni Mitchell’s “Ladies of the Canyon” album. I also got to know Allison’s son, Evan, who is a rising sophomore at Bates. I’m sure he and I will be gossiping behind her back down the line.

For many years of my life, I enjoyed the fruits of nature that are protected for me behind the scenes. If everyone could see the level of dedication and fervor environmental advocacy demands, their appreciation for the environment would find new heights. Having now glimpsed at the political side of cascading brooks and mountain majesty, I’ve come to understand the full value of the work done at NRCM. Thank you to everyone for a wonderful learning experience.