Reducing Waste One Cup (of Coffee) at a Time

On April 2, 2019, Tandem Coffee Roasters launched an ambitious initiative to drastically reduce waste at both of their locations in Portland. The company has lowered all drink prices by 25 cents and started charging customers 25 cents if they need a single-use cup for their drink order. The main intention is to get people thinking differently about daily single-use material waste with the goal of reducing single-use paper consumption by 30 percent over the next year at both of its locations. Within the first week of the change, Tandem’s initial numbers showed a 28 percent reduction in single-use cups compared to 2018. Tandem owners, Will and Kathleen Pratt, guest blog for us this week to talk more about this effort: 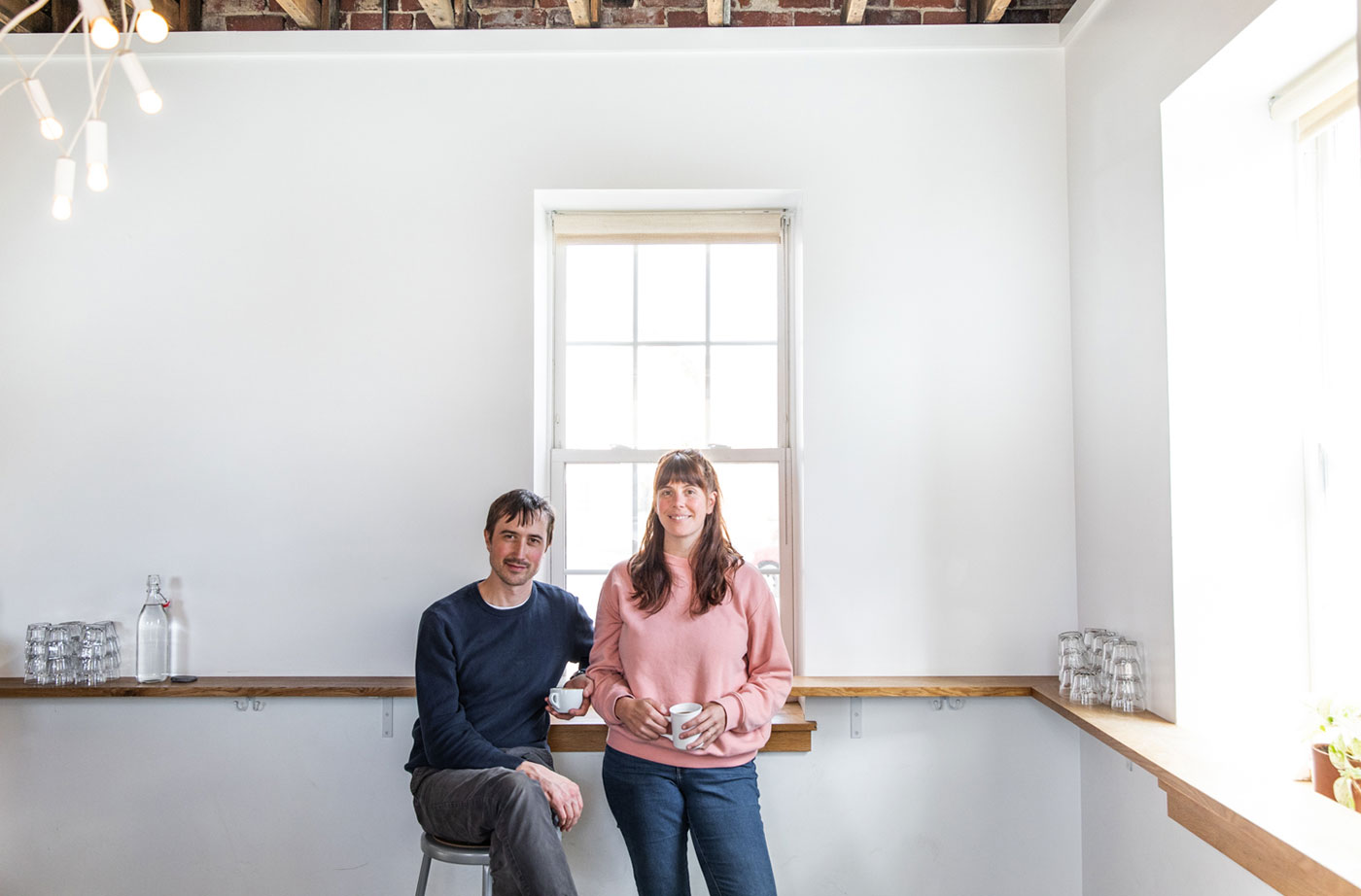 Tandem has always tried to be an environmentally conscious company since we opened in the summer of 2012. We started without any environmental plans or policies, relying merely on our best intentions. We recycled. We composted. We offered metal spoons instead of stir sticks. And, really, that was about it. Our minimal environmental impact was mostly due to our nominal sales. We weren’t profitable for the first three years in business, which impacted some of our environmental decisions as well. Compostable cups cost about three times as much as non-compostable cups, for instance. As soon as  sales started to pick up in 2015, it became hard to turn a blind eye to all of the waste that our company was now creating—we’re  talking cups, lids, plastic wrap, coffee bags of all types, grain pro bags, burlap bags, not to mention all sorts of other packaging. In fact, we were so successful that we had to get a bigger dumpster at our roastery. This does not even account for all of the single-use to-go cups and boxes that were disposed of off premises. 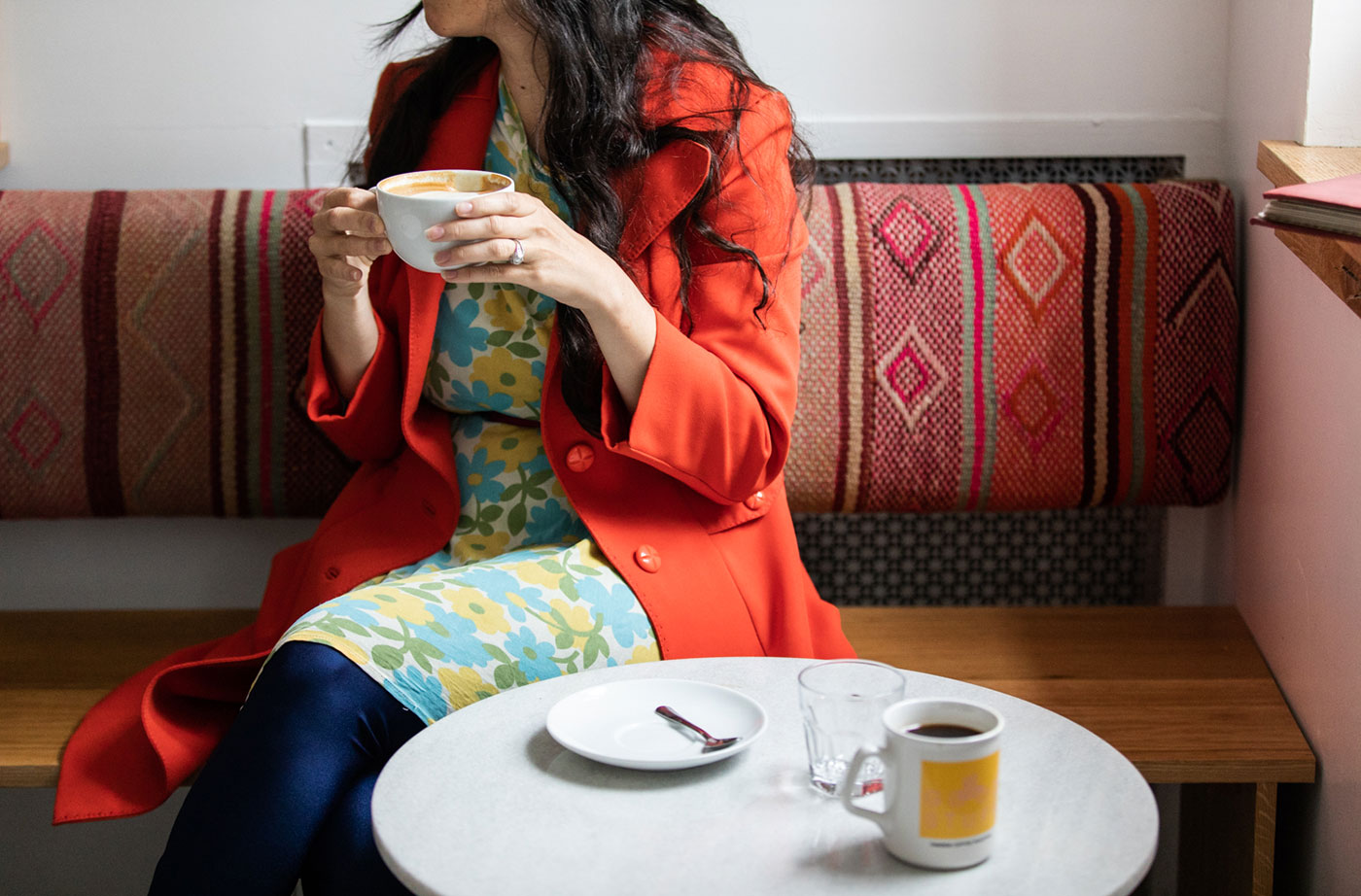 Does more success always mean more trash? We believe so. However, there are small but impactful changes we can all make if we just take the time to look around and consider the possibilities.

The nationwide “Skip the Straw” movement gave us and many other cafes an easy roadmap for shrinking our environmental impact. We jumped right on board by designing and selling (at cost) branded reusable stainless-steel straws and will be switching to paper straws this spring. Other coffee companies have taken similar measures. Even Starbucks has promised to get rid of straws by 2020. That’s coming up!

Despite best intentions, the straw campaign gave us little sense of accomplishment. Why stop at straws? We needed to do more. We declared that Tandem was going to get rid of single-use cups altogether. Our customers are pretty used to us doing weird things so we felt it could work. We talked through the plan at many manager meetings but could not, and still can’t, figure out how to solve the unprepared tourist problem: “What do you mean I need to bring my own cup? I just waited in line for 20 minutes!” They kind of have a point. 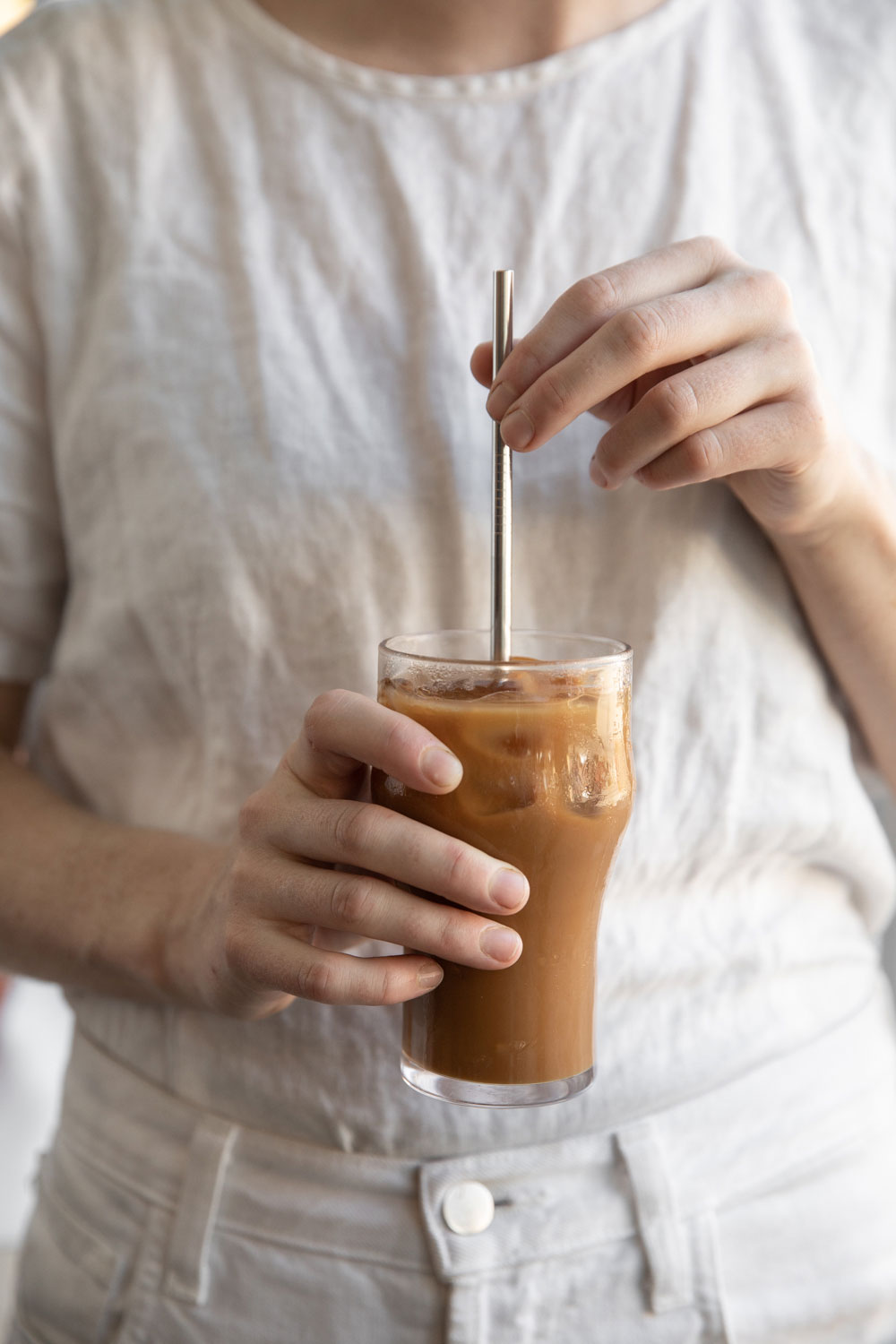 With no solution in sight, we temporarily tabled the Tandem single-use cup ban. We still needed to do something, though. We finally drew our inspiration from the success of Portland’s bag ordinance, which gives you five cents back for every reusable bag you fill at the grocery store. We have found this to be extremely effective. Not because of the five cents we save, but because of the question that cashiers were now asking: “Do you need a bag today?” That question is just a gentle reminder that we have options. It has also led many of us to have backseats and trunks full of reusable tote bags. Isn’t that great?

Tandem has always given 25 cents off when someone brings in their own reusable cup. Unfortunately, that incentive has never really had much of an impact so we’ve decided to turn that policy on its head.

On April 2, we dropped all of our drink prices by 25 cents at both of our cafes. At the same time, we also started charging 25 cents for single-use compostable cups and asking customers, “Do you need a cup today?” Customers who need single-use cups will be charged in total the same price as before. All that’s changed is the expectation. By building the cost of the cup into the price, Tandem has been expected to provide the cup. By pulling the cost of the cup out of the price of the drink, the customer will now be expected to bring the cup. 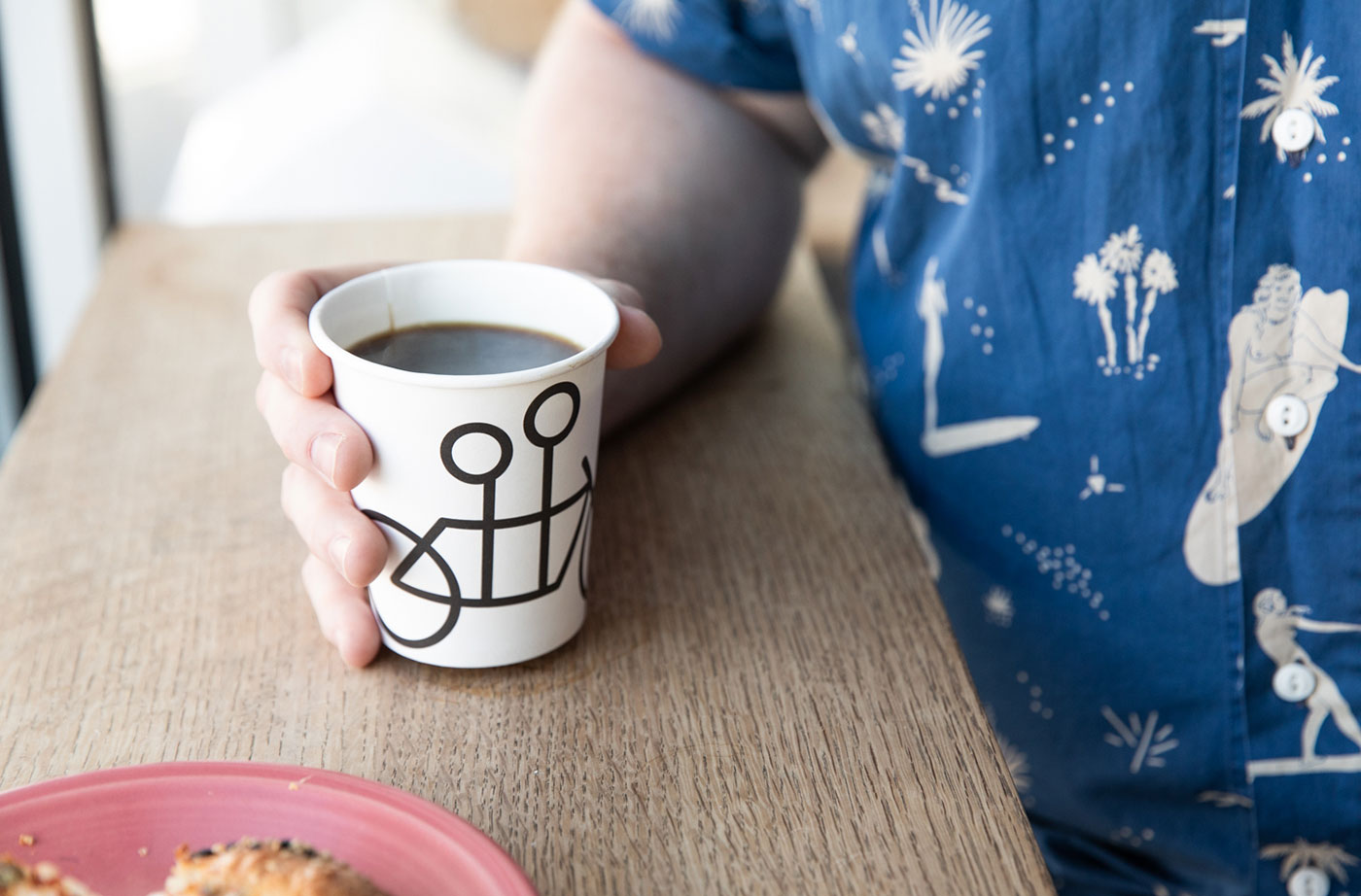 The customer reaction to the new policy has been overwhelmingly positive. We have seen so many more people with reusable cups. We’ve even had people who forgot their reusable cup, change their plans and instead, get their coffee “for here” in a ceramic mug! Not only have customers been excited to be a part of something like this, we are also seeing success in the numbers as well. Only 42 percent of drinks were served in a single-use cup during the first week of the new campaign. That is compared to 70 percent that were served in 2018. Ultimately, we still plan to phase out single-use cups altogether and judging by this initial success, we believe our customers will support it. 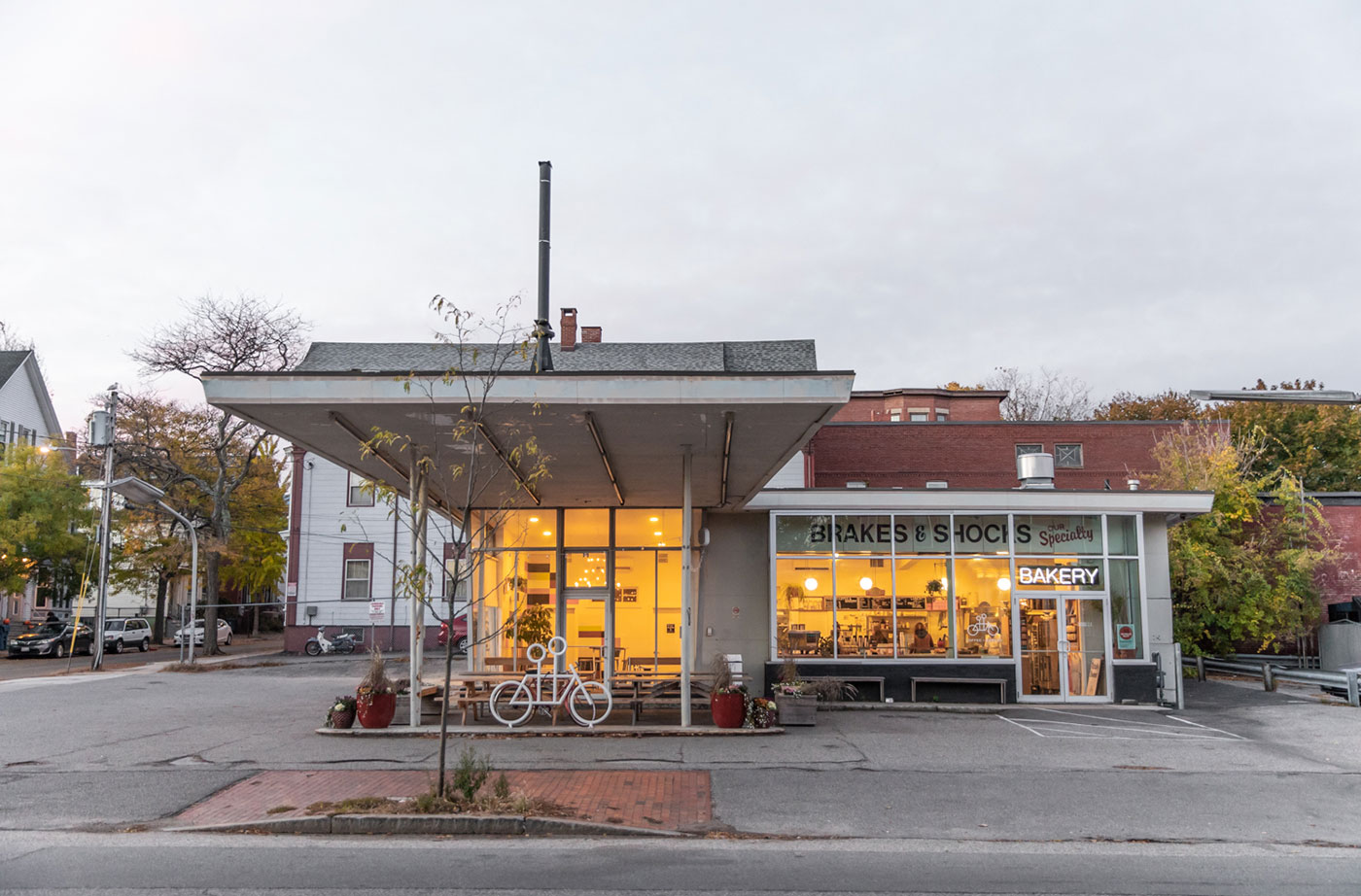