Spring: Day 3 on Fifth Pond, the Headwaters of the St. John River

On Day 2 of our spring trip, Brian and I split up for a few hours. Brian had had great luck catching brook trout below the old dam, and I wanted to search for arriving migratory birds, especially warblers. 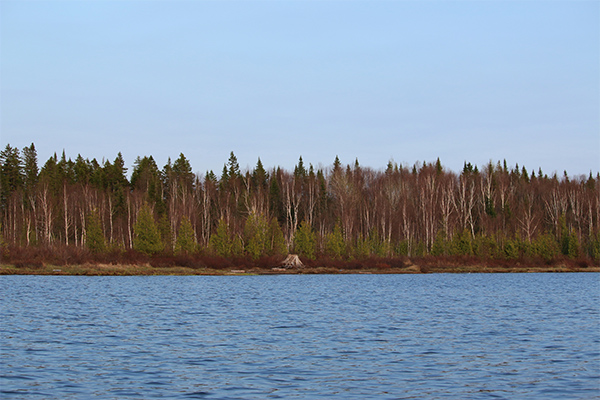 The shoreline of Fifth Pond

The colorful, palm-sized species journey hundreds and thousands of miles north to nest and breed in the Maine North Woods. The morning of the third day, I woke up early to search for them again.

To begin, I walked slowly on the old, puddle-filled road that connected our campsite to the “main” road. Much of the area around me had been cut, and the trees were both young and crowded.

For many warbler species, those conditions work just fine! A flock of Yellow-rumped Warblers chirped not far from the campsite, a Black-throated Green Warbler flitted in the still-bare deciduous twigs high overhead, while a Magnolia Warbler emerged from the depths of an evergreen stand just long enough for me to snap a photo before it dove back in. By the end of my walk, I had added a Common Yellowthroat, Northern Parula, and Chestnut-sided Warbler to my list.

The water level was low enough on the pond that I could easily walk across the sandy and rocky edge. I loved the early green of the trees, the white bark of birch trees shining against the dark background of the woods. A Northern Waterthrush (another warbler species!) bounced among the stones.

As always on these expeditions, eventually we had to leave. After packing up and heading out, we stopped at a few stream crossings to fish and explore. Brian had less luck with fish, but I found a camouflaged Ruffed Grouse and took the best photo of the trip: a close-up look at skunk cabbage leaves sprouting in the damp earth by the banks of the water. Despite their name, they are bright, beautiful plants! 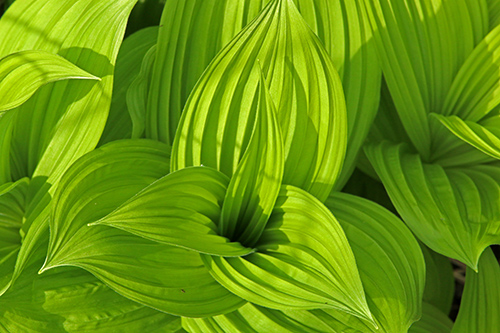 The days had flown by and were gone. Watching the North Woods change with the spring season has giving me a deeper understanding of the region, and I still had the summer trip to go!