In January 2020, Wolfden Resources (Wolfden) submitted a rezoning petition to the Land Use Planning Commission (LUPC) for a metal mine at Pickett Mountain (primarily zinc, lead, and copper) on 528 acres near Mount Chase, not far from  Baxter State Park and the Katahdin Woods & Waters National Monument.

Unfortunately, on July 27, LUPC deemed Wolfden’s application for rezoning complete for processing in spite of its many flaws. This means that Wolfden is a step closer to getting its property rezoned for mining, which NRCM strongly opposes.

What I have seen from Wolfden so far really worries me, as I wrote in a letter to LUPC in June. I strongly urge Maine people to weigh in with LUPC to oppose the rezoning. LUPC is taking comments at Wolfdenrezoning.LUPC@maine.gov. There will likely be a public hearing on the rezoning in the mid- to late-fall, and NRCM will be in touch about this issue many times between now and then. 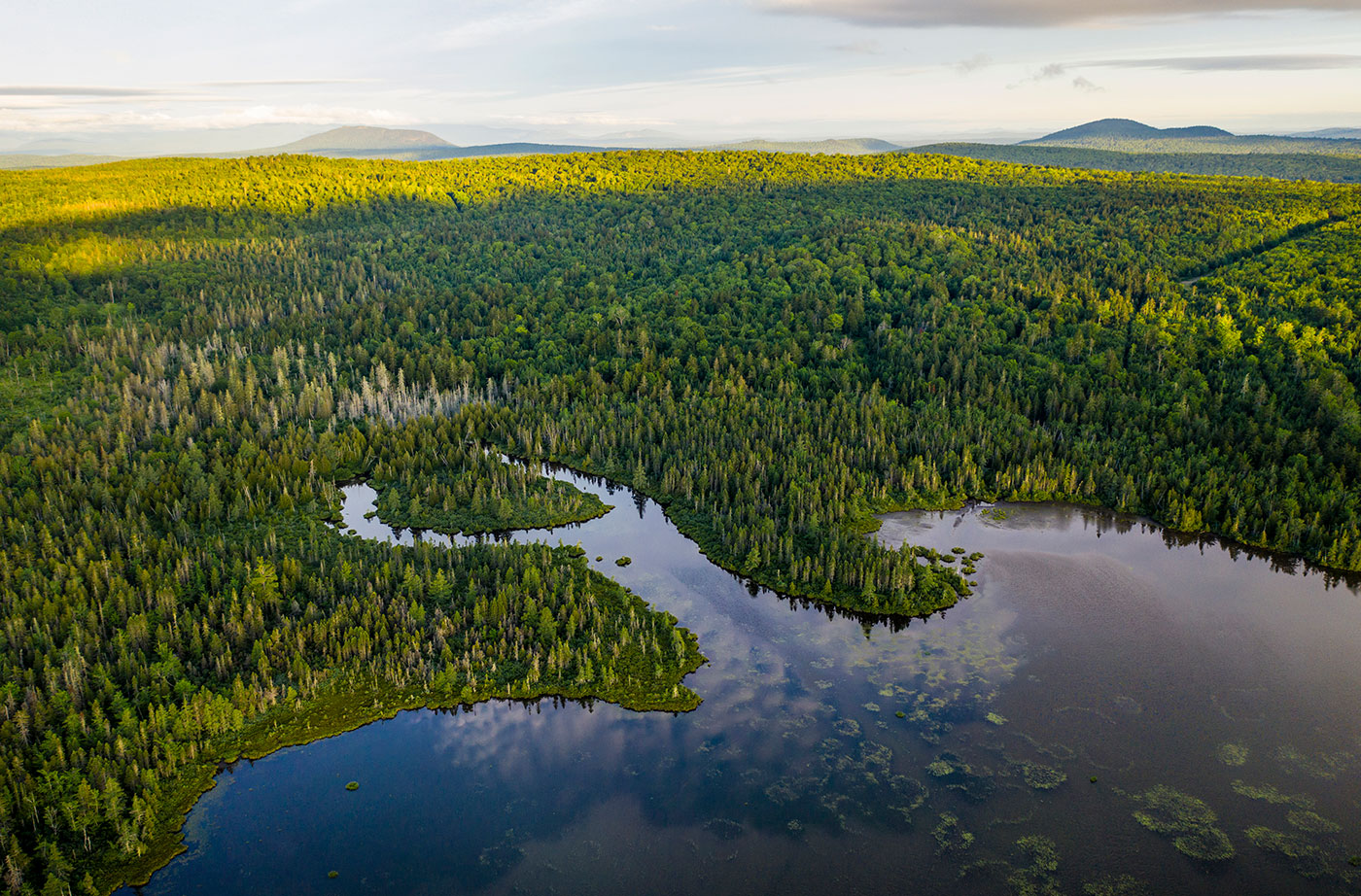 Metal mining is one of the most damaging industries on earth. The types of deposits in Maine could result in hazardous mining pollution that persists for centuries due to high levels of sulfur and toxic metals. This combination is lethal when sulfur in mining waste or ore is exposed to air and water, creating acid. The acid can contaminate streams, killing aquatic wildlife, and it releases toxic metals, such as lead and arsenic, that can harm aquatic plants and animals as well as people.

As part of its plan, Wolfden is proposing to build a full-scale mill and ore processing facility on site.  What this means is that the company would produce ore concentrates using floatation tanks. This is a very dangerous process because it creates toxic mine tailings that need storage in perpetuity—essentially, forever.

Maine has the most protective mining law in the country. The Natural Resources Council of Maine (NRCM) worked for five years to accomplish this. So did other environmental groups, many lawmakers, members of Maine’s tribes, and people from across the state who testified at countless hearings. People from Aroostook County who did not want to see a Bald Mountain mine destroy their rivers played an especially important role in this fight.

NRCM believes that Wolfden would not be able to meet the very strict requirements of Maine’s mining laws and therefore should not receive its rezoning. Wolfden is making unrealistic claims about its abilities. Because there are no streams near the proposed mining site that are large enough to put in wastewater discharges (Maine law prohibits discharges in streams with watersheds less than 10 square miles in area), the only option would be for Wolfden to  discharge to groundwater, a precious resource that quickly makes its way to streams, rivers, and lakes. The Department of Environmental Protection (DEP) has told Wolfden that the company must treat wastewater to be as clean as natural groundwater. Wolfden claims it can do this, but no one should believe the company. At a meeting with Wolfden last February, I asked its staff for an example of a wastewater treatment plant that can do this at a mine with on-site ore processing. They could not provide me with this information. I asked them again in a follow-up email. Again, no response. 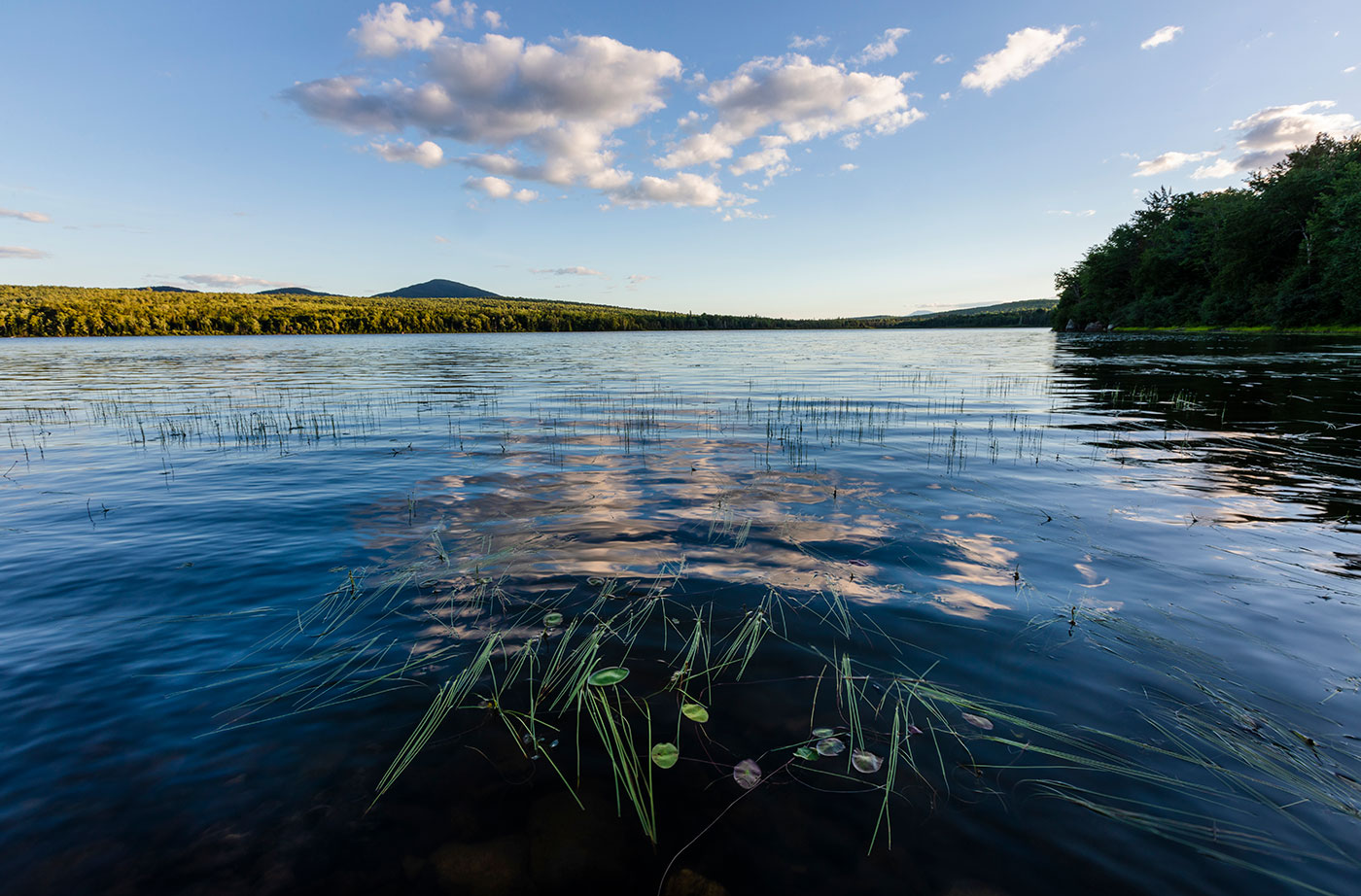 LUPC has also repeatedly asked the company for an example of a mine with wastewater treatment comparable to the performance that Wolfden has boasted about. Wolfden has not provided this information in response to LUPC either. Instead, staff provided some vague data from the Halfmile Mine in Canada, which does not process its own ore. That means the wastewater treatment plant there has a much easier job than a treatment plant would at Wolfden’s proposed mine. The Halfmile Mine only has to treat water that contacts mine workings, but a treatment plant at the Wolfden Mine would need to also treat wastewater from ore processing. This wastewater would be much more toxic than contact wastewater from a mine with no onsite ore processing. Wolfden has not even provided LUPC with the specifications for the reverse osmosis machines it says it plans to use to treat wastewater, despite LUPC having specifically asked for them.

Wolfden also fails the financial test. Maine rezoning rules require Wolfden to show that it has the financial capacity to complete a complex and expensive project. It does not. Because mining is a such a demanding and dangerous industry, only companies that have strong financial positions can do the job well. Wolfden’s finances are not strong. This is its own financial statement from its initial application:

Funding for the Pickett Mountain Mine project to date has been a combination of small equity raises and timber sales from the property. Wolfden’s share price will be an important factor for its ability to fully finance the construction of the project. Wolfden continues to trade at a discount to many of its peers because investors have their doubts about Maine’s willingness to issue mining permits. We anticipate that this trend will continue for the project until milestones like the rezoning have been achieved and the project is proceeding well through its baseline studies.

This is not a description of a company with good prospects for making a billion-dollar investment, which is what the proposed mine would cost. Maine cannot afford to have mining companies here that would work on the cheap and leave Maine taxpayers paying cleanup costs. The world is full of examples of disastrous, contaminated mining sites that will cause perpetual pollution because the companies involved did not have the resources necessary to mine safely or pay for cleanup. Wolfden has every appearance of being one of those companies, and Maine’s environment and taxpayers would suffer because of it. 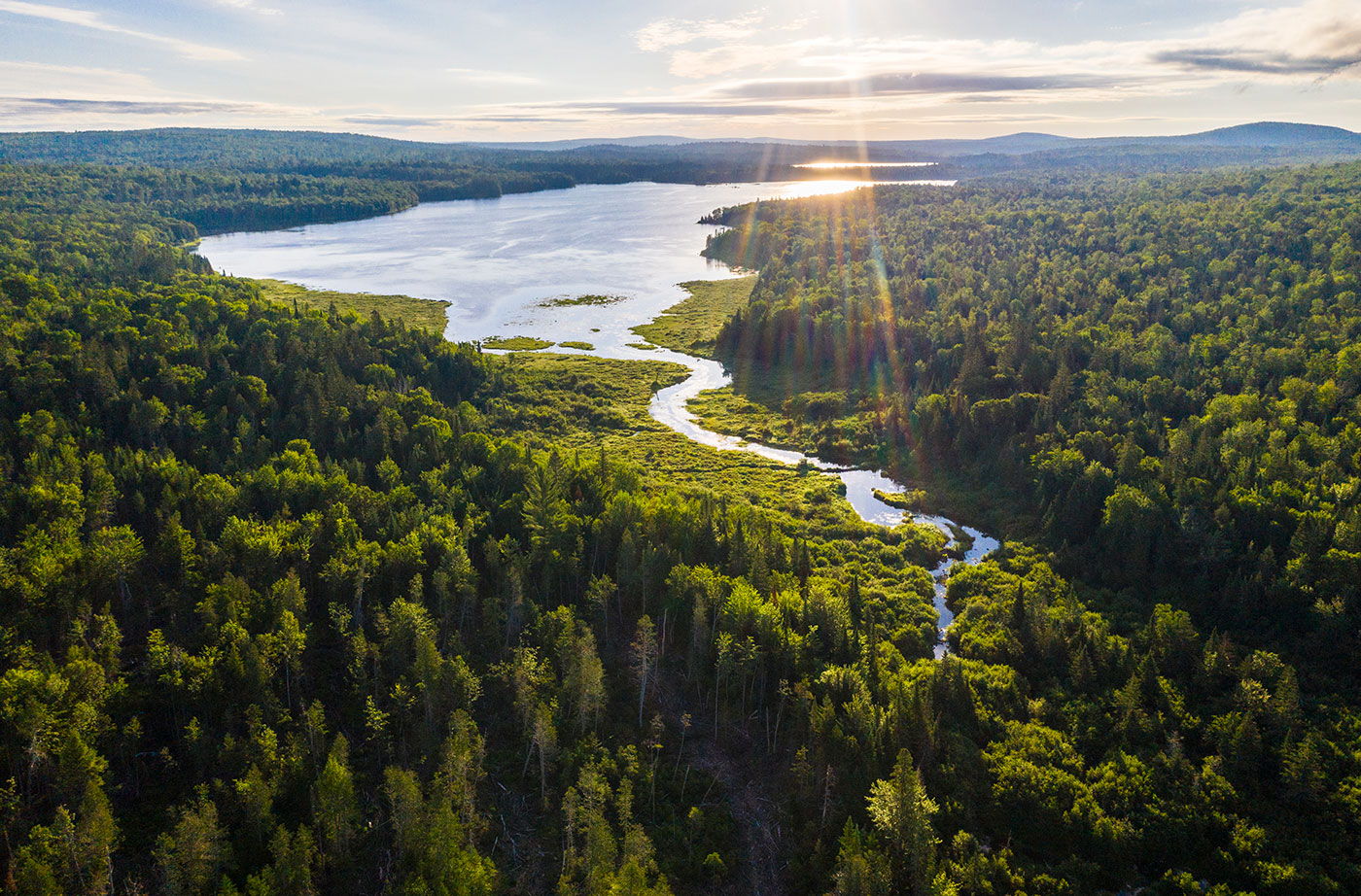 An aerial view of Pleasant Lake by J.Monkman/NRCM

The fact that Wolfden appears unable to demonstrate financial capacity should not surprise anyone. Wolfden has never successfully developed a mine, and it has never made a profit from mining. The Portland Press Herald stated the following in 2017:

According to the company’s statement, Wolfden is a mineral exploration company with interests in Manitoba and northern New Brunswick. Corporate filings show that the company has yet to move from exploration to actual mining at any of the sites. The most recent quarter report stated that Wolfden has lost more than $17 million (U.S. dollars) since 2009, including more than $800,000 during the first two quarters of 2017.

Wolfden’s proposal is also troubling because the company does not appear to understand or respect Maine’s mining law and rules. Wolfden has repeatedly proposed disposal of tailings paste in closed mine tunnels and shafts. LUPC has repeatedly told Wolfden that this is not allowed under DEP’s Chapter 200 mining rules, but the company still has not removed reference to this disposal technique from its rezoning petition. NRCM also discussed this issue with Wolfden at our February meeting. When we told them that this dangerous technique is not permitted here, one of the Wolfden staff stated that Maine’s rules were poorly thought-out on this front. We informed him that Maine’s mining laws and rules took years to craft and that DEP specifically prohibited this practice because of the high risk of contamination it poses to groundwater.

Wolfden has clearly shown it cannot provide honest and timely information, and that it does not understand or respect Maine’s mining laws and rules. Wolfden also has not demonstrated the financial resources to mine safely.

We need Mainers to tell LUPC that it should reject Wolfden’s application for rezoning because the company has no prospects of being able to operate their proposed mine without seriously damaging Maine’s environment.

As NRCM continues to track this issue, I encourage you again to make your own voice heard by sending an email to the staff at LUPC stating your opposition to the rezoning. Please send your comments to LUPC at Wolfdenrezoning.LUPC@maine.gov. Thank you!