My Summer Internship with NRCM

Today is my last day of work as a summer intern for the Natural Resources Council of Maine, the conclusion to a wildly enjoyable summer. I am a rising junior at Bowdoin College studying English and Environmental Studies. NRCM provided an incredible and unique opportunity to marry the two disciplines, allowing me to focus a lot of my time, especially in the latter half of the summer, on writing blog posts or drafting information about Maine’s environmental issues. I kept a running list of projects I worked on, and it is far too long to comprehensively relay here—I was certainly never bored. My experience here far exceeded any and all expectations that I could have had coming into the summer, and I am very grateful to all of the NRCM staff for the chance to immerse myself in Maine’s environmental politics and policy. I’d especially like to thank Pete Didisheim, who coordinated between NRCM and Bowdoin to set up the internship and was a constant source of valuable insight into the world of political advocacy. 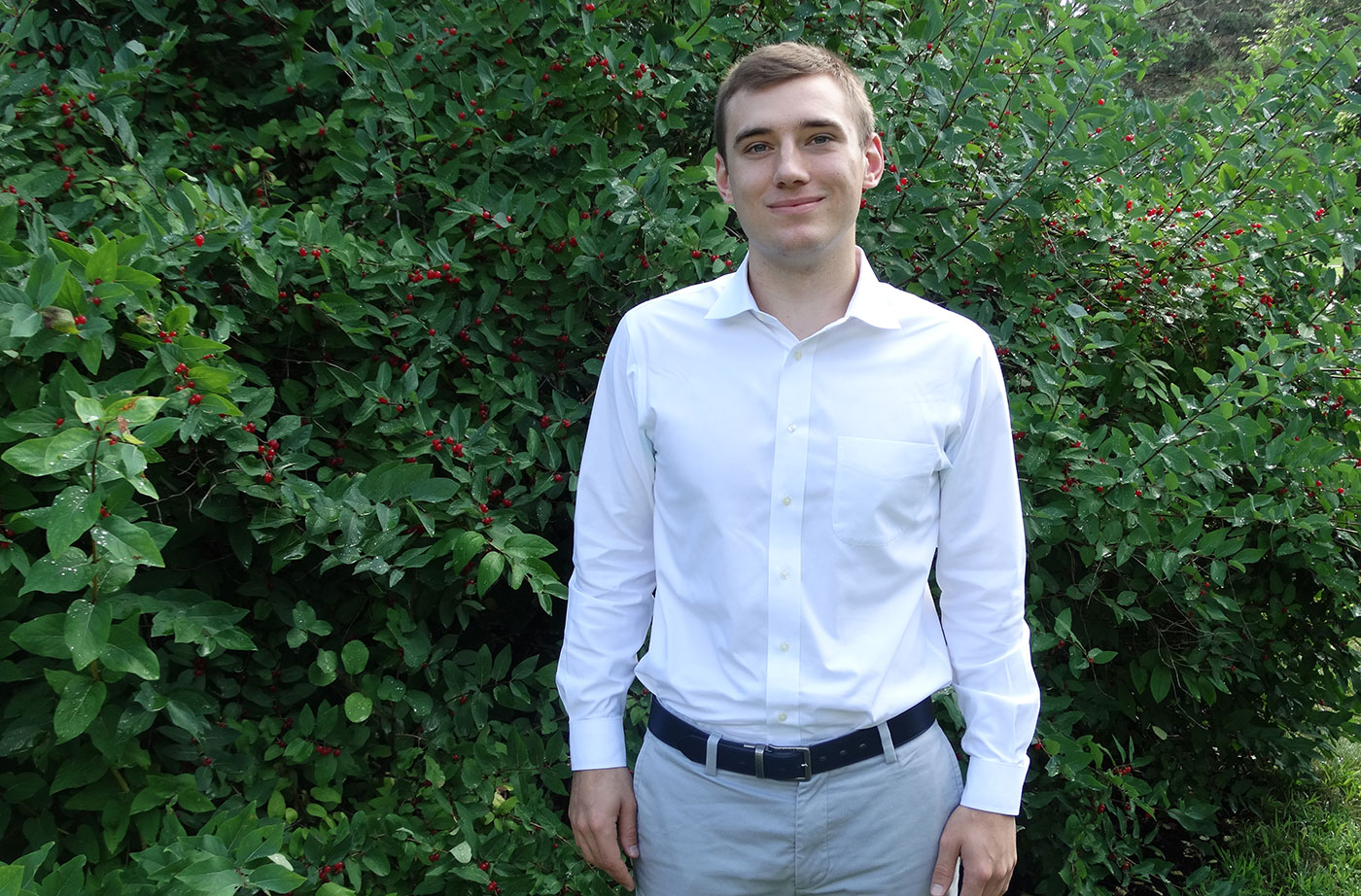 On a separate note, I’d also like to thank whoever kept restocking the office candy bowls with Reese’s Peanut Butter Cups (though, as I was editing this, I got up to go get one of the aforementioned Reese’s Cups, and they had been replaced with Take 5 bars; and, as I was editing this again, the candy bowl is empty), and that one Dunkin’ Donuts cashier who quickly learned my order by heart, but was tragically fired during the first week of July.

Reflecting on the summer—which passed far too quickly—I am blown away by the diversity of projects I had the chance to work on. I researched nationwide renewable portfolio standards, national electric vehicle advocacy groups, American “climate leaders,” formats for voting guides published by nonprofit organizations, pricing points for lawn signs, and much more. I sat in on early summer legislative sessions and attended various committee meetings in the Capitol (one thing that will stick with me for a long time was Senator Saviello’s habit of repeatedly detaching and reattaching his reading glasses, which clipped together in the front with a magnet; I also enjoyed listening to Representative Bob Duchesne’s good-natured end-of-session roast of his fellow representatives). I helped put together a spreadsheet that mapped Maine legislators based on their voting records of recent environmental bill veto overrides (of which there are a lot). I made phone calls to inform Mainers about a public meeting on the proposed CMP transmission line (the most contentious phone call ended in a former CMP employee hanging up on me midsentence). I updated NRCM lists of Congressional staffers, social media followings for environmental organizations across the country, and potential coalition partners for future environmental policy battles. I sat in on countless meetings and (often, without an invite, a function of my desk’s placement in the office and distinct lack of walls) listened to a lot of phone calls.

My favorite moment of the summer, however, accompanied one of my least-flashy—at least initially—projects. Starting in early July, when I didn’t have more pressing tasks, I compiled voting data on ballot questions that allocated funding for Land for Maine’s Future, tracking YES and NO voting totals from each municipality in 1987, 1999, 2005, 2007, 2010, and 2012. It was, to say the absolute least, a tedious process. Only the data from the last two rounds of voting—2010 and 2012—were available publicly. I had to request the rest from the Secretary of Elections office. They emailed me hand-scanned PDFs of data from 1987 and 1999, and gloomy HTML files from 2005 and 2007.

This project bubbled in the background for almost the entirety of July. There would be afternoons where there were no blog posts to write, or no lists of phone numbers to cold call for about public meetings, or no research to do—those office hours would find me with headphones in, listening to basketball podcasts, entering the voting data for LMF ballot questions by hand for more than 550 voting districts, from Abbot to York.

Last week, I finished the spreadsheet. I checked the math, county by county, year by year. The document is 572 cells deep and 36 columns wide. I say all this to give context for my favorite moment of the summer. I had the opportunity to sit in on a meeting of the LMF Coalition in Brunswick in mid-July. During the course of discussion, with representatives from several environmental organizations talking strategy around how to get LMF reapproved in the coming years, my spreadsheet was mentioned and I got to explain what I was doing. The reaction blindsided me. People were excited about it. They talked about how useful a comprehensive voting history of LMF would be, how it could provide important context for the legislators of specific districts, how it could enhance campaigns in the future. It’s a little cliché—an intern having an epiphany where they realize: “Wow, this actually matters!”—but that’s exactly how I felt. It was amazing. Of course data matters. The canonized “intern” activities—data entry, research, citizen calls—these all matter. And if you’re on the blog right now, reading this post, that matters, too. Website traffic makes a difference. If you’re an NRCM member, if you’ve ever come to a public meeting, if you’ve voted in a local election with environmental issues swirling around in the back of your mind—all that matters.

I had the opportunity this summer to learn not just the day-to-day operations of a environmental advocacy organization like NRCM, but to better see the 10,000-foot view, and observe the role that public interest organizations can play in government at all levels. Paying attention to the little gears that turn in the background is how we can make a difference at the municipal, state, or federal level—there is no 10,000-foot view if there’s nothing to see at ground level.

A final round of thank-yous: I’d like to thank Pete Didisheim again, for making my internship here possible to begin with. Thank you to Todd Martin, who made the mistake of letting me know that he follows the NBA and so was subjected to daily and completely unasked-for monologues about why the Sixers are better set up for the future than the Celtics (they are, by the way). I’d also like to thank Beth Comeau, for editing everything I wrote this summer and giving me invaluable perspective on environmental writing and outreach (as well as allowing me to keep 75 words in this post about candy, Dunkin Donuts, and, near the end of this paragraph, office dogs). The entire wing of the office near my cubicle—Emmie Theberge, Judy Berk, Kristin Jackson, Sophie Janeway, Dylan Voorhees, Nick Bennett, Carly Peruccio, Cathy Johnson, and Sue Ely—deserves a huge thank you, for tolerating my habit of barging into their offices asking for things to do and for not (openly, at least) judging my summer-long lunch diet of two pounds of frozen vegetables. An additional thank you to Stella, the cutest baby pug I’ve ever seen, and Nila, who sometimes would ignore me completely and other times would whine if I didn’t stop and pet her. Everyone at NRCM was so thoroughly warm and friendly and genuinely interested in making my summer here the best and most enriching it could be, and I am thankful for every day I was able to be here.