Reflections on the 2021 Maine Legislature

If there’s one thing that’s for certain about 2021, it’ll be like no other we’ve experienced in our decades advocating for the environment. With a new Administration in Washington and Maine’s 130th legislative session kicking off, we have an opportunity for a reset, both in tone and substance. That’s how the Natural Resources Council of Maine (NRCM) sees this moment, as we gear up to achieve enduring, bipartisan solutions to protect our environment and act on climate.

The November 2020 elections ushered in 46 brand new members of the Maine House of Representatives–representing nearly one-third of the chamber.

Lawmakers have proposed 1,689 bills for the Maine Legislature to consider. NRCM has identified more than 280 that are of potential interest—including 120 that address climate and energy issues. Many bills would begin to implement key strategies in Maine’s new Climate Action Plan, especially in clean energy and weatherization. Other proposed bills would curb out-of-state waste; require manufacturers of packaging to help finance municipal recycling programs; invest in land conservation and state parks; and curb harmful pesticides and reduce other toxic pollutants. Be sure to visit NRCM’s Legislative Bill Tracking page for updates on all these priority bills. 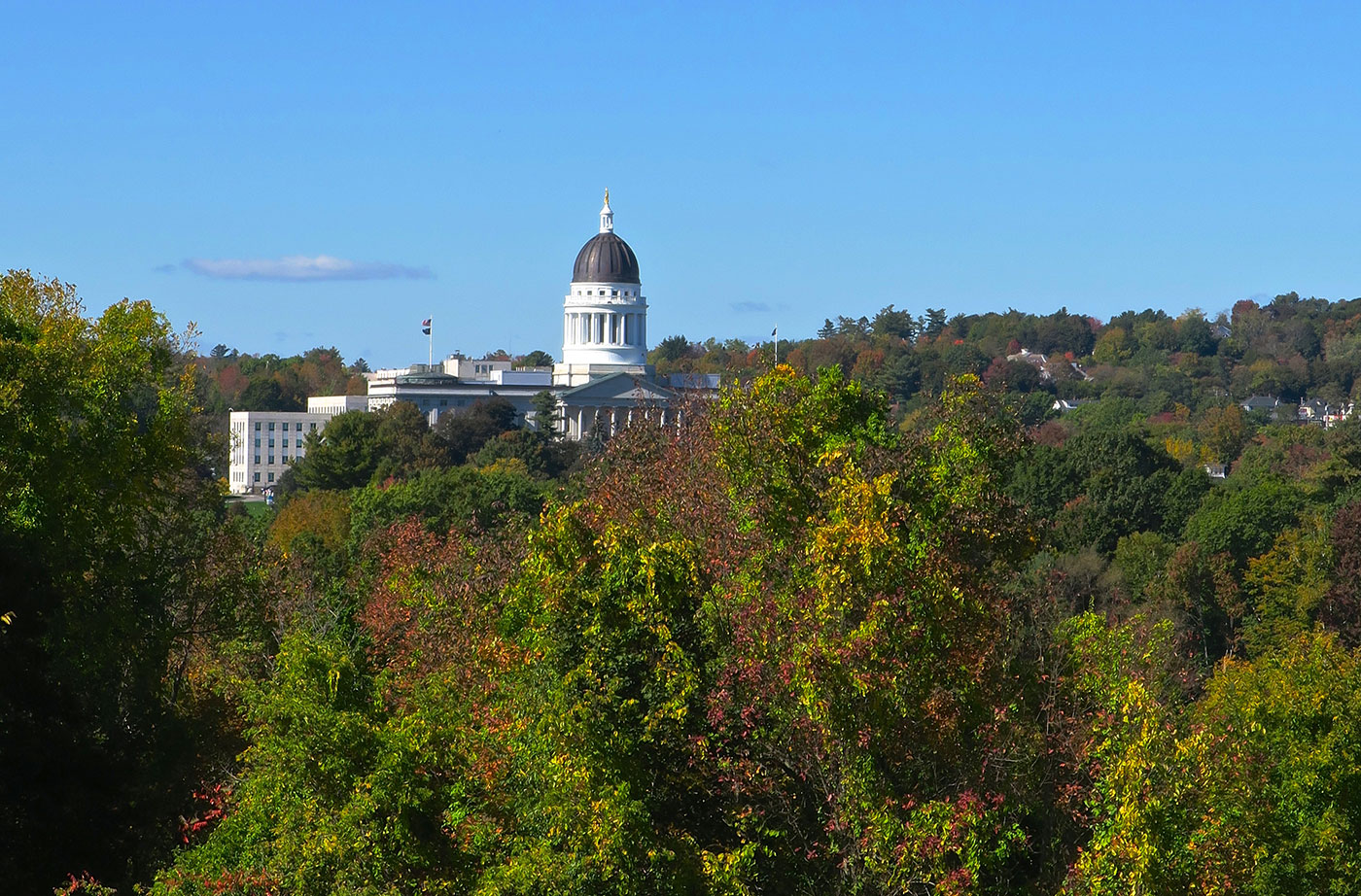 The Maine State House as seen from Howard Hill, a Land for Maine’s Future site. Photo by Judy Berk

Together with our friends and partners in the Environmental Priorities Coalition (EPC), we’ve also identified a “Common Agenda” of priority bills that will advance climate action, accelerate our transition to clean energy, reduce pollution, and protect Maine’s woods, waters, and wildlife. These are bills that the 32 environmental, conservation, and public health organizations in the EPC have agreed to work on together to maximize our chances of winning for Maine’s environment, public health, and clean energy future:

There are also a number of proposed bills that NRCM will oppose because they seek to roll back some of Maine’s successful and common-sense environmental laws. Four different lawmakers are introducing bills to overturn Maine’s ban on single-use plastic bags. Rep. Faulkingham (R-Winter Harbor) has introduced a bill that would prohibit all offshore wind power. Other bills would place a cap on the number of public lands in Maine and weaken Maine’s solar energy laws.

Key legislative committees will start meeting at the end of January for general orientation sessions via Zoom, with initial public hearings slated for the first week of February. Public testimony will be delivered via Zoom, with members of the public required to sign up in advance through the committee clerks, and public hearings available to be watched live on the Legislature’s YouTube channels, listed by committee.

One great way to keep up-to-date with the latest happenings in Maine’s Legislature and Washington, DC, is to tune into our podcast, which features a new format to keep you informed about the most significant developments that could affect Maine’s environment.  Every two weeks, Advocacy Communications Director Colin Durrant will be speaking with NRCM’s advocates and experts to bring you a quick, concise summary of the latest news and information you need to know about Maine’s environment.