Maine Community Science Initiative Continues to Grow – and Save Amphibians 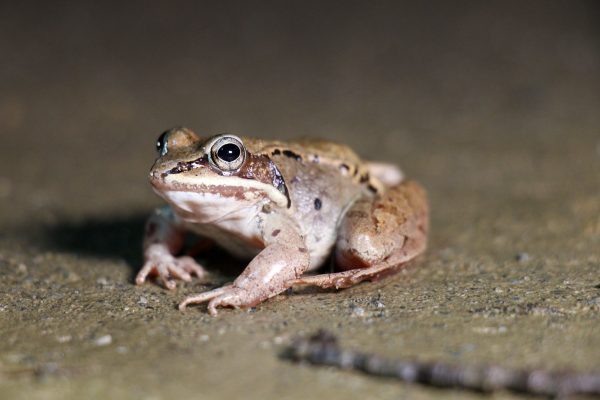 Community science is a fast-growing approach of engaging people in nature and getting big, important data to scientists and decision-makers. Rather than relying on a few scientists to collect data, which is a huge and time-consuming task, community science projects utilize an army of volunteers with varying level of familiarity with science – from kindergarteners to retired seniors – can greatly expand research efforts to understand larger issues.

Throughout the northeastern US, frogs and salamanders make annual migrations to and from their breeding wetlands in the spring. These migrations tend to be intense, with most movement happening in only a few nights; their movements are entirely limited by a set of “goldilocks” conditions that provide a warm and wet enough environment for them to safely move in. This means nighttime temperatures above ~45F and enough rain to wet the ground, and when these factors come together, movements can be explosive!

Sadly, this can make for major issues for migrating amphibians. First, many must migrate over roadways to get to their breeding wetlands; this results in many getting hit by vehicles (if you’ve never noticed a migrating salamander while driving, you’re not alone!). Combine the problem of many of them migrating side-by-side, and it becomes possible for even just one poorly timed car to set a population’s doomsday clock closer to midnight. 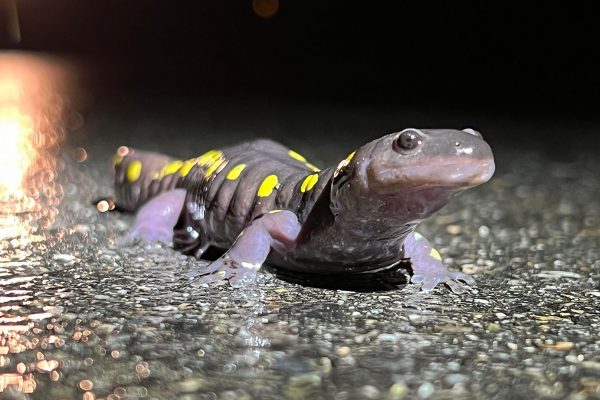 2022 was the fifth season of Maine Big Night, a statewide community science project focused on not only ensuring as many of these animals survive their road-crossing journey as possible, but also collecting data for research and management projects. The project is operated by hundreds of volunteers, with numbers growing each year; in 2022 alone, more than 400 people became certified and 225 submitted data as the primary data recorder. That’s nearly double the number of people who submitted data in the previous four years!

In the science world, and especially in the community science world, special care must be taken to ensure only quality data is used in analysis (although, volunteer scientists often produce data with the same scientific rigor as professional scientists!). After the end of every season, we review our data submissions to compile those that meet data quality standards. While we are still in this stage for the 2022 season, results are likely not to waver much from the numbers below.

This year, volunteers recorded data on 8,507 amphibians; this is more than the previous four years combined! Of those, 2,522 were found dead, giving us an approximate mortality rate of 29.65%. This is higher than usual; in past years it fluctuated between about 15-25%. Why this mortality rate is so much higher is unknown, but it could be due to variation in how surveys were conducted (who was surveying, where was surveyed, etc.) or actual changes in the environment, such as increased cars on the road. 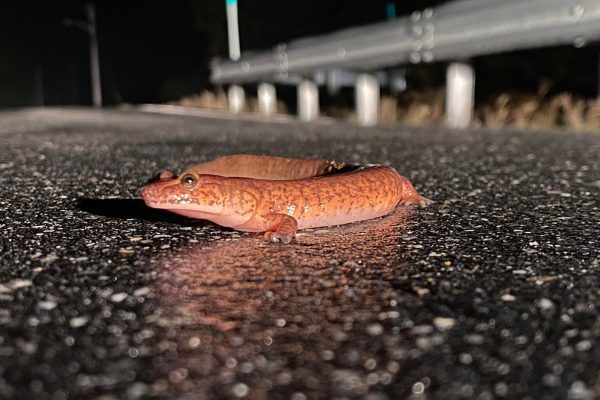 Interestingly, we were short on a few species this year; we had no sightings of mink frogs, northern two-lined salamanders, or northern dusky salamanders—we’ve had a handful of each in years past! We did, however, get a confirmed report of spring salamanders on roads in Newry, but sadly this was not submitted as an MBN observation. This would be a first for the project. Certainly, something to keep an eye out for next season!

With five years of data collection now under our belt, we are starting to look forward to how to best leverage our data. The federal infrastructure bill, which passed congress last fall, contains $350 million specifically for wildlife crossings structures—structures that could potentially reduce the issue of road mortality to near zero in these hotspots. Through collaborating with the Maine Department of Transportation (MDOT), we expect to use our data to find an overlap with MDOT needs (maintenance, other wildlife road mortality hotspots, etc.) and use this federal money to install wildlife crossings throughout the state. These infrastructure solutions may be years down the road, but the process of making a friendlier landscape for wildlife has begun!

—by Greg LeClair, founder of Maine Big Night and a 2022 Brookie Award winner