With new funding streams coming in and plans progressing to improve our walking and biking paths, we have a lot to be hopeful for in Maine. In the coming years there will be myriad opportunities to engage at the local, state, and federal levels to advocate for community trails. Such an investment would be not only a great recreational and economic investment but also make our communities safer for non-motorized travel while providing yet another excuse to stay out of our vehicles and spend more time outside. 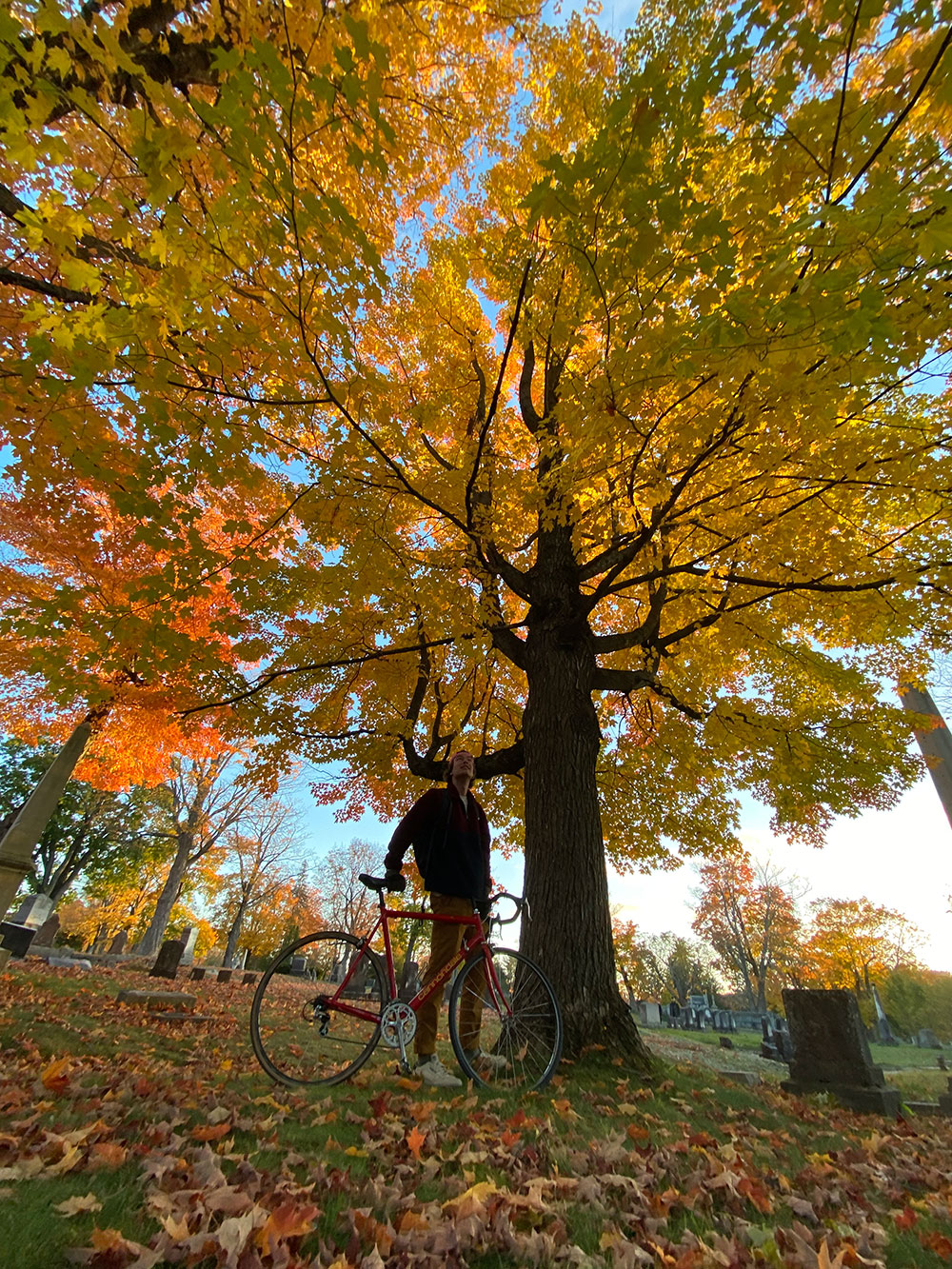 We’ve all heard of the Appalachian Trail (AT), the 2,190-mile footpath spanning from Georgia to Maine through some of the most beautiful wilderness east of the Mississippi. The trail represents a monumental undertaking for any hiker and is completed by only the most prepared and experienced of backpackers. Even more widely known is Interstate 95, connecting Maine and Florida via 1,908 miles of asphalt allowing only motor vehicles, though even novice drivers can safely take it on with adequate focus and endurance. Folks may be less familiar with a hybrid trail that parallels both renowned routes along the eastern seaboard, but as active transportation garners more attention and investment, this alternative path may just reach the same level of prominence as its famed counterparts.

The East Coast Greenway connects 15 states over 3,000 miles from Maine to Florida, stringing together walking and biking trails through 450 cities along the most populated corridor in the United States. As opposed to the AT, which is intended to take users over arduous terrain out of sight from urban infrastructure, the Greenway intentionally runs through populated centers to provide an easily accessible avenue for recreational or functional use. However, unlike I-95, the trail is designed for active transportation and caters toward non-motorized travel. This way, users can walk, bike, wheel, or run along scenic byways that connect homes to work, businesses to customers, and people to important services.

In Maine and many other states, transportation represents the largest source of greenhouse gas pollution that contributes to climate change. The East Coast Greenway not only provides commuter and recreational opportunities, but also reduces the number of vehicle miles traveled in a given region, thereby tackling climate change while introducing a host of other benefits for local users.

As any great trail should, the East Coast Greenway begins in Maine, originating just shy of the Canadian border in Calais. Maine boasts 367 route miles spanning from Calais to Bangor to Kittery, though only 136 of those miles are comprised of developed trail. The rest is connected by road, which can be problematic for those looking to make the entire trek. As most Mainers can attest, it can be difficult to travel on a Maine roadway in any manner other than a vehicle given a design catered toward high-speed travel in cars and trucks. Efforts by the East Coast Greenway Alliance are ongoing to extend developed trail and connect disparate sections to improve user safety and fulfill the intended mission to provide a viable alternative to vehicle travel.

The longest contiguous stretch of developed offroad trail in Maine is the Downeast Sunrise Trail, spanning 87 miles from Pembroke to Ellsworth along the former route of the Maine Central Railroad. Started in 2009, the final two-mile stretch of trail was completed in 2016 thanks to the tireless efforts of the Sunrise Trail Coalition. The seven-year project was no small feat and is a great testament to what can be accomplished with adequate investment and planning. 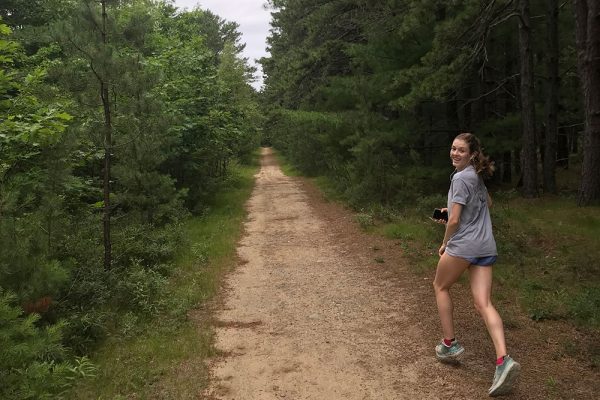 So far, I’ve only been able to test out about 17 of those 136 Maine trail miles, but I’ve given each of those 17 a fair chance walking, running, and biking. The 6.5-mile Kennebec River Rail Trail between Gardiner and Augusta gave my parents a scenic opportunity to let my brother and I blow off steam as we grew up in the region, but it also connects the three historic economic centers of Gardiner, Hallowell, and Augusta along the Kennebec. The shorter but equally scenic Lewiston Riverside Trail provided a great running route during my time at Bates College, and the Androscoggin River Bicycle Path has served on multiple occasions as a phenomenal prelude to a dinner out in Brunswick. Living in Portland, I now have close access to the six-mile South Portland Greenbelt, along which I’ve towed a few picnics from the Wainwright Athletic complex to Bug Light Park overlooking Casco Bay. The thought of connecting any of those routes with continuous walking and biking trails is not only exhilarating, but entirely within our reach.

Such a vision is being carried forward by groups like the Maine Trails Coalition and the Casco Bay Trail Alliance in coordination with the Maine branch of the East Coast Greenway Alliance. The Maine Rail-Trail Plan paints an exciting picture of what the state could look like if we were to fully invest in creating multi-use trails on unused rail corridors while maintaining a vision for extended Amtrak and commuter rail service. Collectively, the 18 projects that have been identified by the Maine Trails Coalition would add 250 miles of trails to the state, both along and beyond the route of the East Coast Greenway. The Casco Bay Trail Alliance has also presented a compelling conception of Maine’s rail-trail future with maps of potential routes for passenger rail and multiuse corridors based on a 2021 Maine legislative session that featured five complementary bills seeking to investigate the expansion of rail and associated trails. These plans give shape to an achievable future of non-polluting connectivity between towns and communities that are now only accessible to each other by cars and trucks.

The merit of greenways extends beyond utility and recreation to proven economic benefits. A 70-mile section of the East Coast Greenway running through North Carolina was found to generate more than $90 million in annual economic benefits according to a 2017 study, a result that has been supported by similar studies in Philadelphia, Baltimore, and elsewhere. Greenways provide a draw for tourists, an avenue for new business development, a boost to local property values, and a conduit for residents to reach local economic centers more easily. 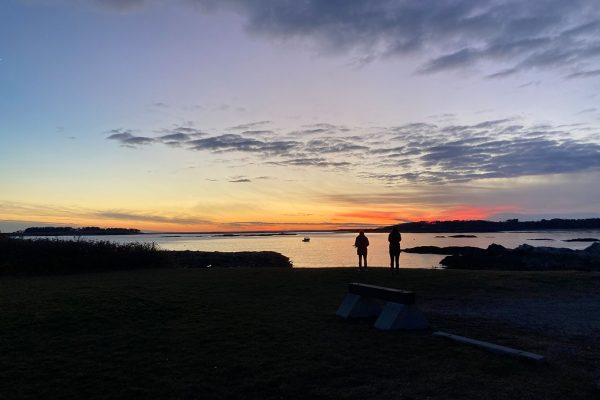 Other communities in Maine have developed walking and biking trails on a smaller scale, providing non-motorized connectivity for local residents and visitors. Land trusts and trail coalitions around the state have developed, maintained, and connected public access trails over the years, though most of them are more traditionally oriented toward outdoor recreation and less toward commuter travel. The Cross Town Trail in Cape Elizabeth breaks that mold, meandering along eight miles through neighborhoods, the downtown center, two public schools, and several public parks en route from the beautiful Kettle Cove to Fort Williams Park, home to the iconic Portland Head Light.

I had the opportunity to traverse the Cross Town Trail last weekend with a few friends and was struck by the simplicity, beauty, and utility of the trail. Having grown up in rural Maine, the only way to get from place to place was by car or truck, but a well-placed trail could have gotten me to school and back by bike or foot without risking the dangers of a busy road shoulder.

Multiuse trails represent low-cost opportunities to improve community standards of living. Whether a massive scale project such as the East Coast Greenway or a local town connector like the Cross Town Trail, walking and biking routes have the potential to resolve one-dimensional transportation habits, improve local economics, and provide healthy alternatives to polluting vehicle transportation.

There are several new and anticipated streams of federal funding coming to Maine to address transportation infrastructure. The American Rescue Plan and the Infrastructure Investment and Jobs Act were both passed into law this year and contain dedicated funding for transportation initiatives in the state. The Build Back Better Act remains on the brink of passage and contains historic funding opportunities for electric vehicle expansion and public transit. At the same time, the Maine Department of Transportation is preparing a Statewide Active Transportation Plan to improve and extend Maine’s network of walking and biking trails. These new plans and funding opportunities are promising, but there is still work to be done to ensure that money is allocated to multimodal transportation and not subsumed by other priorities.

I hope you’ll join me in pushing our state to fully realize the benefits multimodal trails bring.