Five Endangered Species from Maine You Should Know About

Each species has an important ecological role to play in the web of life. Diverse ecosystems are more resilient to change, and collectively, the planet’s array of plants and animals provide valuable services, helping clean our air and water, cycle nutrients, prevent erosion, provide food and fiber, offer recreational opportunities and places of solace, and can be studied to create medicines or lead to discoveries that improve lives. Yet globally, one million species are at risk of extinction due to climate change, pollution, habitat loss, invasive species, and exploitation.

One tool that has and can continue to help address this biodiversity crisis is the U.S. Endangered Species Act (ESA). The ESA, signed into law in 1972, has been incredibly successful at protecting species across the nation from the brink of extinction, like the Bald Eagle here in Maine. A total of 2,244 species are listed under the ESA, 1,618 of which are found in the U.S., as reported by the Center for Biological Diversity. In the law’s history, dozens of species have been delisted due to successful recovery efforts.

Today is national Endangered Species Day, and to celebrate, the Natural Resources Council of Maine (NRCM) is sharing information about five Maine species that are listed as threatened and endangered under the U.S. Endangered Species Act:  Red Knot, Furbish lousewort, northern long-eared bat, rusty patched bumblebee, and leatherback sea turtle. You can help protect these species by encouraging our Members of Congress to take action in Washington, D.C., to curb the decline of wildlife and plant populations across the country. 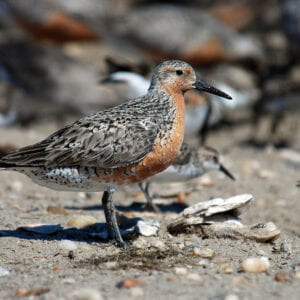 The Red Knot, a species of sandpiper, is perhaps most famous for its incredible ability to migrate 9,000 miles each fall and spring, some flying from the shores of southern South America to the Canadian and Alaskan Arctic, one of the longest migrations of any bird species. In Maine, these sandpipers can be seen during migration season on beaches and mudflats along the coast, where they feed on horseshoe crab eggs, sand fleas, and other small marine invertebrates to replenish and continue their journey. It wasn’t until 2014 that this species was declared threatened under the ESA. This declaration was monumental because, for the first time, the U.S. cited climate change as one of the primary threats to a bird species. Climate change impacts include ocean acidification, warming temperatures, and rising seas that threaten feeding areas, roosting islands, and shellfish populations that make up a large portion of the Red Knot’s diet during certain times of the year. Other serious threats include the harvesting of horseshoe crabs, coastal development, and human disturbance along the shoreline.

The only place in the world where the Furbish lousewort can be found is on the Saint John River in Maine and Canada. The reason for this is that the Saint John River has a unique pattern of freezing, thawing, and flooding that provide just the right amount of disturbance for this plant to grow without competition. Furbish lousewort is a perennial herb and a member of the snapdragon family, first discovered and identified in 1880 by a Maine botanist named Kate Furbish. In 1975, the plant was thought to be extinct, only to be rediscovered a year later, leading it be become one of the first plants ever to receive federal recognition as an endangered species under the ESA in 1978. Some of the biggest threats this species faces include habitat disruption from dumping, pollution along the Saint John River, road and housing development, and careless shoreline recreation. 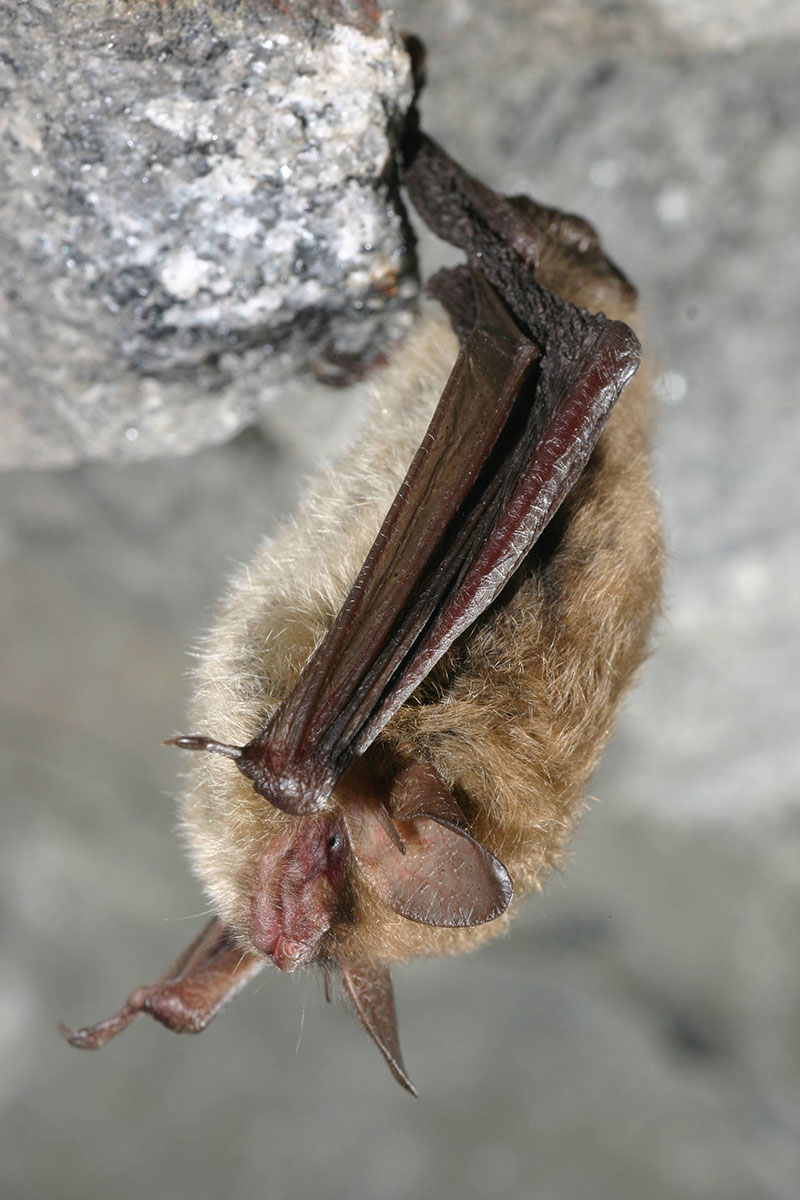 The northern long-eared bat was once the second most abundant bat species but is now facing extinction due primarily to White Nose Syndrome. White Nose Syndrome is caused by a fungus that grows on bat’s noses while in hibernation and causes them to be more active in the winter, depleting important fat storage. The northern long-eared bat has seen staggering population declines, almost 99% in the Northeast, because they spend the winters hibernating in caves and mines where White Nose Syndrome can either be transmitted by other bats or picked up on surfaces. In the summer months, this species lives under the bark of both live and dead trees where loss of forests also threaten its survival.

The rusty patched bumble bee is a keystone species because of its important role in pollinating crops, specifically blueberries, cranberries, clovers, and tomatoes. It is estimated that the monetary value of the bumblebee’s pollination services would be $3 billion annually. A variety of factors including pesticides, habitat loss, disease, intensive farming, and climate change have caused the population of all bumblebees, and specifically the rusty patched bumble bee, to decline almost 90 percent. Although this species is native to Maine, the last known sighting in the state was in 2009 by a University of Maine professor in Stockton Springs. This species prefers living in colder climates and can be found in a variety of landscapes including woods, marshes, farm fields, suburban parks, and gardens. 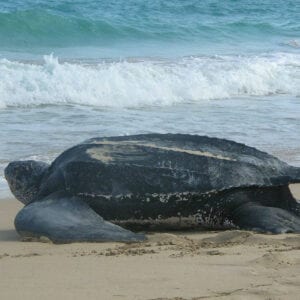 The leatherback sea turtle is the largest sea turtle, growing up to seven feet and weighing more than 2,000 pounds with one of the longest migration tracks. It can dive up to 400 feet and is the only species of sea turtle without a hard shell and scales. Their name comes from their rubbery skin, which they maintained throughout their evolutionary history, tracking back more than 100 million years. Although their habitat is widespread—they can be found in the Atlantic, Pacific, and Indian Oceans—leatherback sea turtles are facing rapid population decline due to climate change, egg collection, fishery bycatch and entanglement, marine debris and ocean pollution, vessel strikes, and loss of habitat.

In order to keep these incredible species on track to recovery, we need action across all levels of government to protect biodiversity. U.S. House Resolution 69 calls on federal agencies to establish a national biodiversity strategy and, if enacted, would result in a comprehensive and collaborative approach across government to address species declines. NRCM thanks Congresswoman Chellie Pingree for cosponsoring H.Res. 69, and for her continued leadership on conservation and wildlife protection.

Investing in proven strategies and programs can also help, and increased ESA funding is needed to address worsening pressures on plants and animals. Please join us in celebrating Endangered Species Day by encouraging Congresswoman Pingree, as House Chair of the Interior and Environment Appropriations Subcommittee, to make protection of threatened and endangered species a priority. We urge all members of Maine’s Congressional delegation to support establishing a national biodiversity strategy and increased funding for the ESA.