When I stopped by to talk to Don Cote at the Duck Pond Wildlife Center today about this month’s column, I was surprised to find all but one carrier empty of critters! Usually there are a variety of newly admitted chipmunks, squirrels, skunks, possums, and young porcupines or raccoons in small cages or carriers in the living room and Carleen’s doll collection room. Today, the two incubators were empty, there were no residents at all in the doll room, and only one “patient” in the living room, a severely injured gray squirrel resting on its blanket in a cage.

My first thought was to write about the few remaining critters and plans for release or hold over until spring when fully rehabbed. As we chatted, though, Don started to tell me about his experience that morning with Jeff, a longtime volunteer, who had come over to help move the three bobcat kittens into a larger cage. 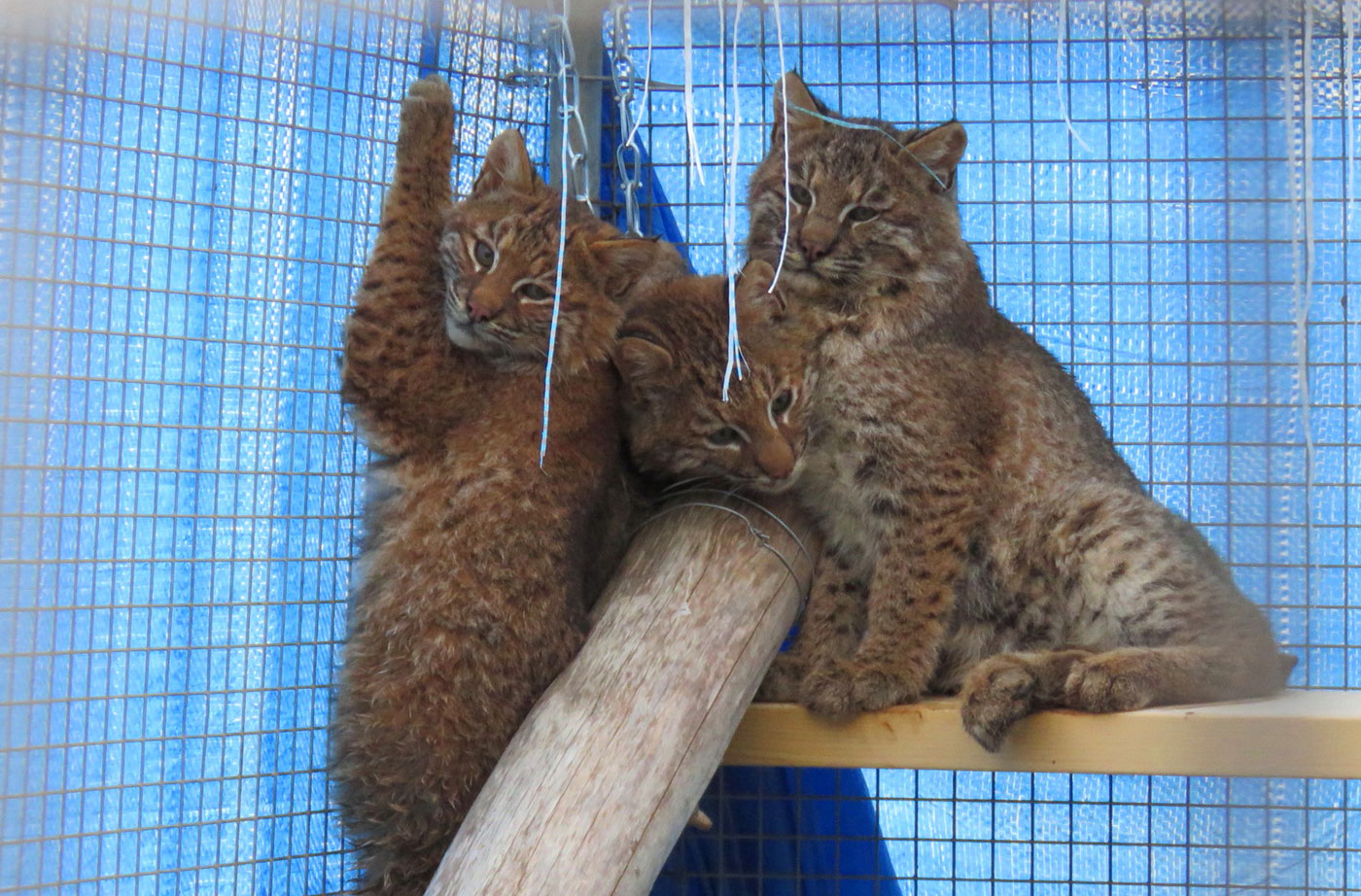 All three kittens were trapped and brought to the Center in late June and looked to be only about a month old. As they were siblings, they were kept together in a small pen away from the other animals, and their diet has consisted mainly of milk and canned dog food. At quick look, Don thought he had two males and one female. Now that they’re five or maybe six months old, it’s time to separate the boys from the girls as they’ll likely be overwintering because they’re too small and lack hunting experience for release this fall.

Don and Jeff had thoroughly cleaned two large pens which had previously housed foxes and put a rear platform and small log for access in each of them. The plan was to set three traps to catch the kittens separately so they could be sexed and sorted accordingly. The kittens, however, were naturally fearful and not cooperative. In their nervous running around, they managed to knock over and spring all three traps. The traps were reset and located in different areas of the pen, with better success. As I write this, all three are in one new pen, crouched up on the platform and warily eyeing their new surroundings. The individual traps are back in place, baited with raw chicken pieces, in the hope each cat will be caught and separated according to sex. Both larger pens are side-by-side, so even though one will likely be alone, s/he will be close to its litter mates for company. 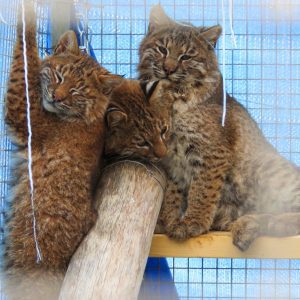 I asked Don how their diet had changed over the summer. Our three little kittens have graduated from milk three or four times a day to a mixture of milk and three different kinds of canned dog food. He’s just started to put in a few small pieces of raw chicken injected with vitamins; eventually they’ll be weaned off the milk, then the dog food, and eat only raw meats. I’ll give another update in a few months.

The Wildlife Care Center greatly appreciates the continuing assistance from other rehabbers to help while Don and his long-time volunteer, Amy, deal with health issues. We ask that you check these websites to see if there is a rehabber closer to you to help make critter care at Duck Pond more manageable: www.mainevetmed.org/wildlife-rehabilitation or www.maine.gov/ifw/fish-wildlife/wildlife/living-with-wildlife/orphaned-injured-wildlife/rehabilitation.html – Donald Cote operates Duck Pond Wildlife Care Center on Rte. 3 in Vassalboro. It is a nonprofit State-permitted rehab facility supported by his own resources & outside donations. Mailing address: 1787 North Belfast Ave., Vassalboro, ME 04989 Phone: (207) 445-4326. email: thewildlifecarecenter@gmail.com