I love chatting with Donald Cote at the Duck Pond Wildlife Center. He always has a story (or two or three) to share and I never know what little critters I’ll find harbored in his living room and the area that used to be strictly for his late wife Carleen’s doll collection.

My July visit left me almost speechless, which doesn’t happen very often! I’m always expecting to see a couple chipmunks or squirrels recuperating in their respective cages, and as spring has turned into summer, various kennels with young raccoons and porcupines. However, on this particular day his living space was filled with kennels and carriers, many stacked upon each other. He had no less than 25 raccoons, four baby skunks, six porcupines, a young fisher, and several chippies and squirrels. I didn’t even count the outside enclosure inhabitants, but foxes at various ages certainly outnumber any other species. 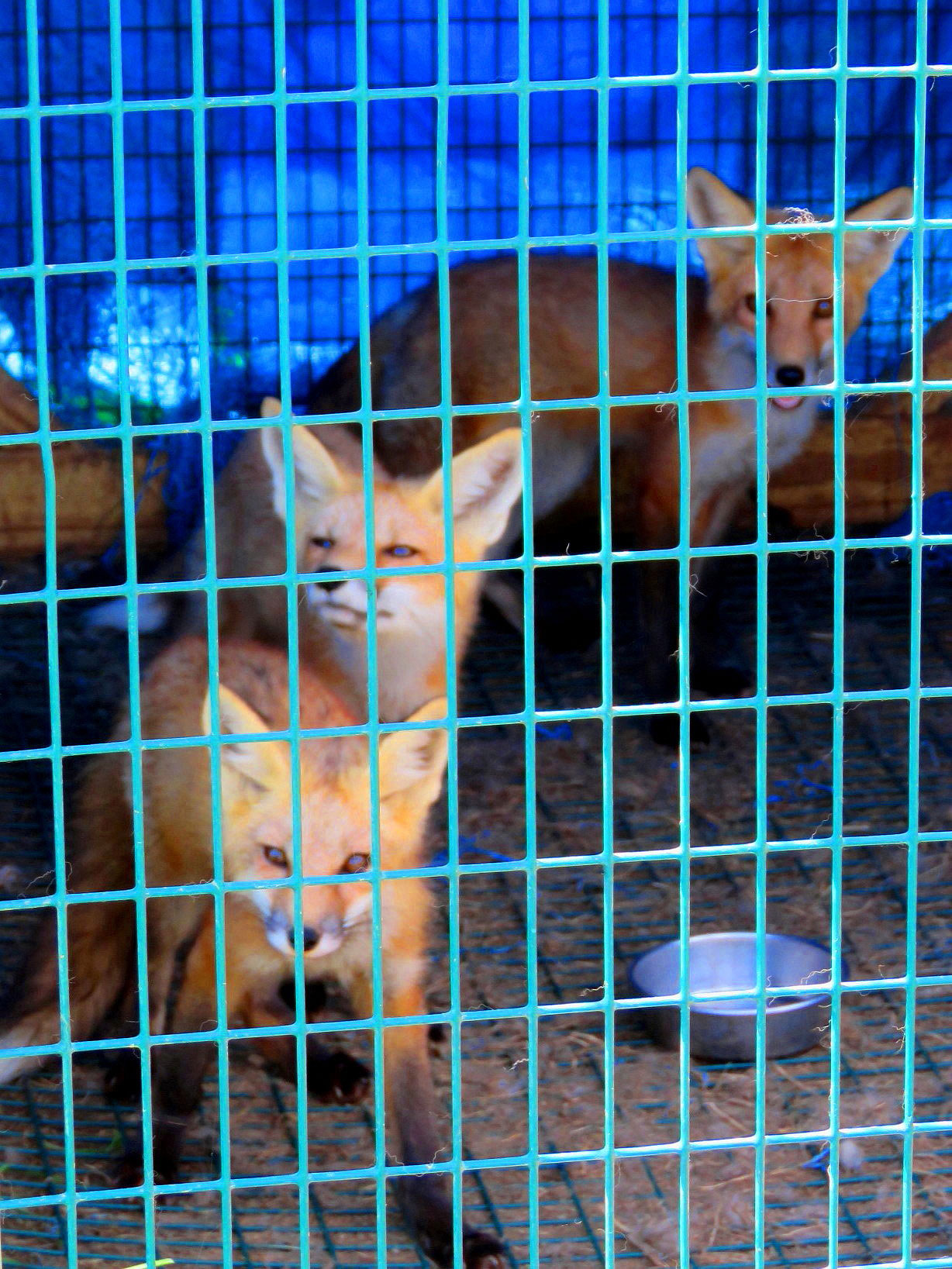 Some of the foxes being rehabilitated at Duck Pond. Photo by Jayne Winters

Don told me at our first meeting that foxes and fawns are his favorite critters; I enjoy listening to him reminisce and last month he told me about a recent incident involving three fox kits. Young foxes are kept in a 4 x 4 x 8 pen and this particular litter had a female which was a little larger than her siblings. She was enticed into a carrier at mealtime to eat separately so the other two would get their share, but at one of the feedings, a young male scooted into the carrier first, followed by his larger sister. In an attempt to get the male out, Don tipped the carrier and the kit accidentally hit the latch on the pen, giving him the opportunity to run free with his female partner in crime right behind him. She left the area immediately, but the male hung around the enclosure. Don spent hours trying to coax him back into the pen, using a flexible wire, a 100-foot extension cord and rope in his efforts to pull the latch/door closed if he was to enter, but the kit was wary and wouldn’t get closer than 12-15 feet from Don. Unsuccessful at recapturing him, Don finally went to bed at 3:30 AM.

The next morning at feeding time, Don and the little male fox played cat-and-mouse between the evergreen trees shading the enclosure. “No matter how tame you think they are, once they get the taste of freedom, it’s a different story,” he explained. Finally, that evening, Don put the remaining third littermate into the kennel and placed it at the end of the pen where the little male could see her and the dinner dishes. Sure enough, he cautiously entered the pen, Don pulled the cord, and set the latch! The morale of the story: latches can open and need to be checked, secured and repaired on a regular basis. Don called this story, “You win some, you lose some.” Although he successfully recaptured the male, the larger female maintained her freedom and was never seen again. There are never any guarantees for survival when an animal is released, but Don felt that her chances were good as she had learned how to hunt and scavenge for dead mice which he had tucked into the pen’s hay or hidden in small logs, to acclimate the foxes from dependence on the feeding dishes to a more natural seek and hunt process. And what’s happened to the little male? The escape artist got out of the pen two more times, taking advantage of that split second when Don’s hands were carrying food dishes and that small space between his feet offered an opportunity to explore. He’s been recaptured both times (the last time with a Havahart type trap) and now awaits summer release into the wild. 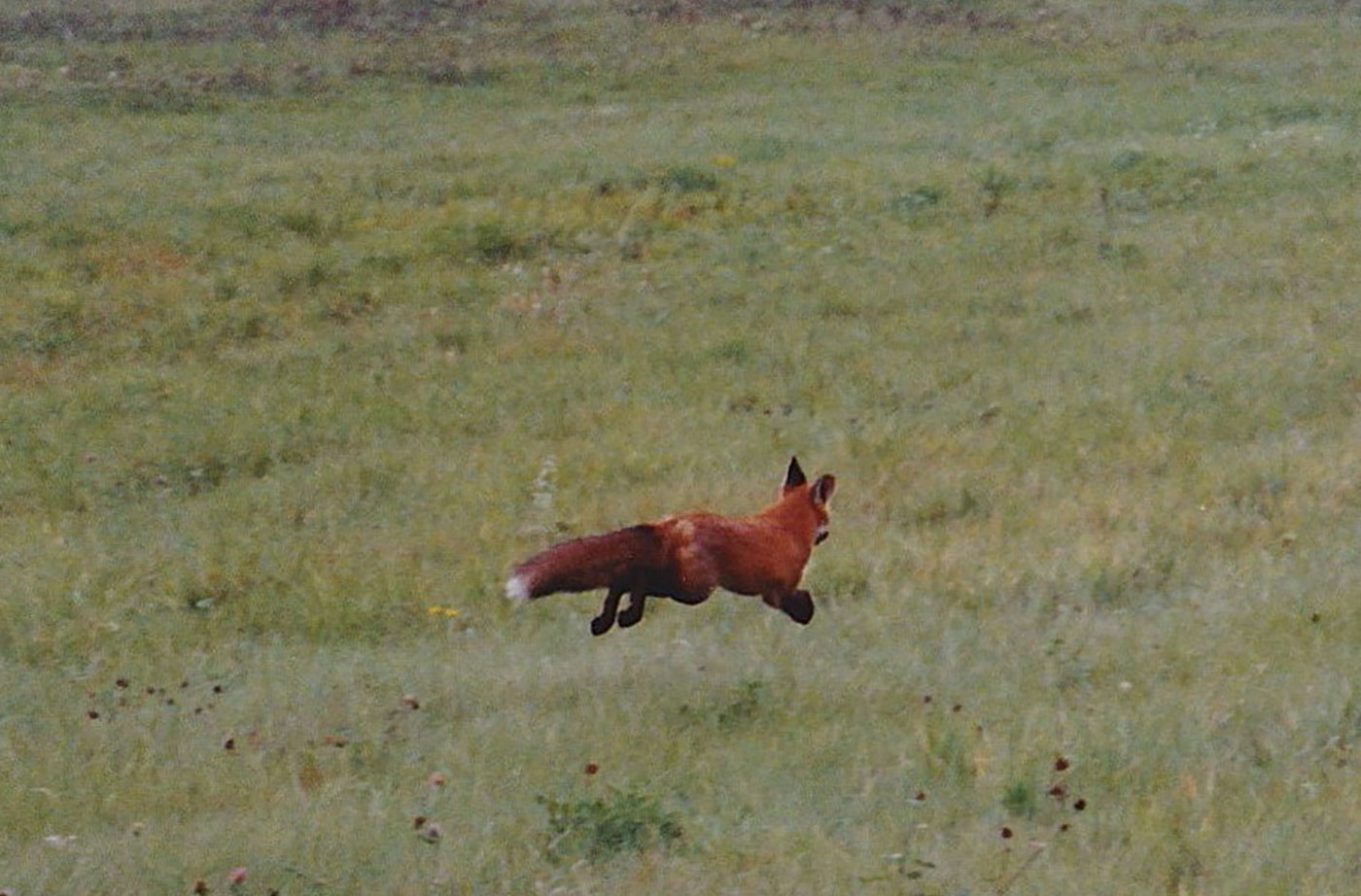