Critter Chatter: Speaking of Quarantine…Part I

As we try to adjust to social distancing, I wondered about what warrants quarantining at wildlife rehab centers. Indoor and outdoor caging is required to separate incoming injured, and perhaps sick, wild animals from people as well as other wild or domestic animals on site. It is imperative that personal safety and confinement protocols be strictly followed to prevent the transmission of disease and parasites. A “simple” scratch or bite could easily result in serious infection and costly treatment. Let this serve as another reminder that handling wildlife can be risky business and should be done by individuals with knowledge and experience.

When a new animal is admitted to the Duck Pond Wildlife Care Center, it undergoes a physical examination and is assessed for age, injuries, symptoms of illness and general demeanor. Initially, it is kept separated (litter-mates are usually kept together) so that caregivers can observe its activity, feeding habits and temperament (shy, assertive), as well as treat any wounds. If the animal is large enough, a rabies shot is administered as soon as possible. Those who work at the Center are required to have preventative rabies vaccinations if they will be handling any animals to protect themselves before possible exposure to the virus. If there is any evidence of rabies, the animal is euthanized immediately and sent to the state lab for confirmation. Booster shots are given for further protection to anyone who came into contact with the animal. 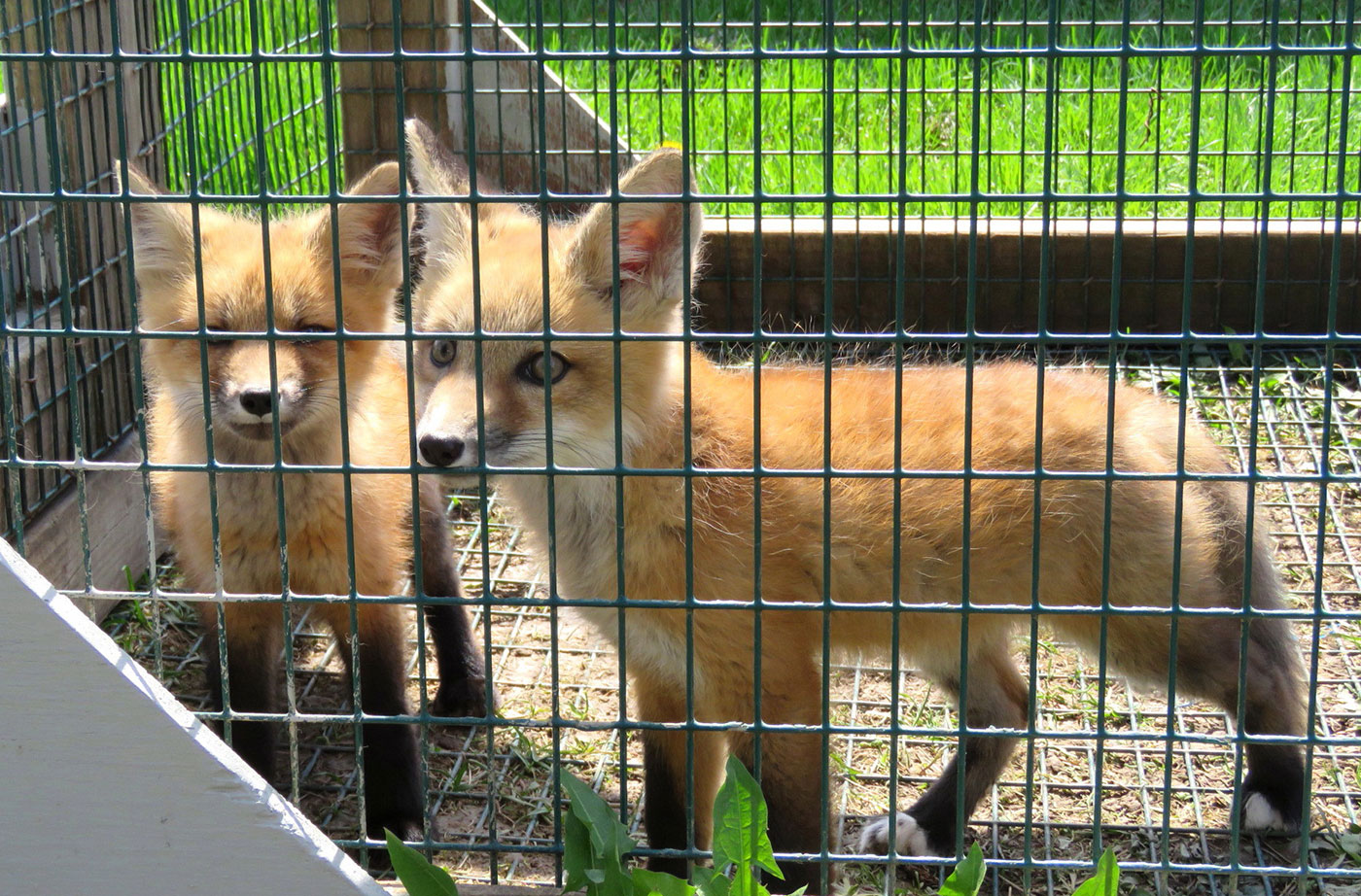 Rabies is the disease most of us think of when discussing quarantine, as it is found in our domestic pets as well as wildlife. It is a zoonotic viral disease, meaning it can spread between animals and people. The rabies virus affects the central nervous system, eventually causing inflammation in the brain. It is usually transmitted through the saliva (spit) from the bite of an infected animal, but sometimes young animals can contract it from their mothers through broken skin or mucous membranes (eyes, nose or mouth). Any mammal can be infected with rabies, but raccoons, skunks, foxes, coyotes and bats are the most common carriers. Deer, rabbits, woodchucks, squirrels, rats and mice are susceptible, but rarely diagnosed.

The incubation period for rabies — the time from getting infected to showing symptoms — can be from five days to twelve months, with an average of just less than three months. The animal has no symptoms of illness during this time, but when the virus reaches the brain, it multiplies quickly and the animal begins to show signs of the disease. Symptoms vary: some animals appear shy and fearful; some are aggressive; others stumble as though drunk or appear lame. Extreme salivation (foaming at the mouth) and convulsions can also occur. Once the clinical symptoms are seen, the animal usually dies within five days.

There is no cure for rabies and if left untreated, is fatal. If an individual has been bitten by or exposed to a rabid animal, s/he should immediately clean the wound with soap and water for 10-15 minutes, contact the local game warden or animal control officer and seek medical attention for treatment (a series of injections over several weeks’ time). In humans, the rabies incubating period usually develops within 3-8 weeks after the bite, although in some cases symptoms can occur within 10 days after being bitten. NOTE: Maine Inland Fisheries & Wildlife reported 89 cases of rabies statewide in 2019, the majority (38) of which were in raccoons.

Next month I’ll write about mange and parvovirus—both treatable diseases, but highly contagious with often heartbreaking results. Donald Cote operates the Duck Pond Wildlife Care Center on Rte. 3 in Vassalboro. It is a nonprofit federal and state permitted rehab facility which is supported by his own resources and outside donations. Mailing address: 1787 North Belfast Ave., Vassalboro, ME 04989 TEL: (207) 445-4326 EMAIL: thewildlifecarecenter@gmail.com